Eight rounds left to go and Paris St. Germain have regained the lead in the Ligue 1 title race.
Lille dropped points in defeat at home to Nimes, and Lyon were thrashed by Paris St. Germain.
Monaco moved 4 points away from Champions League qualification.

Marseille dropped a position after defeat at Nice, while Nice moved up a position to lead the bottom half of the league standings.


Nantes, Nimes, and Lorient picked up point(s) over the weekend to leave bottom-table Dijon the only team at the bottom end of the league standings to finish the round empty-handed. 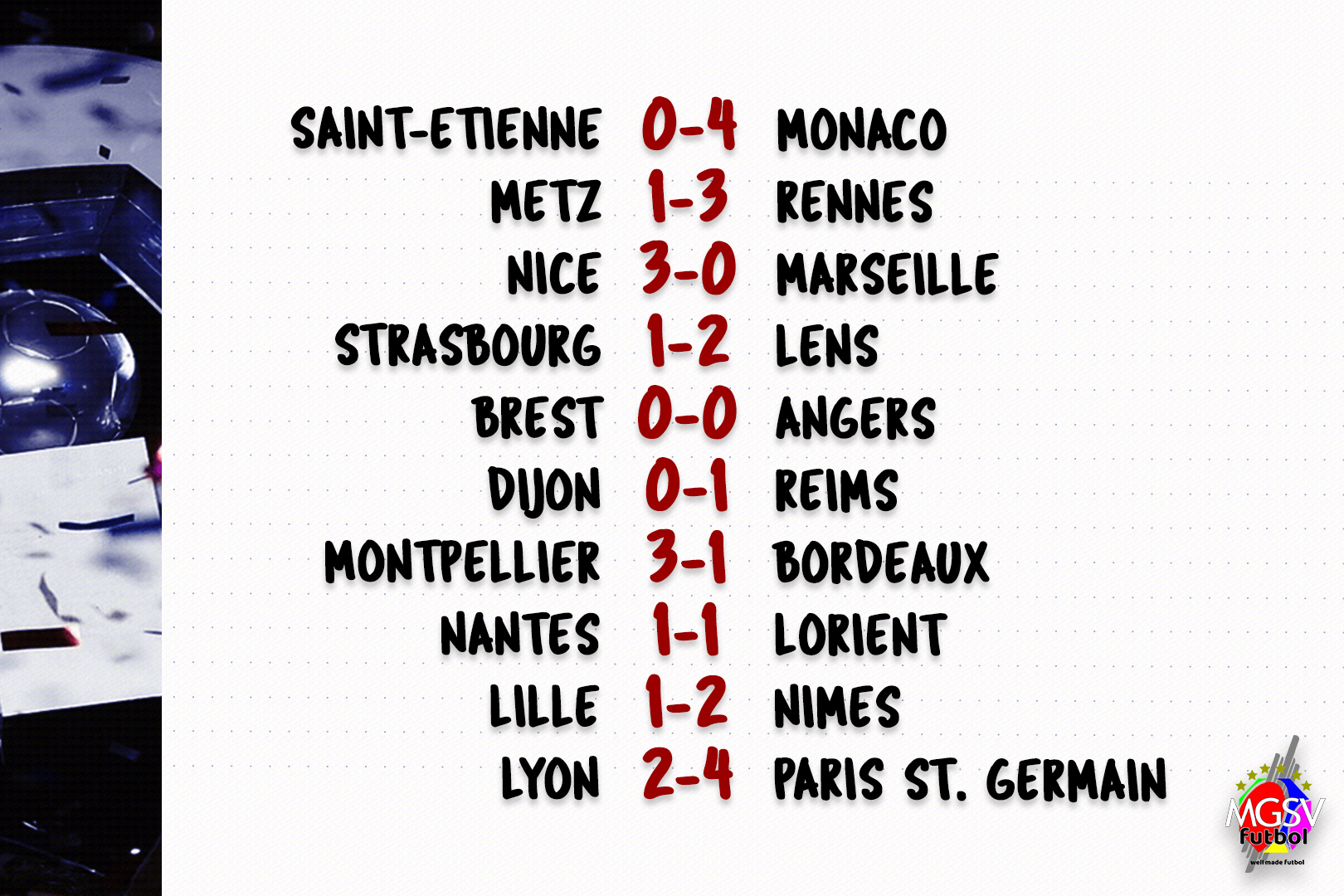 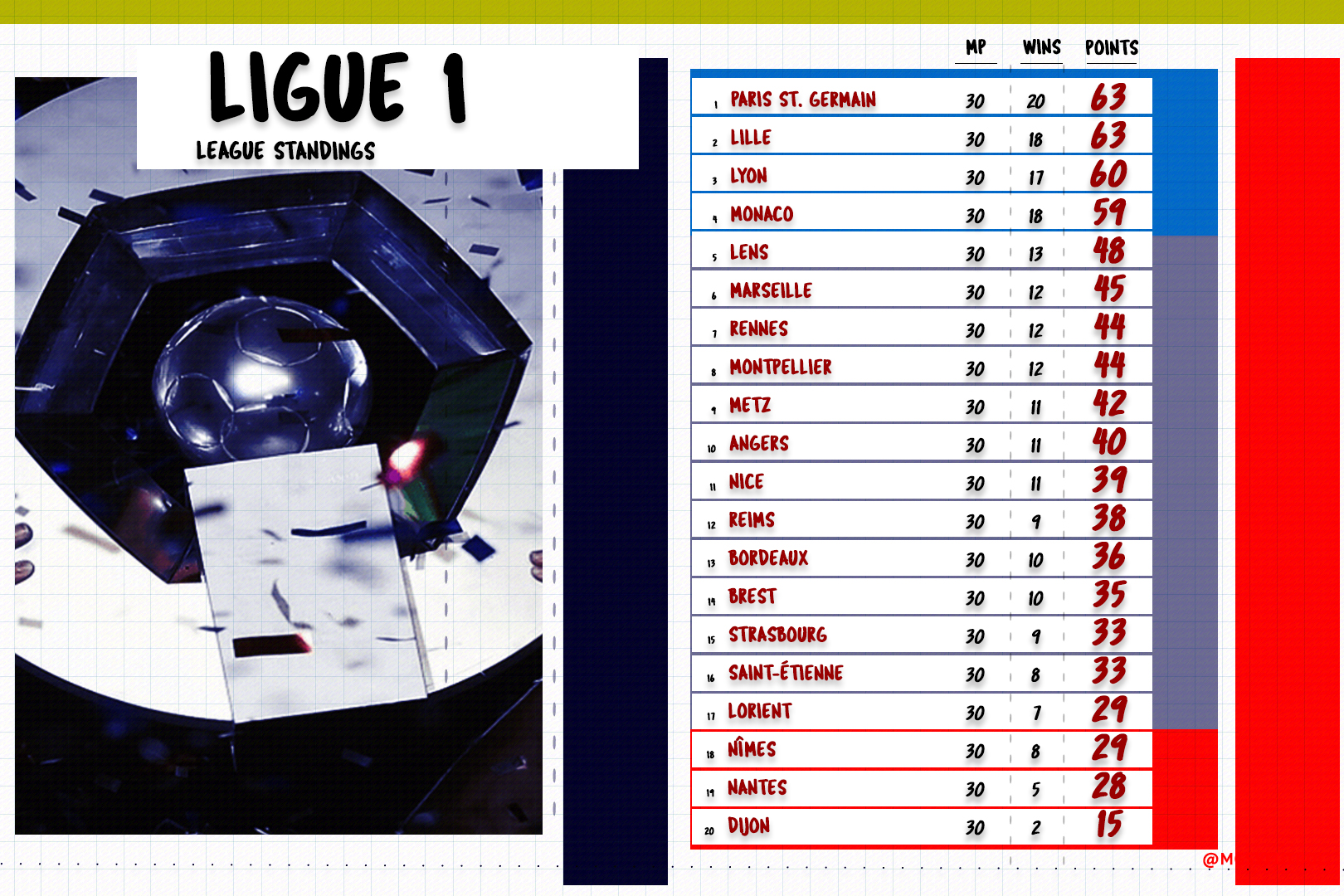 Monaco bounced back from the points dropped against Lille with a big win at Saint-Etienne. Monaco scored 4 goals without Wissam Ben Yedder getting a piece of the goals.

Marseille’s first defeat under Jorge Sampaoli was a 3-0 defeat to Nice.

Before Metz got on the score sheet, Rennes went two goals up, went a mad down, and increased their lead to three. Rennes made it a consecutive wins after 8 league games without any.

Armand Lauriente scored a wonder freekick goal for Lorient to pick up a point at Nantes.

Lille put on the pressure late in the game, but it was too late. Nimes got a 2-1 win at Lille after a 2-1 first half score remained unchanged but a goalless second half.

Kylian Mbappe added two goals to his tally while helping Paris St. Germain climb to the top top of the Ligue 1 standings with a 4-2 win against Lyon. PSG completed a league double against Lyon; scoring 4-2 in both.