The league leaders were not involved in the festivities over the weekend. Inter Milan’s home fixture against Sassuolo was suspended by the pandemic guidelines.
AC Milan took the opportunity to get closer to the top of the table with a win at Fiorentina, while Juventus at home failed to pick up any point to close in on the top team.
Atalanta moved even on point with Juventus.
Juventus still has a game in hand.
Napoli (with a game in hand) opened a 3-point gap on Roma.
Lazio (with a game in hand) moved a point from Roma 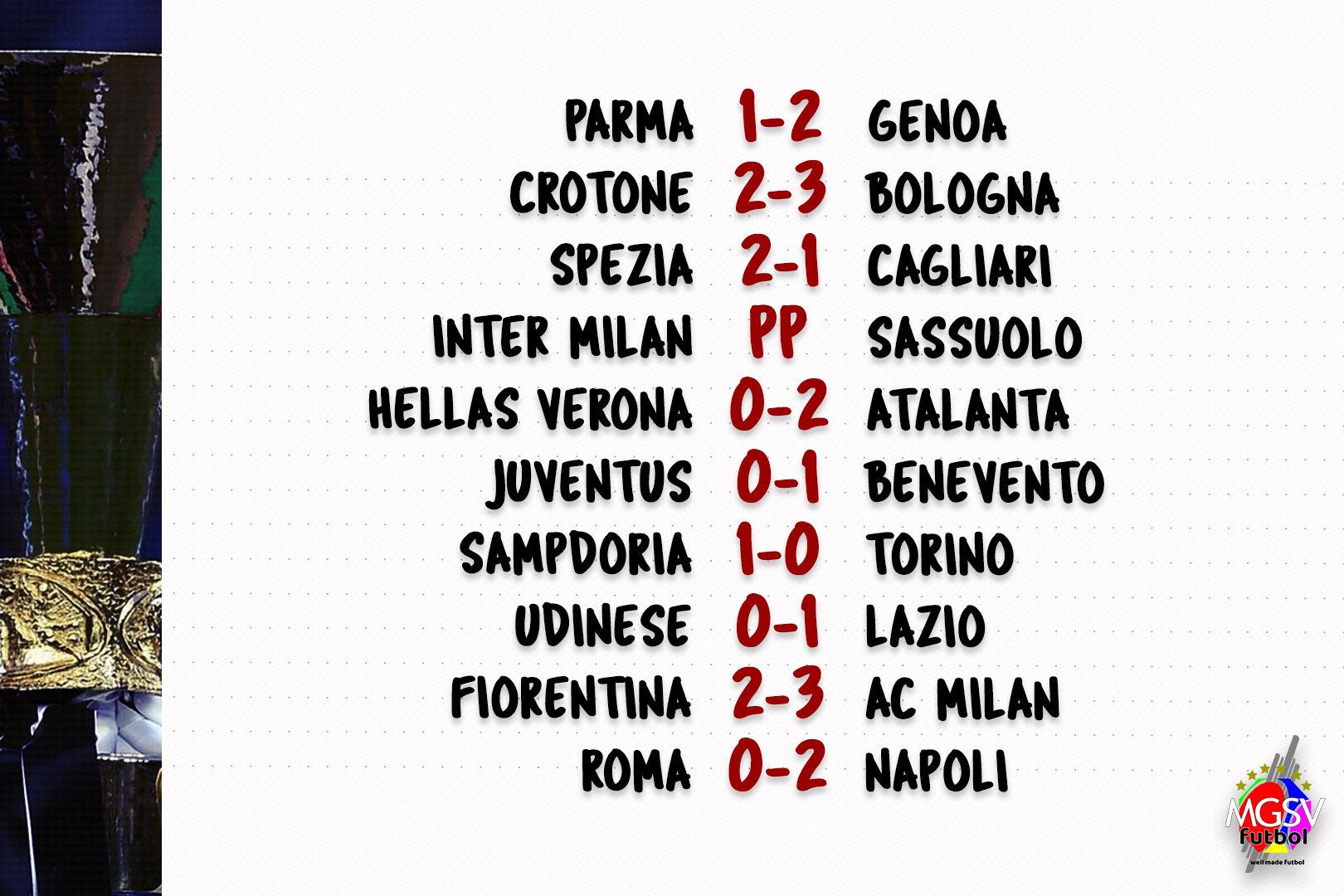 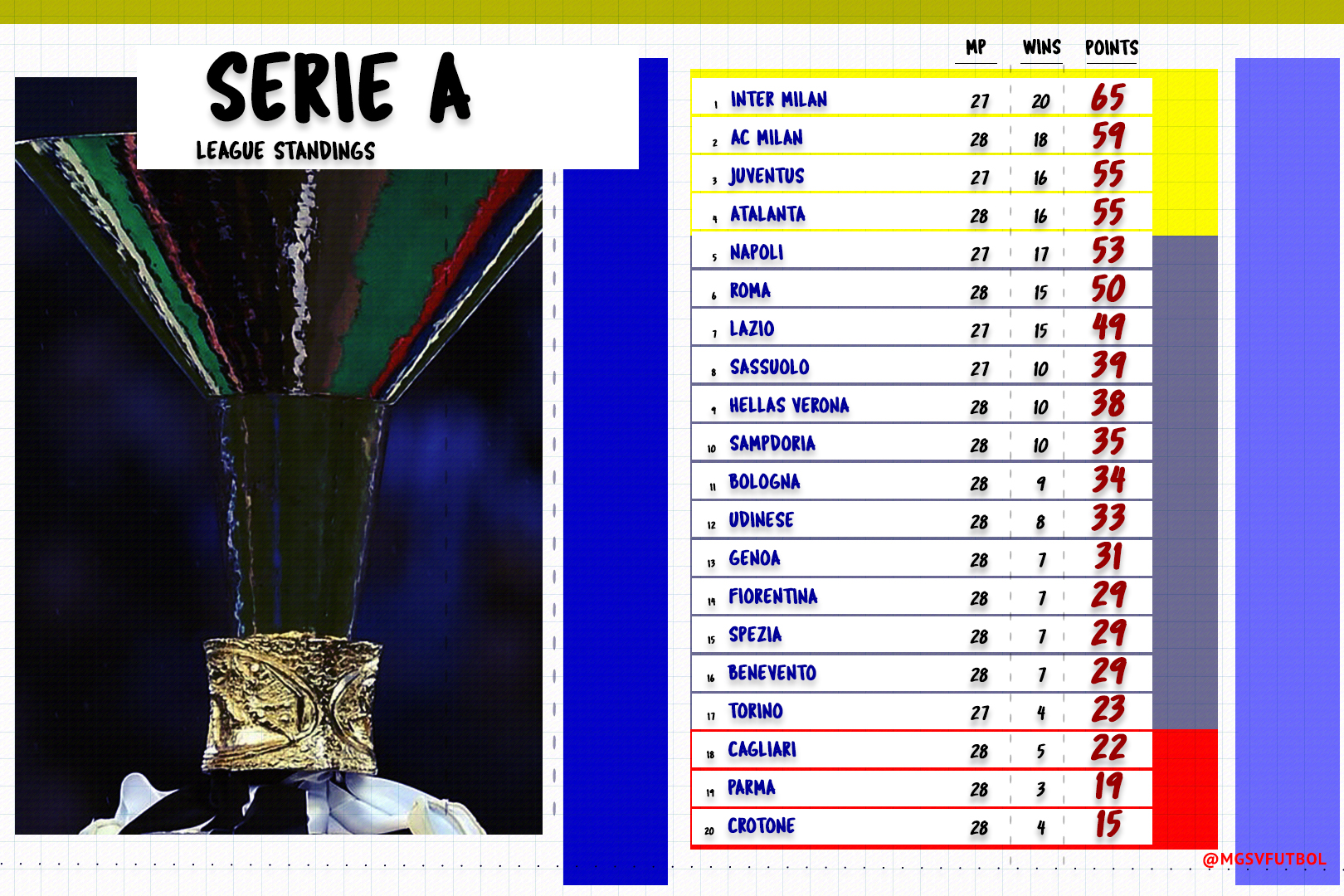 Parma were first to take the lead; and coming from a win against Roma, it looked like they were about to secure another against Genoa. Gianluca Scamacca scored two goals in the second half to get Genoa from a losing position to a win at Parma.

It was a consecutive 3-2 defeat for Crotone after conceding 3 goals in the second half. Bologna made it back-to-back wins after coming from 2-goals down in the first half to win 3-2 at Crotone.

Cagliari were a goal short of a point at Spezia. A ‘2-1’ home win for Spezia was their first victory in 6 matches (since their shock win against AC Milan).

Atalanta followed up their Champions League exit with an away win against Hellas Verona.

Benevento picked up an unlikely win in Turin against Juventus. Adolfo Gaich 69th minute goal handed Juventus a shock defeat on a weekend that Inter Milan had their game postponed.

Antonio Candreva’s goal in the 25th minute was enough to get Sampdoria their first game in 6 matches. Sampdoria took the maximum points from a 1-0 win against Torino.

Udinese suffered their first defeat in 6 games after a narrow 1-0 defeat at home to Lazio.

39-yr-old Zlatan Ibrahimovic and 37-yr-old Franck Ribery were both on the score sheet for their teams. Hakan Calhanoglu scored the winning goal for AC Milan to escape Florence with a 3-2 win against Fiorentina. Fiorentina had bounced back from a goal down to take a 2-1 lead before Brahim Diaz and Calhanoglu found the goals to get AC Milan into the lead.

Roma lose consecutive 2-0 games in the league after Dries Mertens two goals got Napoli a win in Rome.