THE STAGE IS SET.
THREE MORE ROUNDS LEFT OF THE 2021 CHAMPIONS LEAGUE BEFORE A CHAMPION IS CROWNED.

Bayern Munich won’t be able to defend the title, and Porto’s season comes to an end after going further than anticipated by most.

Chelsea and Paris St. Germain managed to get the job done at home, despite suffering defeat on the night.

Both home teams suffered defeat on Tuesday night; just not by the score to eliminate them from the competition. Both Chelsea and Paris St. Germain lost their games by a 1;0 score against Porto and Bayern Munich (respectively).

Dortmund took the lead in the 15th minute when Jude Bellingham scored the goal that would’ve sent them to the semifinal.

A second-half penalty allowed Manchester City to get the equalizing goal and also the winning goal of the tie after 10 minutes from the restart. Riyad Mahrez converted the penalty into goal, before Phil Foden scored the winning goal with a shot from outside the penalty box.

Liverpool needed a minimum of 2-0 win to get past Real Madrid; and they started out strong.
Despite many initial attempts from Liverpool, it was a game that could have gone either way. Real Madrid kept Liverpool out and used their 3-1 first leg victory to secure their place in the semifinals 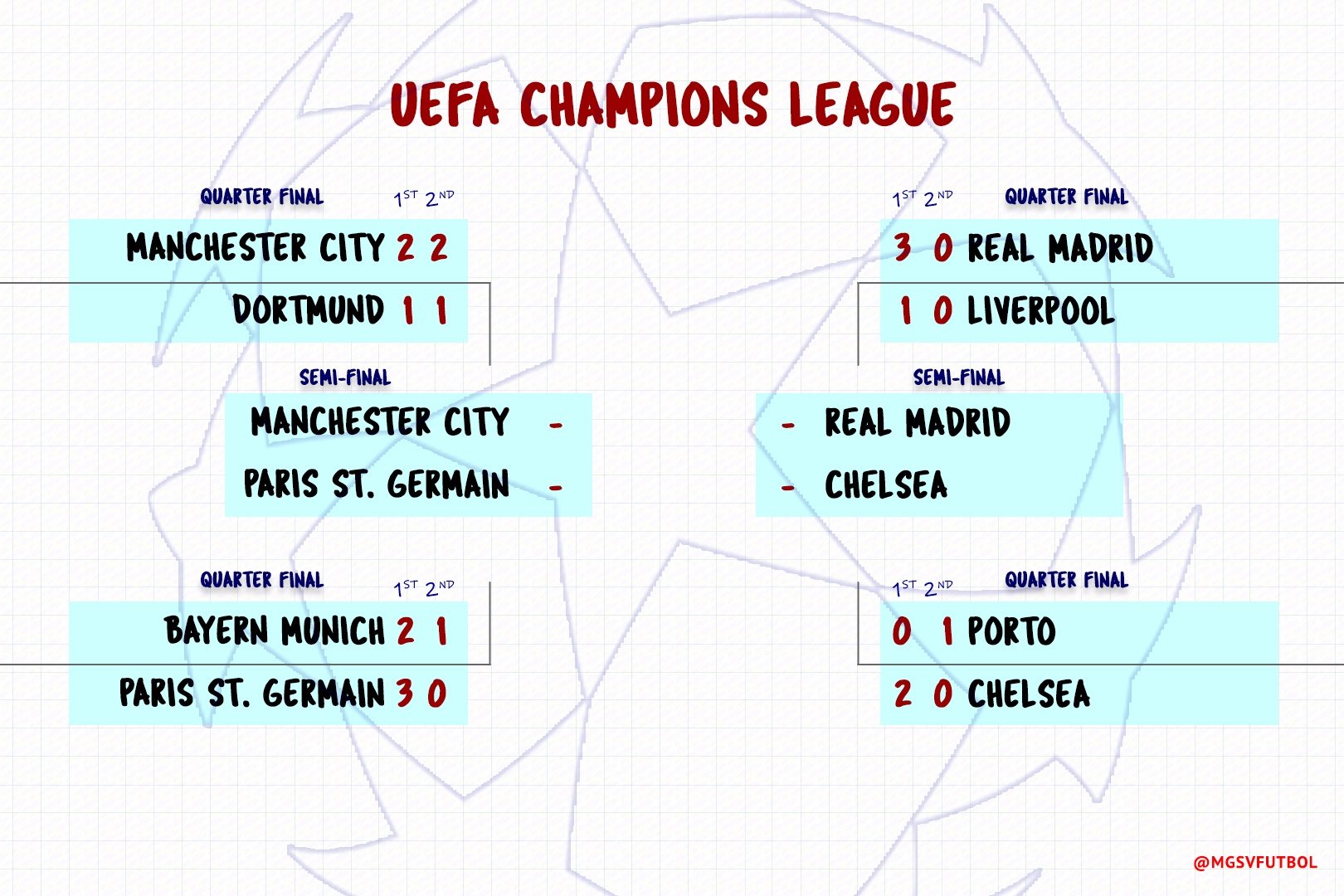 Paris St. Germain and Manchester City have to fight for their place in the final, while Chelsea and will try to stop Real Madrid.

50% of the semifinalists are Premier League teams.
Chelsea are already the only London team to have won the Champions League; can they win it twice before the others even get a chance at one?
Manchester City have city rivals that have three Champions League title in their history; can they join them with their first?

Can Paris St. Germain dethrone Marseille from being the only French club to win the Champions League title?

LEADING GOAL SCORERS
With the elimination of Dortmund, Erling Haalands position at the top of the scoring list will be at risk in the final three rounds of the competition. Haaland has 10 goals to his name, and these are the players from the active teams that might take his spot because they are leading scorers in their teams.