LA LIGA after Round 26

Barcelona gained 2 points lead on Real Madrid, while moving three points away from Atletico Madrid.
Points dropped for both Madrid teams was what Barcelona would’ve wanted.
Sevilla couldn’t close in on the ‘top 3’. Sevilla made no progress in this round. They were beaten by Eibar.
Real Sociedad used their narrow win against Levante to move three points from Sevilla.

Huesca is 20th and with 20 points after engaging in a thrilling 7-goal game with Celta Vigo.
It ended in a 4-3 defeat for Huesca. 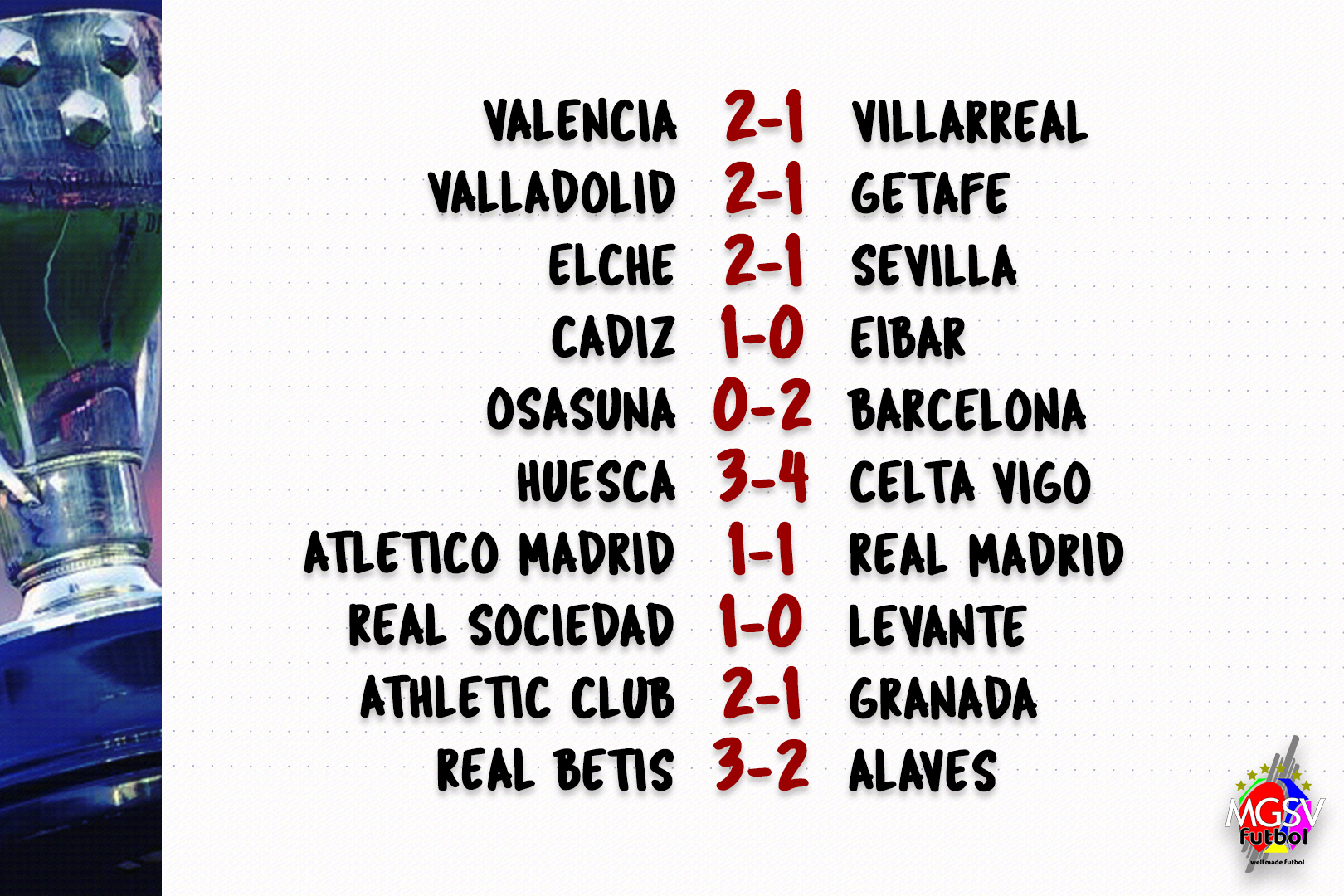 MADRID DERBY 1-1 ATLETICO MADRID VS REAL MADRID
Since the second half of the 2016/16 La Liga season, it has either been a Real Madrid win or a draw in the Madrid derby. Karim Benzema’s late equalizing goal ensured this trend remained.
Real Madrid picked up a point against Atletico Madrid to open the Spanish La Liga title race. 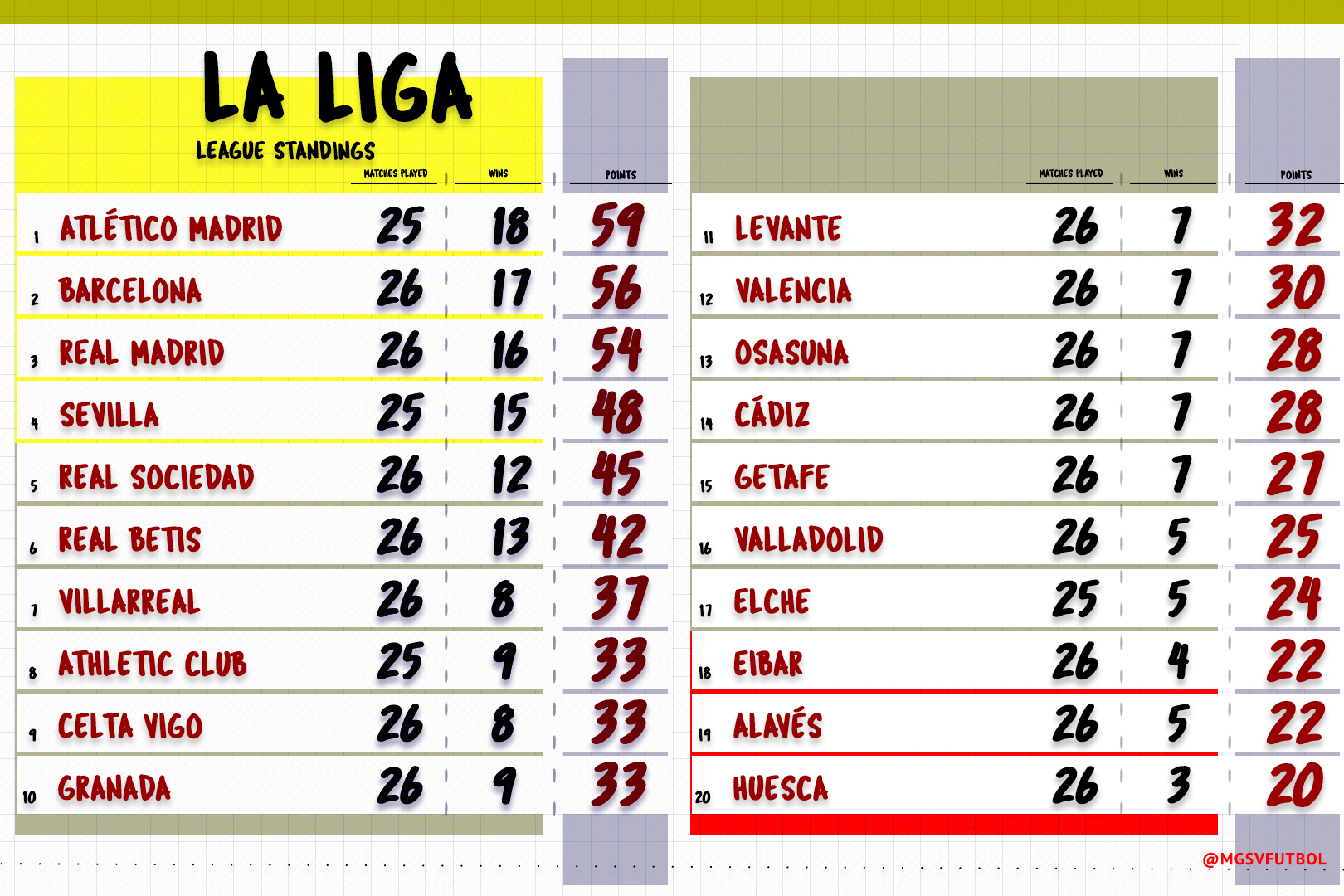