PREMIER LEAGUE after round 27

The top four teams remained in their position.
Manchester City was the only team in the ‘top 4’ not to pick up points over the round.


Chelsea kept their place in the ‘top 4’ and are 4 points from second-place.
West Ham moved up a position after beating Leeds.
Everton dropped to 6th.

Fulham gained the points to make a solid move towards a relegation escape.
Sheffield United remain at the bottom of the table after defeat. 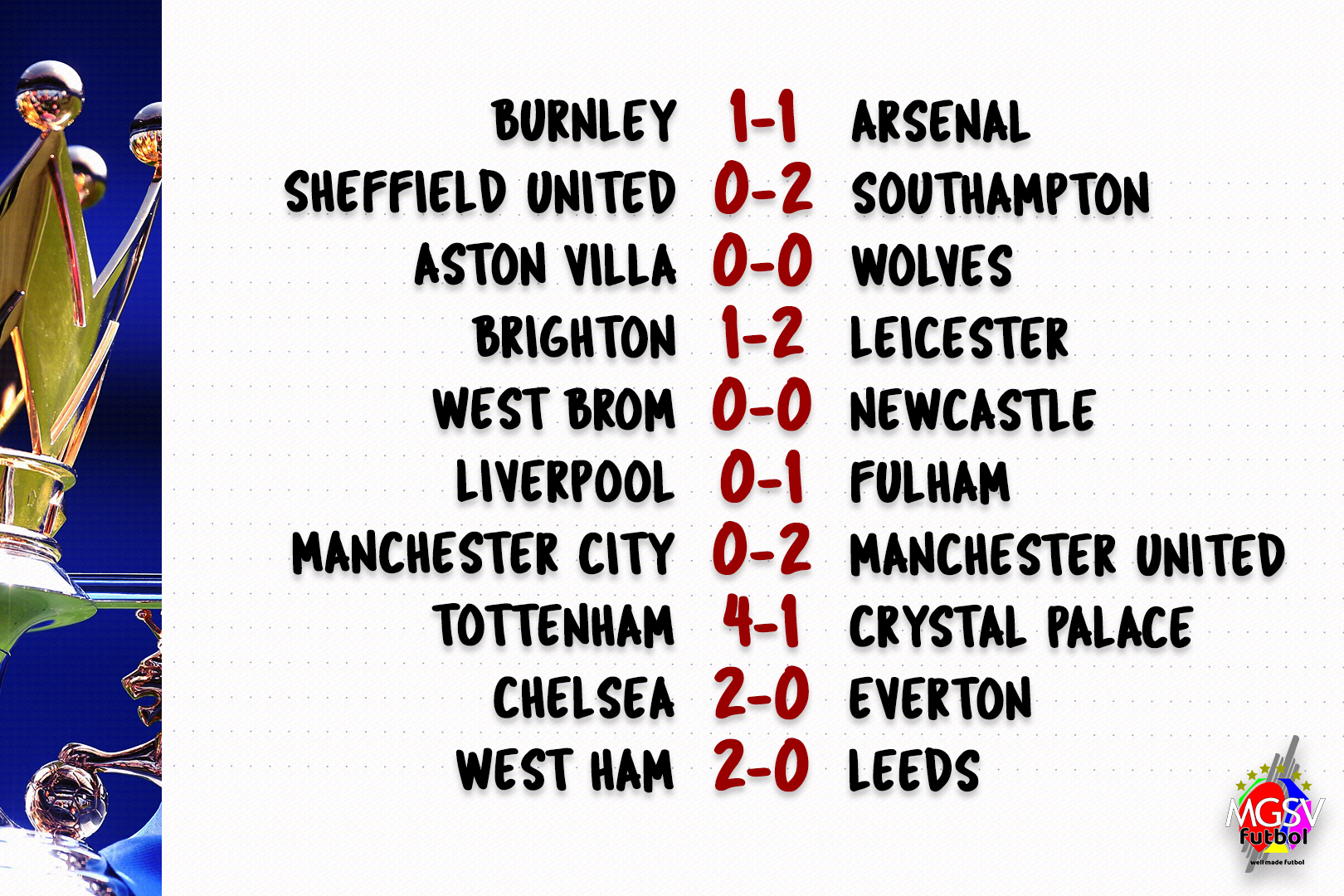 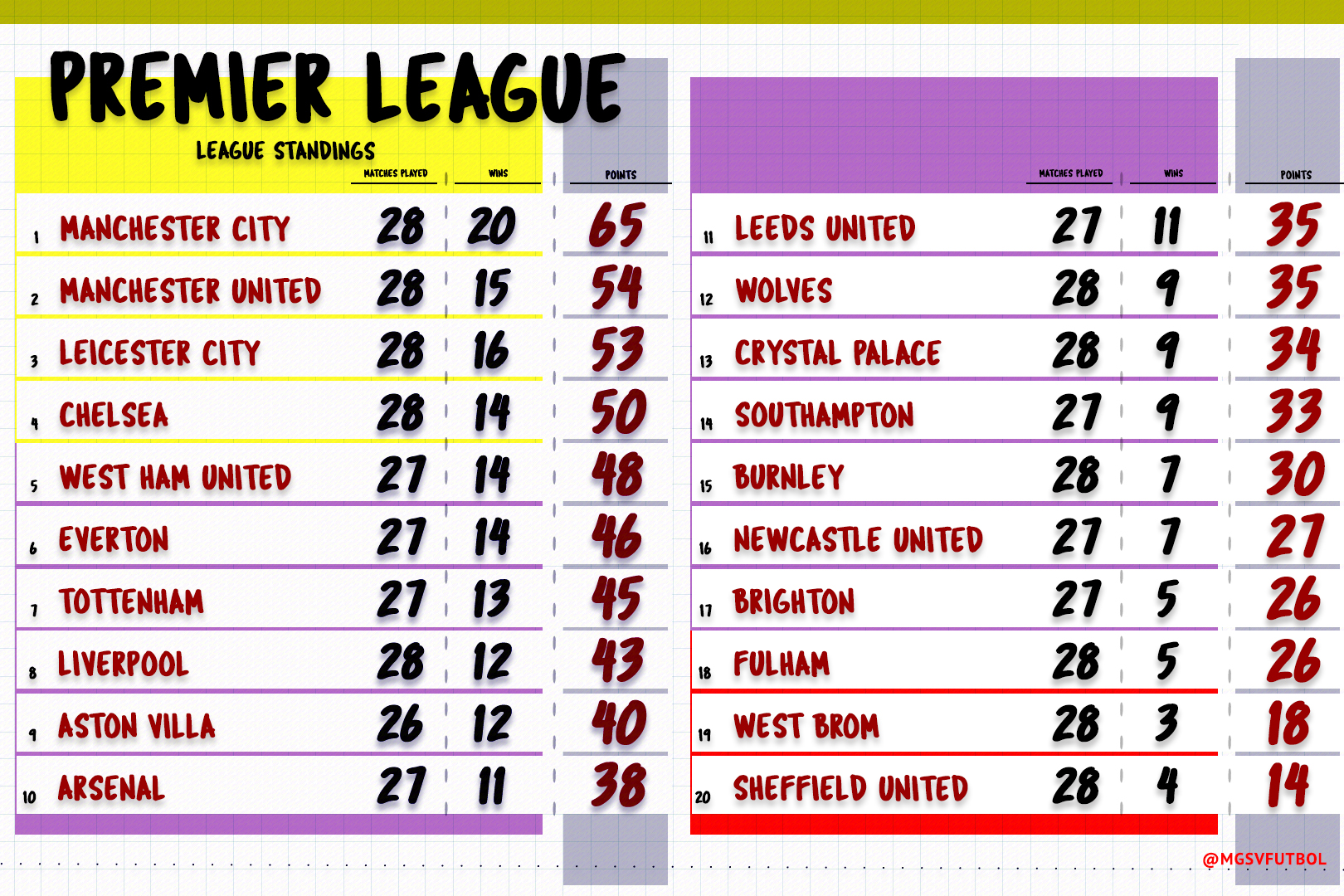 The last 8 home games for Liverpool have been without a win.
Their last 6 have been losses.
Liverpool are beaten 1-0 at home by a relegation-threatened Fulham side.

From ninth in the league to top of the table
Manchester United ended Manchester City’s 28-game unbeaten run and their 21-game winning streak.

MANCHESTER CITY’S LEAD IN THE PREMIER LEAGUE TITLE RACE WAS REDUCED TO 11 POINTS AFTER DEFEAT IN THE MANCHESTER DERBY.

The form both teams were on didn’t suggest that Manchester United were going to the Etihad Stadium and come out without conceding a goal, and with a win. Anyone paying attention to performances would have expected Manchester City to increase the lead in the title race on Sunday.

After doing a ‘double’ in the 2018/19 season, Manchester City haven’t won a Premier League game against Manchester United.
They’ve lost 3 of the last four league meetings; with their only league point coming from the draw at Old Trafford in the reverse fixture.  Manchester United came into the fixture after being involved in three straight goalless draws in all competitions (2 in the league). Winning was the only way to guarantee that they stayed in second place at the end of the round.