EUROPA LEAGUE – ROUND OF 16 – SECOND LEG

Through to the quarter finals – 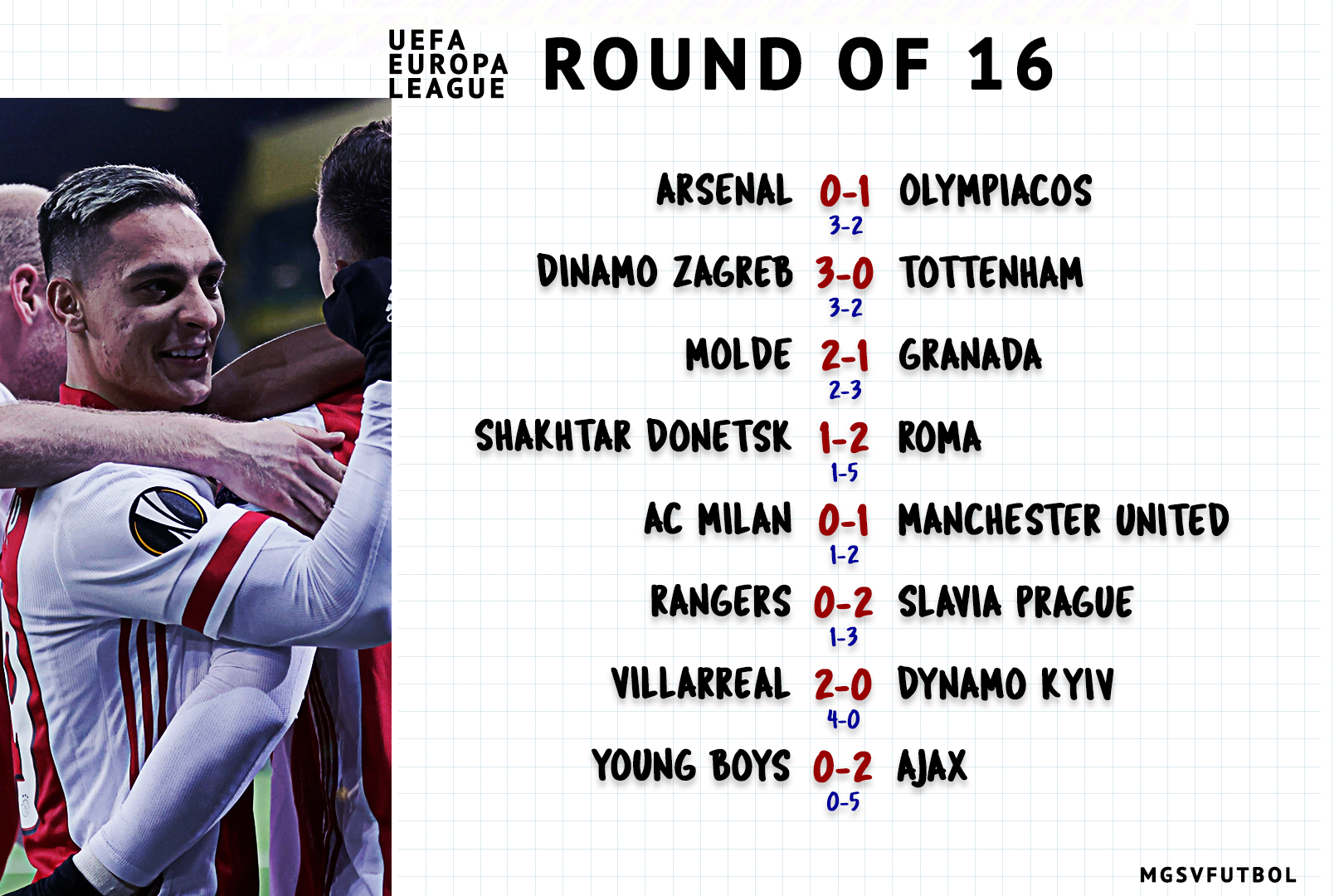 ARSENAL ARE INTO THE QUARTERFINALS
A lead with three away goals should’ve made it a comfortable landing into the quarterfinals for Arsenal against Olumpiacos.
But that was not the case at the Emirates Stadium. Olympiacos were the winners of the night but losers of the tie.
Youssed El Arabi scored the only goal of the match in the 51st minute to give Olympiacos a lead that led to an anxious end for Arsenal.
Arsenal had enough clear chances to put the game to bed but rather made it an ‘edge of your seat’ event.

DINAMO ZAGREB ARE INTO THE QUARTERFINALS
Tottenham did the scoring at home without conceding any goals.
Dinamo Zagreb had to do the improbable and pick up a 3+ goal win at home.

The improbable was done.
After a goalless opening half of the game, Mislav Orsic completed his hattrick in extra-time to get his team over the line; knocking out Jose Mourinho and his Tottenham side.

GRANADA ARE INTO THE QUARTERFINALS
Roberto Saldado’s 72nd-minute equalizing goal killed the game for Molde.
Molde achieved the first part of the objective by winning at home, but failed with the part of winning by 3+ goals. A 2-0 win for Molde would’ve stretched the game into extra time.

ROMA ARE INTO THE QUARTERFINALS
Shakhtar Donetsk lost 2-1 at home in a game where they needed a win by a 4+ goal margin to eliminate Roma.

MANCHESTER UNITED ARE INTO THE QUARTERFINALS
Scoring at San Siro is necessary for Manchester United; and that is exactly Paul Pogba came off the bench to do. Pogba entered the game in the second half and within minutes, scored the only goal of the game to give Manchester United a 1-0 win at San Siro and a spot in the quarter finals.

SLAVIA PRAGUE ARE INTO THE QUARTERFINALS
Rangers conceded 2 goals and were reduced by two men before then end of their match with Slavia Prague.

AJAX ARE INTO THE QUARTERFINALS
The only way Ajax will exit the competition is if Young Boys can win by 4+ goal margin. In the end, Young Boys needed 6 goals to advance.