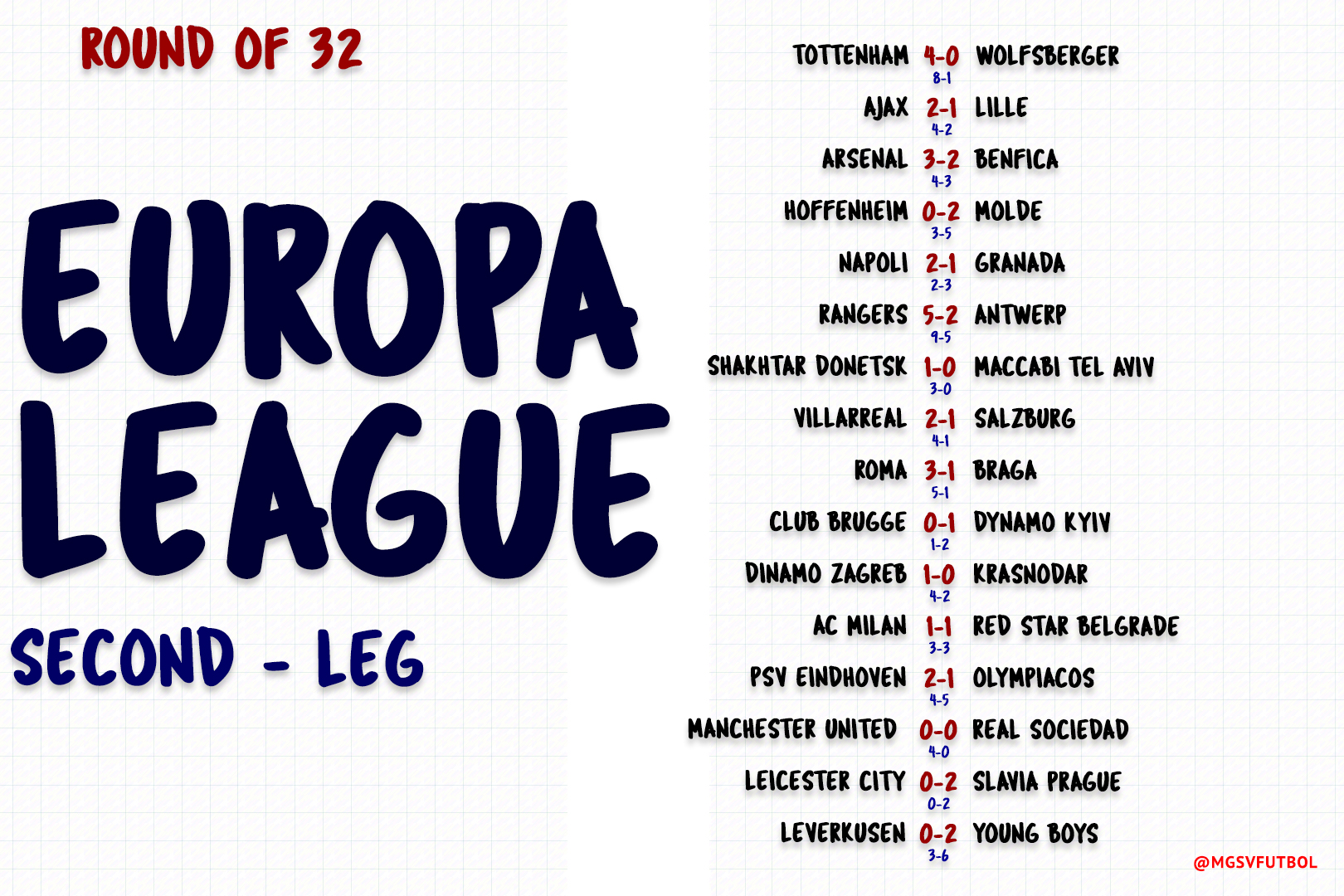 It was a ‘walk in the park’ for Tottenham. Four goals in each leg to win 8-1 against Wolfsberger.

A penalty awarded to Lille allowed them to pull a goal away and add some suspense at the end of their tie with Ajax. A late goal from Ajax settled all nerves and doubt.

Molde did one better after surprisingly tying 3-3 at home against Hoffenheim. Molde won the reverse fixture; scoring two goals and not receiving a response.

Napoli were a goal short of taking their tie with Granada into extra time. Granada advanced because of their 3-1 home win.

Rangers go through to the next round after a 9-5 aggregate win against Antwerp. 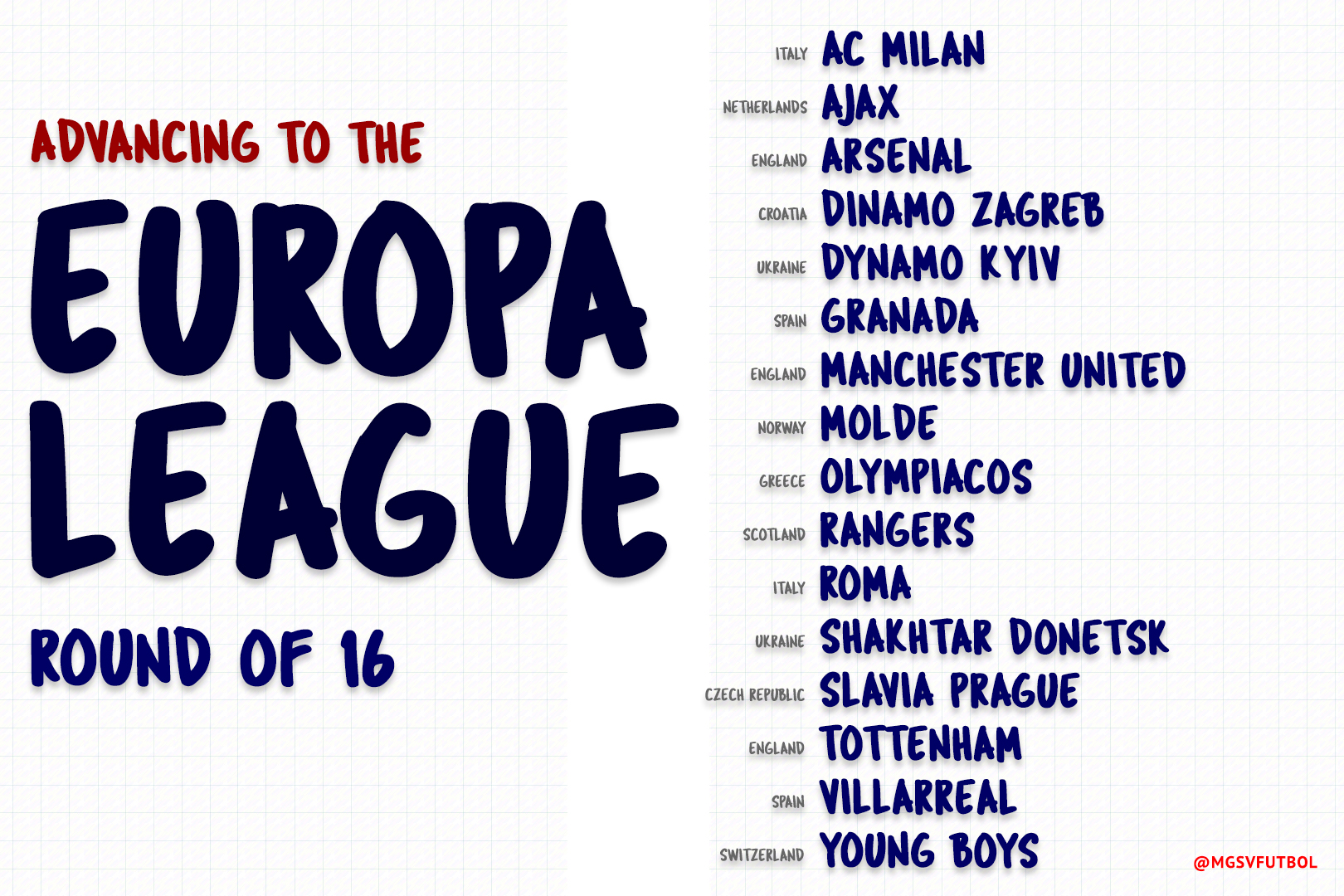 AC Milan advanced on a 3-3 aggregate score.
Despite getting knocked out by the ‘away goal rule’, a numerically disadvantaged Red Star Belgrade put up a fight at the San Siro against AC Milan.

PSV Eindhoven did their best to turn the tie around but the 4-2 defeat in the first leg. They got the win but it wasn’t enough to deny Olympiacos.

Manchester United got the job done in the first leg. Real Sociedad needed 4 goals without a response to send the game into extra time at Old Trafford. No shocks here, except for how easy the tie was for Manchester United.

Leicester City were eliminated from the competition after getting a 2-0 beating at home against Slavia Prague. (That wasn’t expected).

Leverkusen lost 6-3 on aggregate to Young Boys. After a 4-1 defeat on the road in the first leg, many would have expected a better response from Leverkusen than a 2-0 defeat at home.