‘No Zlatan, no problem’ for AC Milan.
Juventus won the Turin derby (as expected).
‘Udinese vs Atalant’ was postponed.
Napoli are 4-0 winners again.
Crotone are at the bottom of the league; winless and 2 points from a possible 30.

AC Milan are 5 points clear at the top of the league standings; with Inter Milan being their closest rival in the title race.
AC Milan and Juventus are the only sides to be unbeaten in the league after 10 games. 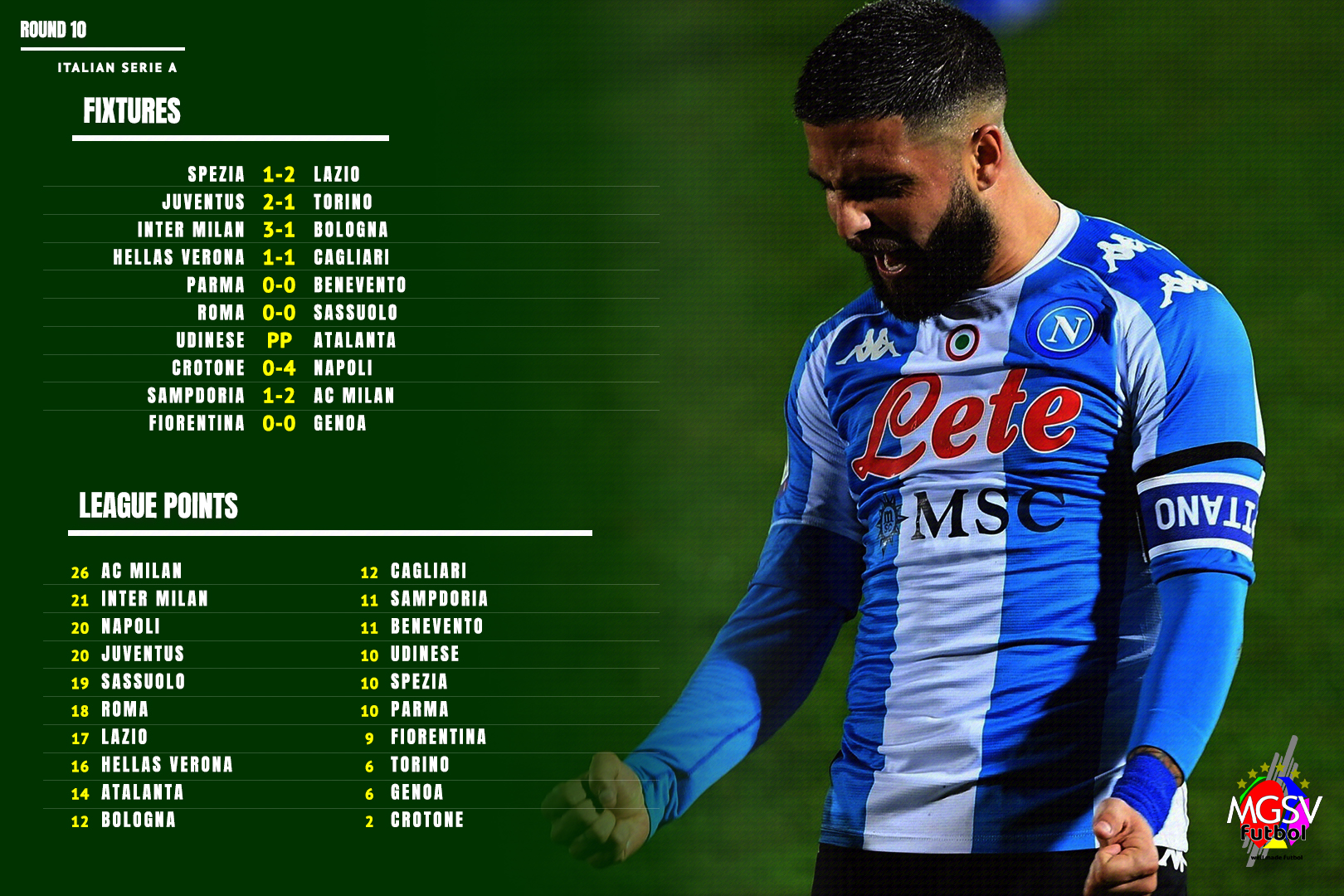 Lazio responded to their defeat to Udinese with a win against Spezia.

They trailed for the majority of the game and it took them a while to find the goals, but Juventus won the Turin derby (again). It’s been 5 years since the last Turin Derby won by Torino.

Achraf Hakimi scored a brace as Inter Milan made it three wins on the bounce in the league through a 3-1 win against Bologna.

Back-to-back ‘4-0’ win for Napoli. Napoli picked up three points on the road by keeping Crotone winless and at the bottom of the league table.

AC Milan are getting the job done without Zlatan. They kept their place at the top of the standings with another win; a 2-1 away win against Sampdoria. It’s 5 league games without a win for Sampdoria. (2D 3L)

Before Nokola Milenkovic scored deep in additional time for Fiorentina to avoid a home defeat and a consecutive league defeat, it looked like a win for Bologna after Marko Pjaca scored the opening goal of the match in the 89th minute.