Manchester City are five points clear after the rest of the teams in the ‘top 4’ positions dropped points.
Liverpool lost a third straight league game at home.
Everton stunned Manchester United.
Leicester City couldn’t find the win to take advantage of the results around them.
Chelsea moved up to 5th.
Fulham are the only side in the relegation zone to pick up a point. 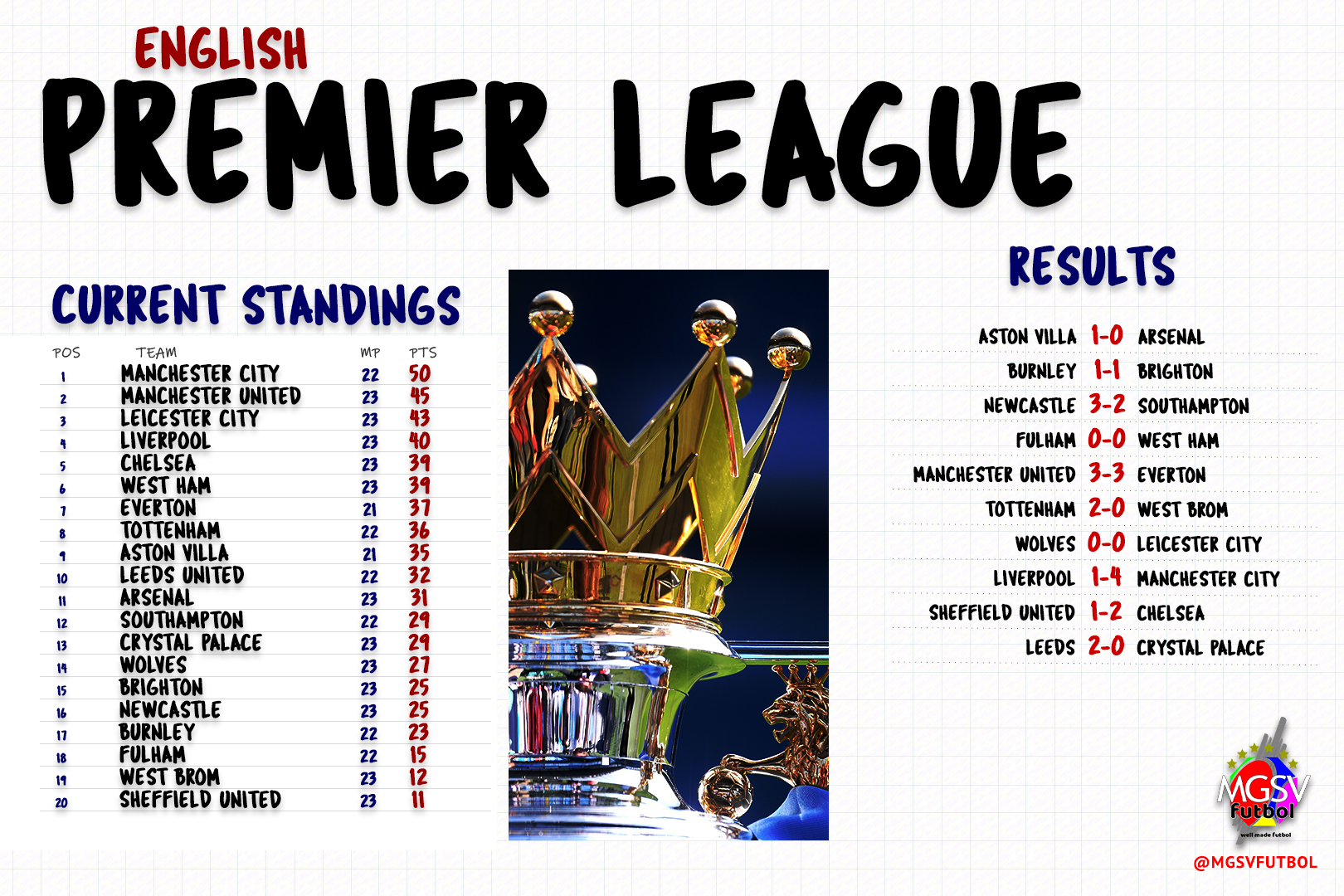 Early goal from Ollie Watkins held till the final whistle for Aston Villa to complete a league double on Arsenal after a 1-0 win.

Burnley and Brighton shared the points after a 1-1 draw.

It’s now a 5-straight defeat for Southampton since beating Liverpool.
Newcastle survived the final 40+ minutes of the match with a man down and a goal up. The second of Miguel Almiron’s goals ended up being the deciding goal for Newcastle to pick up three points at home from a 3-2 win against Southampton.
No goals to split Fulham and West Ham at Craven Cottage.

Harry Kane returned with the magic. Tottenham beat West Brom with the goals coming from Harry Kane and Heung-Min Son.

Leicester City were denied by Wolves that chance to tiwe Manchester United in points. It finished a goalless draw between Leicester City and Wolves.

Pep Guardiola’s Manchester City won their first at Anfield; and it was a big win by score and in terms of the title race.
With a game in hand, Manchester City moved 10 points clear of Liverpool after a 4-1 win.
All the goals came in the second half, after Ilkay Gundogan failed to convert from the penalty spot in the 37th minute. Gundogan will go on and score the opening goal of the match; and the winning goal for Manchester City.

Jorginho’s goal from the penalty spot decided the game for Chelsea against Sheffield United. Thomas Tuchel’s Chelsea have picked up 10 points from a possible 12.