GERMAN BUNDESLIGA – SEVEN MORE ROUND TO GO and Bayern Munich are removing all doubts. 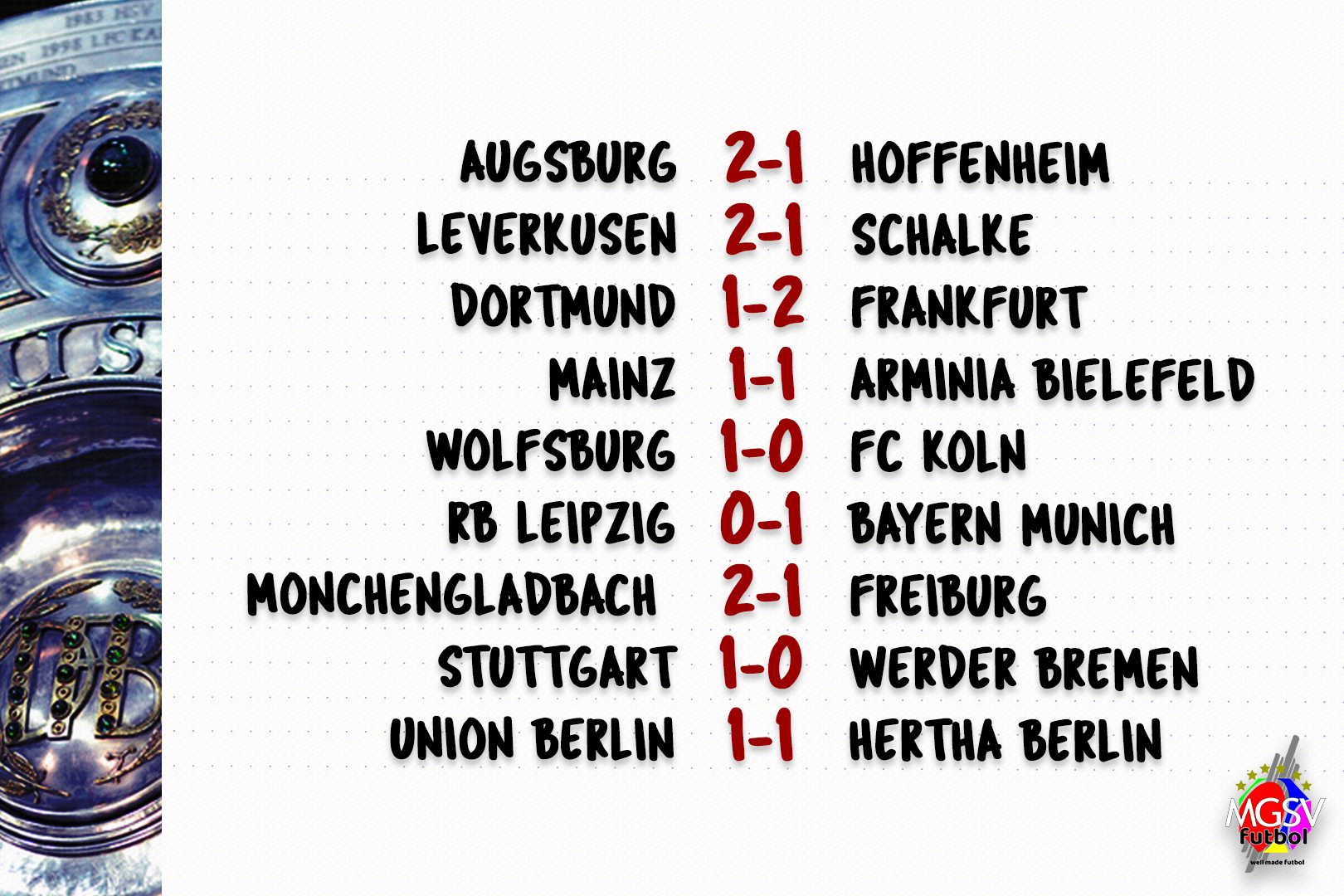 With 7 games left to be played, Bayern Munich killed off another competition after a 1-0 win at Leipzig handed them a 7-point lead in the Bundesliga title race.

A defeat to Leverkusen pushed Dortmund to 7 points from the ‘top 4’ in the German Bundesliga.

RB Leipzig might probably be fighting off Wolfsburg for second place.
Wolfsburg closed in on second place with a narrow win against FC Koln.
Dortmund are losing their grip on Champions League qualification.
Schalke remained consistent by sticking to the wrong end of the score.

Augsburg jumped above Hoffenheim after a 2-1 win.

Schalke were in their default position; on the losing end of the score. A 2-1 defeat to Leverkusen. Leverkusen moved to equal points with Dortmund.

Dortmund fell 7 points from the Champions League qualifying spot in the league after a 2-1 defeat at home to Frankfurt. Andre Silva scored the winning goal of the match in the 87th minute to take his tally to 22 goals.

Mainz stayed out of the relegation zone while keeping Arminia Bielefeld there.
A narrow 1-0 win against FC Koln did the job for Wolfsburg. Wolfsburg are making themselves comfortable in the ‘top 4’.
Bayern Munich completed their objective without Robert Lewandowski. Leon Goretzka scored the only goal of the match for Bayern Munich to pick up three points in Leipzig and open a 7 point lead in the title race.

A consecutive win for Monchengladbach. Marcus Thuram scored two goals in the second half to get Monchengladbach from a goal down to a win against Freiburg. The result allowed Monchenglandbach to leap above Freibug in the standings.

An own-goal handed Stuttagart a win to open a 9-point gap between themselves and Werder Bremen. Stuttgart’s only defeat in their last 7 league games have been against Bayern Munich. (impressive).

A draw in the Berlin derby capped the round. Union Berlin and Hertha Berlin took a 1-1 draw in the first half to the final whistle.