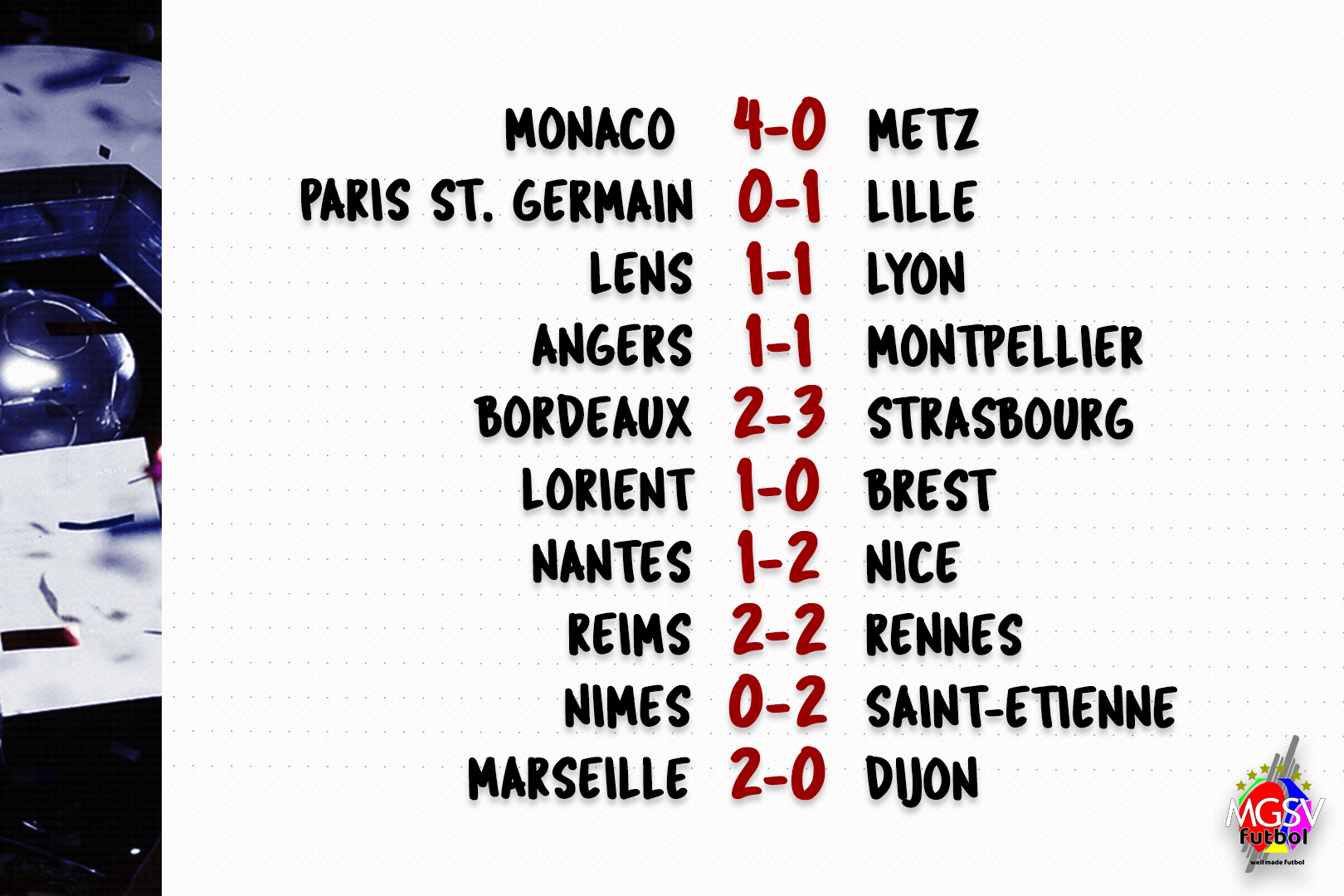 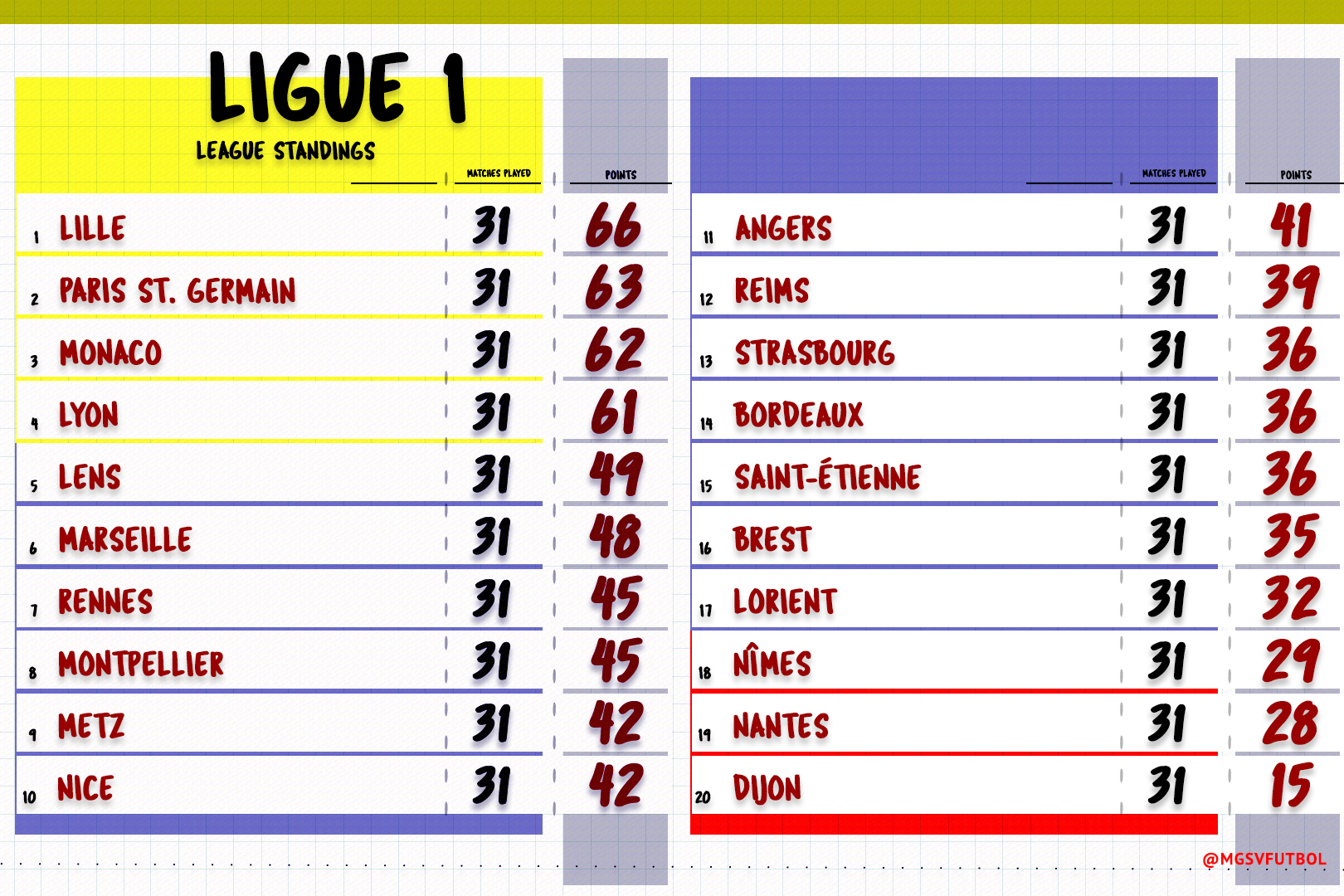 EIGHT MORE ROUND TO GO. CAN LILLE DO IT?
Monaco moved up to 3rd place while Paris St. Germain dropped to 2nd.
Lille takes a 3-point lead in the title race.
Lyon dropped a position to 4th.

The three teams at the bottom of the league table stayed where they were after all suffering defeat over the round.

It was a consecutive 4-0 league win for Monaco. Wissam Ben Yedder closed the scoring with two goals, as Monaco closed in the title race through a 4-0 win against Metz.

The best Lyon could do after defeat to Paris St. Germain was to escape defeat against Lens. Lucas Paqueta’s 81st minute goal allowed Lyon to leave with a point. A win would’ve gotten Lyon even on points with Paris St. Germain.

Angers did enough for a point but failed to get the win to close the gap in points between themselves and Montpellier.

Strasbourg picked up three points at Bordeaux by getting the majority of the five goals scored in the opening half. It finished a 3-2 win for Strasbourg, allowing them to equal Bordeaux in points accumulated after 31 matches.

Lorinet moved three points from Brest with a 1-0 win.

Kasper Dolberg’s brace was enough for Nice to leave Nantes with all three points.

Rennes left Reims with a point after Sehrou Guirassy scored a goal to get Rennes on level terms on two occasions.