Atletico Madrid regains the 2nd place position in the league while Barcelona opened up a 7-point lead at the top of the standings. 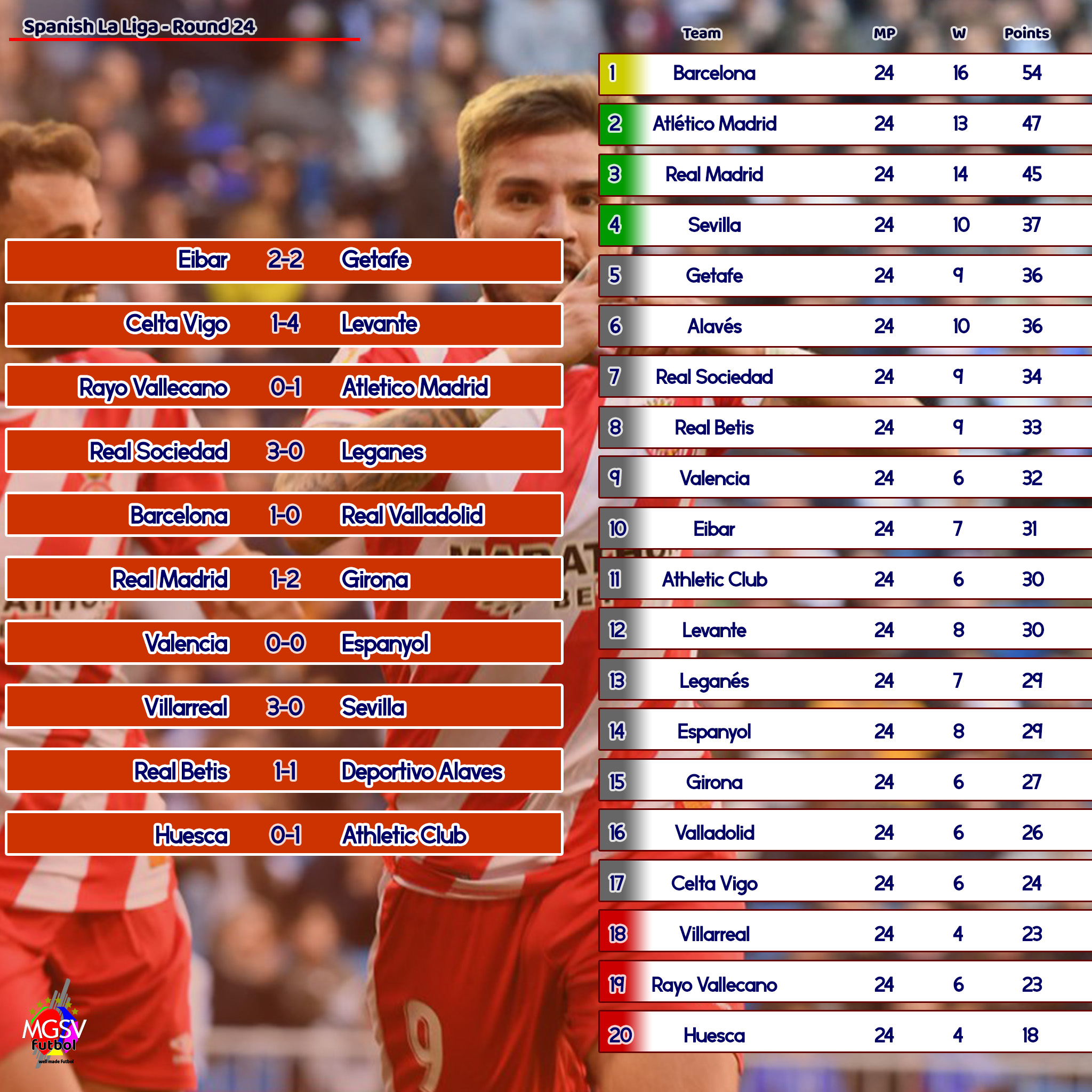 Charles scored two goals to get Eibar from losing position to get a draw at home against Getafe.

Celta Vigo opened started another streak of defeats after a ‘4-1’ defeat at home to Levante. It was Levante’s first win in 4 matches

Antoine Griezemann was once again the difference maker for Atletico Madrid. Atletico Madrid returns to second in the league standings after Real Madrid’s defeat at home to Girona.

Girona wins at the Santiago Bernabeu to deny Real Madrid the chance to close in on Barcelona. It was the first for Girona. Sergio Ramos is sent off on a red card.
Atletico Madrid and Barcelona’s respective 1-0 wins the day before became more valuable. The result ended Girona’s losing streak in competitive games at 6 matches. 13 matches without a win. First win since December 5th, 2018

Sevilla failed to close in on the 3rd place spot in the league standings. Relegation zoned Villarreal scored 3 goals without conceding none against Sevilla.

Raul Garcia scored from the spot to get Athletic Club back to winning ways in their fight to get as fat as possible from the threat of relegation battles.