It is getting clearer what side of France the league title is going.
With 13 matches left in the 2018/19 French Ligue 1 season and Paris St. Germain is 12 points clear and probably 18 points clearer after they make up for their matches in hand. A lead that is difficult to see Paris St. Germain blowing looking at their track record just a defeat in their opening 25 league matches. 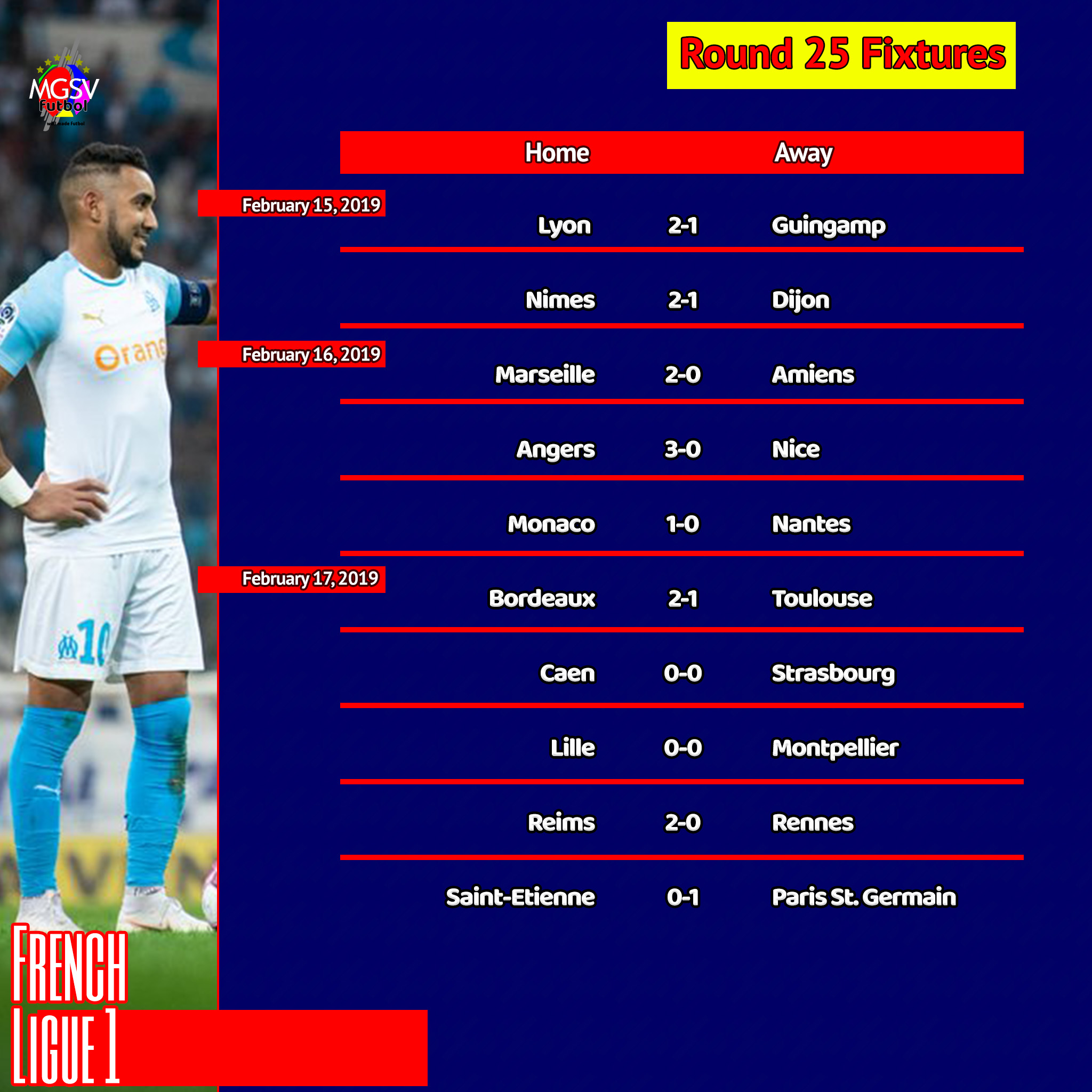 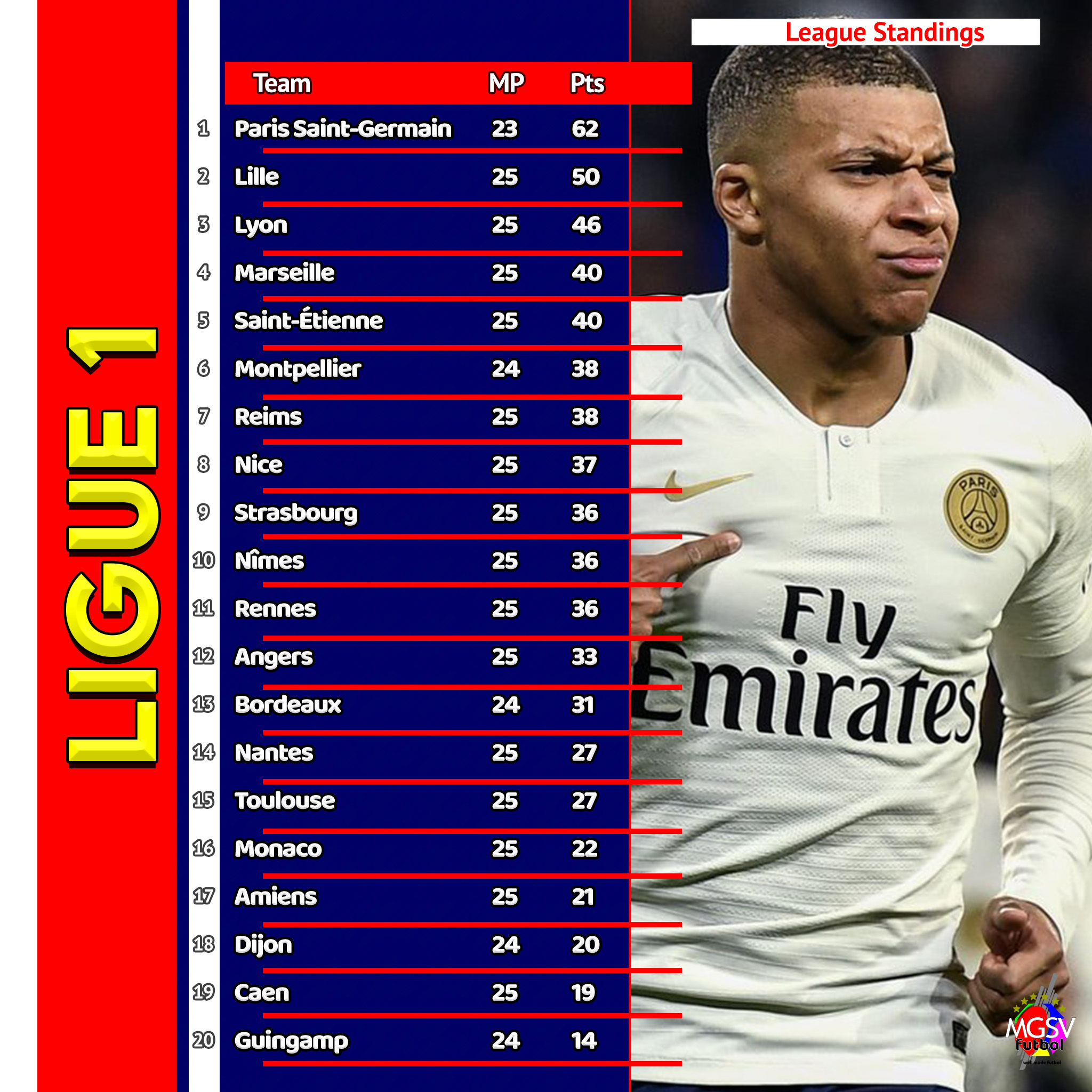 Nabil Fekir’s 35th-minute goal was the difference between Lyon and bottom table Guingamp.

Marseille is in fourth place after three straight league victories. Marseille handed Amiens their 5th defeat in the 7 Ligue 1 matches played in 2019.

Angers also made it 3rd straight victory in the league after a 3-0 win over Nice.

Monaco wins their first consecutive home game in the league and escapes relegation zone after getting the only goal of the match to beat Nantes.

Even though they dropped point at home to Montpellier after a goalless draw, Lille kept their grip on second place by remaining unbeaten in the league this year

Kylian Mbappe scored the only goal of the match and his 19th Ligue 1 goal of the season to see Paris St. Germain pick up their 4th straight victory since the defeat to Lyon on February 3, 2019. With two matches in hand, PSG is already enjoying a comfortable 12-point lead a the top of the Ligue 1 standings.