LUIS SUAREZ WINS IT LATE FOR ATLETICO MADRID TO KEEP THEIR ADVANTAGE.

Real Sociedad fell further away from the Madrid clubs at the top of the league.
Atletico Madrid remain two points clear with games in hand to take an 8-point lead.
A draw in the Sevilla dery wasn’t enough to keep Sevilla in the ‘top 4’
Villarreal used a win against Levante to take 4th spot.
Barcelona used a narrow win against Huesca to move 5th.

Valladolid made a leap out of the relegation zone with a win against Getafe.
Huesca are stuck on 12 points at the bottom of the league table. 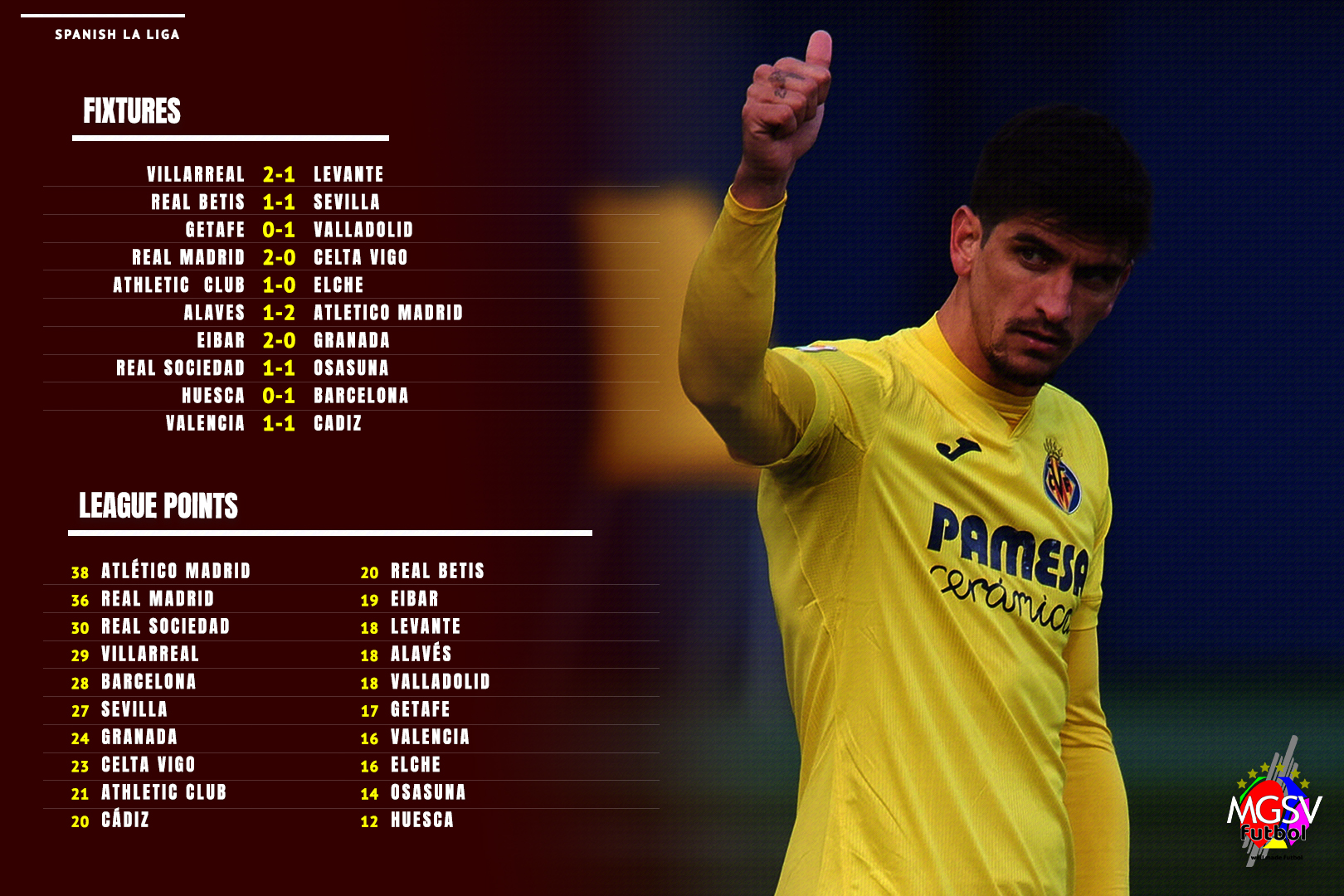 The Seville derby ended in a 1-1 draw after Nabil Fekir failed to convert from the spot to hand Real Betis a lead that would end up being the winning goal.
Valladolid climbed above Getafe after a 1-0 win.

Celta Vigo lost their first game in 7 as Real Madrid made up for the points dropped at Elche. Real Madrid get the job done at home by picking up the three points from a 2-0 win against Celta Vigo.

Iker Munian scored the only goal of the match for Athletic Club to get a win at home against an Elche side that managed a point against Real Madrid in the last round.

Bryan Gil scored both goals for Eibar to move from a point at Camp Nou to a home win against Granada.

Real Sociedad came from behind to avoid defeat at home to Osasuna, but that didn’t help Sociedad get a result to stop their recent poor form.
Frenkie De Jong turned in a Lionel Messi cross into the only goal of the match for Barcelona to pick up three points from a narrow win at Huesca.

Valencia avoided defeat at home to Cadiz in the final match of the round.