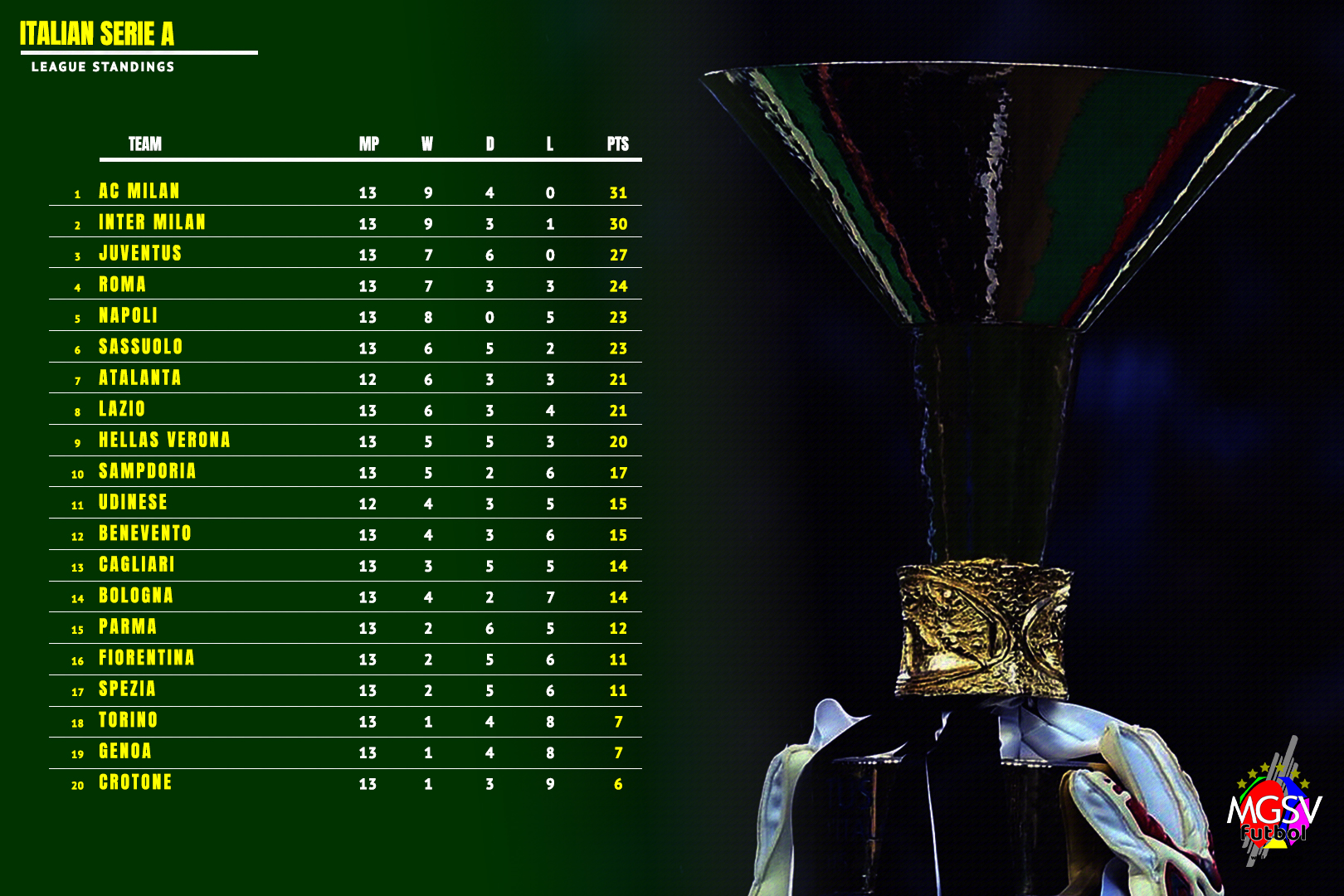 A 1-1 draw between Fiorentina and Hellas Verona; with each side getting their goal from the penalty spot.

Sampdoria made it a back-to-back win in the league with a 3-1 home victory against struggling Crotone.

Torino and Bologna shared the points from a ‘1-1’ draw in Turin.

Benevento picked up their first win in five matches to stretch Genoa’s winless run in the league to 12 games.

Both Inter Milan and AC Milan were 2-1 winners.
Rafael Leao scored the fastest goal in the league’s history to put AC Milan up in the opening 6 seconds of their match against Sassuolo. Could have been 3-0 at the break if VAR has not ruled out Calhanoglu’s goal was offside. Domenico Berardi pulled one back for the home side in the 89th-minute to make Alexis Saelemaekers goal the winning goal for AC Milan to keep their lead in the title race.

It took Inter Milan some time to get in front against Spezia. In the end, Romelu Lukaku’s conversion of a penalty into goal in the 71st-minute ensured a 2-1 home victory for Inter Milan.

As things stand in the Serie A, when Roma loses, it is by 4 goals. Atalanta found 4 goals in the second half to overturn an early deficit against Roma.

Lazio are three points off Champions League qualifying spot in the league after a 2-0 home win against Napoli. The result was Lazio’s first league win in three games and a consecutive league defeat for Napoli.