Juventus rises to top three with a game in hand to potentially move 4 points from the top of the league table.
Both Milan sides secured a win without conceding.
Roma are replaced in the ‘top 4’ by the city rival; Lazio.
Napoli dropped a position after defeat against Genoa.
Atalanta gained a point.

Torino got a point to move a point away from the relegation-zone.
The three residents of the relegation zone at the start of the round remained in their league positions after suffering defeat in their respective matches. 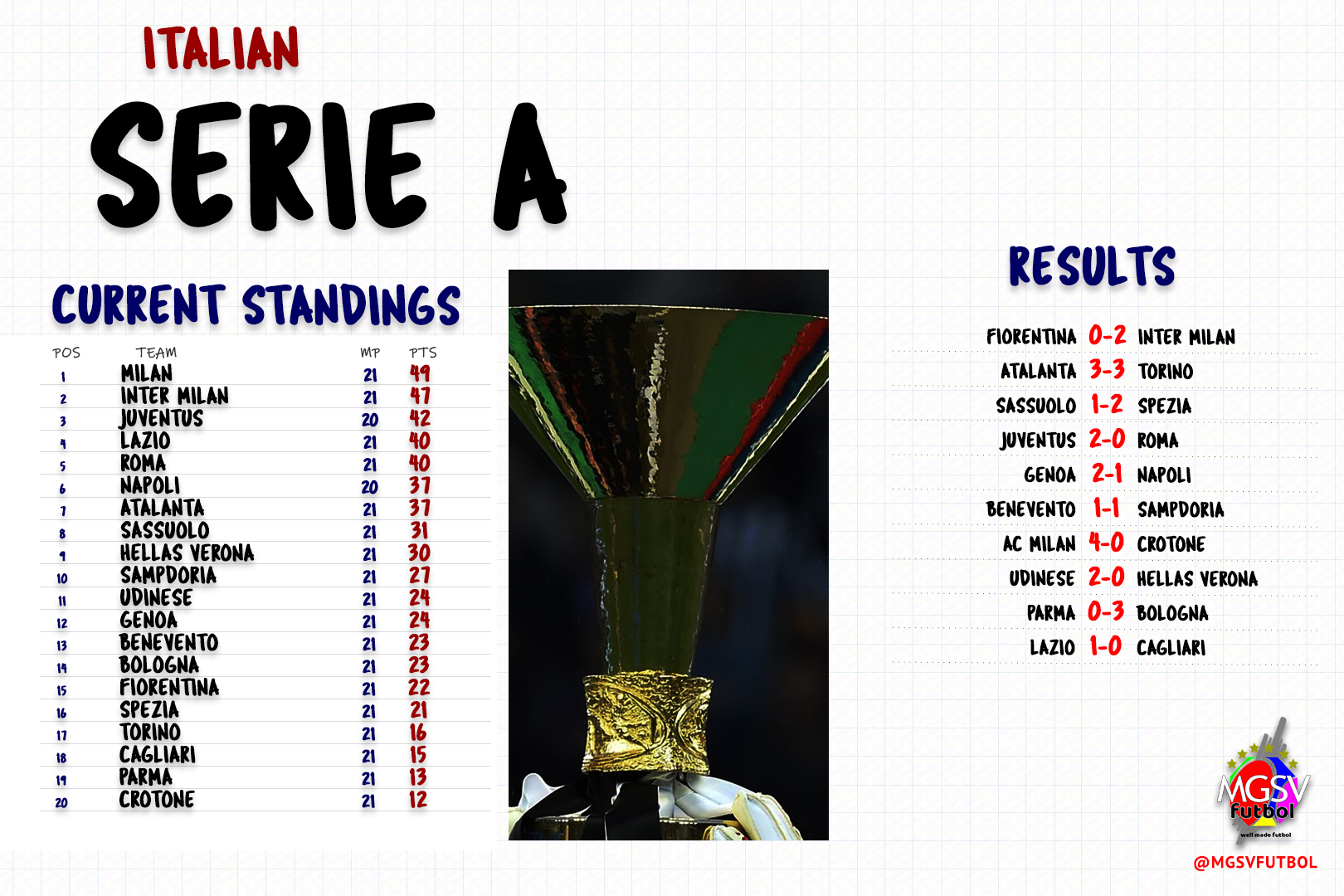