MANCHESTER CITY GOT THEIR HAND ON A TROPHY, AND ARE ON THEIR WAY TO ANOTHER LEAGUE TITLE. 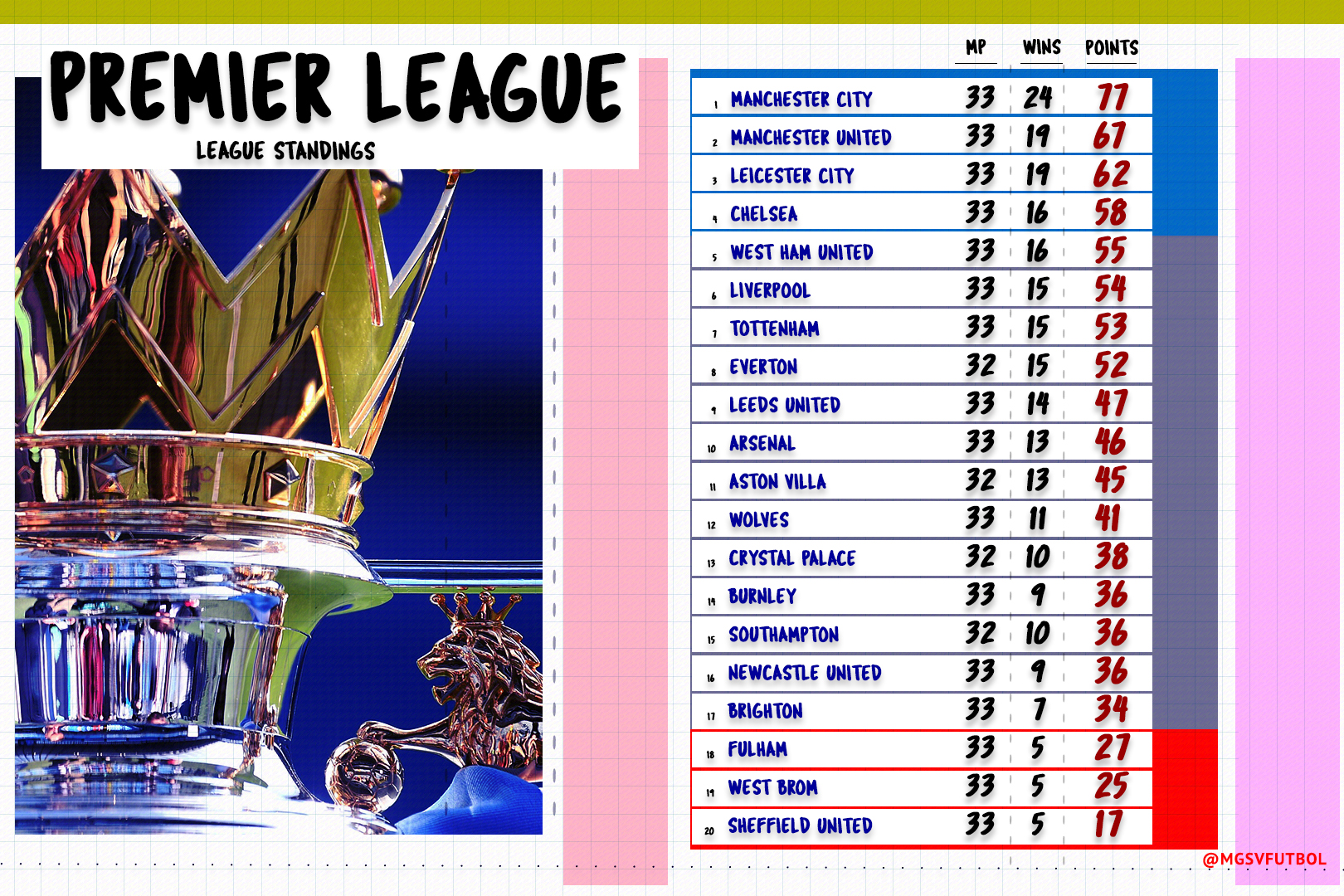 Manchester United’s goalless draw with Leeds meant Manchester City are 10 points clear in the lead with 15 points remaining.
The top four remain as it was from the end of the last round.
Liverpool used a point against Newcastle to move above Tottenham (6th).

Everton, Crystal Palace, Southampton, and Aston Villa are the four teams with a game in hand.

Manchester City and Tottenham were involved in an EFL Cup final, but they had already played their game for this round.
Manchester City were the winners of the 2021 EFL Cup. A fourth straight title.
They will return to the Premier League to a healthy lead in the title race, while Tottenham will be at risk of seeing another team leap above them in the league standings.

Two of the three relegation spots are still available. West Brom and Fulham are the current occupants.

Bernd Leno’s goalkeeping mistake gave Everton a win at Arsenal. Everton have done the double over Arsenal for the first time since 1986.

For the second game in a row, Joe Willock came off the bench and scored the final goal of the match to get point(s) on the board for Newcastle. Newcastle picked up a point at Anfield after Joe Willock scored 5 minutes into the additional minutes to cancel out Mohamed Salah’s early goal.
Timo Werner’s goal was enough for Chelsea to get three points from West Ham and open a 3-point gap between the ‘top 4’ and the rest of the league.
Sheffield United won their first game after getting relegated. They beat Brighton 1-0.

Chris Wood scored a first-half hat trick as a contribution to Burnley’s 4-0 win against Wolves.
Leeds United and Manchester United played out a goalless draw.
An equalizing goal in the additional minutes helped Aston Villa avoid a home defeat to West Brom. The result works for Aston Villa, but not for a West Brom side that are in need of every point to help their fight to avoid relegation.

Kelechi Iheanacho scored the winning goal and assisted the equalizing goal for Leicester City to come from a goal down to win 2-1 at home over Crystal Palace.