Manchester City takes the lead in the title race by a point and a game in hand.
Manchester United dropped points at home against bottom table Sheffield United.
Leicester City tied against Everton.
And Liverpool gets a bit more comfortable in the top 4.

West Ham made the leap from 7th to 5th.
Southampton dropped out of the top half of the league standings.
Arsenal moved up a position. 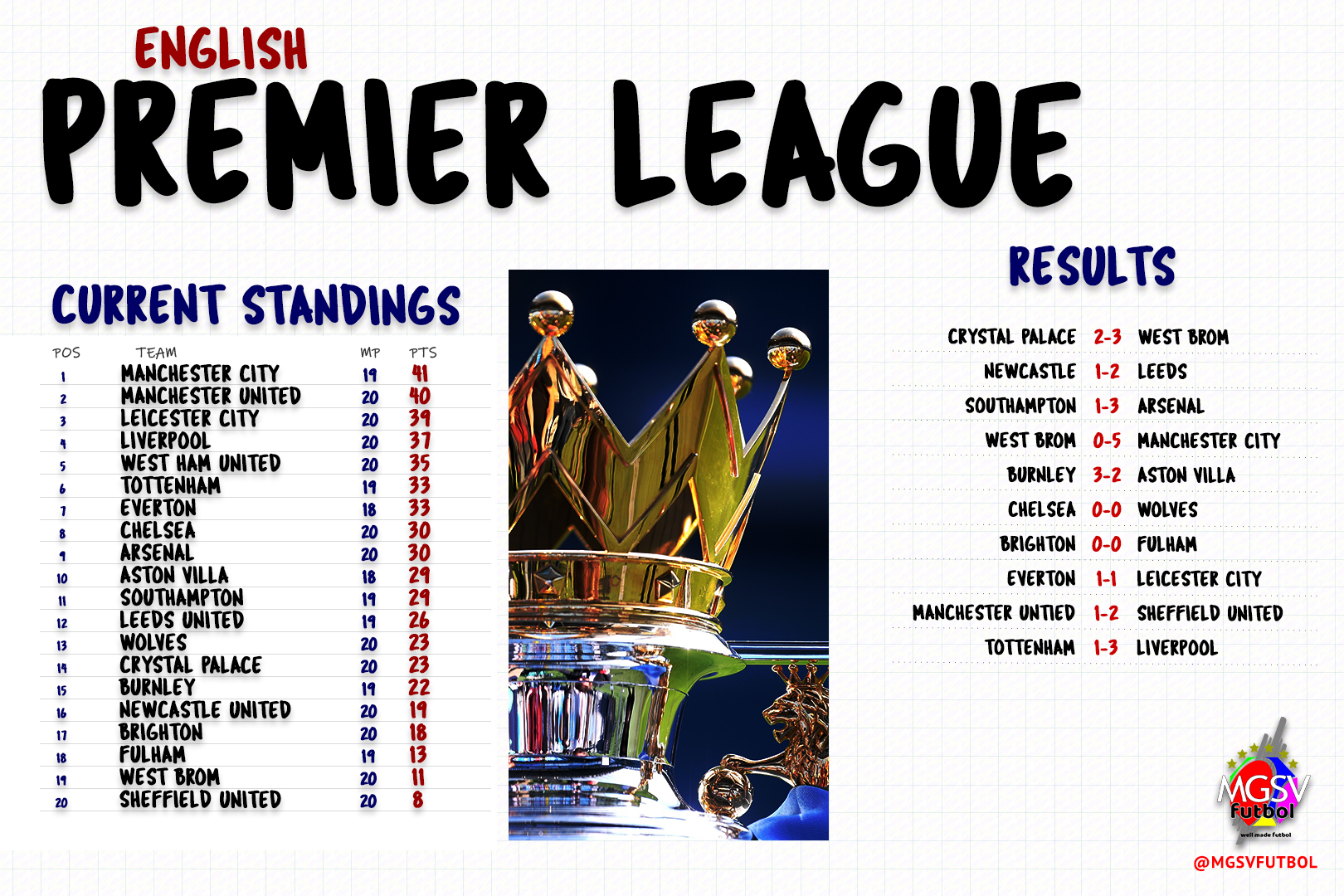 They got a goal to open the scoring and another to close the scoring, but Crystal Palace were beaten at home by West Ham. Tomas Soucek contributed two goals to West Ham’s win, as they kept their name in the race for a place in continental continental competition.

A ‘2-1’ defeat at home to Leeds was Newcastle’s 11th competitive match without a win. They are on a run 5 straight league defeats after 7 losses in 9 league games. After defeat in their last two league games and elimination from the FA Cup to Crawley Town, Leeds United need this result now more than ever.

Arsenal got their revenge.
Arsenal’s front three got a goal each to bring the team from an early goal down to a win against Southampton. A revenge for getting knocked out of the FA Cup.

Manchester City climbed to the top.
Manchester City showed the reason for the wide gap in league positions when they were 3-0 up in the opening 30 minutes of their match against West Brom. A little over a month ago, West Brom held them to a 1-1 draw at the Etihad Stadium. It finished 5-0 this time around with Ilkay Gundogan scoring a brace. Gundogan has 4 goals in his last 3 league games.

Burnley came from a goal down on two occasions to secure all three points at home against Aston Villa. Dwight McNeil scored the equalizer and assisterd the winning goal for Burnley.

Fulham still has a game in hand but couldn’t get a result to cut the gap between them and Brighton in the league standings. Brighton remains 5-points clear after a goalless draw at home with Fulham.

Everton and Leicester City shared the points after a 1-1 draw.

Manchester United entered the round on top of the Premier League standings, only to suffer a home defeat against the team at the bottom of the league standings. Sheffield United won their second league match and their first away victory of the season at Old Trafford, denting Manchester United’s title contention dreams.