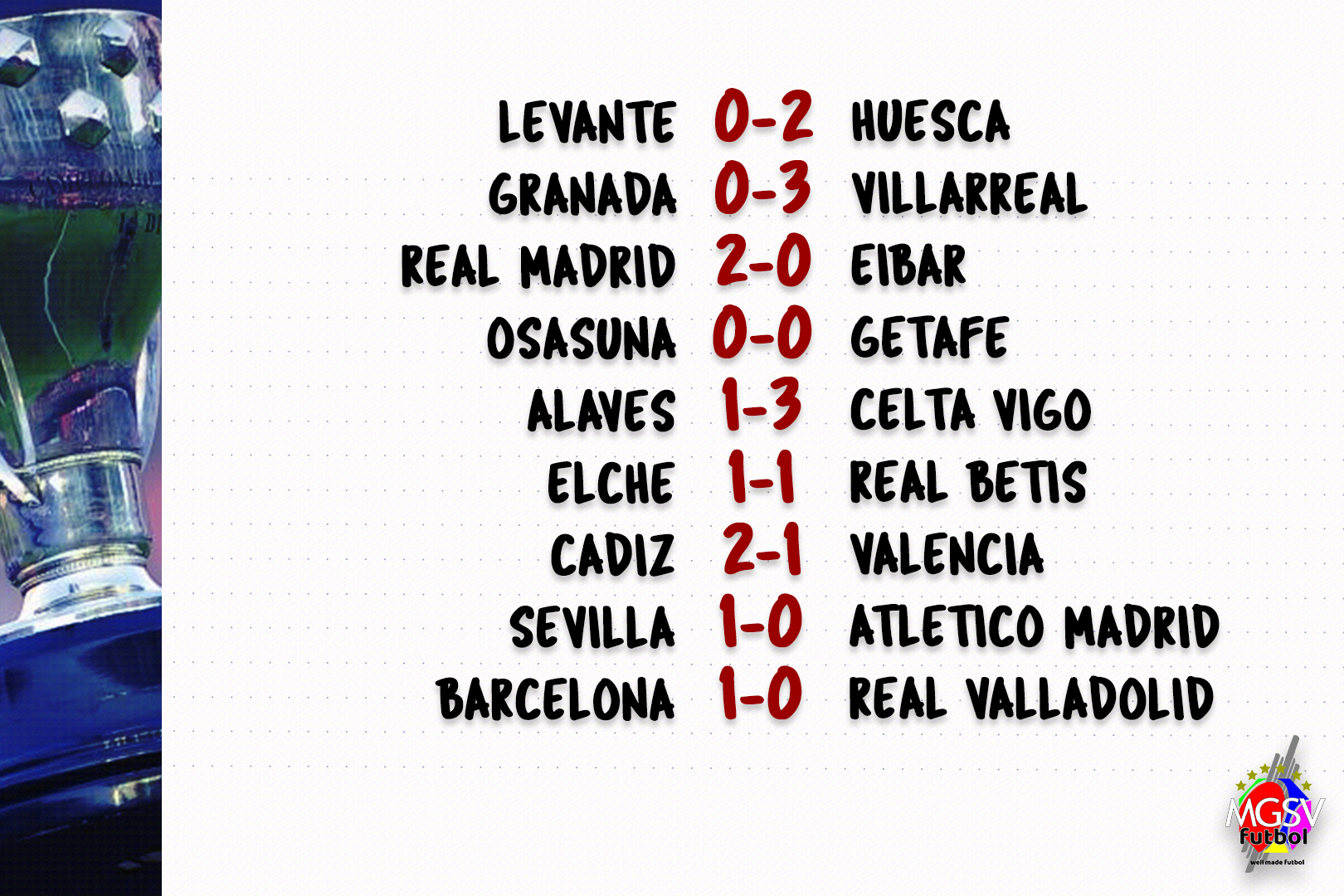 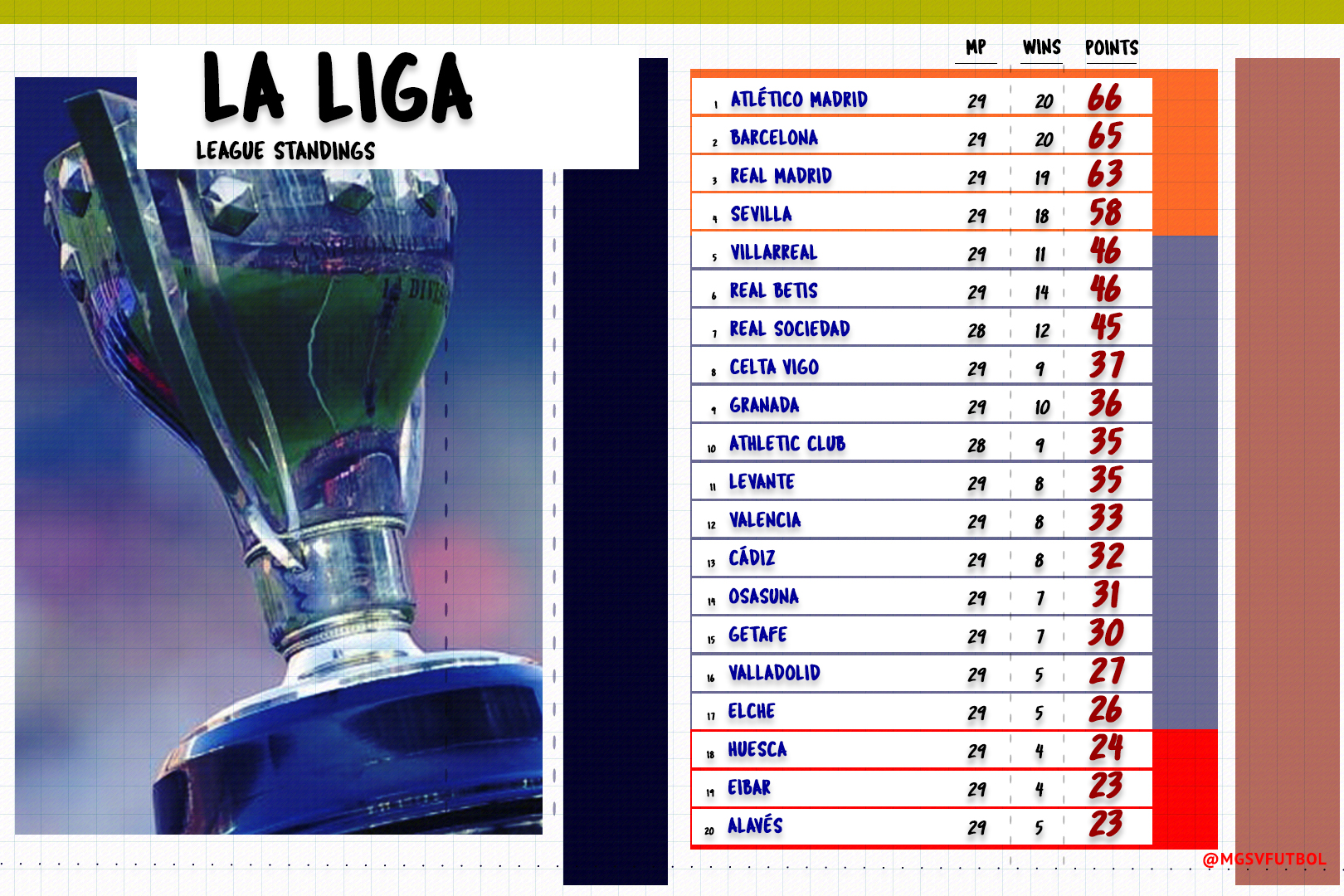 With 9 rounds left in the season, the top three teams are separated by three points.
Atletico Madrid picked up no points, while both Barcelona and Real Madrid secured the maximum points from their games.
The other three teams in the top 4 moved closer to Atletico Madrid.

Real Sociedad and Athletic Club were involved in the Copa del Rey final so they both have a game in hand to play (against each other). A repeated outcome will allow Sociedad to open a 13 point gap in the standings.

Gerrard Moreno scored three for Villarreal’s win to move up the ranks in the scoring list.


Gerard Moreno scored all three goals for Villarreal to take all three points from Granda. Villarreal opened a 10-point lead on Granada after a 3-0 win.
Marco Asensio and Karim Benzema were the scorers in Real Madrid’s 2-0 win against Eibar.

Celta Vigo were up 3-0 by the 20th minute mark; and went on to win 3-1 against bottom-tabled Alaves. Iago Aspas scored a goal between two assists.
Real Betis couldn’t get closer to the ‘top 4’. They dropped points in a 1-1 draw with relegation-threatened Elche.

A ‘2-1’ win for Cadiz against Valencia. A late goal in the 88th minute took Cadiz a point away from Valencia.

Lucas Ocampos had his penalty saved by Jan Oblak in the opening 10 minutes to deny Sevilla an early lead. Marcos Acuna scored the only goal of the game in the 70th minute to get Sevilla the win to close in on the ‘top 3’, while intensifying the pressure on Atletico Madrid.

It was more of a contest than we expected at the Camp Nou but Barcelona won it at the death against Valladolid. Ousmane Demeble struck in the winning goal in the 90th minute to secure the 3 points for Barcelona to move a point behind the league leaders.