Atletico Madrid lead has been narrowed to three points, but there is a game in hand to help extend it with a win.
Sevilla takes an away win against Osasuna to move above Barcelona into 3rd place.

The bottom two teams were on the winning side. Elche and Huesca picked up three points from their respective fixtures to help their survi al bid in the league.
Elche were ‘1-0’ winners against Eibar, while Huesca were 3-2 winners against Granada. 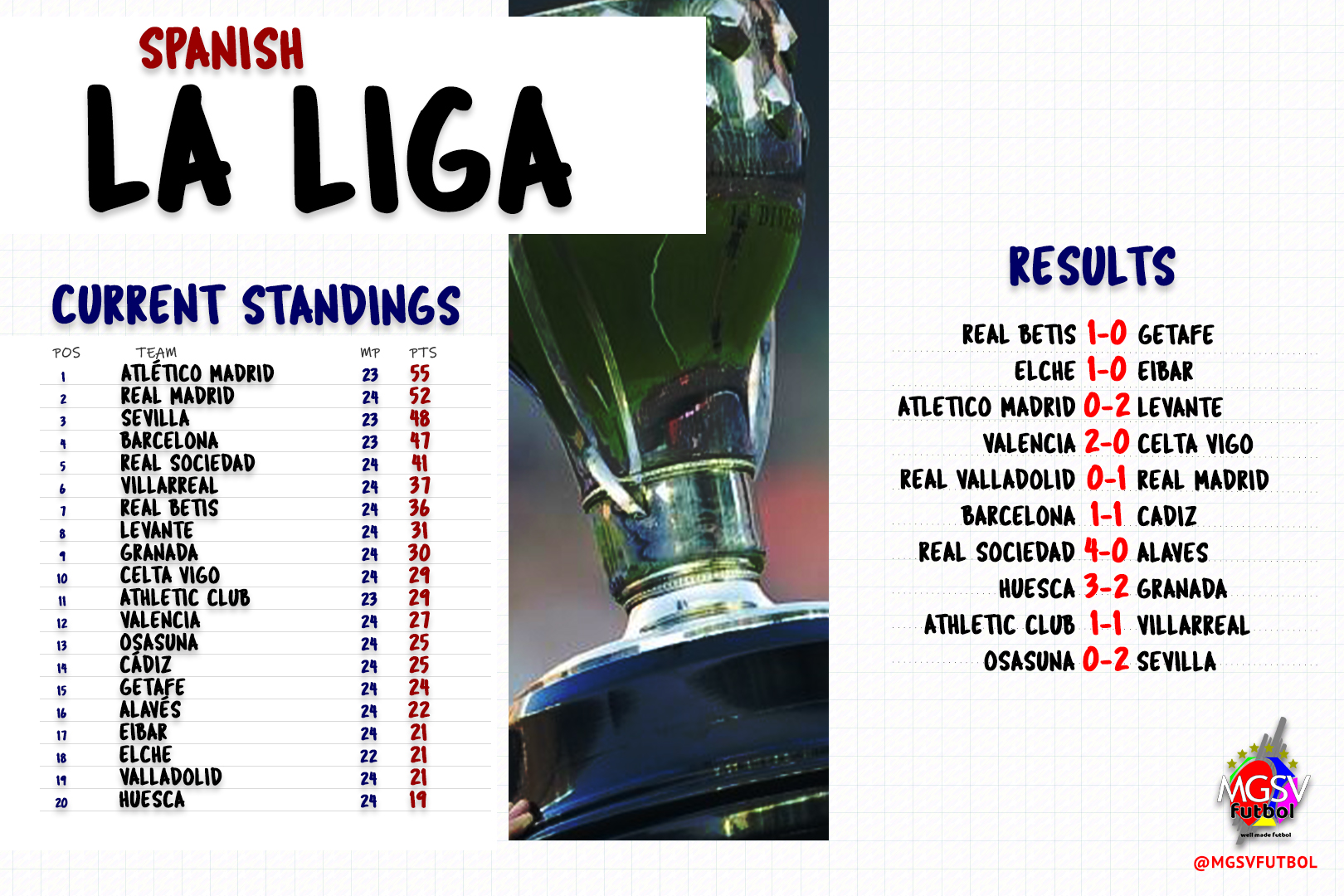 Borja Iglesias scored from the penalty spot in the 84th minute to get Real Betis a consecutive league win through a 1-0 victory against Getafe.

Elche won 1-0 at home against Eibar. Elche with two games in hand picked up three points to equal Eibar in points tally.

Atletico Madrid were beaten at home by Levante. A first defeat in the league since losing to their city rival Real Madrid on December 12, 2020. The 2-0 defeat meant Atletico Madrid have dropped 7 of the 12 points available in their last 4 matches. Their lead in the title race is narrowing.
This was Levante’s first win in 4 matches.

Valencia scored two goals in a lengthy additional minutes to beat a 10-man Celta Vigo side. Celta Vigo were reduced to 10 men and forced into a substitution when goalkeeper Ruben Blanco was sent off for a tackle outside the penalty box.

Casemiro scored the only goal of the match for Real Madrid to take full advantage of Atletico Madrid’s slip, Real Madrid picked up the maximum points against Valladolid.

A late error allowed Cadiz the opportunity to score an equalizing goal from the penalty spot at the Camp Nou. Barcelona dropped points on a weekend when the maximum points were needed to take advantage of Atletico Madrid’s slip up.

Alexander Isak scored his first professional hat-trick to get Real Sociedad to a 4-0 win against Alaves.

Bottom-table Huesca used a 3-0 first half lead to secure a 3-2 home win against Granada. Granada have gone 6 league games without a win.

The points were shared between Athletic Club and Villarreal.