The price for being the only team in the ‘top 4’ to lose their game in the round for Real Madrid was dropping to 3rd in the standings.

Atletico Madrid are 10 points clear with a game in hand, while a point separates the nearest three teams in the title race.

Despite the win, Huesca remained bottom of the league table. 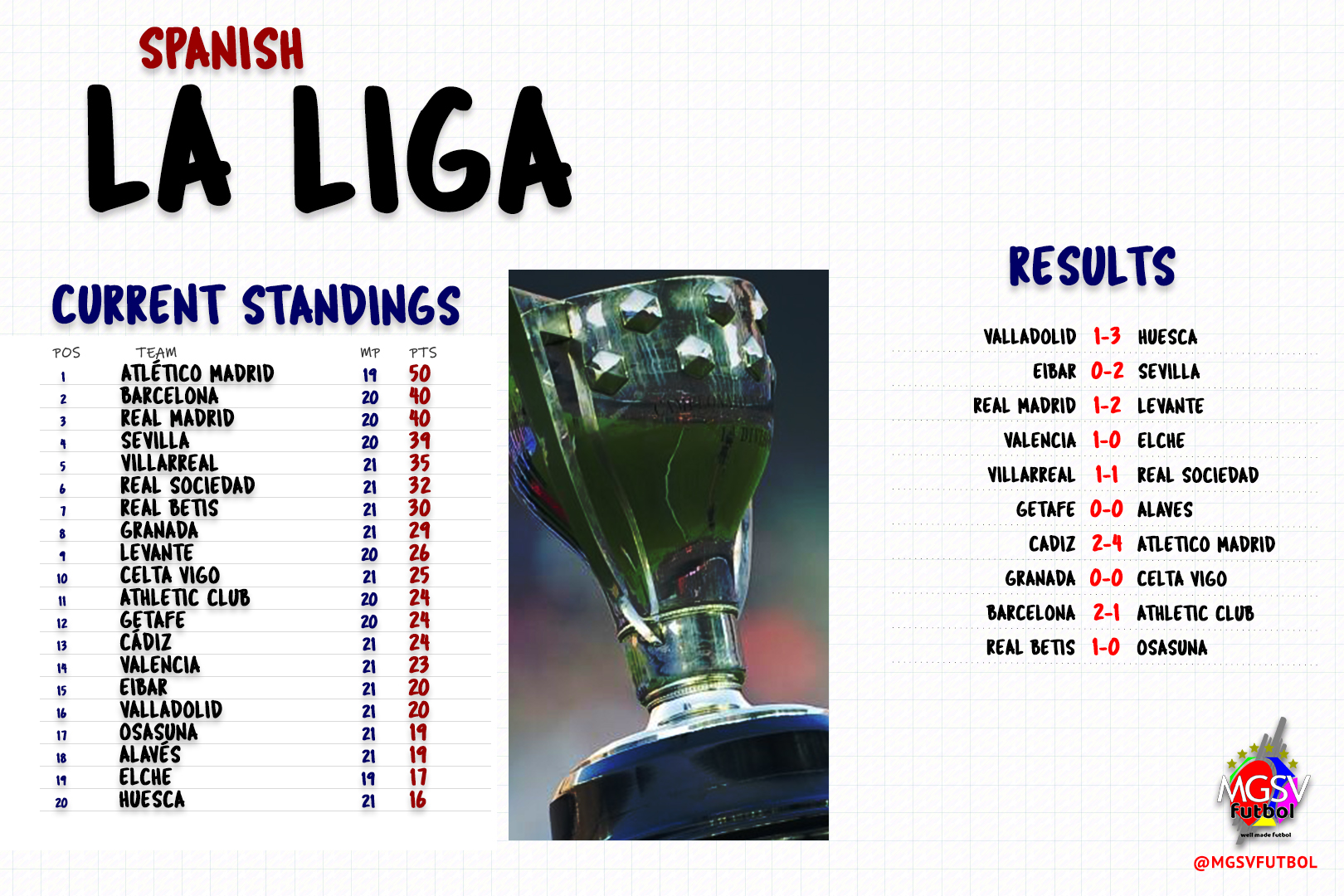 
Rafa Mir scored a hattrick to get Huesca their second league win of the season. Huesca won 3-1 away against Valladolid.

Another win for Sevilla (2-0 at Eibar). Their only defeat from the last 15 competitive matches have been away against the league leaders (Atletico Madrid)

The numerical disadvantage didn’t stop Real Madrid from taking the lead first, but probably stopped them from avoiding defeat. Real Madrid were reduced to 10 men in the opening 10 minutes after Eder Militao was sent off on a red card.
Levante beat Madrid. Roger made up for missing a penalty by scoring from open play to win the match for Levante.


Alexander Isak scored deep into the additional minutes for Real Sociedad to avoid defeat against Villarreal and fall 6 points behind them in that standings. It was a deserved point for Real Sociedad but it wasn’t the result to end their 4 game winless run.


Getafe were held at home by Alaves to a goalless draw.

Luis Suarez scored two goals as Atletico Madrid grabbed another set for three points from a 4-2 win at Cadiz.

Granada kept their 4-point lead on Celta Vigo after playing out a goalless draw.

Barcelona got the win to take advantage of Real Madrid’s slip.
Lionel Messi and Antoine Griezmann provided the goals for Barcelona to get a 2-1 home win against Athletic Club.

Real Betis narrowly won against relegation threatened Osasuna in the final match of the round.