Manchester City picked up their 5th league title with Sergio Aguero coming off the bench to score a brace to help Manchester City to a 5-0 win against Everton on a festive day.
Aguero’s goals allowed him to break the record for most goals scored (184) by a player for a Premier League club. He broke the record on his way out of the Premier League.

184 – Sergio Agüero has scored 184 Premier League goals for Manchester City, breaking the competition record for most goals scored for a single club. Farewell.

The Manchester clubs are the best teams in England (according to the league table). Without a title race and a relegation avoidance race on the final day of the season, the focus was on continental football qualification.

Just like last season, Leicester City dropped in the Europa League after spending most of the season in the Champions League qualifying spot.
Leicester City dropped out of the Champions League after a 4-2 home defeat to Tottenham.
Chelsea benefited from Leicester’s defeat. A 2-1 defeat against Aston Villa could have done a lot of harm to Chelsea if Tottenham had not come out of Leicester with three points.
Tottenham’s win puts them above Arsenal; and qualified them for the new Europa Conference League.
Arsenal will have only domestic competitions to play in the coming season. 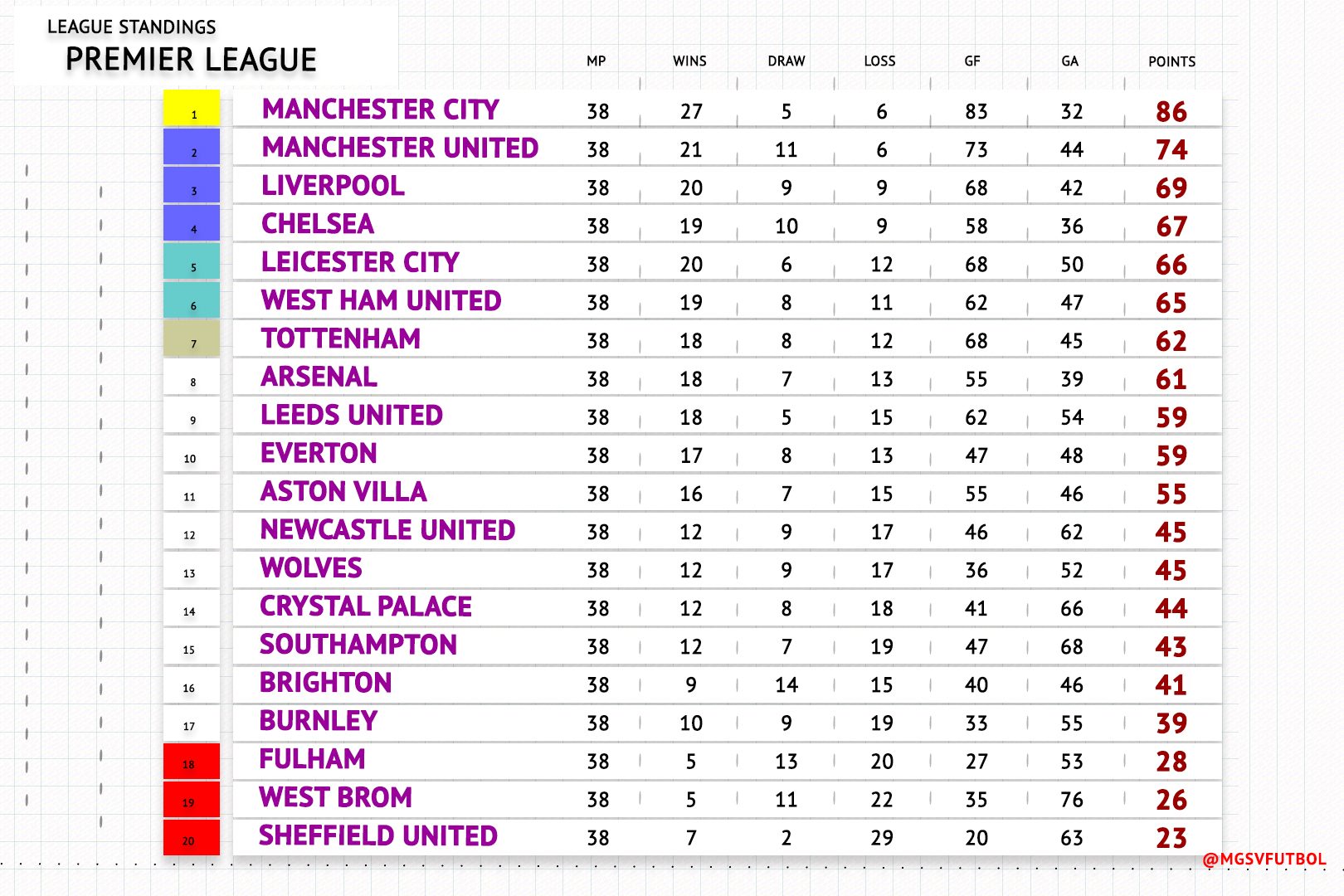