The top four teams coming into the round were all winners in their respective matches.
Lazio overtook Atlanta by dropping them from 5th to 7th.

The Milan teams continue to lead the way. AC Milan with a slim 2-point lead. 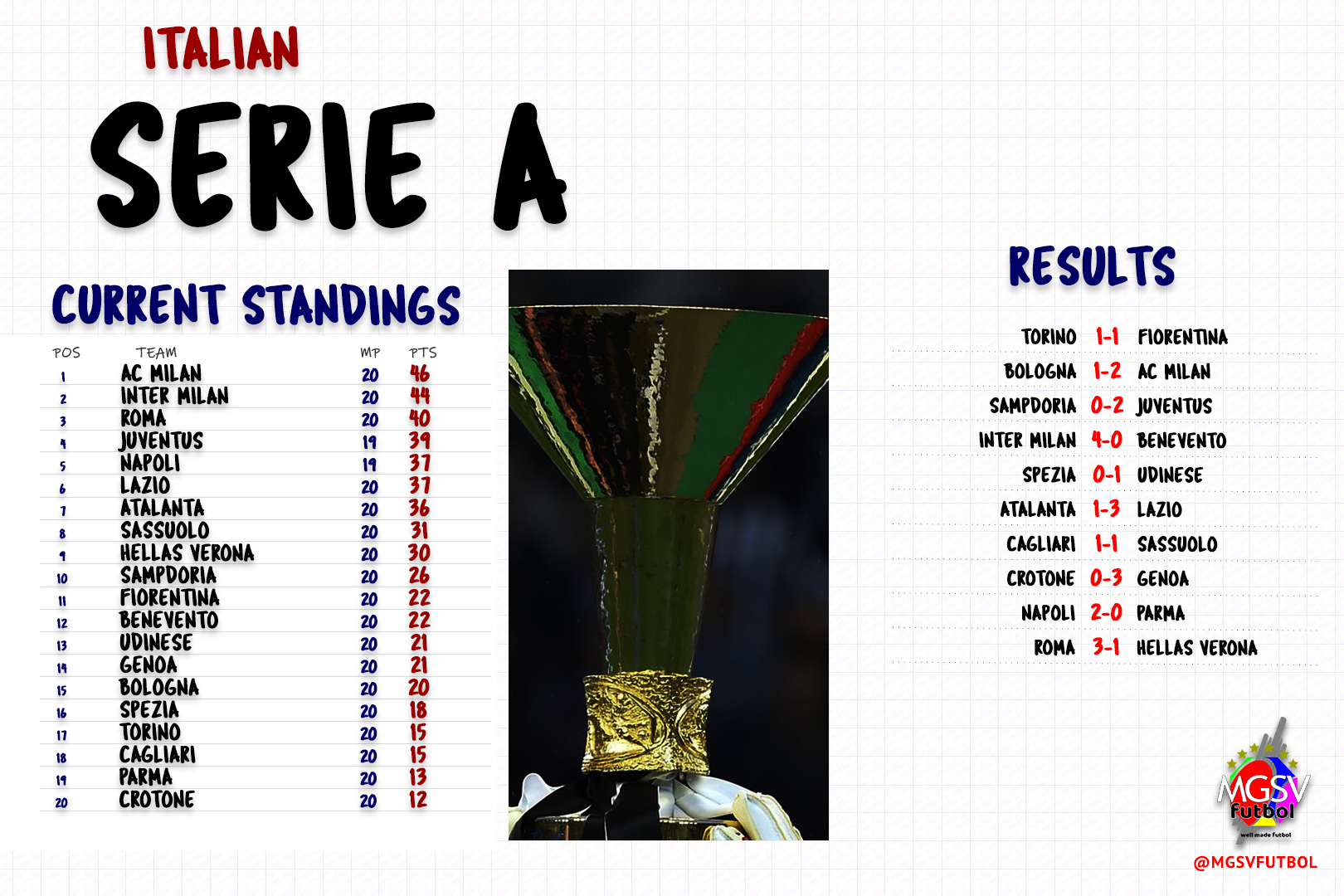 Fiorentina had two goals ruled out by VAR, two players sent off on a red card (Gaetano Castrovilli in the 61st-minute and Nikola Milenkovic ten minutes later), and conceded a late equalizing goal to leave Turin with a point. All this happened in the second half.

AC Milan kept their position at the top of the standings after a 2-1 win at Bologna.


Romelu Lukaku scored the last two goals of the game as Inter Milan picked the three points from a 4-0 win against Benevento.


Udinese won their first league match in 10 tries after Rodrigo De Paul converted from the penalty spot to score the only goal of their match against Spezia.

Atalanta might have gotten Lazio out of the Coppa Italia, but it was Lazio who was picking up three points this weekend after a 3-1 win in Bergamo.

Jeremie Boga’s goal saved Sassuolo from a defeat at Cagliari.

Mattia Destro scored a goal in each half as Genoa went on to pick up three points from bottom-table Crotone with a 3-0 win.

Napoli bounced back from defeat to Hellas Verona with a 2-0 win against Parma.

The task was completed with three first half goals. Roma bounced back from defeat to Hellas Veron in their last league game with a 3-1 win against Hellas Verona.