Paris St. Germain’s lead remains at 2 points as the top three teams coming into the round picked up wins.
Monaco dropped from 4th to 5th after defeat to Lille.
Marseille with two games in hand are 4 points from the top. Mathematically, they are the league leaders with wins from the outstanding games.
Montpellier fell from 5th to 6th after defeat against the league leaders.
Bordeaux used a win against Brest to get to the middle of the league table from 13th. 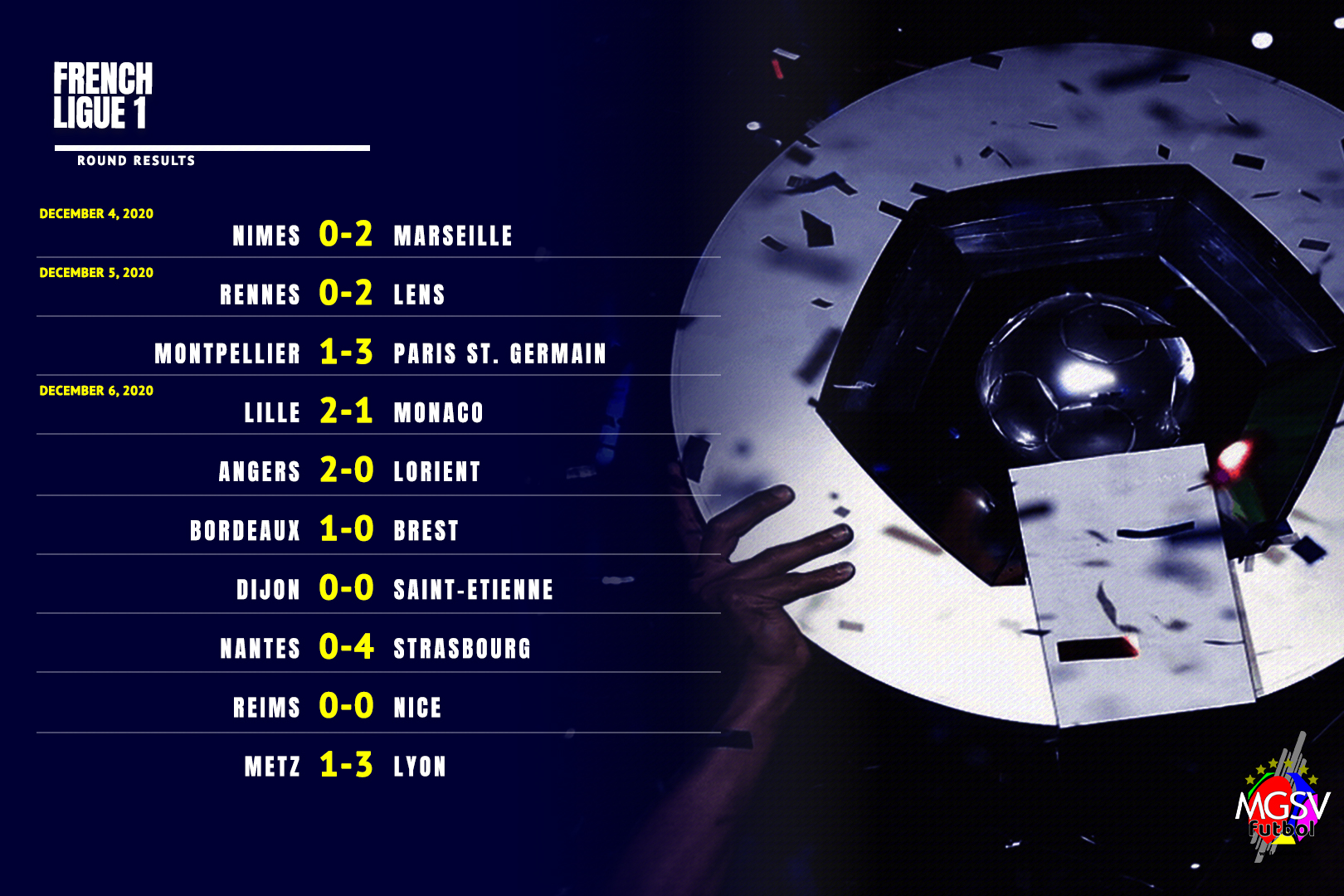 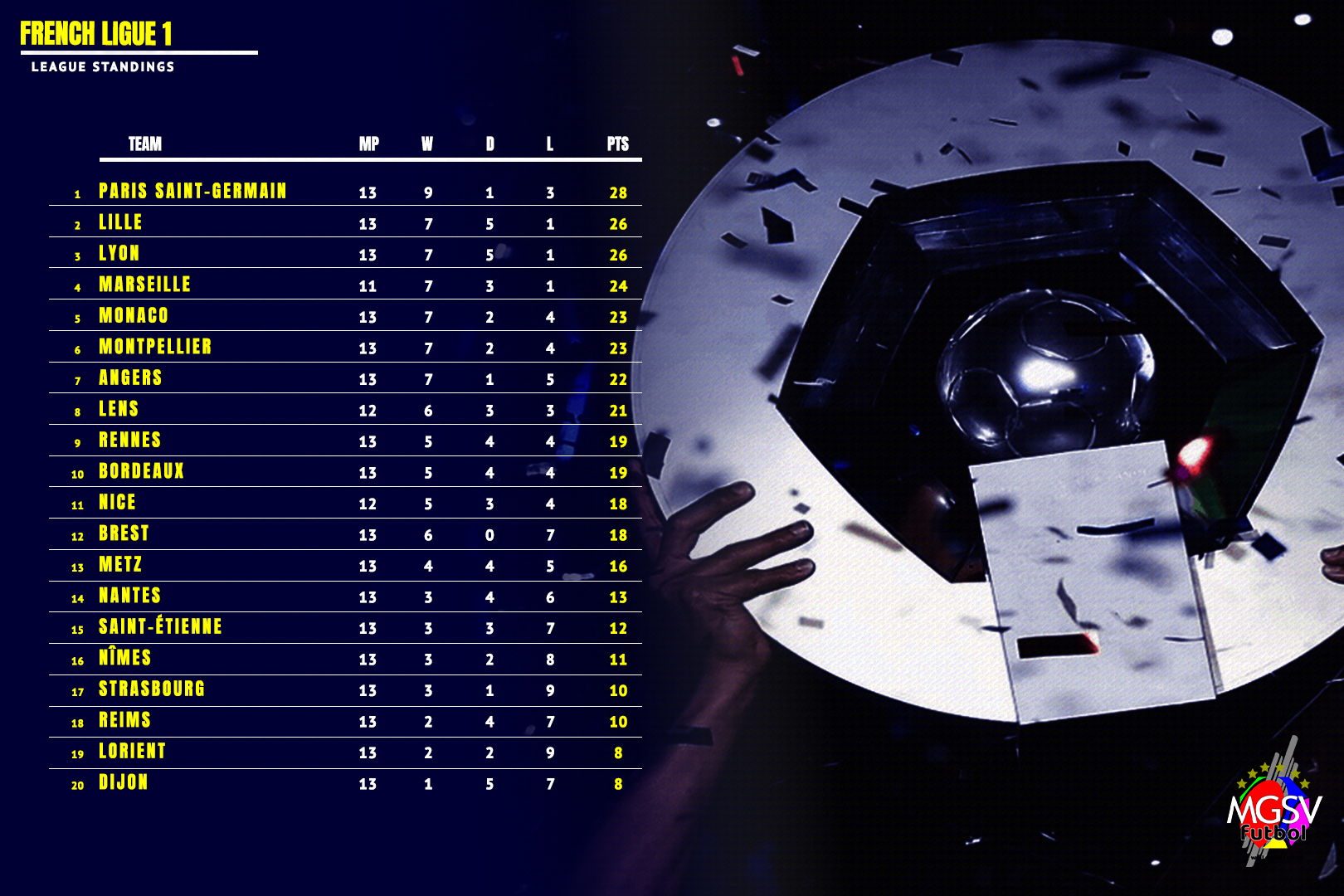