THE ITALIAN SERIE A AFTER ROUND 24

14 rounds is enough for things to change in a title race, but Inter Milan are looking like the team to break Juventus’s title winning streak.

The Milan teams lead the race.
AC Milan kept up pace with Inter Milan with a win that pushed Roma out of the ‘Top 4’. 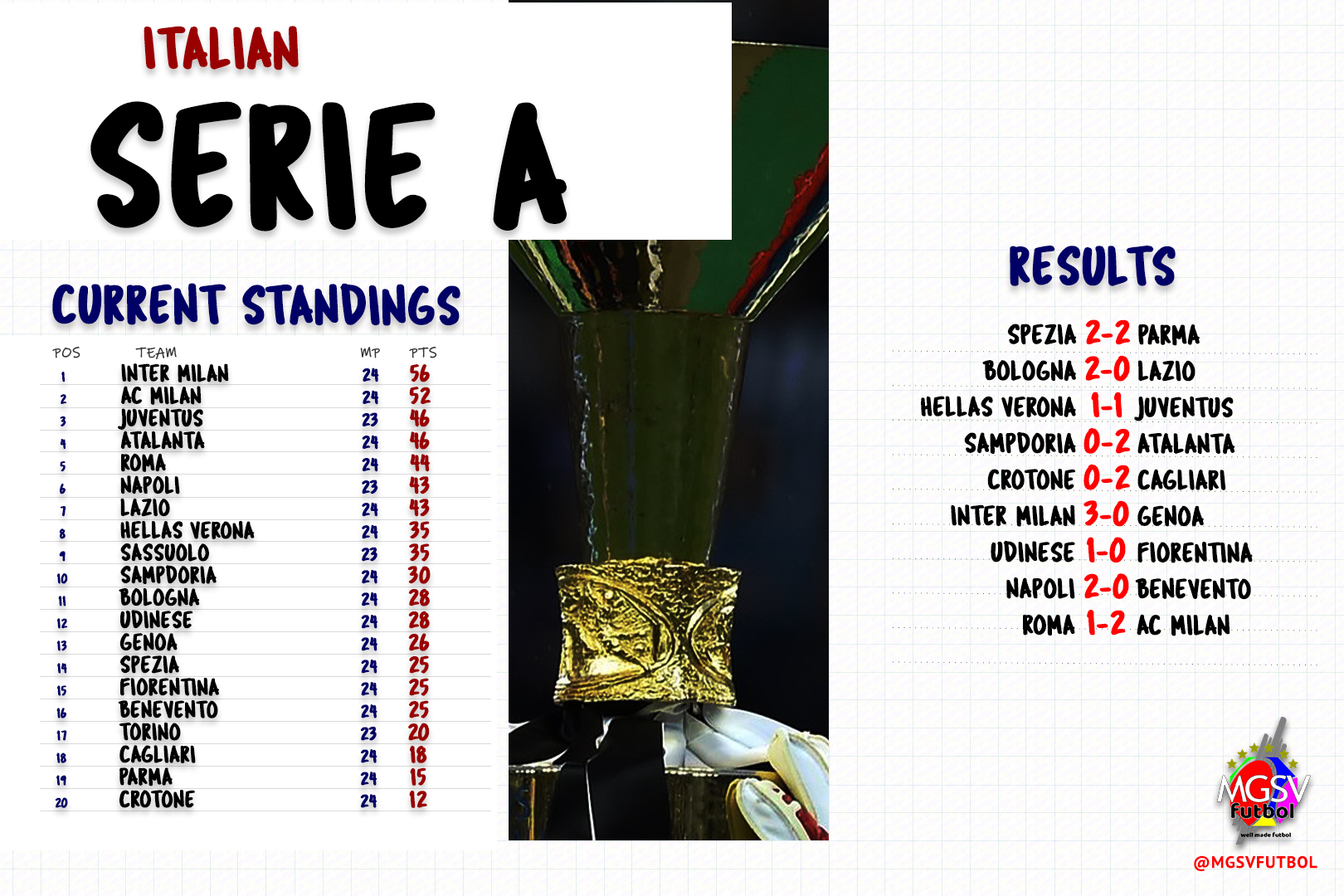 At 2-0 down after the opening half, Emmanuel Gyasi scored two second half goals to get Spezia a point at Parma.

Lazio missed the opportunity to take the lead when Ciro Immobile had his penalty saved in the 17th minute. They were punished just minutes after when Ibrahima Mbayer pounced on a rebound to give Bologna the lead in the 19th minute. Nicola Sansone doubled the lead for Bologna in the second half.

Antonin Brarak scored a 77th minute equalizing goal to get Hellas Verona a point
at home against Juventus.

Three wins in a row for Atalanta after a 2-0 win against Sampdoria.

Crotone were pinned to the bottom of the league table after Cagliari found two goals in the second half to pick up three points to help their bid to escape relegation.

Inter Milan left no chance for the chasing pack. Romelu Lukaku scored in the opening minute to hand them a lead that held up till it was doubled by Matteo Darmian in the 69th minute, and tripled by Alexis Sanchez ten minutes after. Inter Min 3-0 against Genoa.

Ilja Nestorovski scored the only goal of the match in the 86th minute to get Udiense the home win against Fiorentina.

Napoli bounced back from defeat to Atlanta with one against Benevento.

AC Milan passed a major test after defeat in the Milan derby. They went to Rome and picked up all three points against Roma.