AC Milan suffered defeat and allowed Inter Milan’s lead to grow to 9 points.
Juventus with a game in hand are a point behind second plae AC Milan.
Atalanta replaces Roma in the ‘top 4’ .

Parma dragged Torino and Cagliari closer to the relegation zone after their win against Roma.
Crotone came close but lost their game against Lazio. They remain at the bare bottom of the league.

A Cristiano Ronaldo hat-trick shoots him 4 goals ahead of any other player in the league. 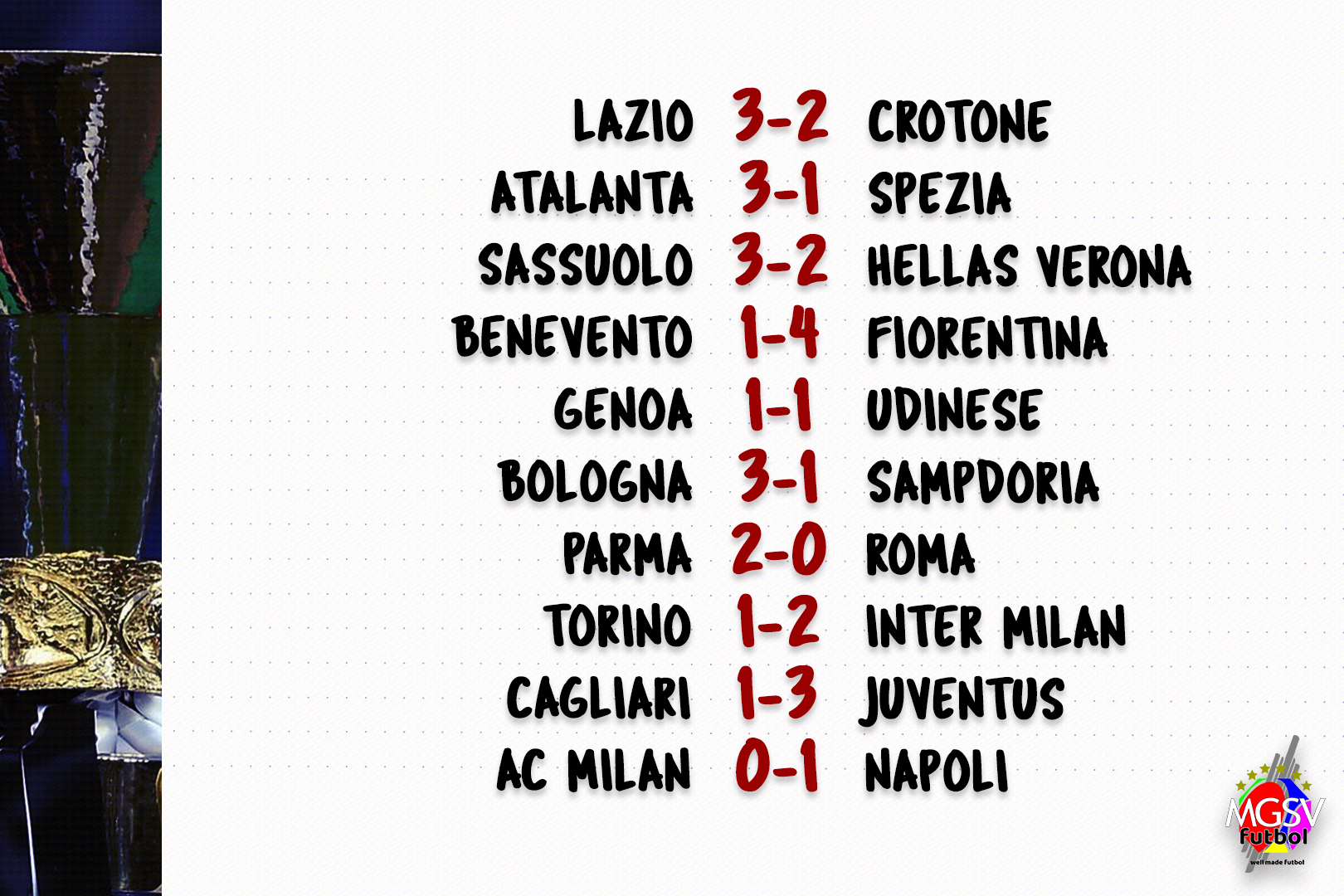 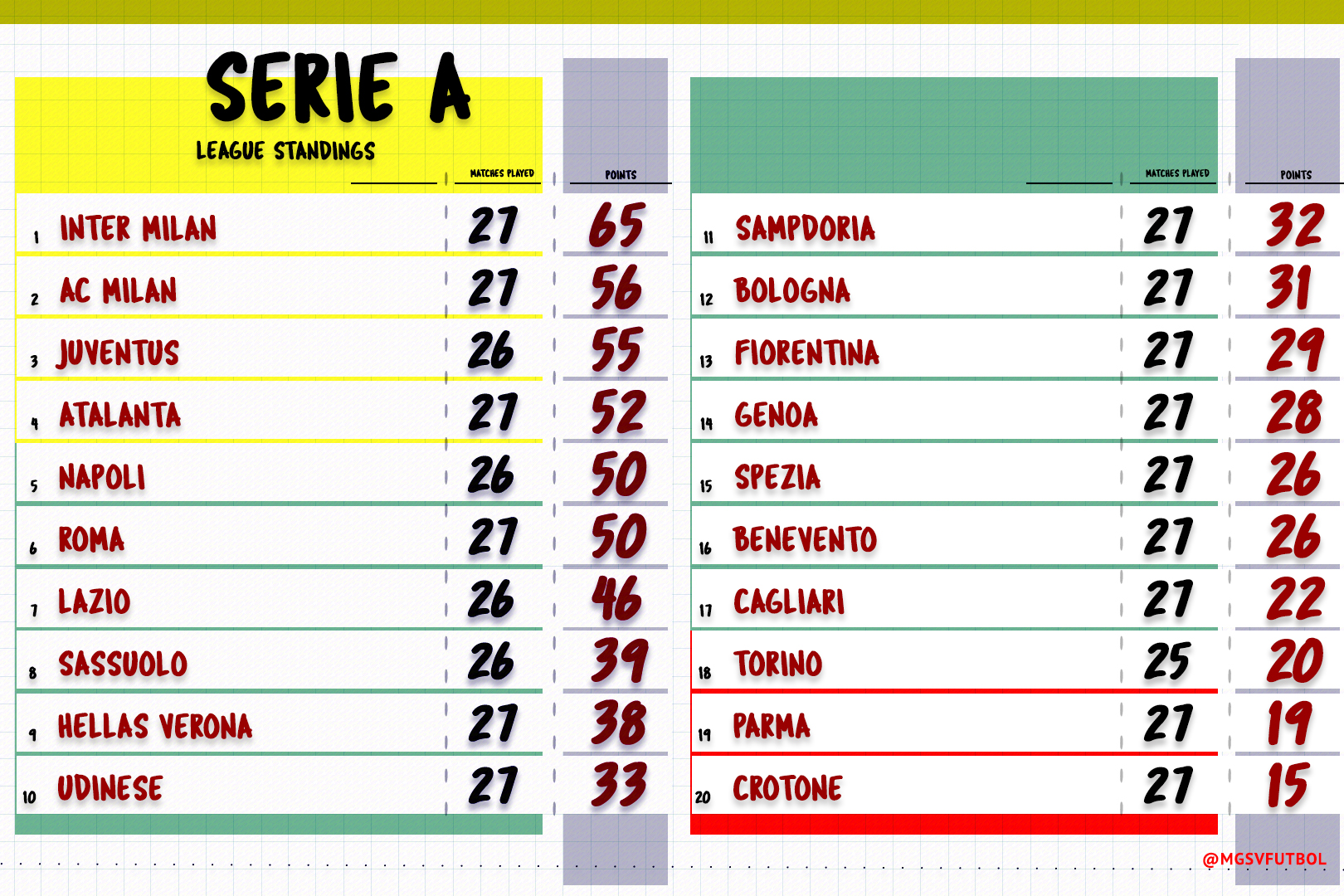 Lazio got the three points at home against bottom table Crotone but it wasn’t as clear cut as their league positions would have predicted. Felipe Caicedo came into the game in the 76th minute and scored the winner for Lazio in less than 10 minutes.

Hamed Traore’s goal handed Saussolo a win after they had failed to keep their first two leads.

Dusan Vlahovic’s first half hat trick got Fiorentina to a 4-1 win at Benevento. The result ended a three match winless run for Fiorentina. For Benevento, it’s 11 games without a win in the league.

Bologna moved a point away from Sampdoria after a 3-1 win.

Parma won their first competitive game of the year after a 2-0 win against a Roma side that are in contention to qualify for continental football competition. Parma’s last victory in all competitions was a 2-1 win at Genoa on November 30, 2020. 19 matches played since; with 18 being league matches. 11 defeat (10 in the league) and 7 draws and a win against Roma.

Cristiano Ronaldo scored his first Juventus hat-trick to get his side the three points in Cagliari.