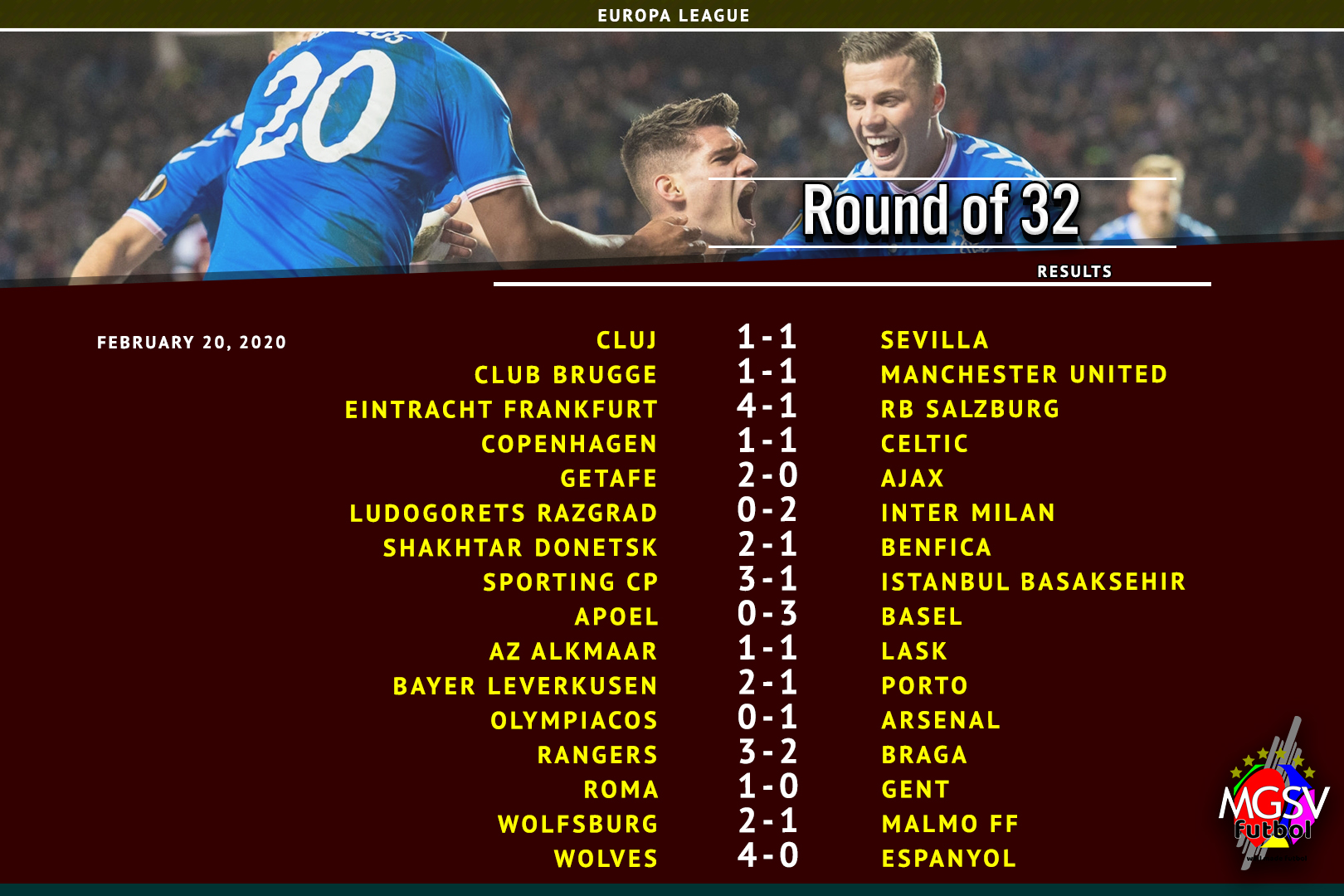 Sevilla, Manchester United, Cletic, and LASK were involved in a draw but picked up and away goal to build on in the second leg.

In the same token, Cluj, Club Brugge, Copenhagen, and AZ Alkmaar were unbeaten but need an away goal in the second-leg

Daichi Kamada scored the first three goals of the match to help Eintracht Frankfurt to a 4-1 victory against RB Salzburg.
It’s now Salzburg’s job to win big on their home grounds.

Getafe did what was needed to defeat Ajax.
The ‘2-0’ defeat means the Dutch champions will need to be clinical in front of both goals in the second leg in Amsterdam.

A late penalty allow Inter Milan to double their lead against Ludogorets Razgrad.
The task is expected to be completed at the San Siro.

Sporting CP takes a 3-1 lead to Turkey for the second-leg against Istanbul Basaksehir.

Basel won on the road and grabbed three away goals while doing so.
It will be APOEL’s task to turn the tie around in Switzerland. Highly unlikely but football is strange.

In what was quite an evenly balanced match, Alexandre Lacazette’s goal in the 81st-minute gave Arsenal a win to build on in London for the second-leg. Arsenal gets a narrow victory against Olympiacos.

Rangers came from 2 goals down to beat Braga at the Ibrox Stadium.
It was a great comeback but there is lots to do for Rangers when they make the trip to Braga for the return leg.

Carles Perez’s goal in the 13th-minute was enough for Roma to win at home against Gent.
Wolfsburg quickly came back from a goal down to beat Malmo by goal.

Wolves beat Espanyol.
Four goals scored and none conceded for a home win that put Wolves a foot and a half in into the Round of 16.