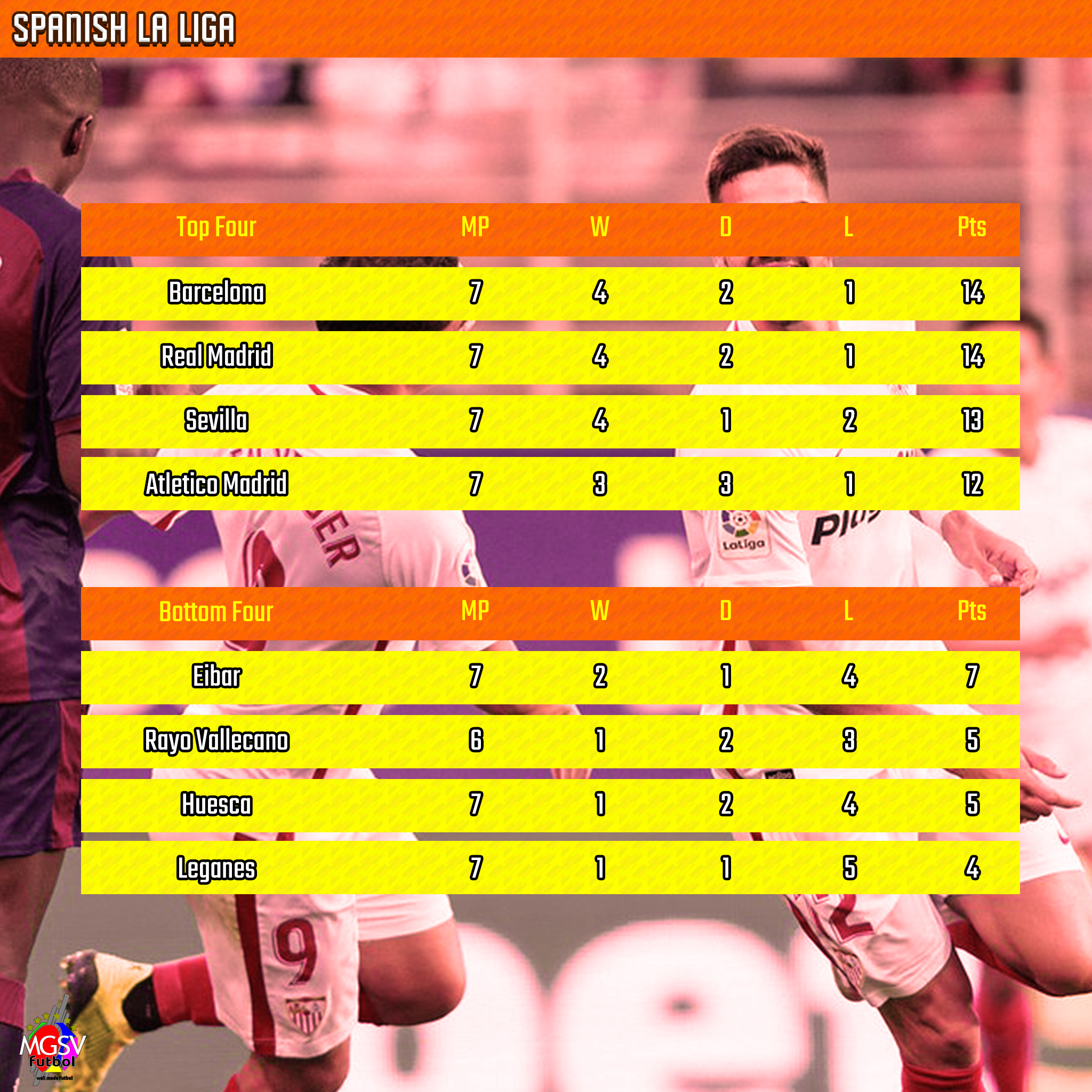 Lionel Messi had to come off the bench to inspire his Barcelona side to a point at home against Athletic Club. Despite failing to secure a league victory in their last 3 matches, Barcelona’s position at the top of the league table hasn’t changed since Real Madrid has continuously failed to get the result to take advantage of Barcelona’s slip-ups.

A goalless Madrid derby kept Barcelona in pole position despite failing to secure maximum points. Real Madrid and Atletico Madrid could only find a point from the first Madrid derby of the 2018/19 season.

Andre Silva scored the opening goal of the match in Sevilla’s ‘3-1’ away victory against Eibar. Silva’s goals sent his tally to 7 and makes him the current top goalscorer in the league.

Kevin Gameiro’s goal brought Valencia their first victory of the season after a ‘1-0’ away victory against Real Sociedad.