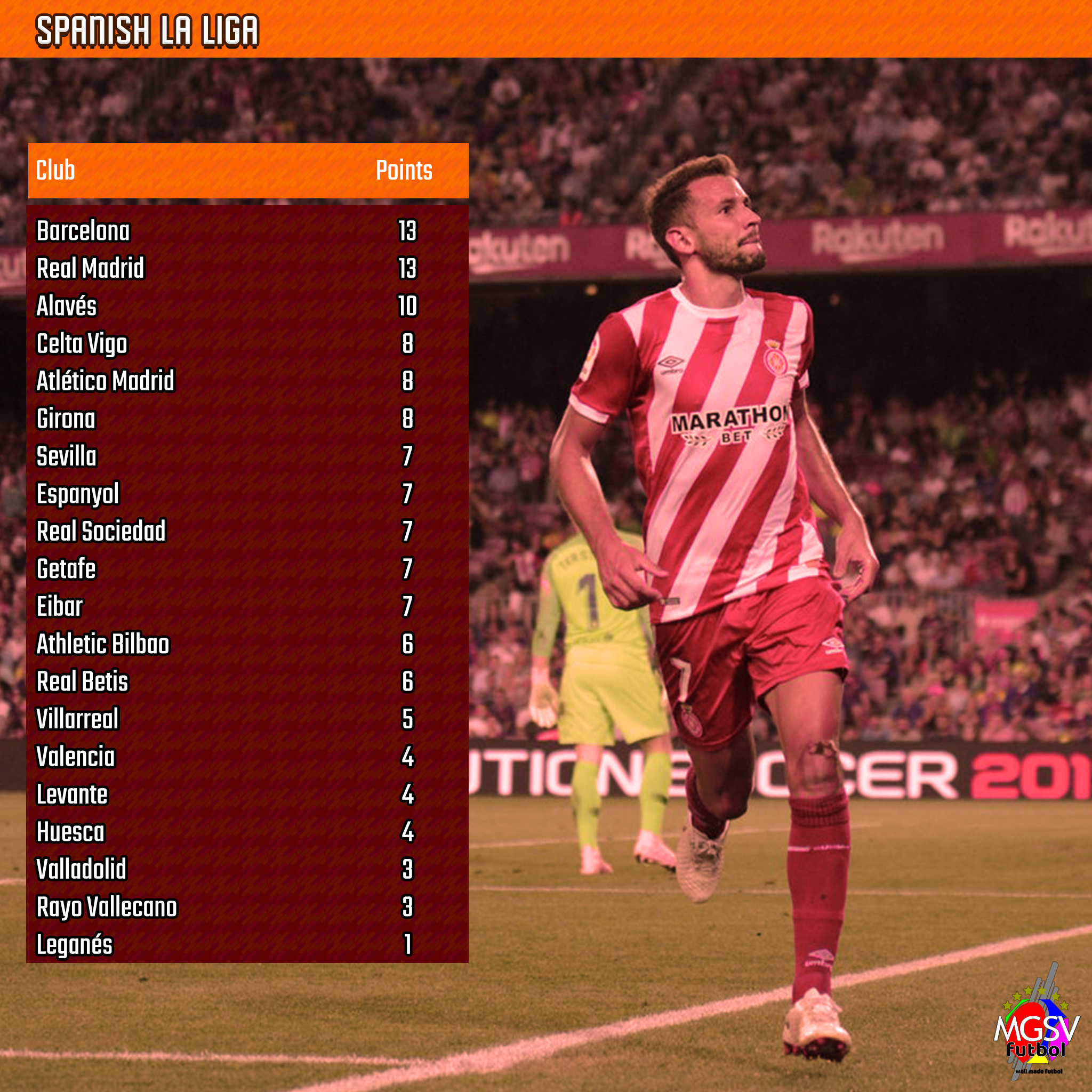 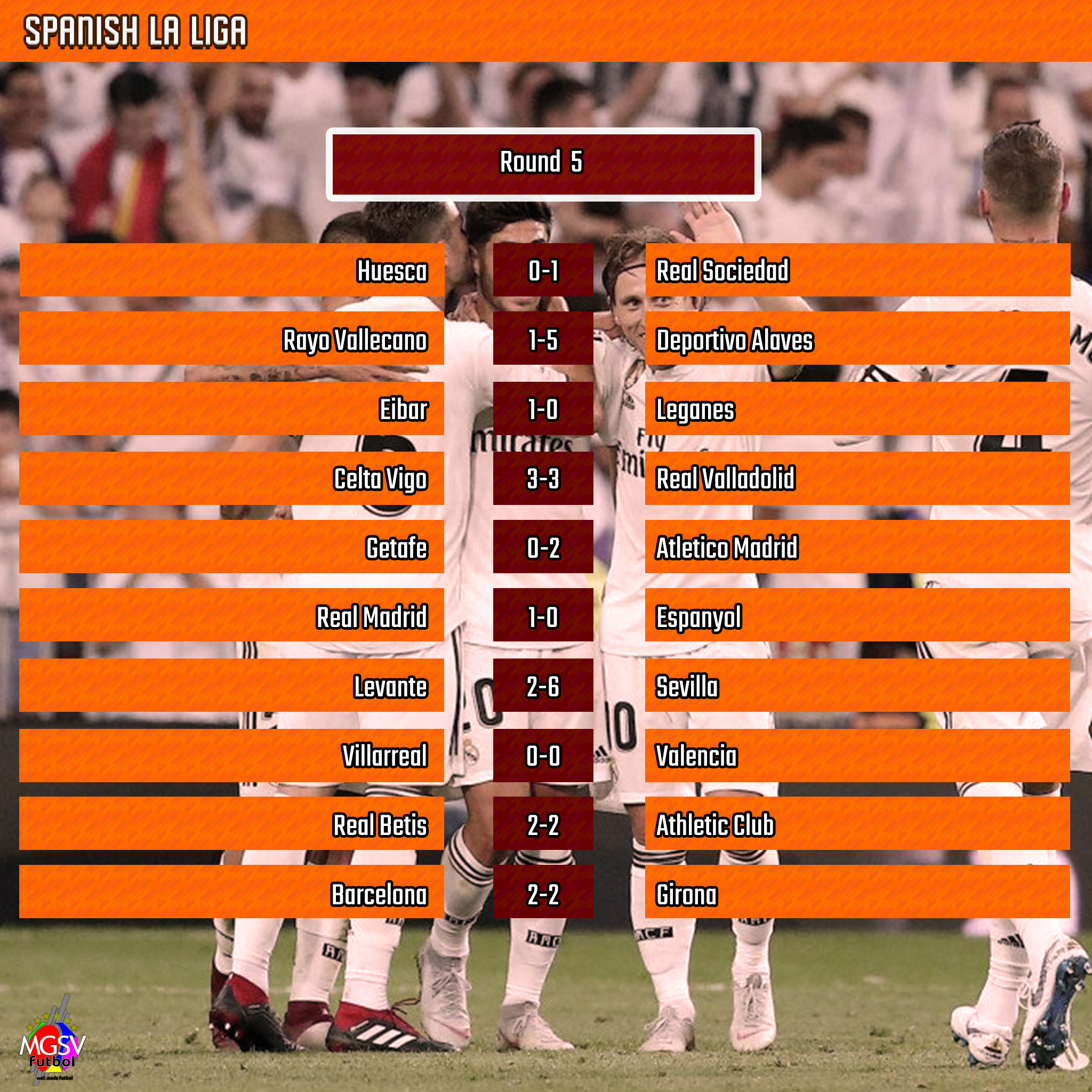 Juanmi and Theo Hernandez were set off on a red card in the second half, but Mikel Merino scored the only goal of the match in the first-half for Real Sociedad to take an away victory against newly-promoted Huesca.

Leganes stays winless and at the bottom of the standings after ‘1-0’ away defeat to Eibar.

Atletico Madrid returned to winning ways in the league and put a stop to Getafe 3-match unbeaten run in the league.

Levante failed to even the score at ‘2-2’ when a penalty wasn’t converted in goal against Sevilla. The remainder of the match was Sevilla getting goals to pick up 3 points with a massive ‘6-2’ victory.

Villarreal and Valencia remained a point apart on the league table after a goalless draw.

A 10-man Athletic Club couldn’t hold on to a 2 goal lead and had to settle for a point away against Real Betis.

Christian Stuani scored a brace against a 10-man Barcelona side to get a point at Camp Nou. Barcelona loses their unbeaten start to the season and the 2-point gap they had over the rest of the league.