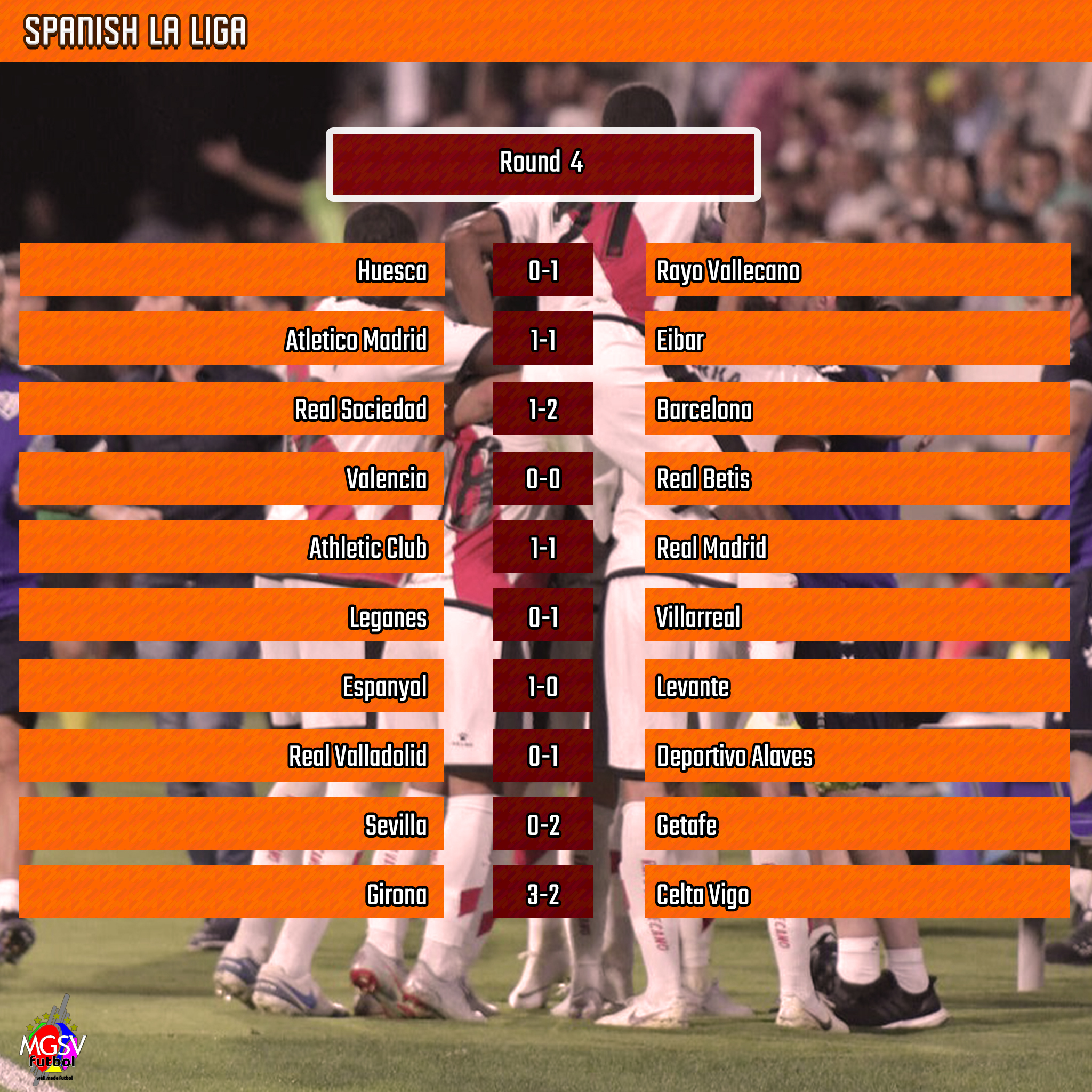 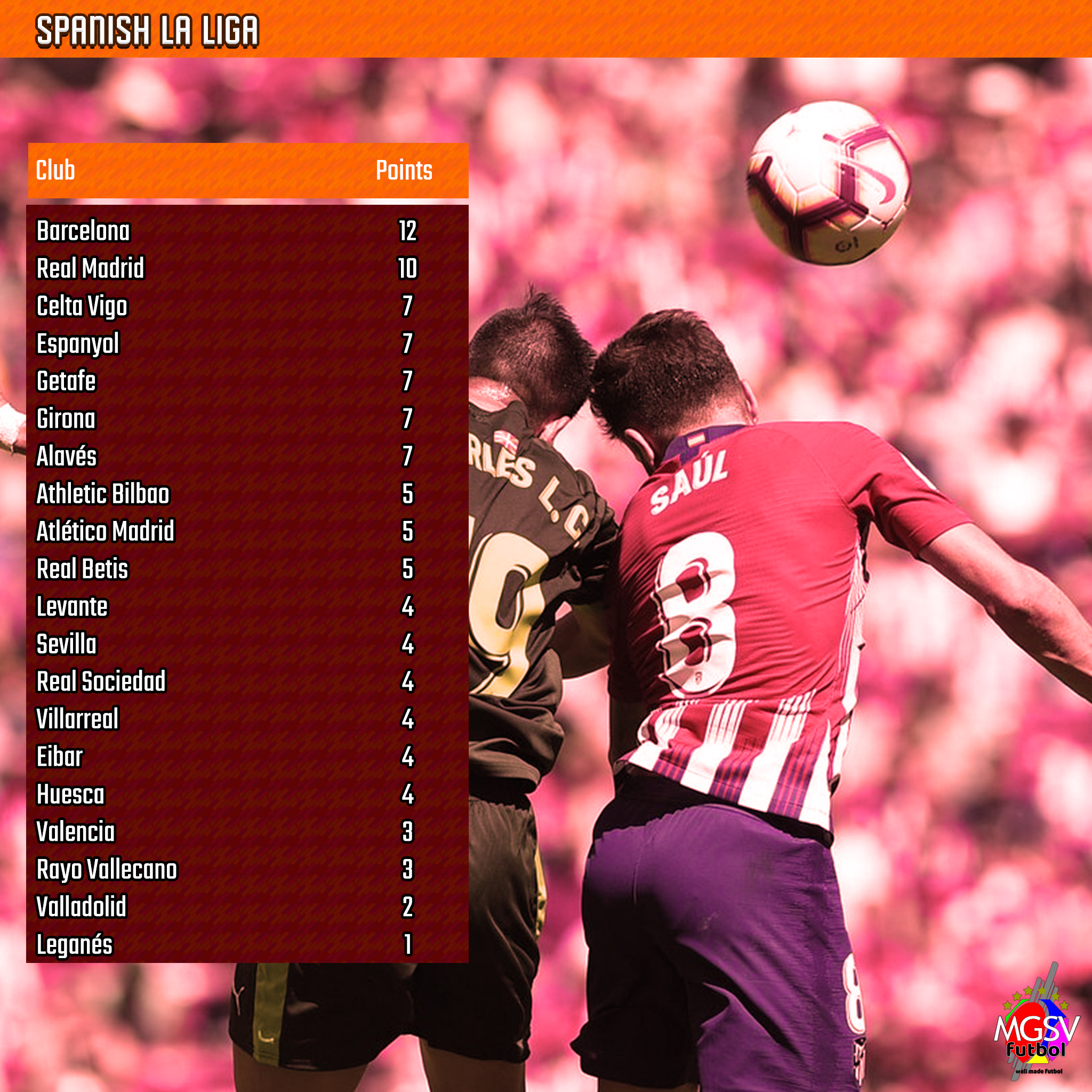 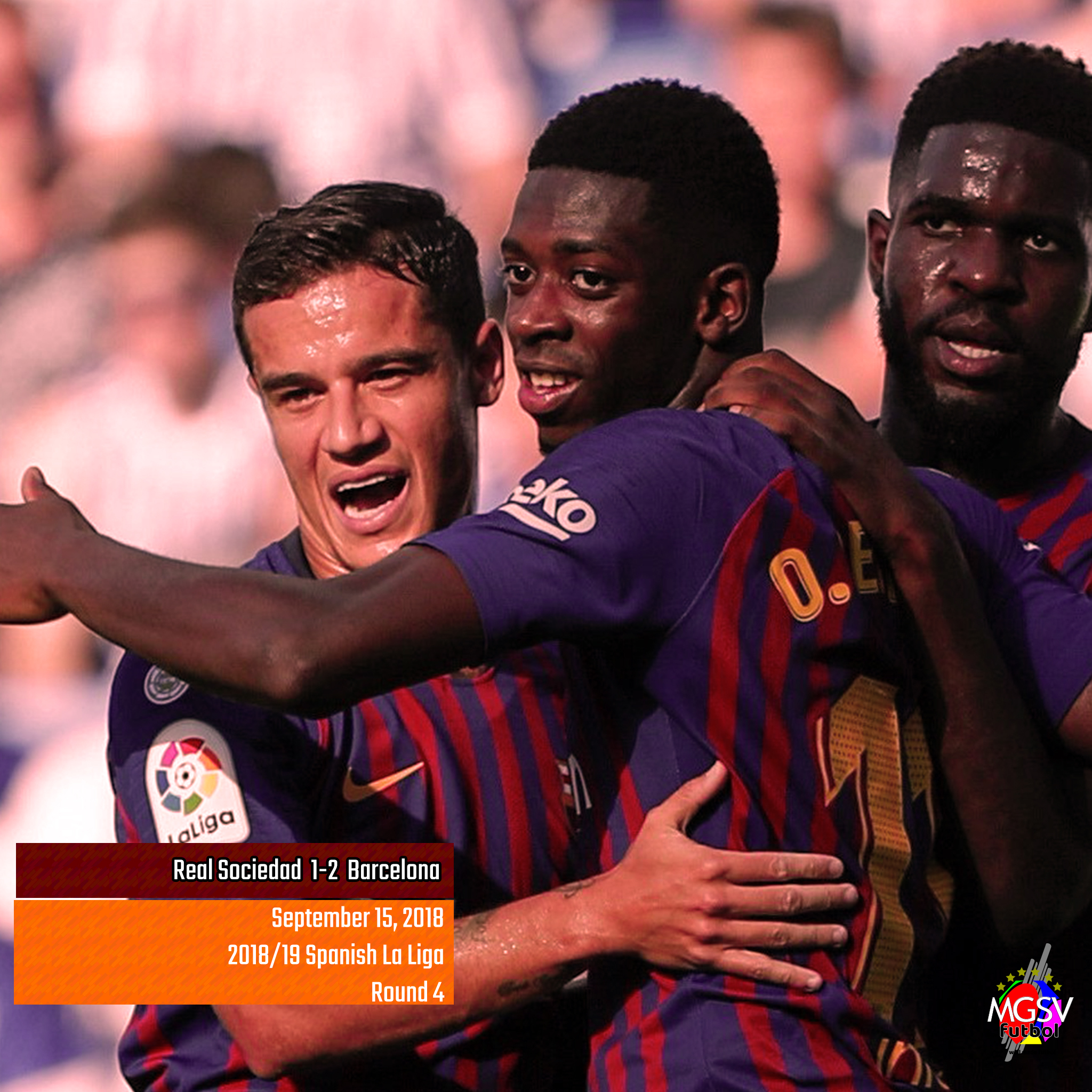 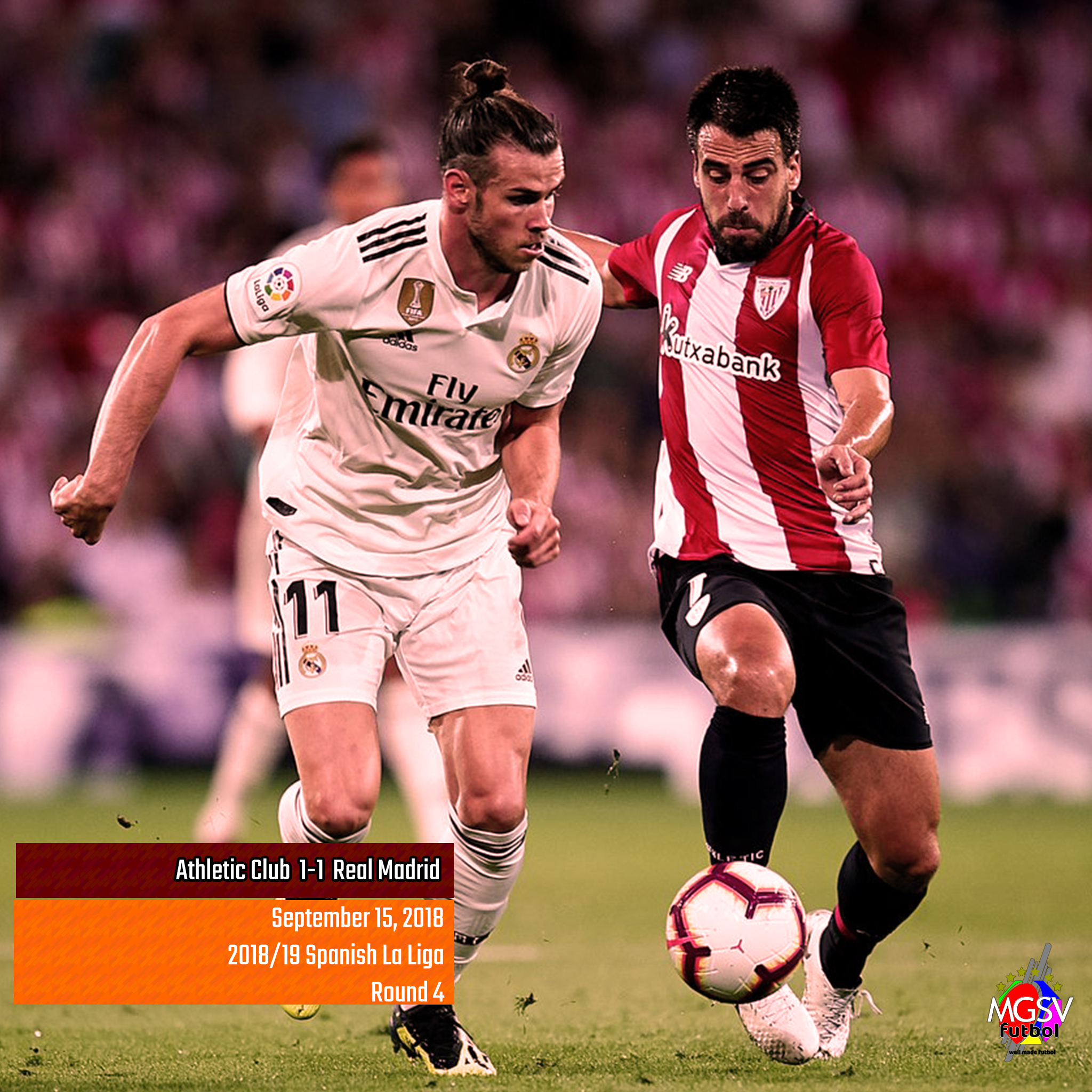 Barcelona sits 2 points ahead of the league while the Madrid teams were involved in ‘1-1’ draw.
Anoeta has been a tough ground for Barcelona but they found the goals against Real Sociedad to keep their 100% start to their title defense season.
FC Barcelona gains ground as Real Madrid couldn’t come put San Mames Stadium with the maximum points to keep up the pace in the title race. Real Madrid had to settle for a point against Athletic Club.

Despite avoiding defeat with a late goal against Eibar, Atletico Madrid will not be happy with the number of points dropped at the beginning of the season. Four matches into the new season and Atletico Madrid has only managed to secure the maximum points against newly-promoted Rayo Vallecano.

A first-half strike to goal from Giannelli Imbula was good enough for Rayo Vallecano to win their first match in the 2018/19 La Liga season by beating fellow newly-promoted Huesca.

A goalless draw with Real Betis kept Valencia winless in the league. Carlos Bacca scored for Villarreal secured their first win on the season at Leganes. Levante goes three games winless after a ‘1-0’ defeat to Espanyol. Angel Rodriguez scored two first-half goals to secure an away victory for Getafe at Sevilla.