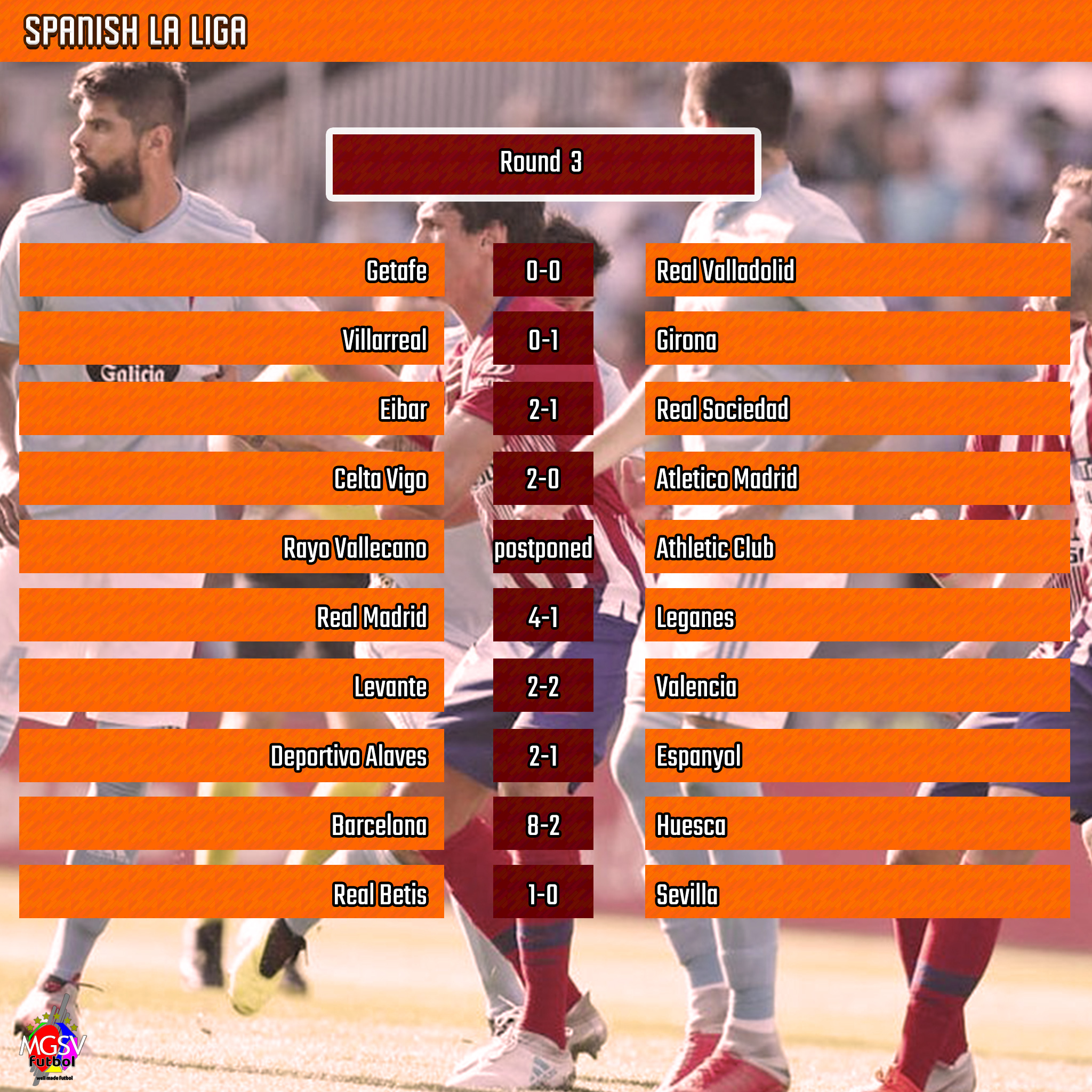 It is Barcelona and Real Madrid that have the maximum points from the games played so far. Both teams enjoyed their home advantage in their respective matches by picking up maximum points with a convincing score.

Getafe and Real Valladolid played out a goalless draw as newly-promoted Valladolid picked up another point but remain winless. 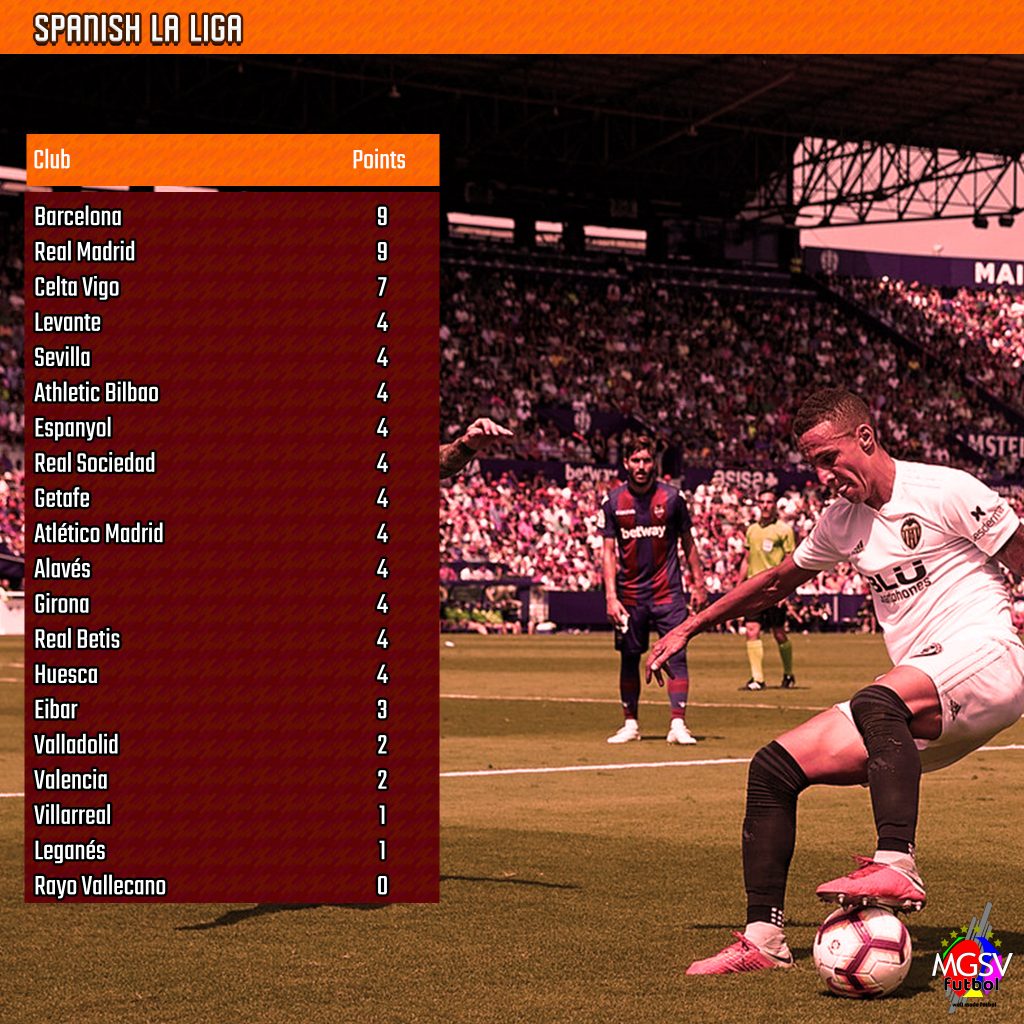 Real Sociedad suffer their first defeat in the season when Eibar came from behind to beat them through an injury-time goal. It was Eibar first victory (and point). 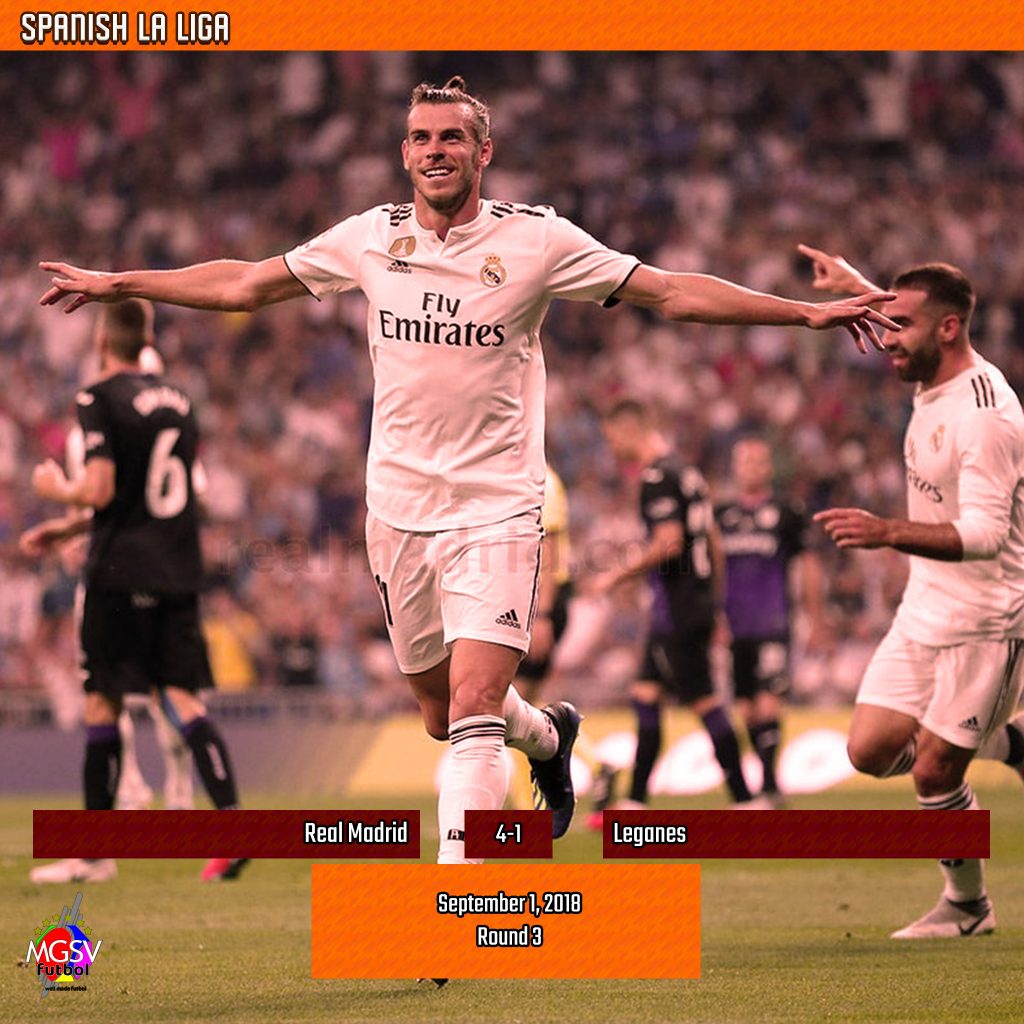 Real Madrid wins at home against Levante to keep it a perfect start to their season. Karim Benzema scored two goals (including the winning goal) after Guido Carrillo converted from the spot for Leganes to cancel out the lead Gareth Bale had handed the home side.

The match between Rayo Vallecano and Athletic Club was postponed due to concerns about stadium safety.

Despite Levante playing the final 15 minutes of regulation time numerical disadvantage, Valencia failed to find the winning goal to separate the two sides. It finished 2-2 draw as Valencia failed to desperately find their first victory of the season.

Two goals in the second half saw Deportivo Alaves bounce back from falling behind in the first half to win at home against Espanyol. It was Alaves first victory of the season and Espanyol’s first defeat. 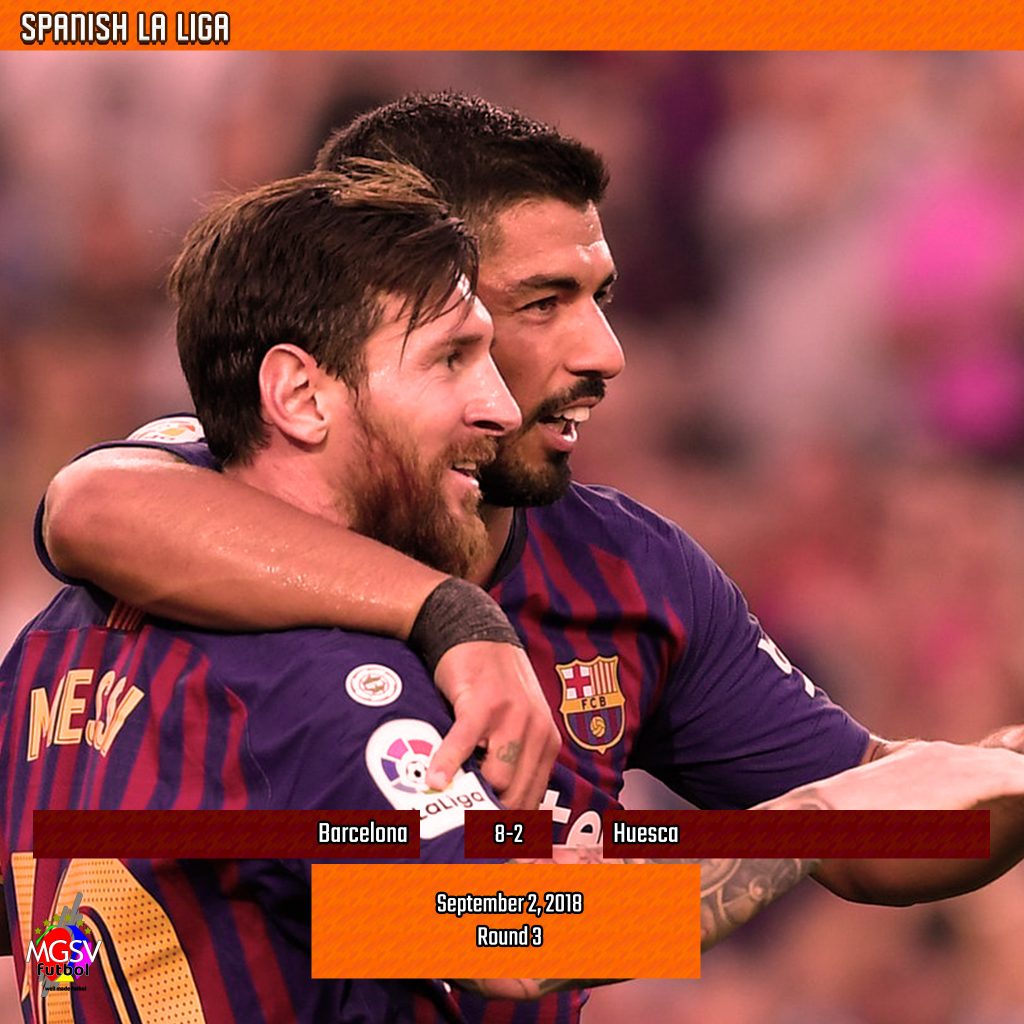 After a good fight from Huesca in the first half to send the match into the break at a 3-2 score to Barcelona, the home team turned on the magic in the second-half to welcome Huesca to the top flight. Barcelona scored 5 goals after the restart without a response from Huesca. An ‘8-2’ victory takes Barcelona to the top of the league table.

Joaquin scores for Real Betis to get their first league victory of the season by beating a 10-man Sevilla.