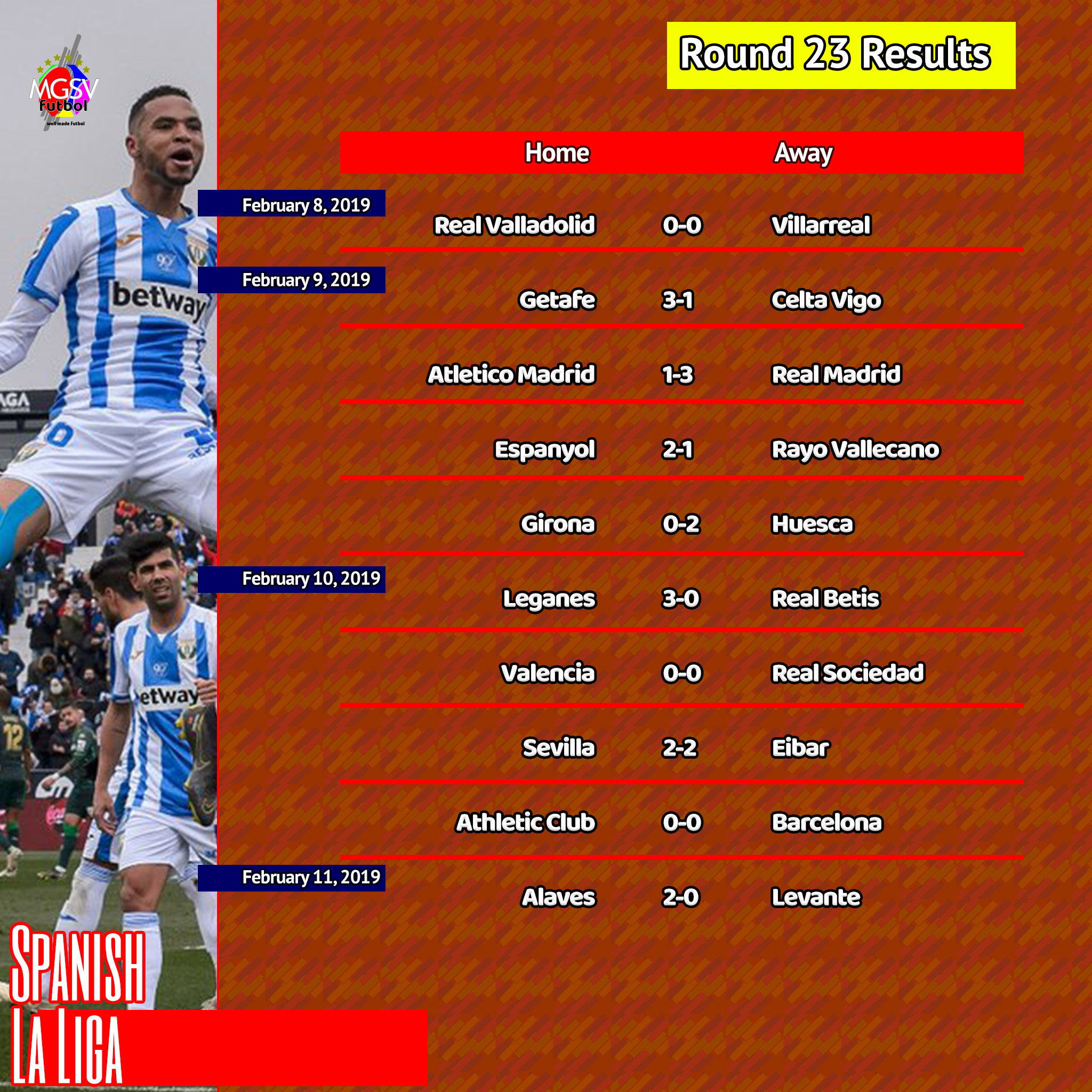 Real Madrid wins the Madrid Derby and moves 6 points away from the top of the league table after benefiting from Barcelona’s failure to win at Bilbao. 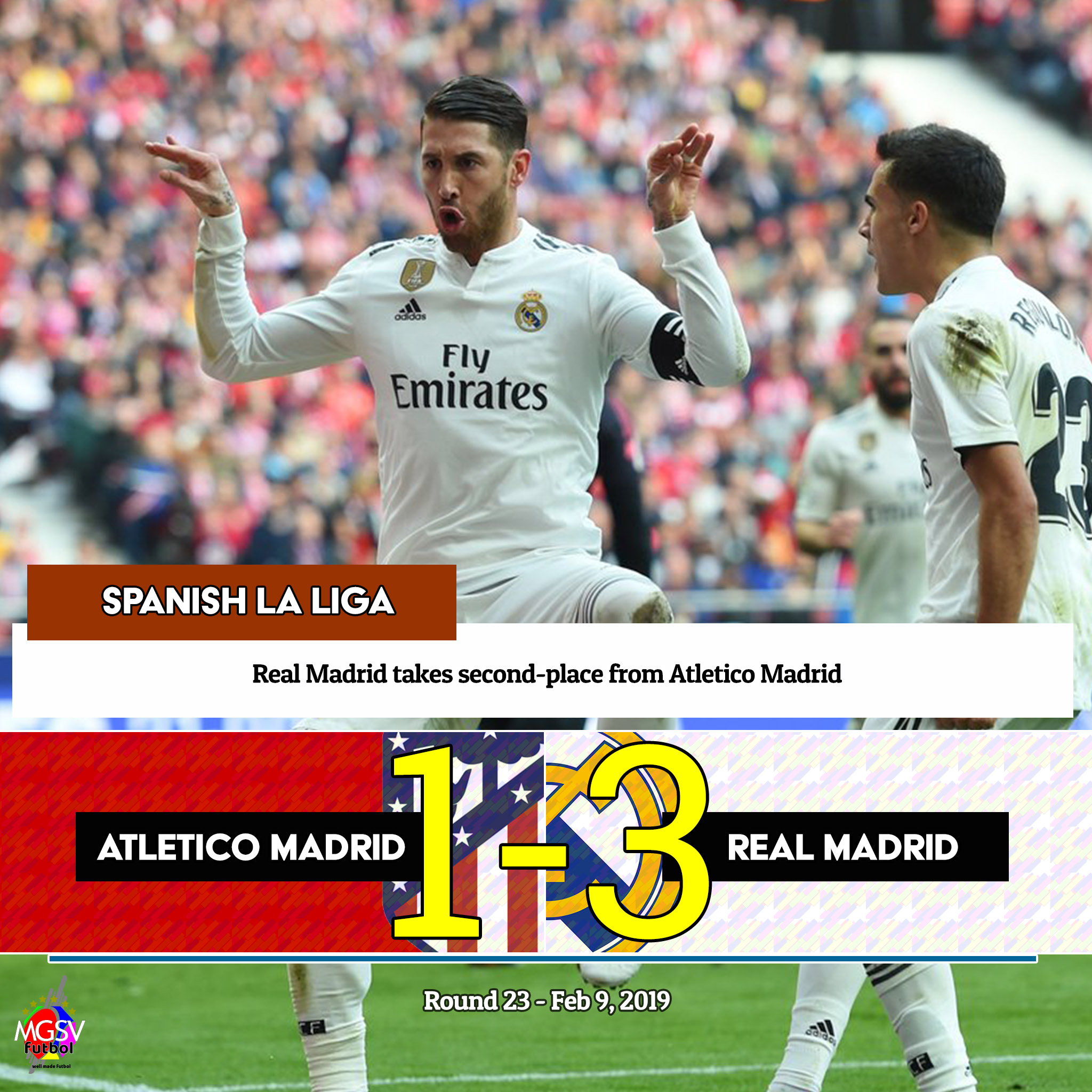 Despite being first to get on the scoreboard, Celta Vigo returned to their losing ways after suffering a ‘3-1’ defeat to Getafe.

Real Madrid closes in on the top of the La Liga standings after coming out on top in the Madrid Derby. A ‘3-1’ away victory extended Real Madrid’s winning run in the league to 5th.

Sergi Darder completed the comeback for Espanyol with his late winning goal to give his side a 2-1 win against Rayo Vallecano.

Girona remains since the start of the year after getting beaten ‘2-0’ at home by bottom table Huesca. Girona’s last victory was on December 10, 2018, in a Copa del Rey match. November 25, 2019, was their last league victory.

Youssef En-Nesyri scored a hat-trick as his Leganes side beat Real Betis.

A goalless draw between Valencia and Real Sociedad keeps the two side tied in points at 31.

A 10-man Sevilla side avoided defeat at home getting two late second-half goals to come from 2 goals down and get a point against Eibar.

Barcelona avoided defeat at Bilbao but failed to get the win the would have allowed them to keep their 8-points lead. Marc-Andre ter Stegen’s goalkeeper heroics saved Barcelona at the San Meme.

Alaves ended a run of 4 winless matches that included 3 straight defeats with a victory against Levante.