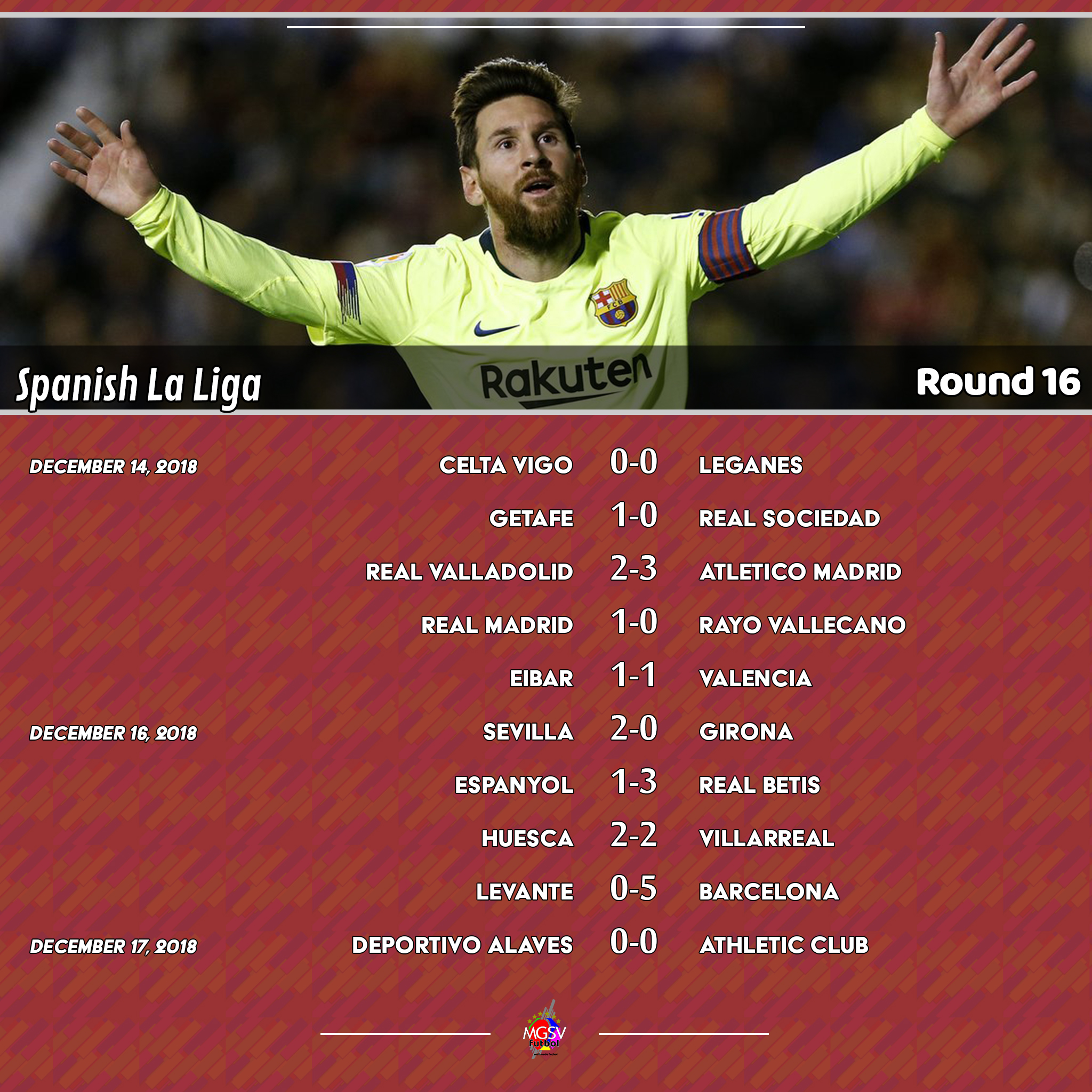 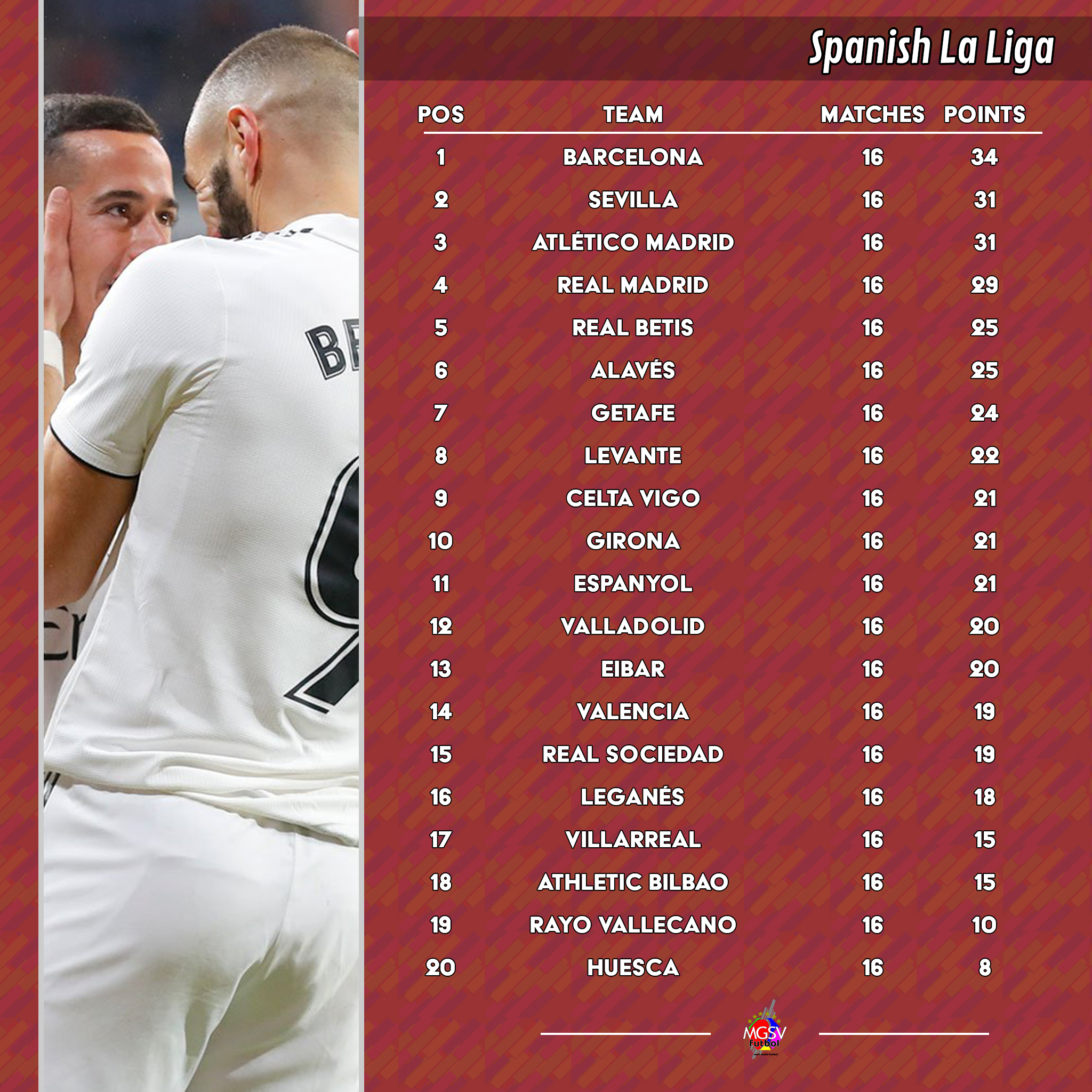 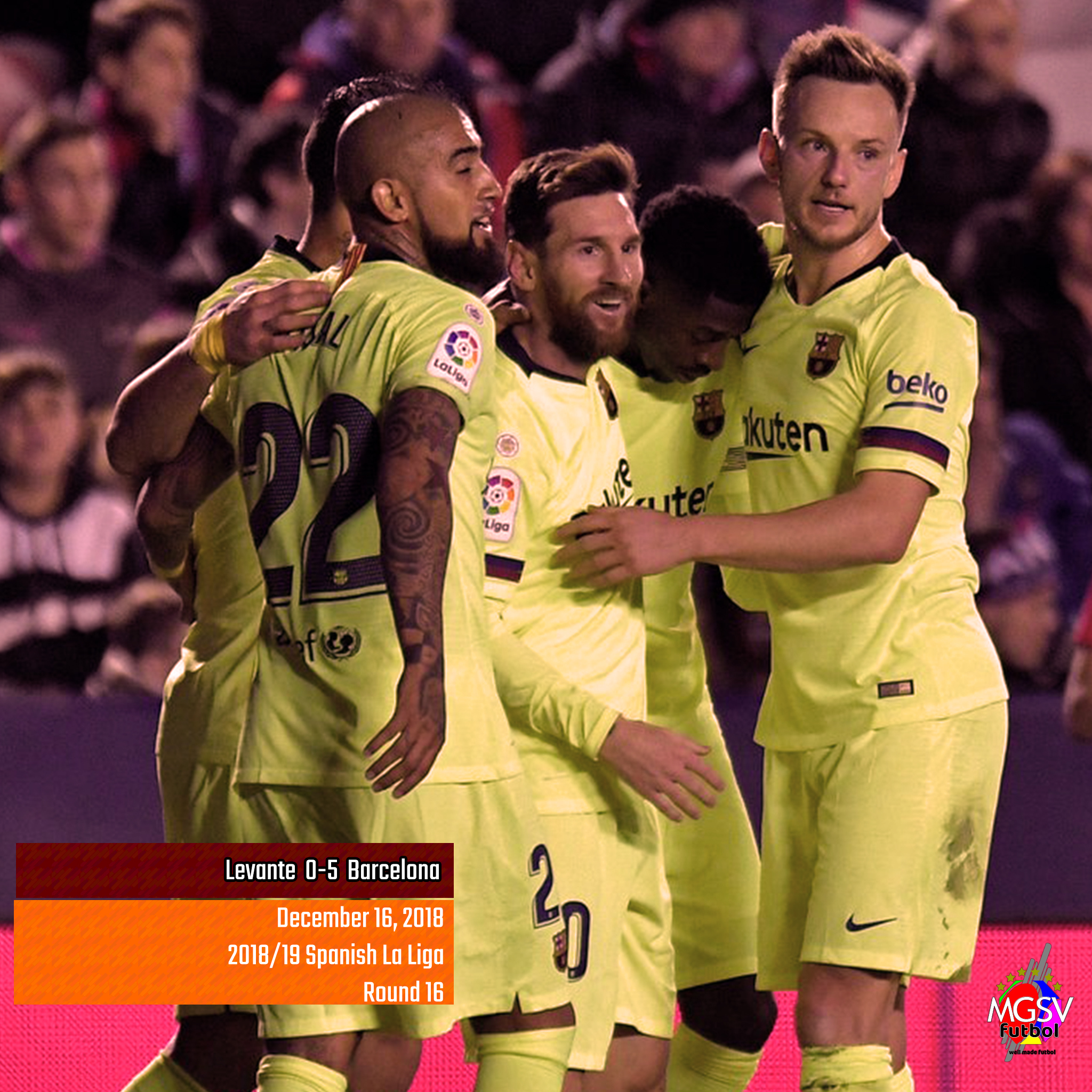 Despite having over 80% of ball possession, Celta Vigo couldn’t find a goal at home to win their match against Leganes. The goalless draw didn’t do enough to help the ambitions of both teams.

A consecutive league defeat for Real Sociedad as Jorge Molina’s goal in the 3rd minute was enough to give Getafe a win at home.

Atletico Madrid made it a difficult win after losing a two-goal lead against Real Valladolid. Antoine Griezmann came to the rescue by scoring the winning goal for Atletico Madrid to remain level on points with second-place Sevilla.

A point remains between Eibar and Valencia in the league standings after a ‘1-1’ draw.

Sevilla beat Girona to keep the gap between themselves and the top of the table at 3 points.

Two late goals in the second half won it for Real Betis at Espanyol.
Giovanni Lo Celso made up for his failure to give Real Betis an early lead from a penalty by getting them back on level terms before the end of the first-half.

Bottom table Huesca comes from behind to get a point against a 10-man Villarreal in a ‘2-2’ draw.

Levante 0-5 Barcelona.
Lionel Messi guided Barcelona to a 5-0 win against Levante; scoring 3 and assisting 2; putting his him up on the list of goalscorers with 14 goals, and top of the list of assist providers with 10 Assists.
Barcelona kept the 3 point gap at the top of the standings after a mesmerizing Lionel Messi performance in Valencia.
Without Messi on their side, FC Barcelona suffered their only league defeat (5-4) of the 2017/18 season at Levante. With Messi in the line-up, FC Barcelona scored a goal more and conceded none.

Alaves dropped to 7th in the league standings after a goalless draw with relegation-threatened Athletic Club. It’s now a run of 4 winless matches in the league for Alaves.