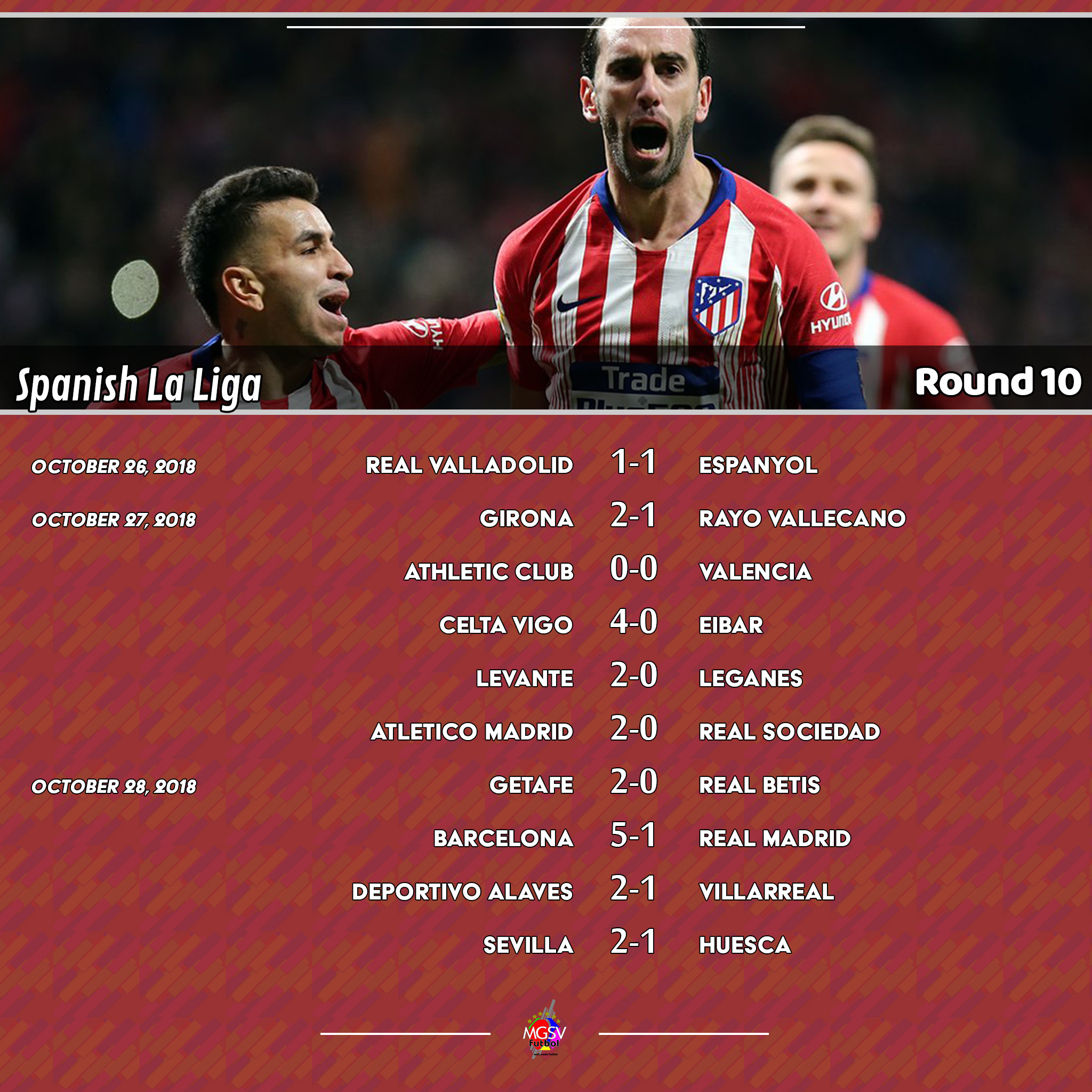 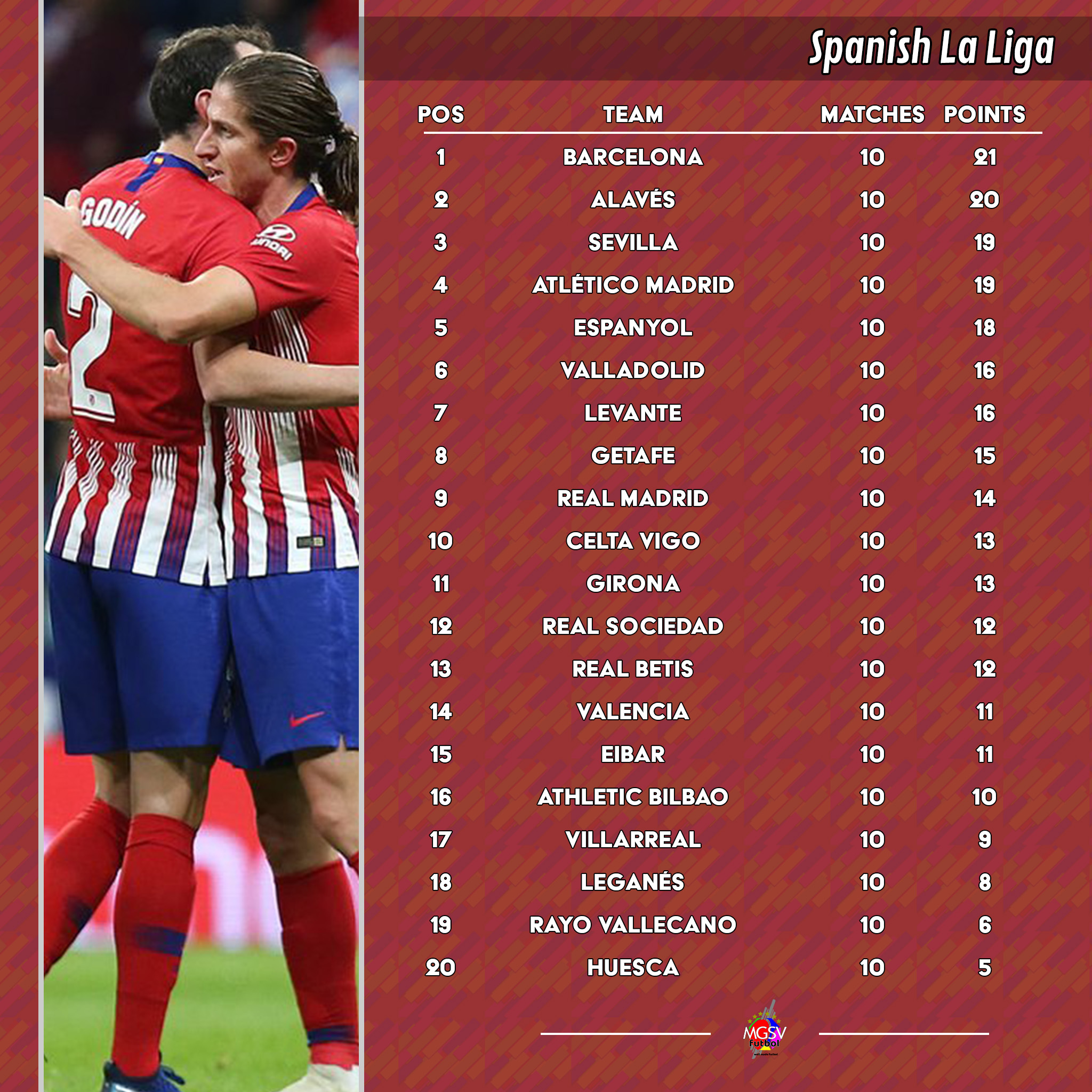 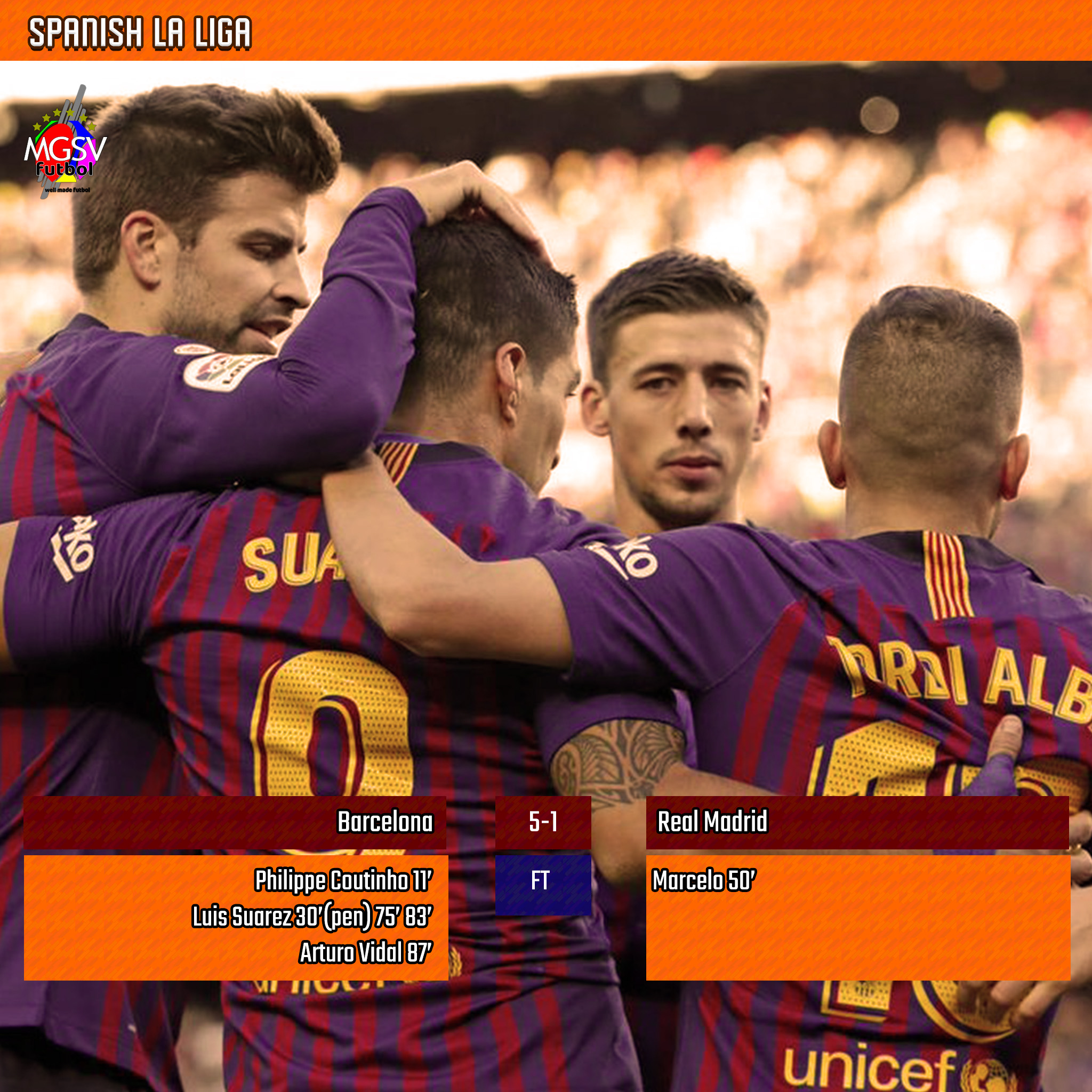 After 10 matches, Deportivo Alaves is the second best team in Spain and just a point from the top of the league and defending champions FC Barcelona is top of the league table while newly-promoted Huesca occupies the bottom. Real Madrid is at the edge to the top half to the table, while their city rival Atletico Madrid has done enough to be in a ‘Champions League’ qualifying spot.

Daniele Verde scored an injury-time equalizing goal for Real Valladolid got them the point against Espanyol while stretching Real Valladolid’s unbeaten streak in the league to six matches (4W 2D).

Cristian Portu provided the goals for Girona to beat newly-promoted and struggling Rayo Vallecano. Athletic Club and Valencia couldn’t find the goal to separate themselves as they both continue to linger around the bottom of the league standings.

Iago Aspas scored a hat-trick to climb to the top of the goalscorers list with 8 goals while also helping Celta Vigo to their first win in 7 games through a ‘4-0’ home over Eibar.

Levante stretched their winning run to four matches by beating and keeping Leganes in the relegation spot.

The South American defenders (Diego Godin and Filipe Luis) that found the goals for Atletico Madrid to beat Real Sociedad and place themselves in position take advantage of the El Clasico results.

A ‘2-0’ home victory allowed Getafe to open a 3-point gap between themselves and Real Betis in the league standings.

Arturo Vidal scored the final goal of the match in his first ever El Clasico after Luis Suarez scored a hat-trick helps keep Barcelona on top of the league.
While Real Madrid looks to find their feet without Zinedine Zidane and Cristiano Ronaldo, FC Barcelona showed they could manage without Lionel Messi by winning the most highlighted fixture in the Spanish football calendar by a convincing goal margin.
Luis Suarez scored three in a ‘5-1’ win at the Camp Nou for Barcelona to retain their place at the top of the league standings by humiliating Real Madrid in the first El Clasico of the season.
Before being deflated by Luis Suarez’s second goal of the match, Real Madrid had their chances in the early parts of the second half to get something out of the match after Marcelo scored in the 50th minute to cut Barcelona’s lead in half.

Deportivo Alaves stayed on the tails of Barcelona in the league standings after coming from a goal down in the first-half to beat Villareal through Borja Baston’s injury-time goal, while Pablo Sarabia provided the goals Sevilla needed to beat bottom of the table Huesca and remain in the ‘top four’ in the league standings.