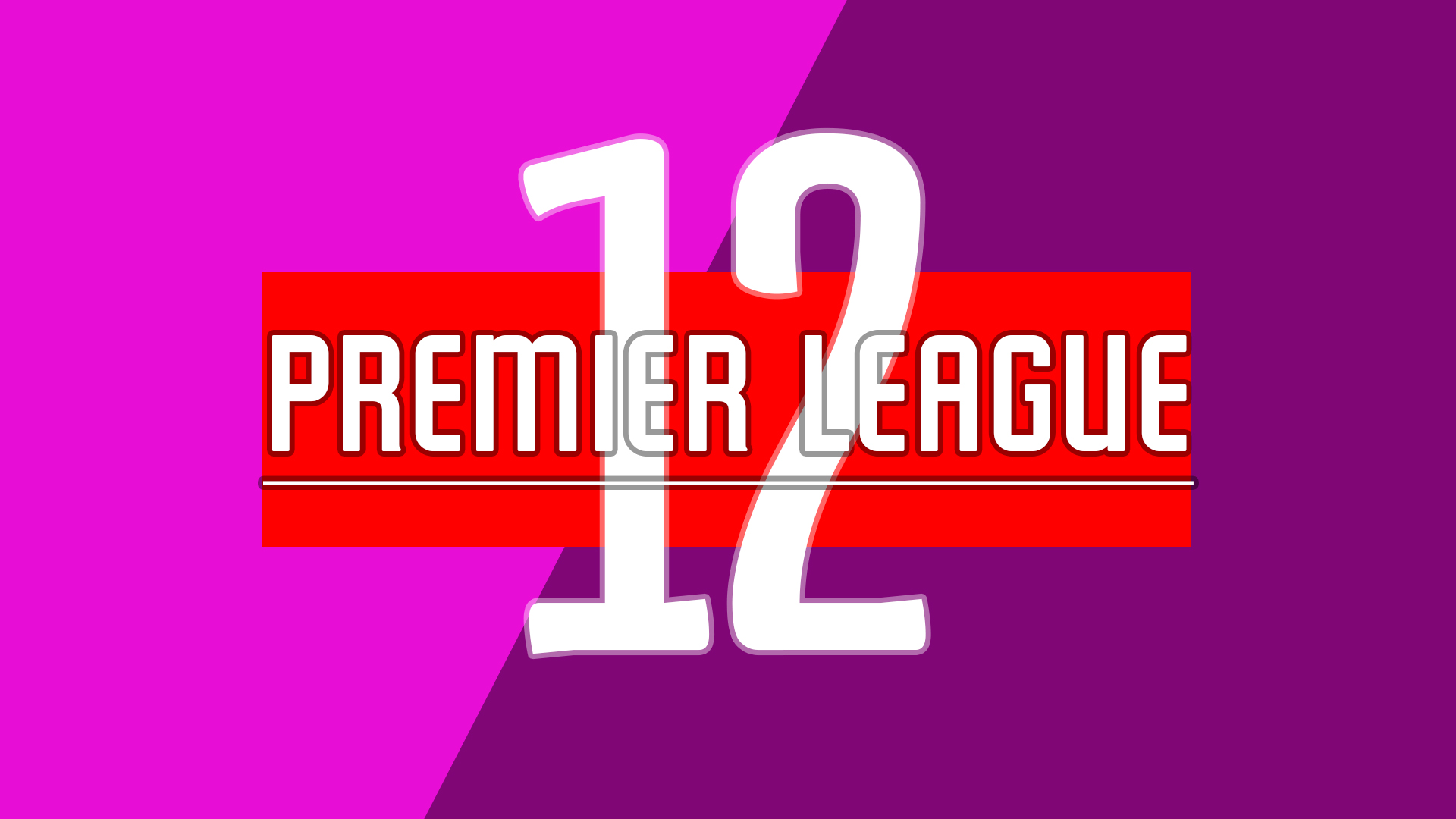 The only team that has been able to take points from Liverpool after 12 rounds of the Premier League season has been Manchester United.
Liverpool is 8 points clear at the top and unbeaten in the league after beating their closet competition on paper.
Jamie Vardy(Leicester City) scored goal #11 to stay as the top scorer in the league after Tammy Abraham(Chelsea) scored his 10th of the season to join Vardy as the only players with 10+ goals in the league.
Watford finally gets their first win of the season by beating Norwich City.
Norwich City is at the bottom of the league table. 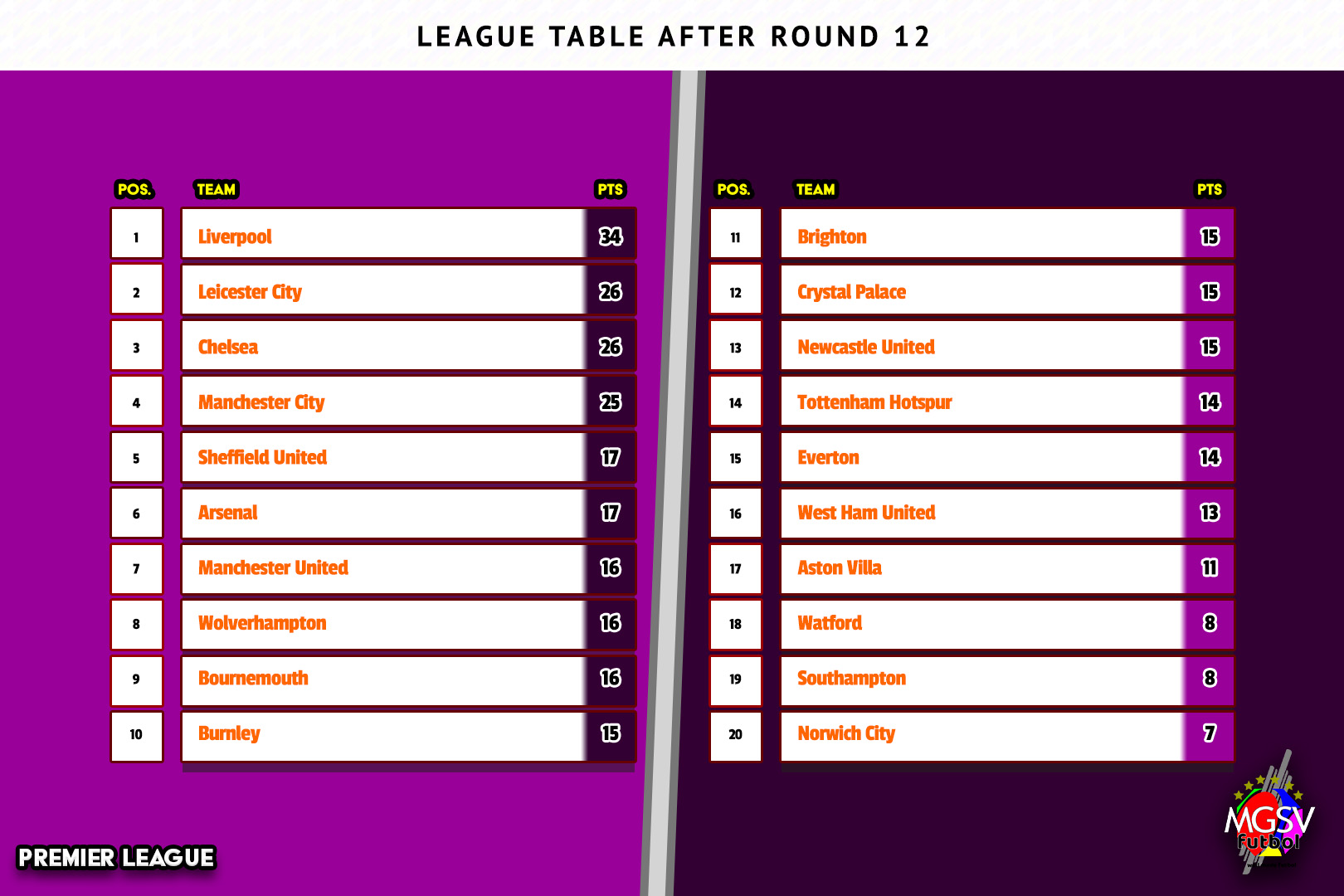 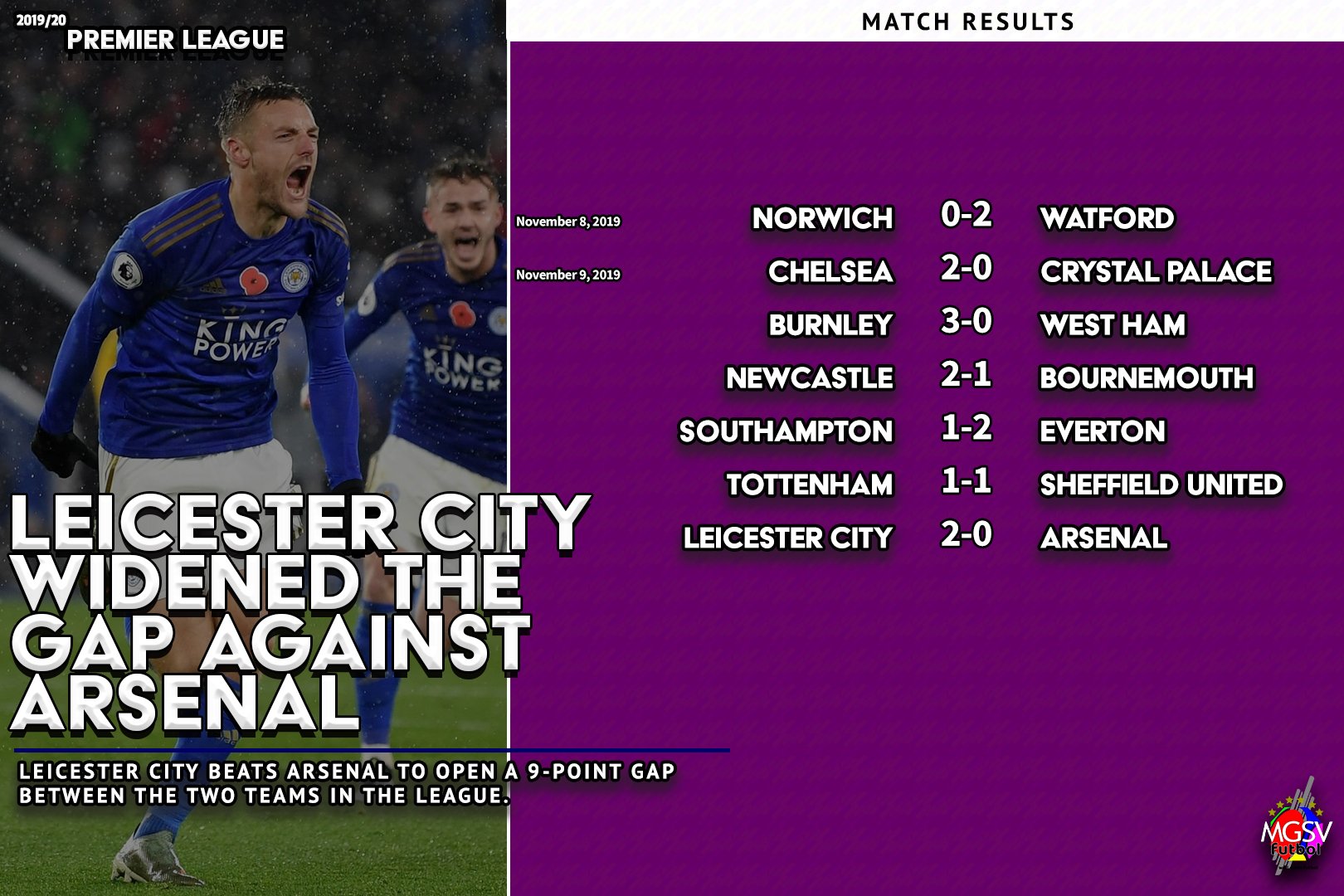 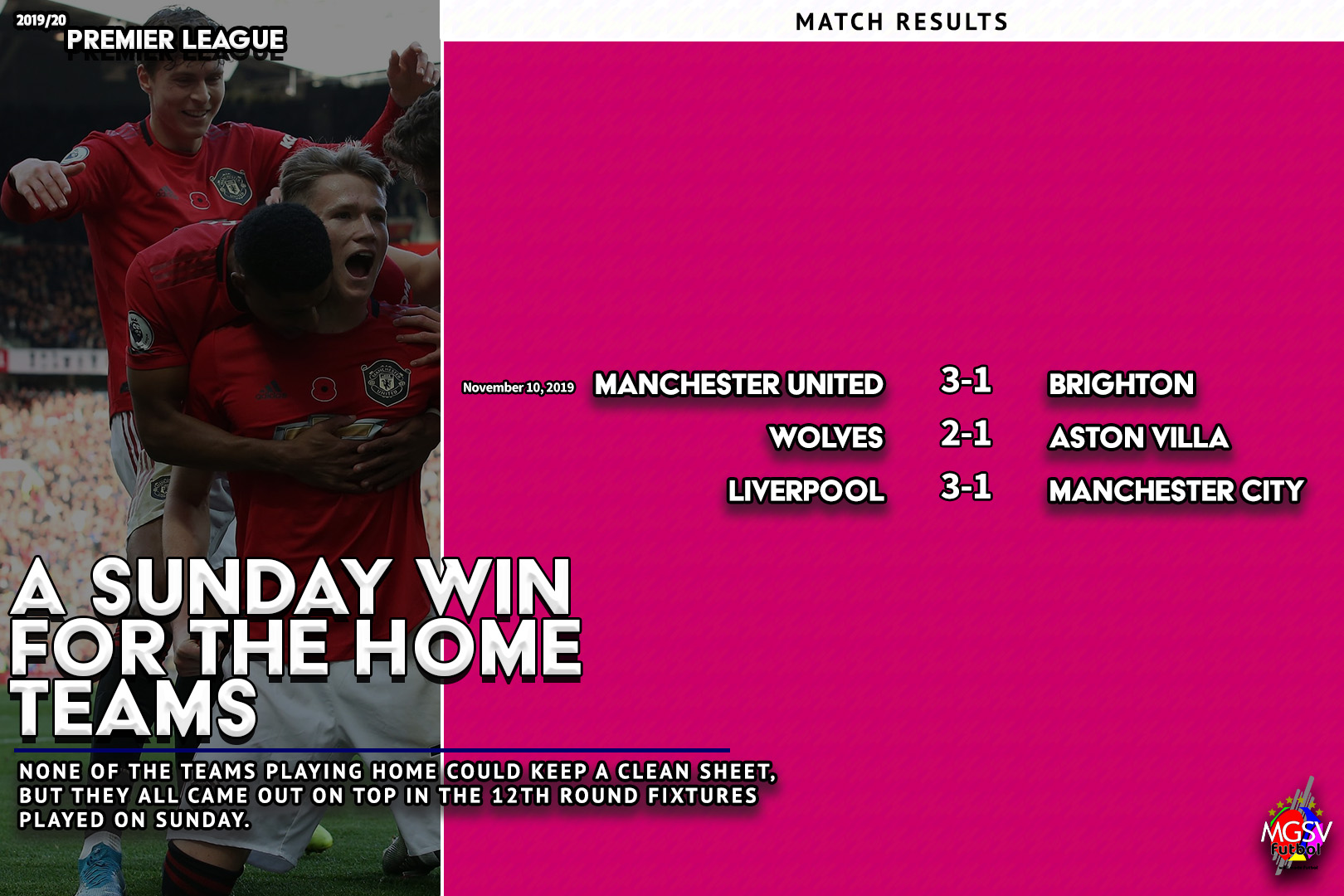 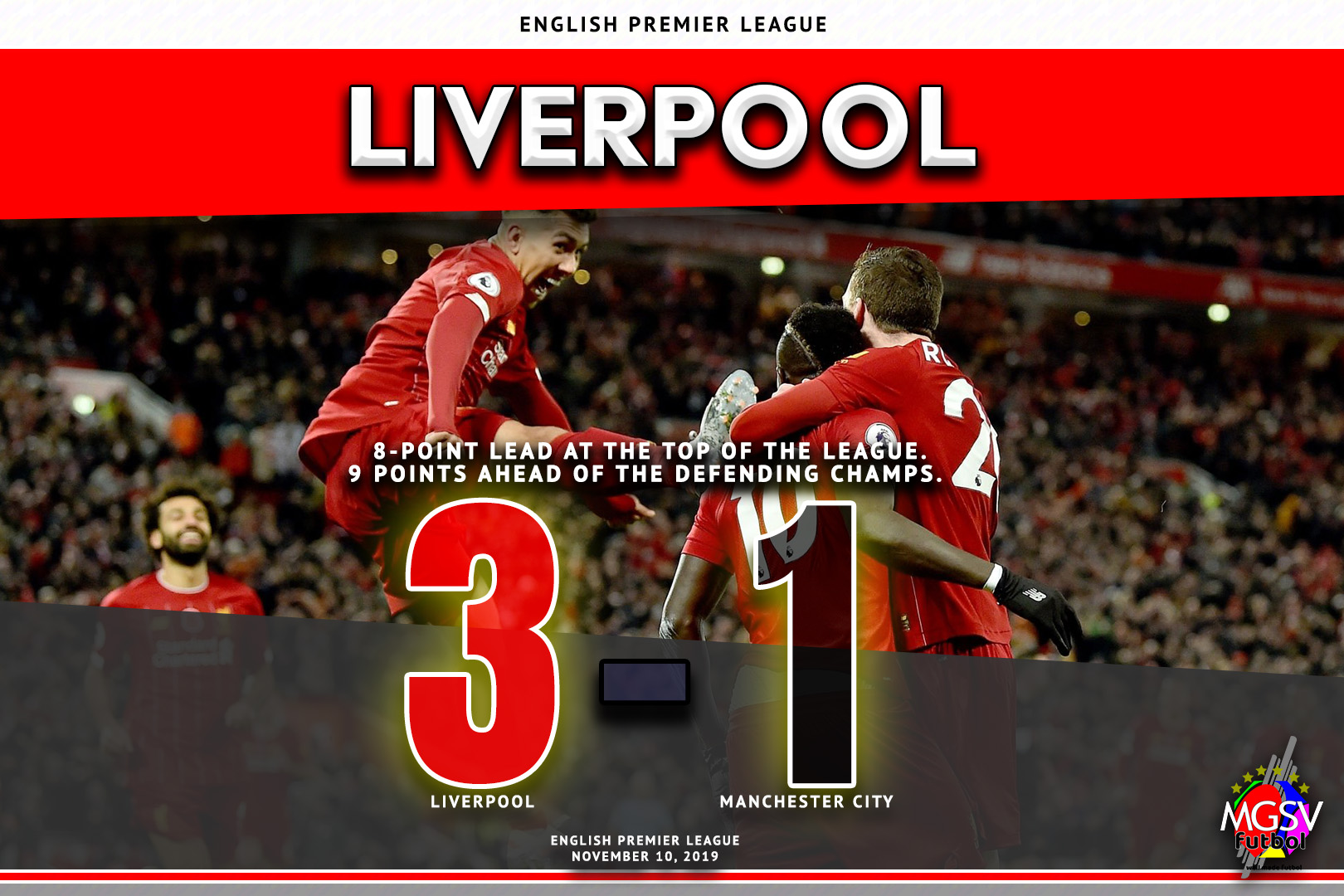 It took 12 matches but it’s finally here.
A 10-man Watford side secured a 2-0 win away against Norwich City.
The first win for Watford in the Premier League season.
The 7th straight match without a win for Norwich City after their surprising win against Manchester City. (6 defeats and 1 draw)

Chelsea made it their 6th league win in a row after finding 2 goals in the second half to beat Crystal Palace.
Tammy Abraham scored his 10th goal of the season to give Chelsea the win before Christian Pulisic added the insurance goal.
It’s four matches without a win for Crystal Palace, including three defeats.

Six league games (4L 2D) without a win for West Ham after getting hammered 3-0 at Burnley.
For Burnley, this brought an end to three successive defeats in the league and made up for the ‘3-0’ defeat against Sheffield United in the last round.

Newcastle made it two wins in a row after coming from behind to win at home against Bournemouth.
Richarlison’s 75th-minute winner handed Everton a ‘2-1’ win at the Saint Mary’s Stadium and increased the pressure on Southampton side that has now gone winless in their last 7 matches, losing 6 of them.

On the balance of play, it was a fair result for Tottenham and Sheffield United to share the points.
Tottenham has picked up 3 points from their last 15 points available to them after going winless in the last five. “

Leicester City widened the point-gap between themselves and Arsenal.
Jamie Vardy scored his 11th goal of the season to see Leicester City beat Arsenal.

Manchester United leaped over Brighton after getting a 3-1 win against them at Old Trafford.

Trezeguet scored for Aston Villa, but the side ended up at the wrong end of a ‘2-1’ score in consecutive games.
Wolves put an end to three matches without a win in the league.

Liverpool took a giant step towards the Premier League title after taking the full points through a ‘3-1’ victory against Manchester City.
Liverpool is now 8-points clear at the top of the league and 9 points ahead of Manchester City.
Can Liverpool hold on to this lead for the next 26 rounds?