13 matches into the season and the two teams that have played the least amount of matches are leading a tight title race that currently has 5 strong contenders.
Lionel Messi’s goals kept Barcelona at the top of the league.
Karim Benzema (Real Madrid) is the top scorer after netting his 9th-goal in this round.
Celta Vigo, Espanyol, and Leganes occupy the bottom end of the league table. 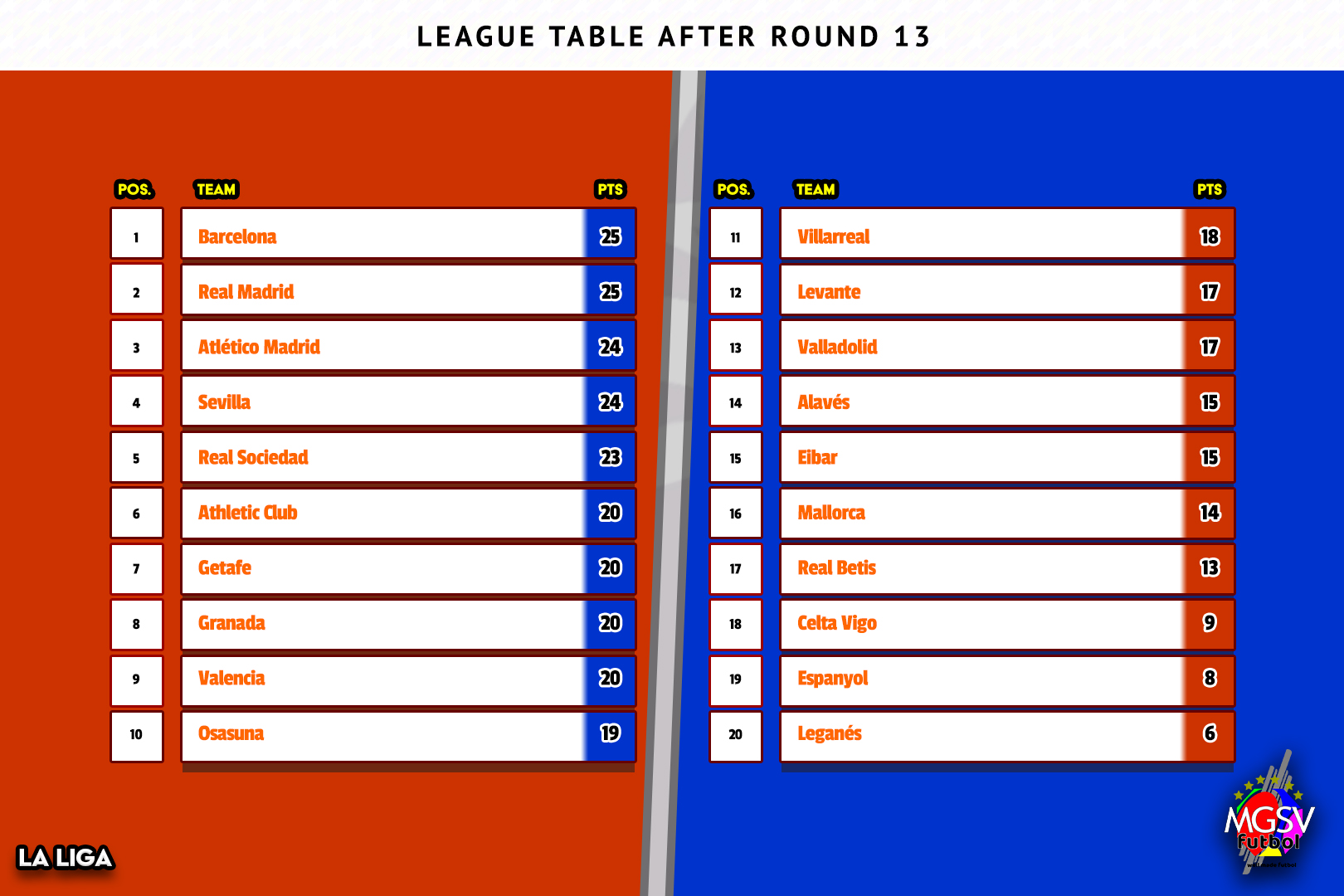 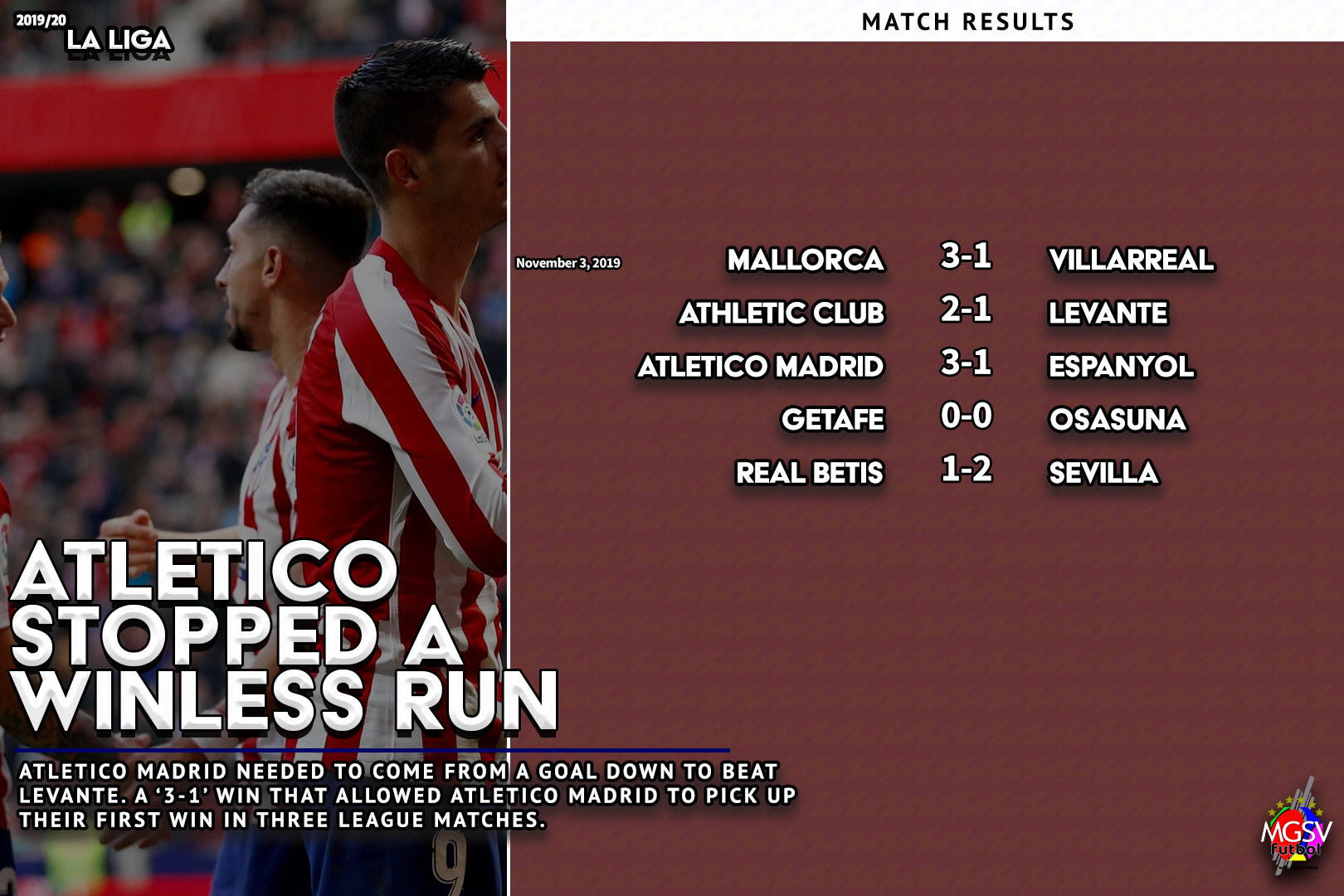 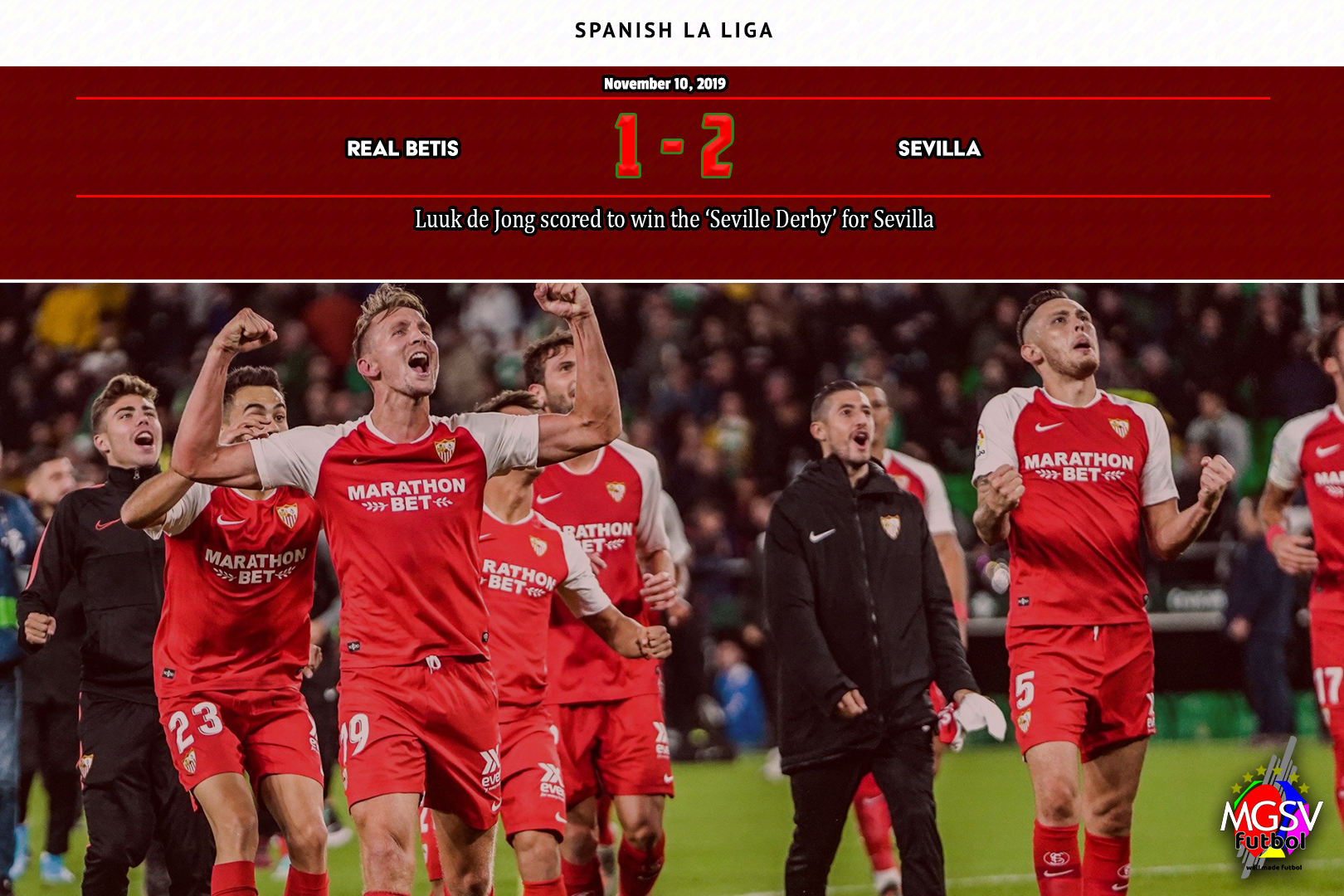 Bottom-table Leganes got a point away through a ‘1-1’ draw with Real Sociedad.

Alaves win their first in four matches.
A ‘3-0’ win against Real Valladolid reduced the gap in points between the two teams to two points.

Valencia beat Granada to equal them on points accumulated in the league.
It is three straight defeats in the league for a Granada side that had only suffered 2 defeats from their opening 10 fixtures.

With two goals from the penalty box, Real Madrid completed the task in the first half when they went into the break with a ‘3-0’ lead against Eibar.
Federico Valverde scored the only goal of the second half to hand Real Madrid a ‘4-0’ away win.

A Lionel Messi hat-trick allowed Barcelona to return to winning ways by picking up a ‘4-1’ win against Celta Vigo.
Three freekick goals were scored when Celta Vigo paid a visit to the Camp Nou; and Messi score two of them.

Newly-promoted Mallorca got their first win since beating Real Madrid.
Two goals from the penalty spot allowed Mallorca to go into the break with a two goal lead.
Takefusa Kubo scored his first for Mallorca.

Ander Capa’s struck in a beauty in the 88th-minute to win it for Athletic Club against Levante.

Alvaro Morata scored his 5th goal of the season to see Atletico Madrid bounce back from going down a goal to win ‘3-1’ against Espanyol.
It was a much needed win for an Atletico Madrid side that had dropped points in their previous two league matches.
Espanyol stretched their losing run to three games.

Getafe couldn’t find a win at home against Osasuna.