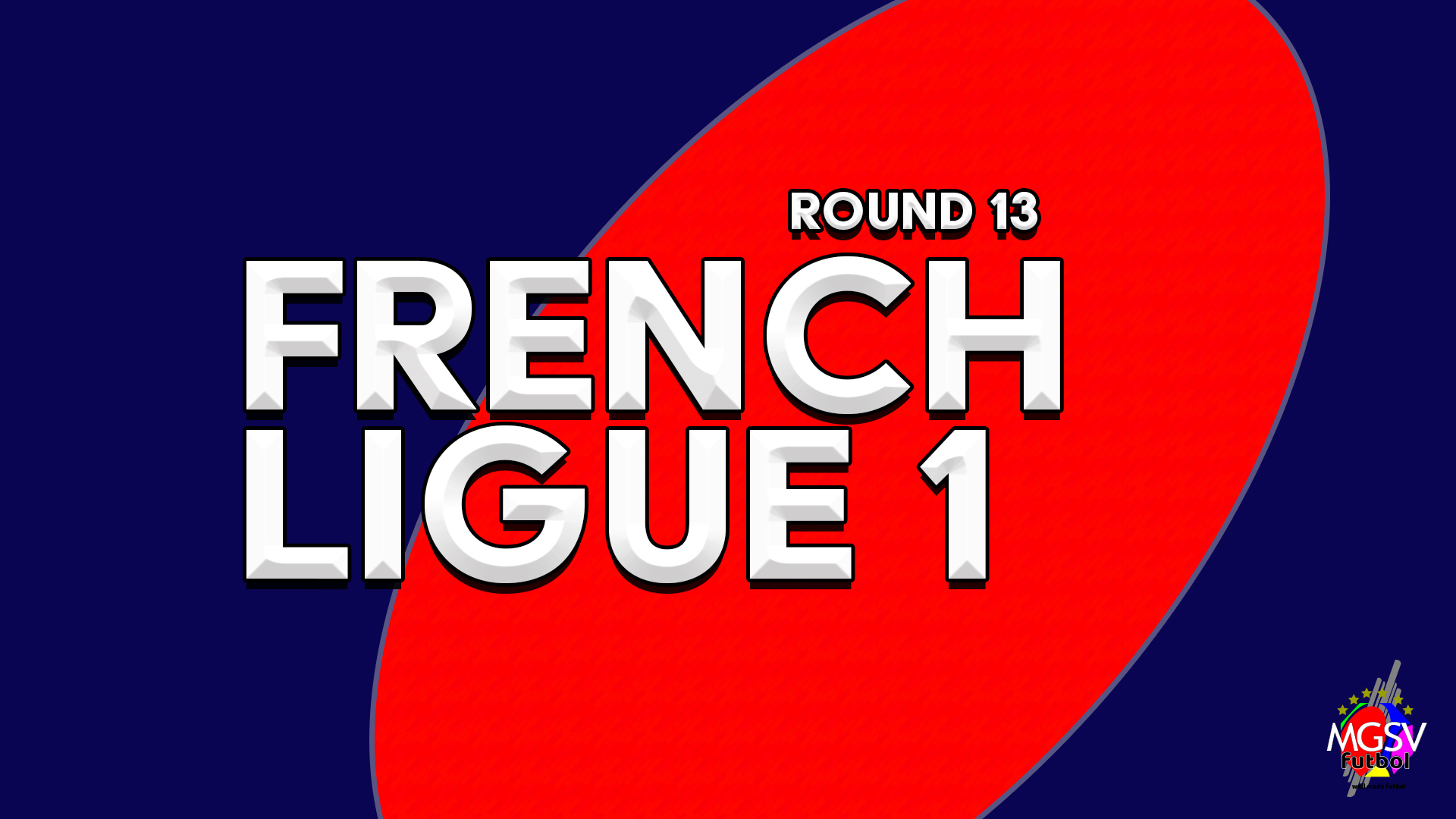 Paris St. Germain has suffered three defeats in the opening 13 matches but Ligue 1 is far from being a challenge to the defending champions.

Paris St. Germain has an 8-point lead after 13 rounds of the season.
Every team in the league has less than a 3-point lead on the team beneath them.
Marseille climbed to second in the lead after beating Lyon.
Moussa Dembele(Lyon) and Wissam Ben Yedder(Monaco) are the top scorers with 9 goals each. 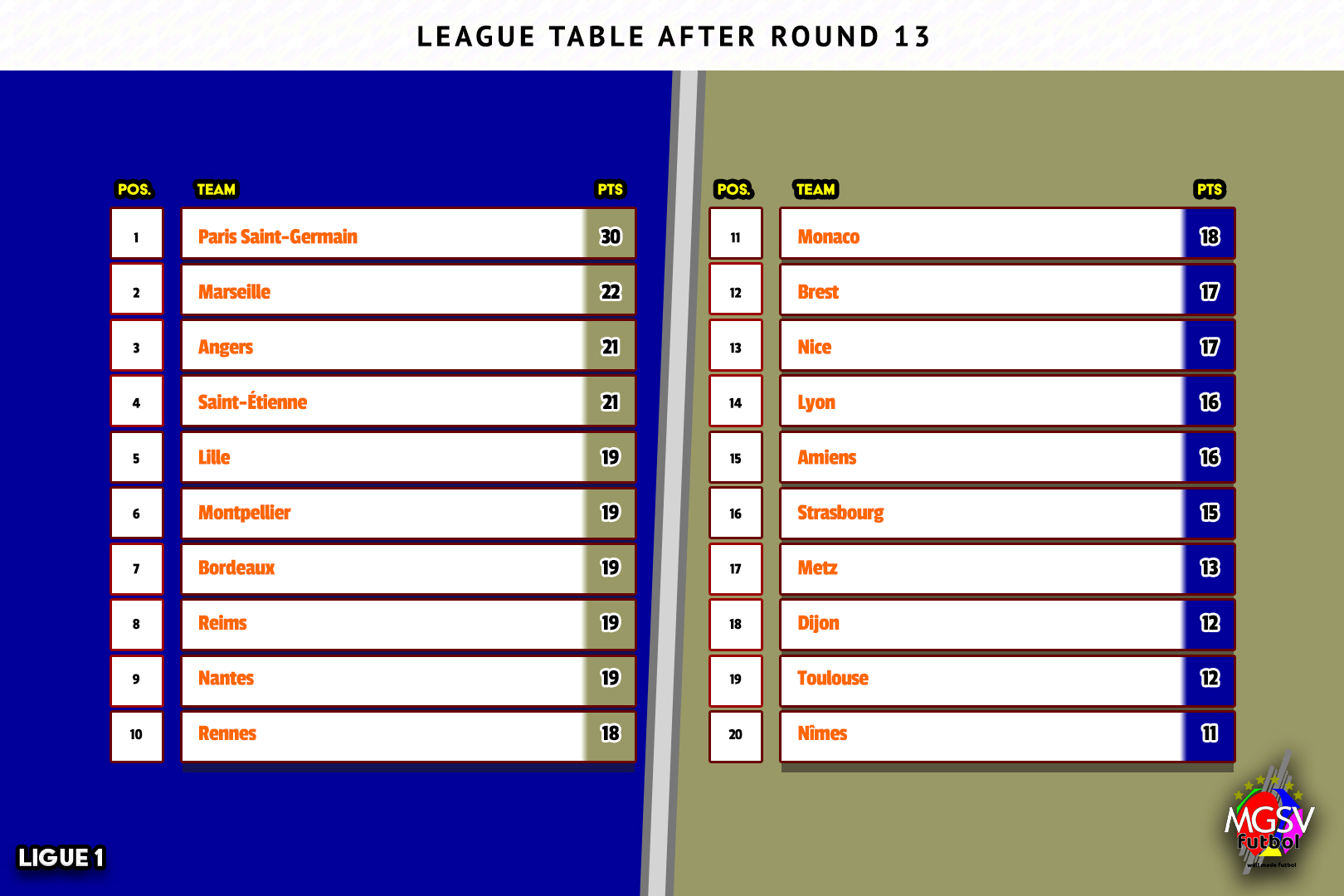 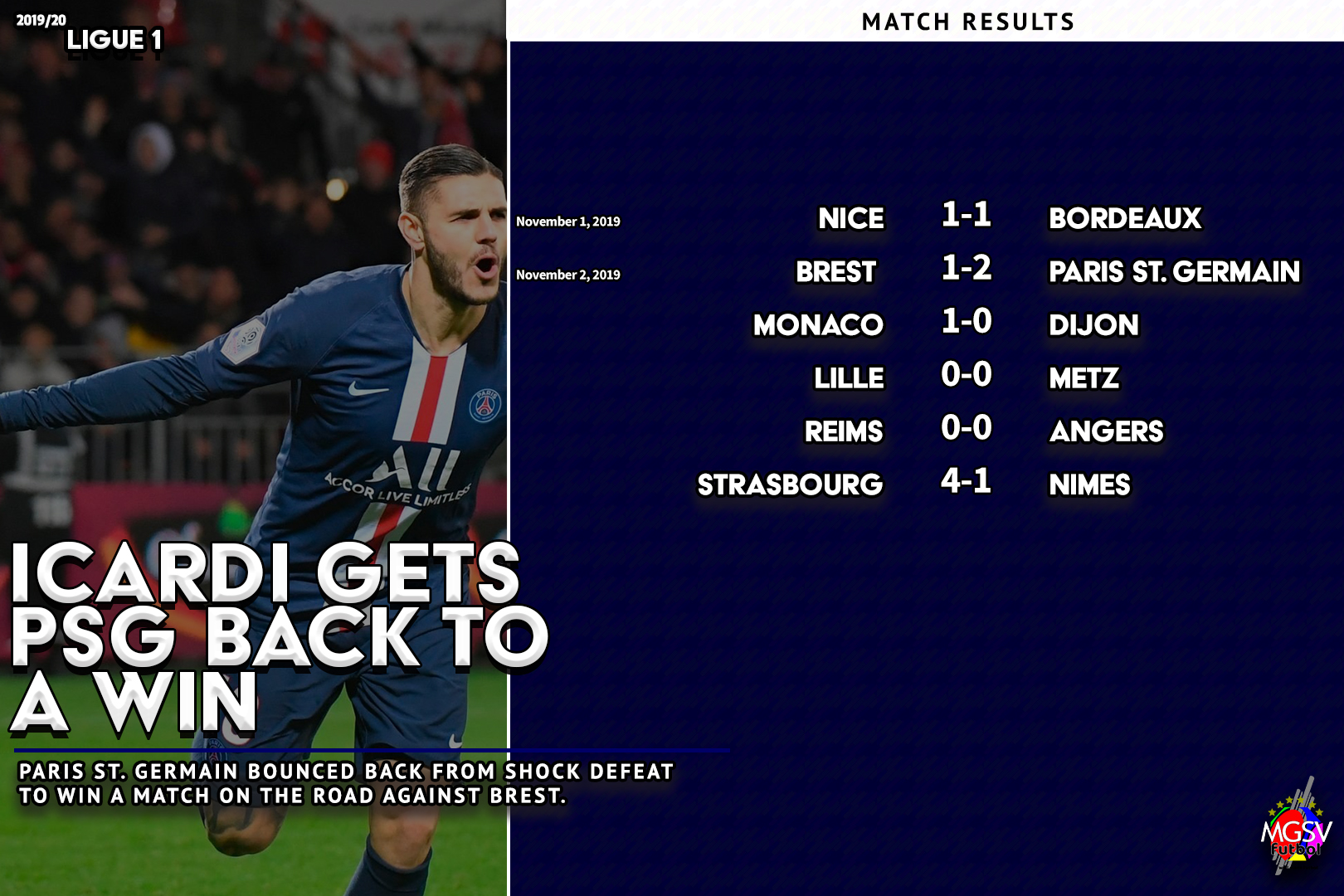 Jimmy Briand‘s goal from the penalty spot earned Bordeaux a draw at Nice.

Mauro Icardi came off the bench to score the winner for PSG to bounce from defeat in the last round by picking up a ‘2-1’ away win against Brest.

Aleksandr Golovin‘s goal decided the match in Monaco’s favor against Dijon.
Monaco returned to winning ways after defeat to Saint-Etienne.

It was ‘2-1’win for Strasbourg until Nimes was reduced by a man in the 66th minute when Florian Miguel got his marching order for accumulating yellow cards.
Strasbourg used their numerical advantage to add two more goals to end the match with a ‘4-1’ victory.

Rennes beat Amiens to leap (2-points) ahead of them in the standings while having a match in hand.
It was Toulouse third defeat in a row after falling to a ‘3-0’ defeat at Montpellier.

Denis Bouanga‘s goals handed Saint-Etienne a 3-2 win away at Nantes.
Nantes losing streak in the league was extended to four matches.

Dimitri Payet scored two to see Marseille get a win over Lyon.
Marseille was able to hold on to their win despite being reduced to 10-men in the 64th-minute with just a goal lead.