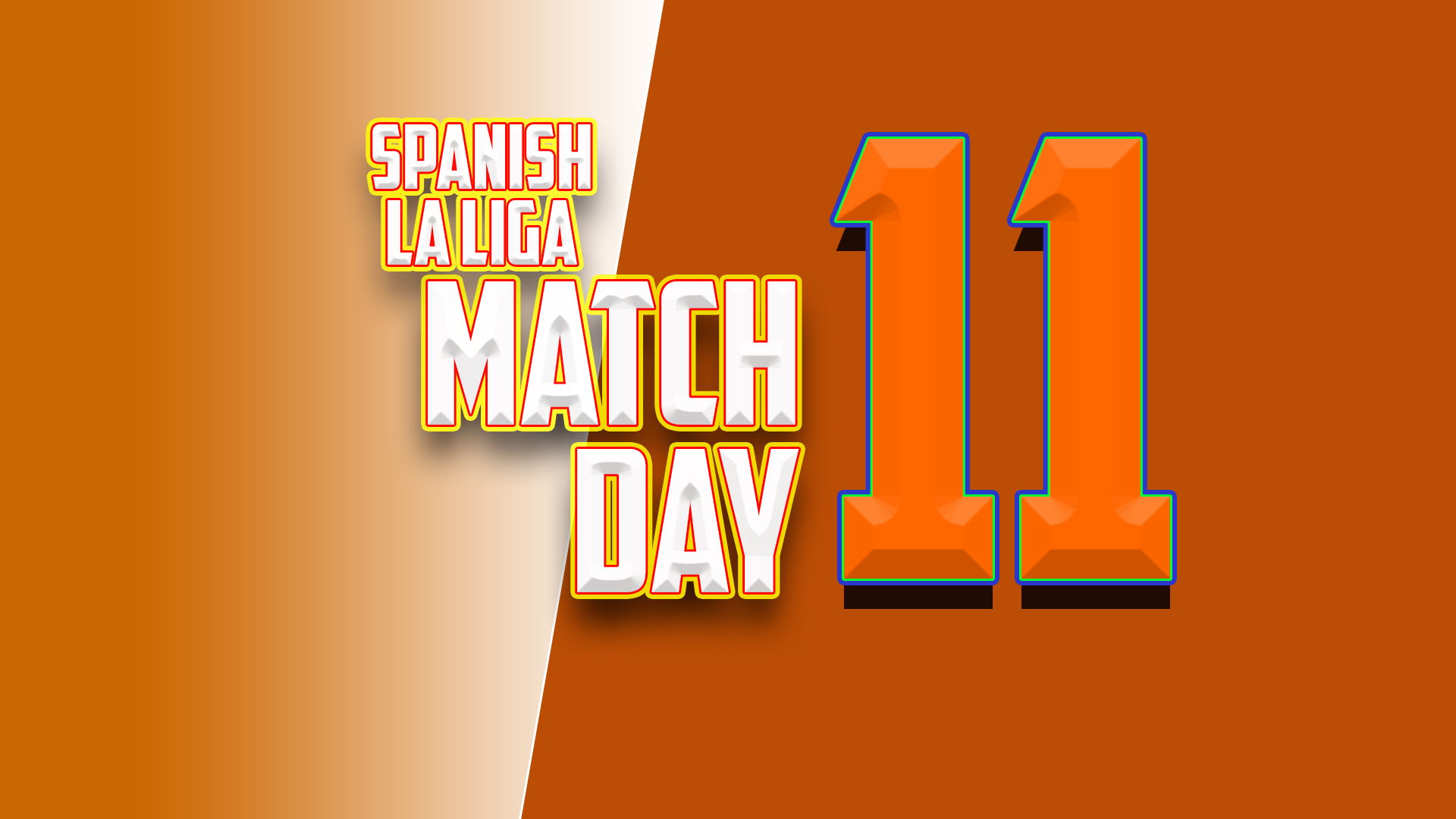 Spanish La Liga
After 11 rounds of the season, …
Villarreal’s Gerard Moreno is top scorer with 8 goals.
The top two teams have played the fewest amount of matches (10).
Barcelona is the top of the group.
Leganes scraping the bottom of the table with just a win to their name. 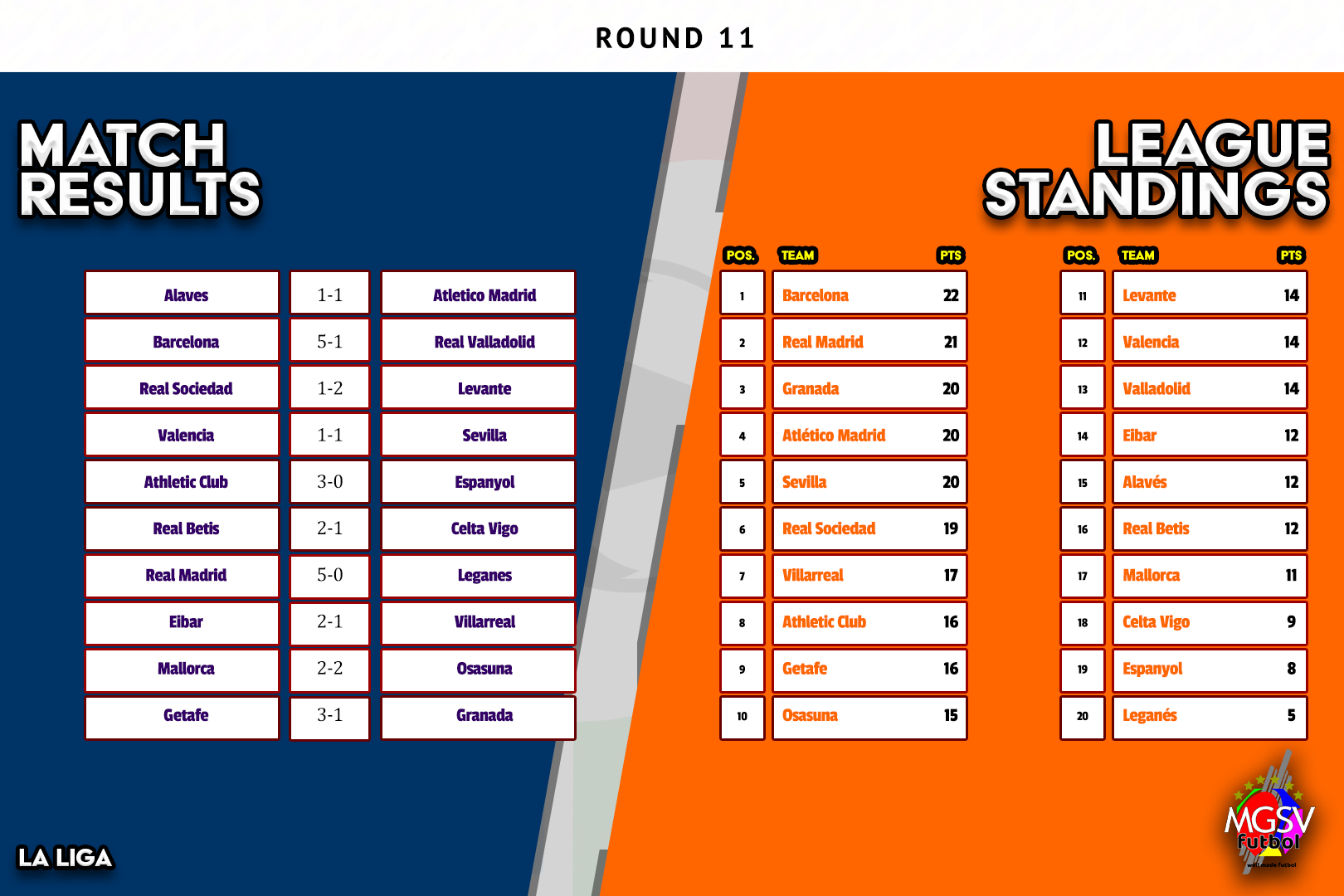 Lucas Perez’s scored a brilliant strike to keep a point at home for Alaves against Atletico Madrid.
Atletico Madrid returned to their streak of draws after ending it in the last round.

Levante ends consecutive defeats in the league, while Real Sociedad ended consecutive victories after Levante picked up a ‘2-1’ win on the road against Sociedad.

Valencia and Sevilla shared the points after an evenly contested ‘1-1’ draw.

Athletic Club bounced from defeat in the last round with a ‘3-0’ win against Espanyol.

Nabil Fekir scored Real Betis’s winning goal in the 90th-minute to seal a home win against a Celta Vigo side that deserved more from the match.
Betis opened a 3-point gap between the two.

Fabian Orellana scored in the final minute of the match to restore Eibar’s lead for a ‘2-1’ victory against Villarreal.
A result Eibar needed after back-to-back defeats in the league. Gerard Moreno’s goal for Villarreal makes him the league top scorer with 8 goals.

Granada suffered their third defeat of the season to miss out on finishing the round at the top of the league table.