As things stand after 6 rounds of the 2019/20 GERMAN BUNDESLIGA
Robert Lewandowksi(Bayern Munich) becomes the first player in European top leagues to reach a ‘double-digit’ amount of goals.
Bayern is back to the top after RB Leipzig’s defeat.
Bayern Munich and Wolfsburg are the only unbeaten sides left in the league.
Newly-promoted Paderborn remains winless.
Borussia Dortmund dropped more points. 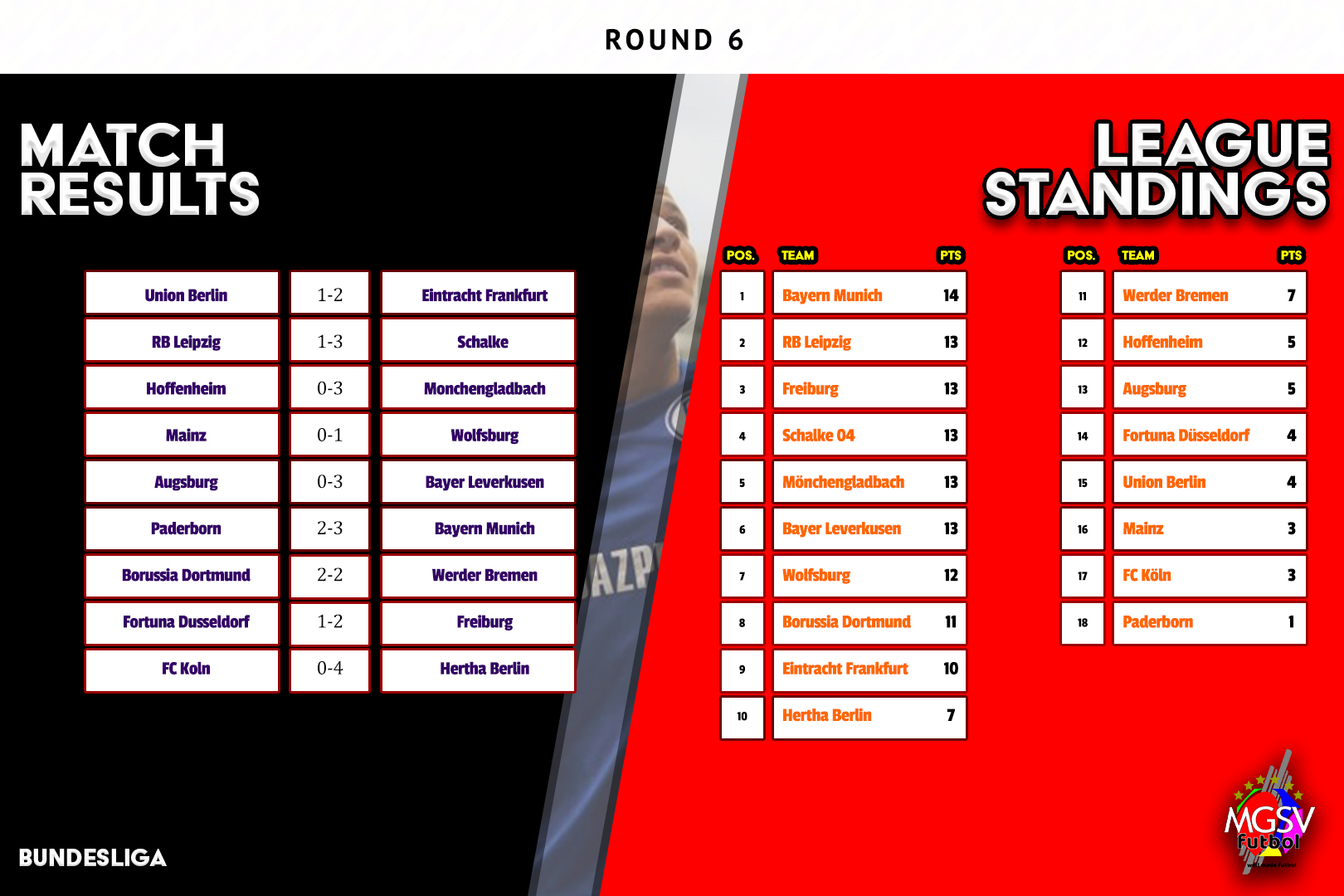 It was three consecutive defeats for Union Berlin after defeat at home to Eintracht Frankfurt.

Schalke handed RB Leipzig their first defeat of the season. The ‘3-1’ defeat knocked RB Leipzig from the top of the Bundesliga table to see them tied in points accumulated with Schalke and a few other teams at the top end of the current Bundesliga standings.

Hoffenheim are without a win in the 4th straight match after a ‘3-0’ defeat at home against Borussia Monchengladbach.

Wolfsburg stayed unbeaten in the league after Marcel Tisserand‘s 9th-minute goal handed them an away victory against Mainz.

Bayer Leverkusen takes 3 points at Augsburg. A first-half own-goal gave Leverkusen the lead/winning goal before two goal in the final third of the regulation time confirmed the results.

Bayern Munich climbed to the top of the Bundesliga standings after a 3-2 away victory against newly-promoted Paderborn. Robert Lewandowski scored his 10th league goal as the defending champions look to keep the crown for another year.

For the third straight competitive match, Borussia Dortmund has allowed a win to slip between their fingers. Dortmund dropped more points in the league after a ‘2-2’ draw with Werder Bremen.

Despite missing a penalty that would have given them the winning goal in the 64th-minute, Freiberg was able to complete the comeback when they Gian-Luca Waldschmidt scored the match-winning goal in the 81st-minute to seal a ‘2-1’ victory over Fortuna Dusseldorf.

It was three straight defeats for FC Koln after getting thrashed in front of their home supporters by Hertha Berlin to a ‘4-0’ score.