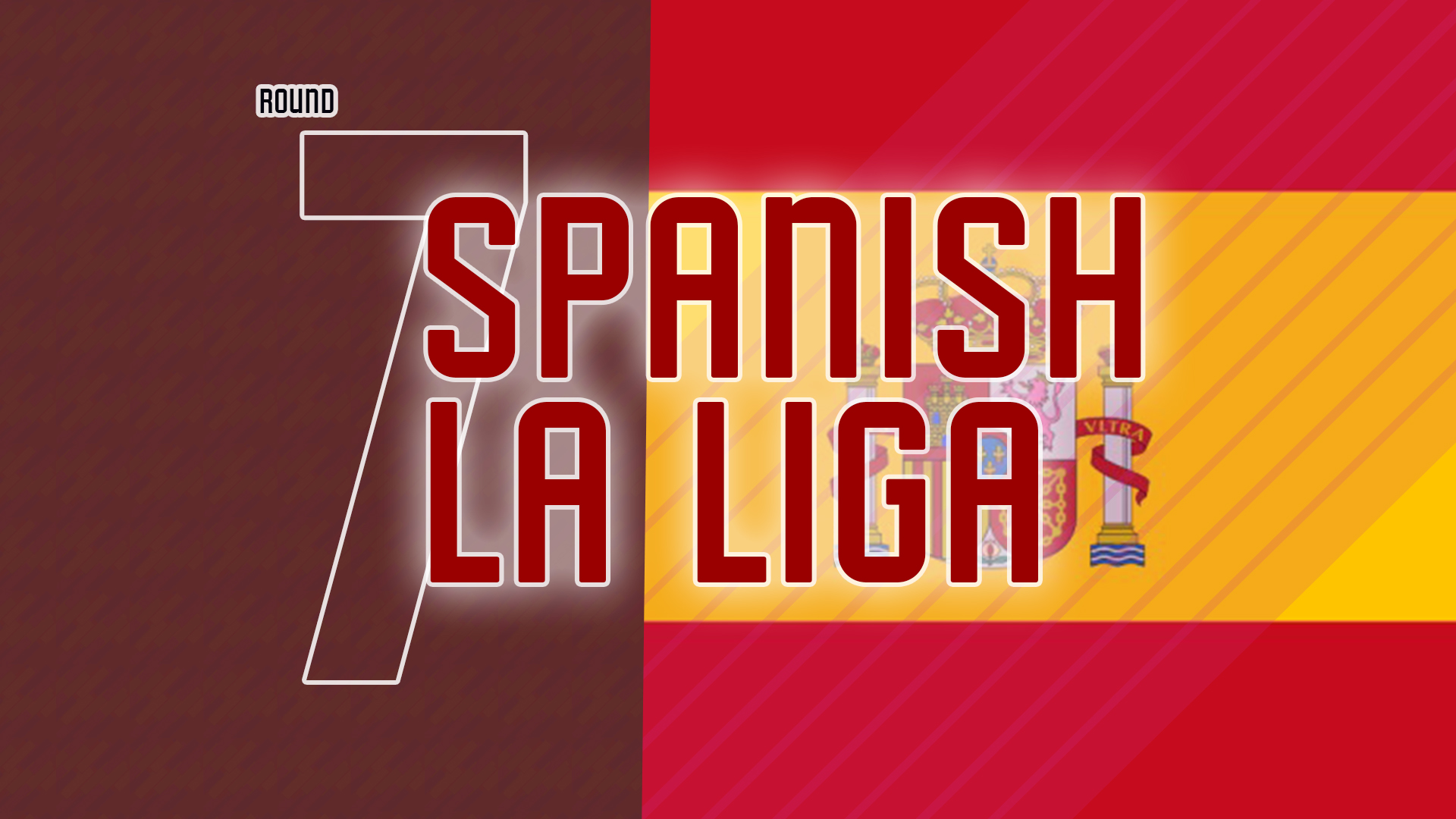 As things stand after the 7th round of the 2019/20 SPANISH LA LIGA
Real Madrid stays top of the league despite a scoreless Madrid derby.
Barcelona gets their first away win and clean sheet of the season.
Newly-promoted Granada is currently a part of the ‘top 4’ with the traditional dwellers.
Gerard Moreno (Villarreal) leads the scoring chart with 6 goals.
Leganes sit at the bottom of the league table as the only side without a win. 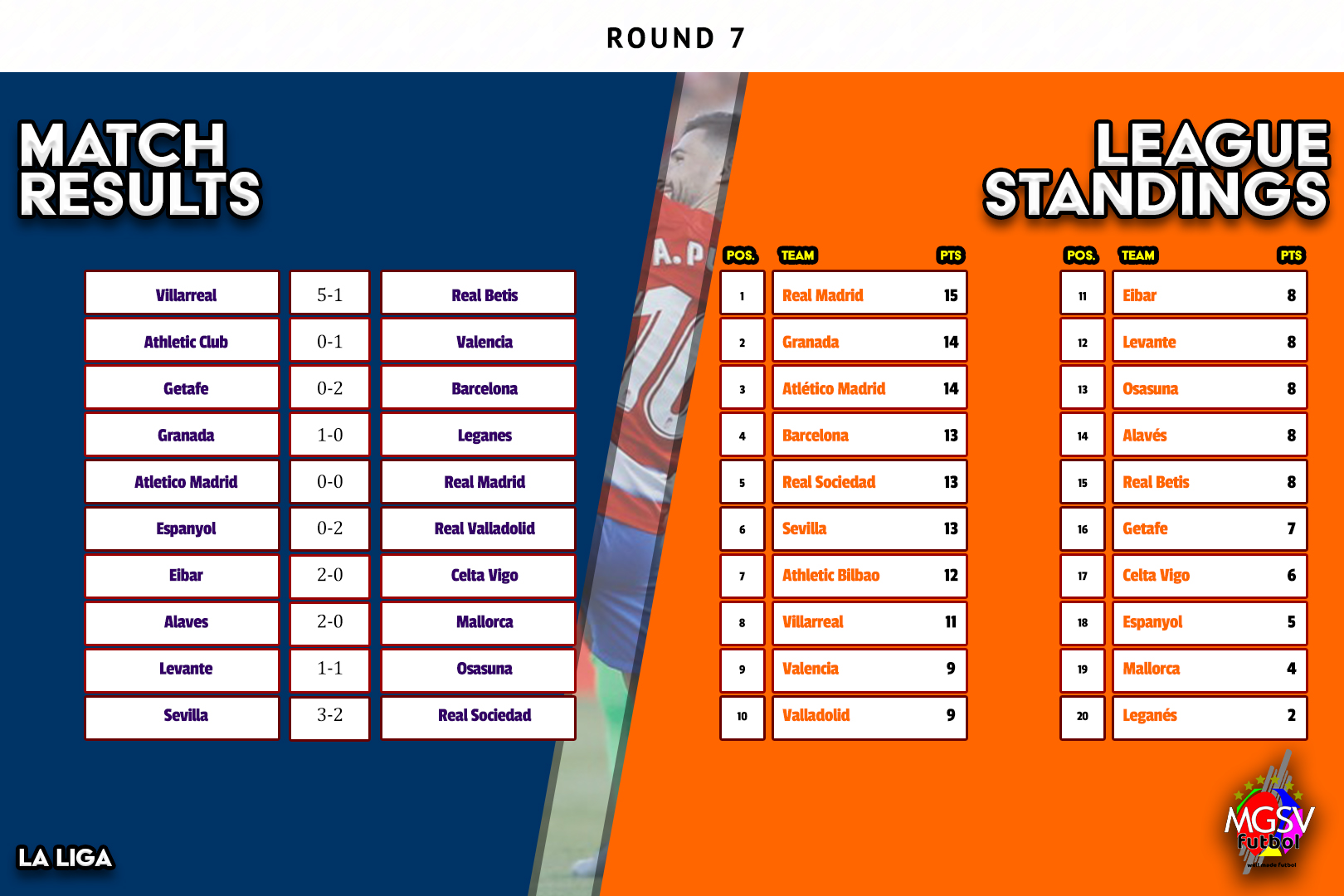 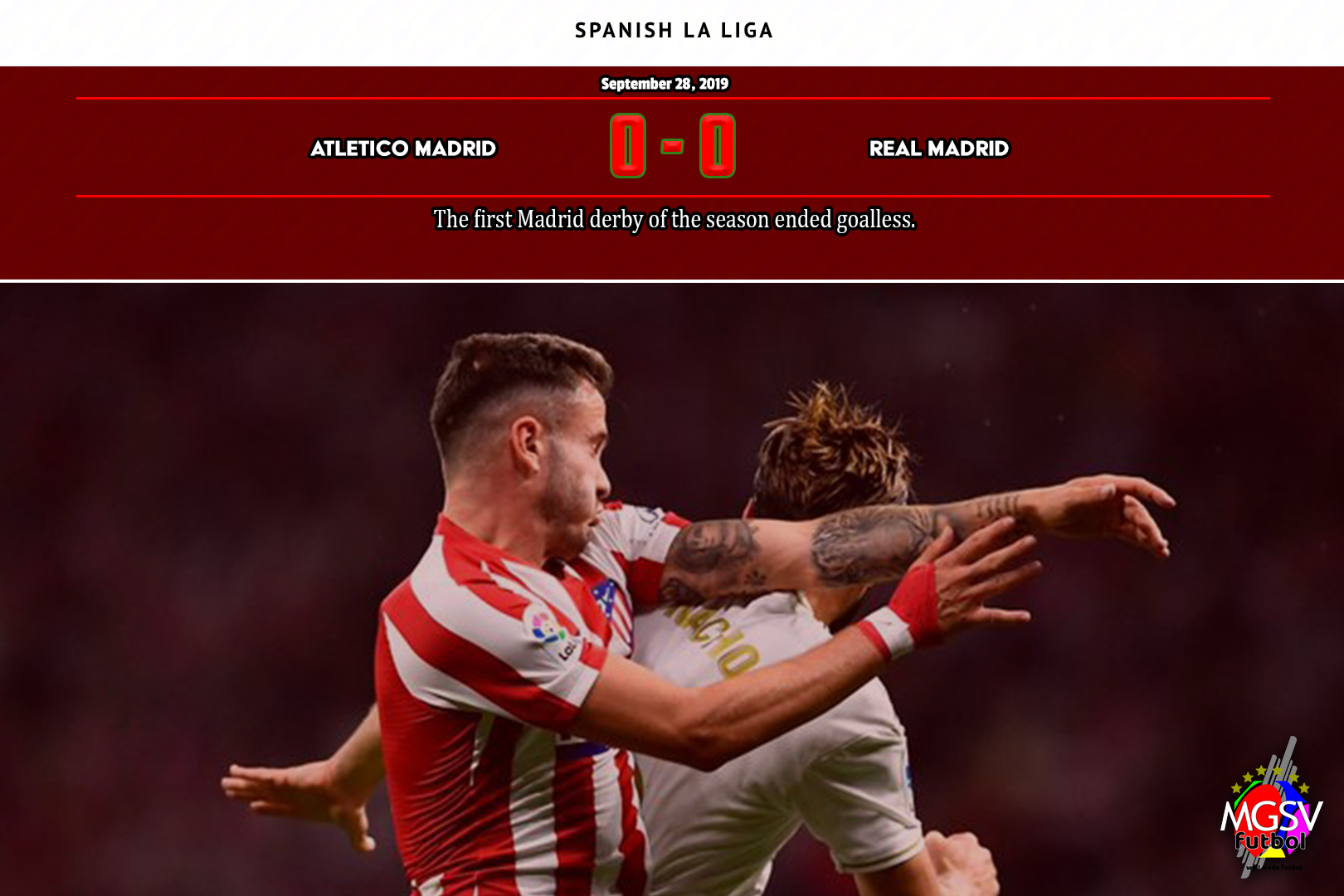 Villarreal kicked the round off by thrashing Real Betis. Villarreal scored 2 goals after the 90th-minute mark to deepen the wounds of Real Betis.

Athletic Club suffered their first defeat of the season. Athletic Club was denied a chance to get closer to the top of the standings by a ‘1-0’ defeat at home to Valencia.

Barcelona picked up their first away win and first clean-sheet of the season through a ‘2-0’ victory at Getafe. Junior Firpo scored his first for the club to double the lead after goalkeeper Marc-Andre ter Stegen assisted Luis Suarez to open scoring in the 41st minute.

Not many would have expected newly-promoted Granada to pick up 14 points from their opening 7 matches and sit among the best teams in the league standings. Granada took a ‘1-0’ home victory over winless Leganes.

The Madrid Derby ended scoreless. Real Madrid is the only unbeaten team in the league while keeping a clean sheet in three consecutive league matches.

Espanyol and Real Valladolid were both in search of their second league win of the season. Valladolid ended up taking a ‘2-0’ win home.

Consecutive victories for Eibar after two goals in the second-half gave them a home victory against Celta Vigo.

Before he was sent off on a red card in the 72nd-minute, Hernani scored the opening goal of the match to give Levante the lead against Osasuna. The match ended ‘1-1’ with Osasuna getting a deserved point.

Sevilla bounced back from consecutive defeats to get a win that killed off Real Sociedad’s chance of finishing the round at the top of the league standings.