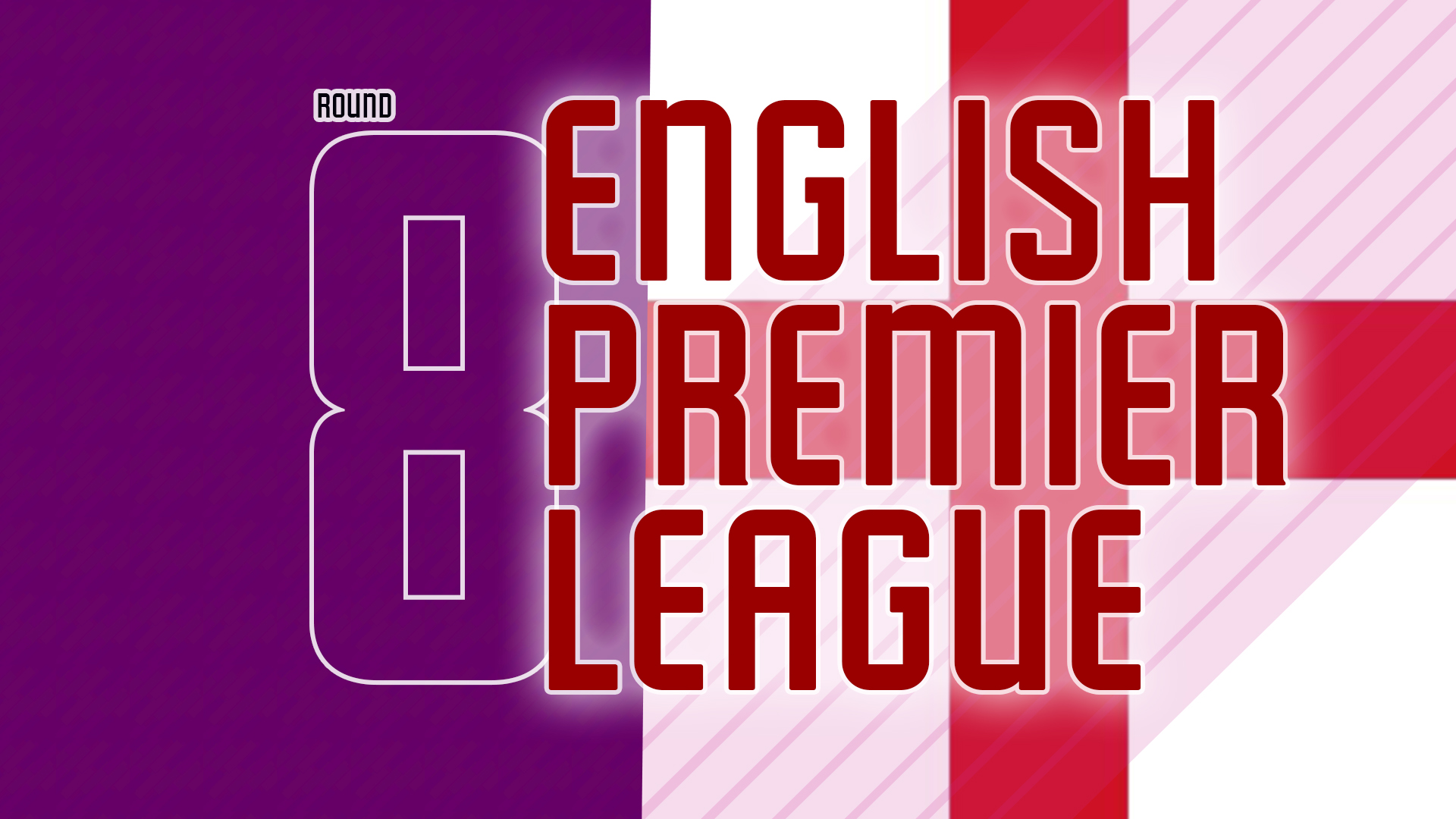 ENGLISH PREMIER LEAGUE
Wolves beat Manchester City at the Etihad Stadium to hand Liverpool an 8-point lead after 8 rounds of the 2019/20 season.
Watford stays at the bottom of the league table as the only team that is yet to win a match in the season.
Manchester United is 2 points from the relegation mark after suffering a defeat at Newcastle.
8 goals – Tammy Abrahams joined Sergio Aguero at the top of the goal-scoring list when he opened the scoring for Chelsea to get a comprehensive ‘4-1’ win at Southampton 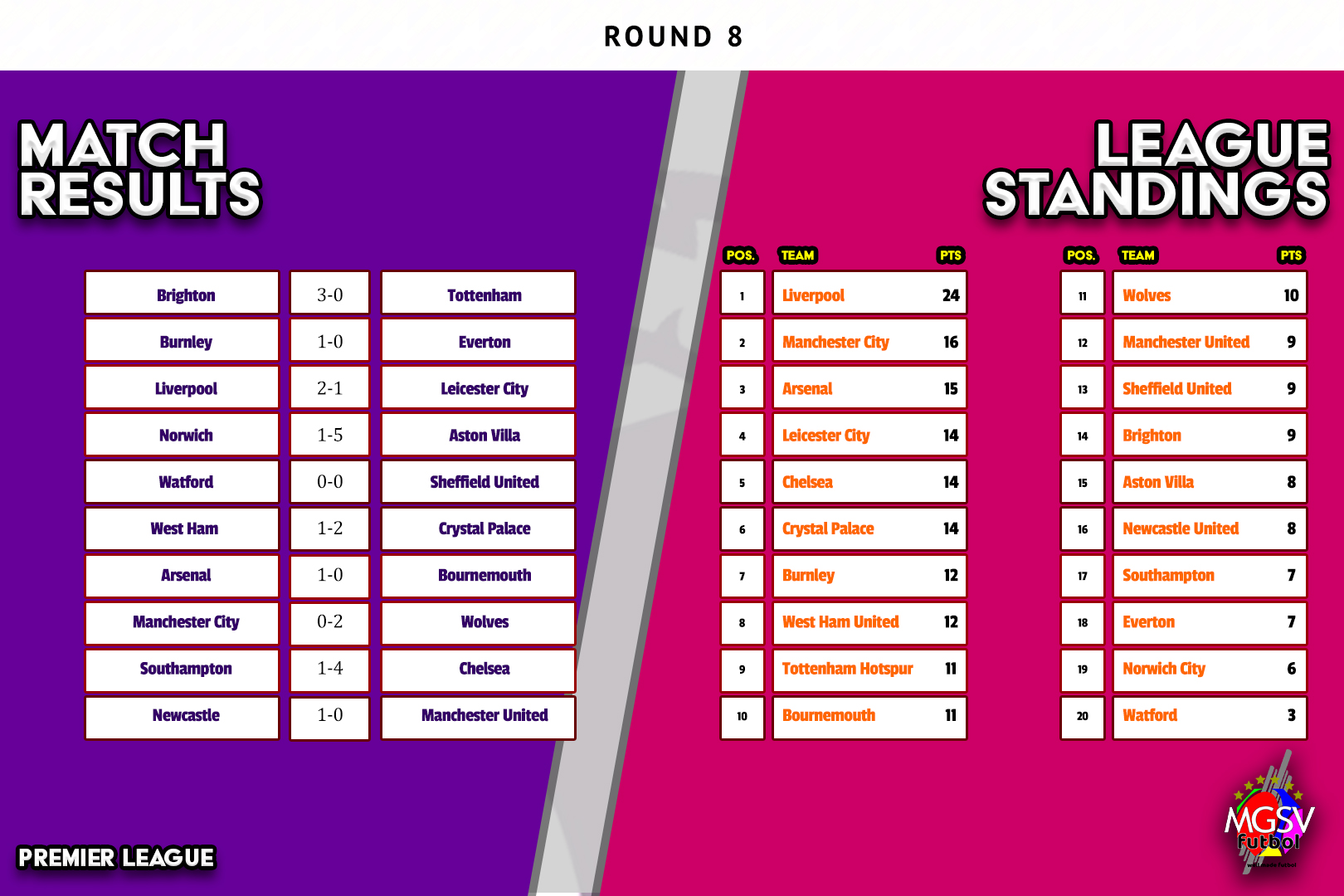 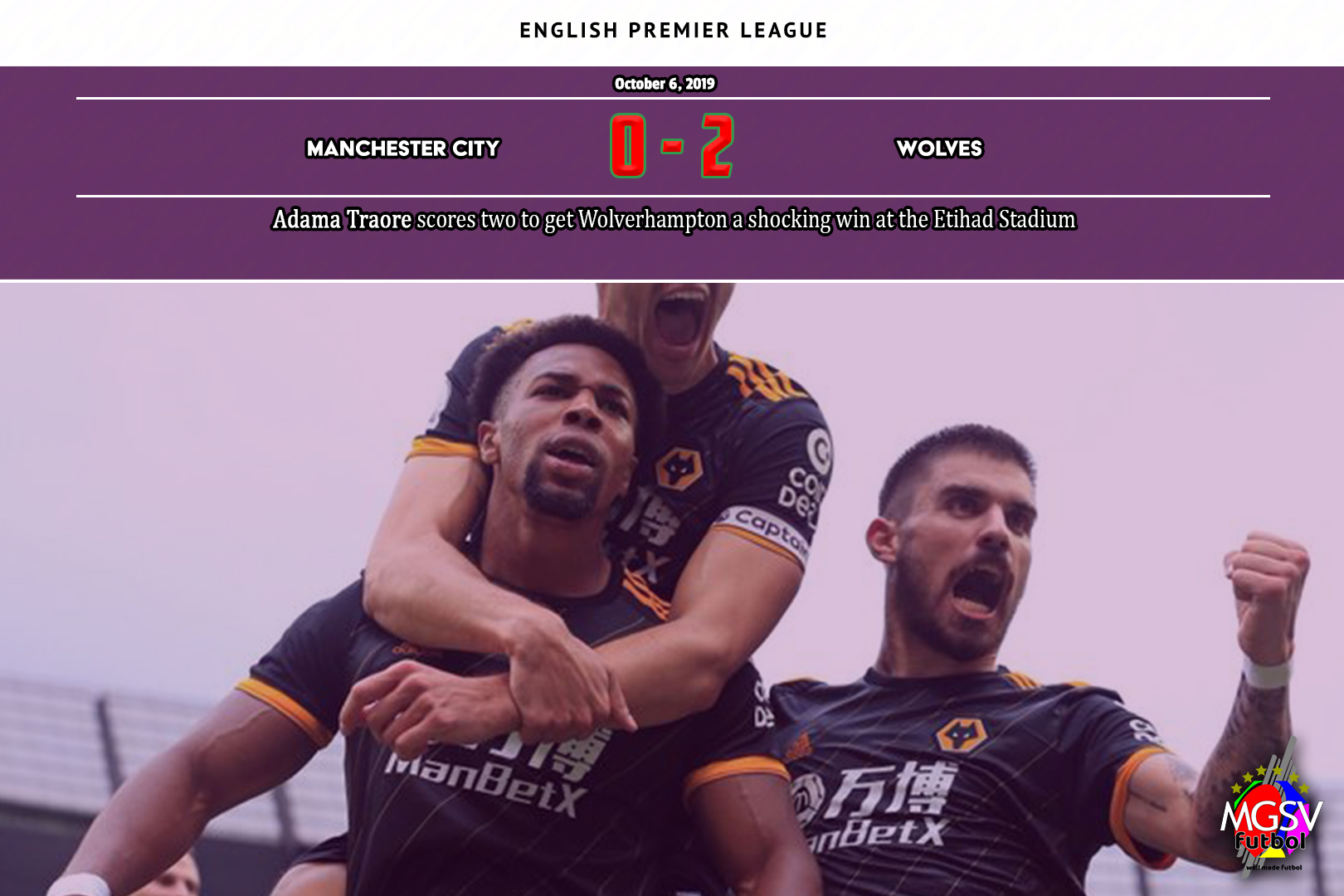 Tottenham’s nightmare continues after getting a thrashing at Brighton.

It was a 4th straight league defeat for Everton after a ‘1-0’ defeat at Burnley.

An injury-time penalty gave Liverpool a victory against Leicester City. Liverpool is a win away from equalling the record for the most consecutive wins in the league (18). Their next fixture is against their traditional arch-rival Manchester United.

Norwich was on the wrong end of a 5-1 against Aston Villa when the promoted sides met. Norwich has now lost all matches since their shocking victory against Manchester City, with their first goal coming in a match in which they conceded 5 goals.

Watford remains the only side without a win after 8 matches played. A goalless draw at home against Sheffield United was the best Watford could do.

Manchester City is shocked at home after Adama Traore scored two late goals for Wolves to pick up an unexpected victory at the Etihad Stadium. It was Wolverhampton’s second win of the Premier League season and a second defeat to Manchester City.

Chelsea made light work of Southampton.