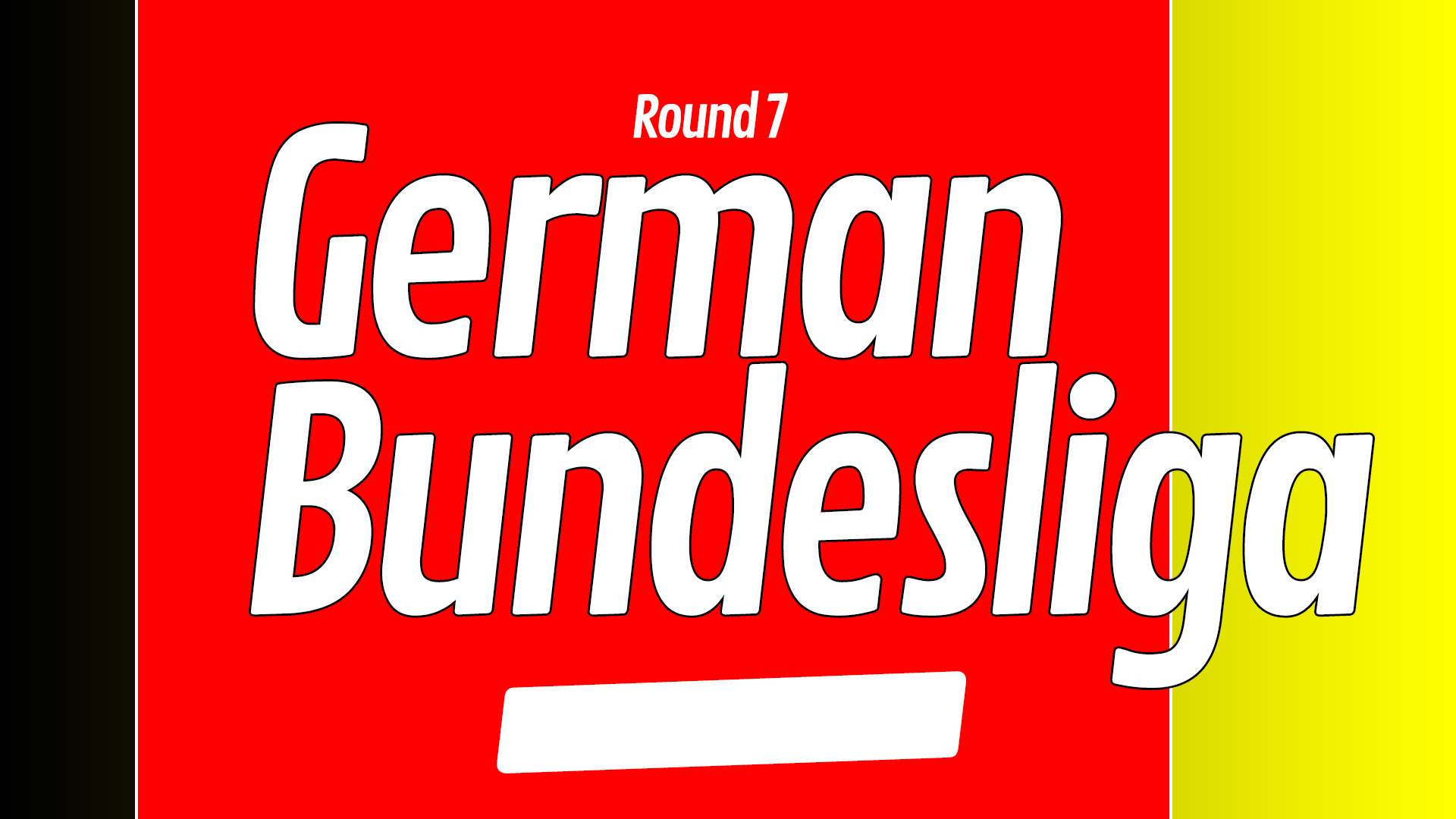 GERMAN BUNDESLIGA
After 7 rounds of the 2019/20 season and the top of the German Bundesliga standings is looking crowded with title contenders.
Bayern Munich suffered defeat, while RB Leipzig, Bayer Leverkusen, Borussia Dortmund, Schalke, Freiburg, and Eintracht Frankfurt all were part of a draw in this round.
Borussia Monchengladbach and Wolfsburg took advantage of the results above to occupy the top two positions in the league standings; with Monchengladbach in pole position.
Robert Lewandowski scored to take his tally to 11 goals.(Most goals in Europe)
Paderborn is still winless since promotion.
The three promoted teams are occupying the bottom three spots in the league. 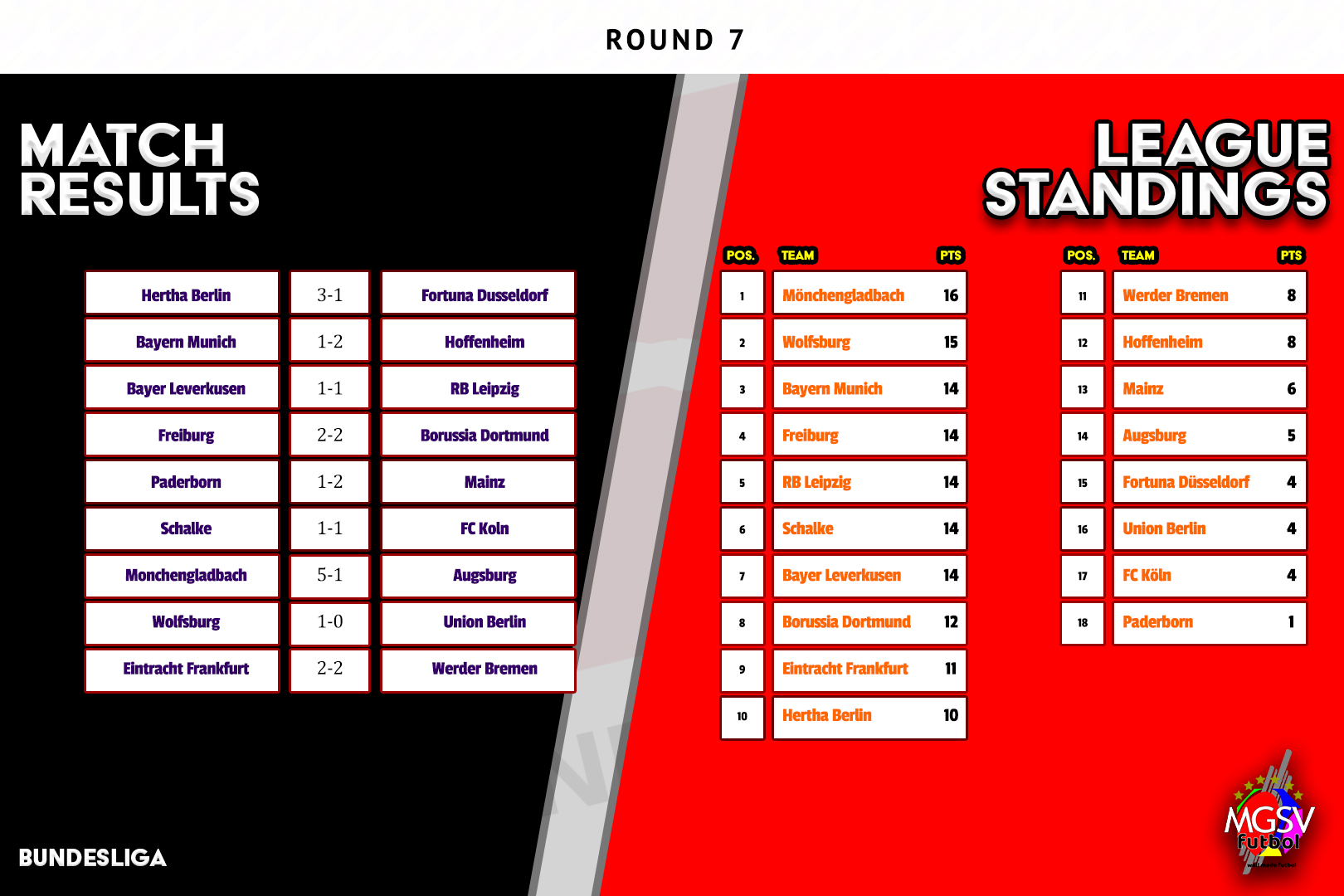 Hertha Berlin made it three wins in a row after coming from behind to seal a ‘3-1’ win against Fortuna Dusseldorf.

Bayern Munich suffered a shock defeat to a Hoffenheim side that had only managed to win a game in their previous 6 league fixtures. With the midweek results from the Champions League, their current run of form in the league, and having the backing of the home supporters, this was a tie that Bayern Munich wasn’t seen to come out empty-handed. Sargis Adamyan provided the goals for Hoffenheim to come out of Munich with all 3 points.

Christopher Nkunku’s goal in the 78th-minute saved RB Leipzig from making it 3 straight defeats in a competitive match. Leipzig takes a point home against Leverkusen.

It was a third consecutive ‘2-2’ draw in the Bundesliga for Borussia Dortmund after blowing away a lead on two occasions to drop points against Freiburg.

Paderborn remains without a win in the league. A ‘2-1’ home defeat to Mainz has Paderborn on a streak of 4 straight league defeats.

Jonas Hector’s injury-time goal for Koln denied Schalke from getting a victory that would have carried then to the top of the standings.

Aware that win was going to see them end the round at the top of the league standings, Borussia Monchengladbach achieved the task on hand by going into the break with a 4-0 lead on Augsburg.

Wout Weghorst’s goal in the 69th-minute was enough to give Wolfsburg the win at home against Union Berlin. The result sent Wolfsburg to second-place in the league standings.

Milot Rashica converted a late penalty into a goal for Werder Bremen to leave Frankfurt with a point after losing their first-half lead to trail Eintracht Frankfurt.