Bayern Munich’s lead has been reduced to 2 points.
RB Leipzig are firmly back into the title race after a win in Berlin.
Wolfsburg and Frankfurt remained equal on points, but Wolfsburg moved up a position due to goal difference.

Monchengladbach fell to 8th after defeat against a relegation-zone Mainz.
Dortmund win the Revierderby.
Robert Lewandowski kept up with his efforts to win the European Golden Boot. 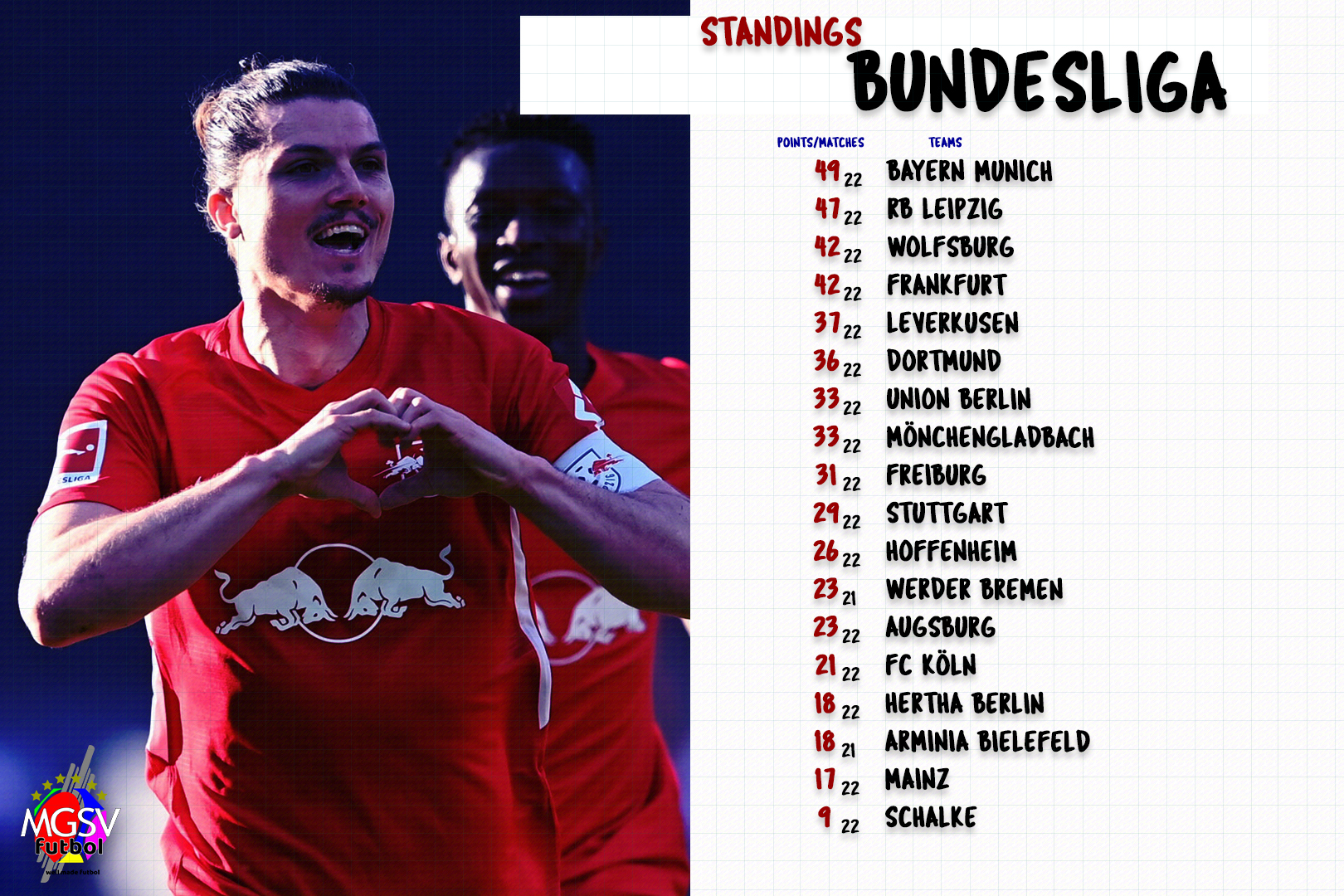 Renato Steffen scored the opening goals of the match to lead Wolfsburg to a 3-0 win against Arminia Bielefeld. It was exactly what Wolfsburg needed to bounce back from the points dropped against Monchengladbach.


A 2-1 home defeat to Mainz marked the fourth straight league match without a win for Monchengladbach.

Union Berlin lept two points ahead of Freiburg after a 1-0 win at Freiburg.

Revierderby went in the direction we expected. Dortmund did a league double against a Schalke side that are the prime candidate for relegation. Erling Haaland scored a goal in each half to contribute to Dortmund’s 4-0 win at Schalke.

Edmon Tapsoba’s goal in the dying minute saved Leverkusen from leaving Augsburg empty handed. It ended ‘1-1’, with Augsburg putting an end to three straight league defeats, while Leverkusen made it consecutive league draws.

Hertha Berlin remained in the relegation-battle after a 3-0 defeat at home to an RB Leipzig side that was eager to take full advantage of Bayern Munich’s defeat.

Hoffenheim closed the round with a 4-0 win at home against Werder Bremen.