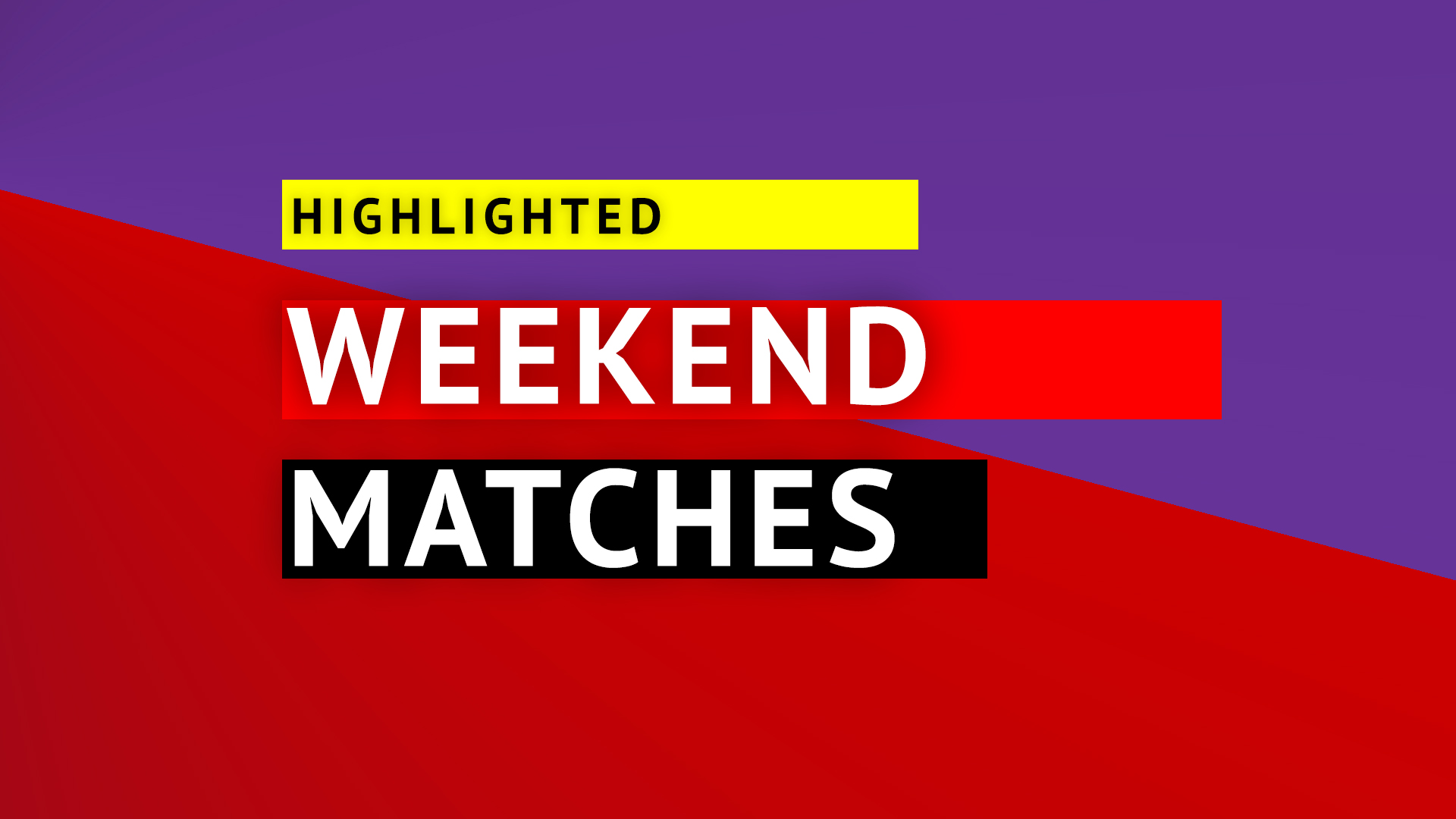 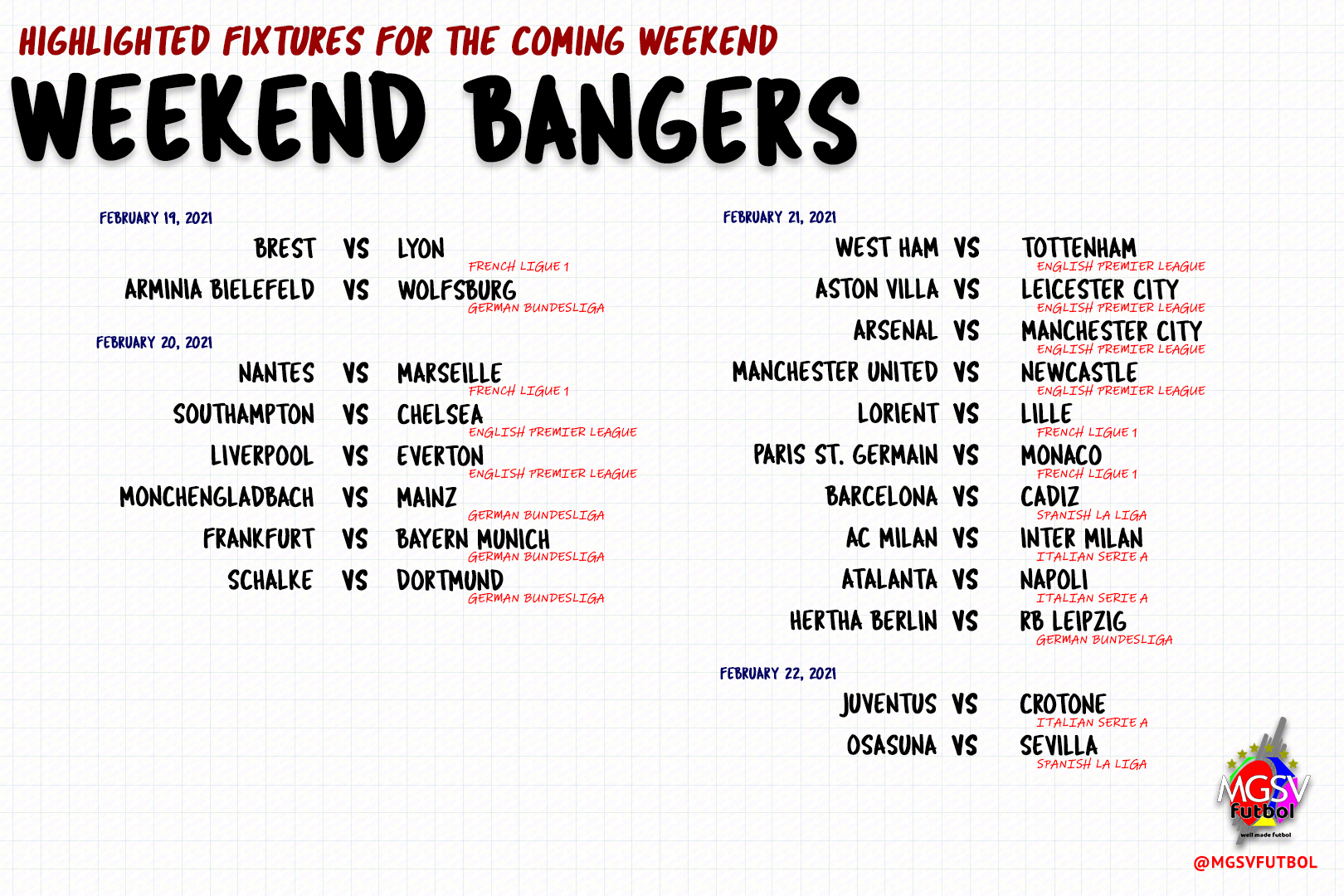 In the Spanish La Liga
Barcelona vs Cadiz
Barcelona is still trying to figure out what type of team they are. A win is needed to boost morale. Their earlier meeting ended up being a 2-1 defeat to Cadiz. It will be time to make amends for the points dropped. Cadiz will be looking at a 5th straight league defeat if Barcelona are to get their way.

Osasuna vs Sevilla
Sevilla are on the form to go on and grab a win to make the push for 3rd place in the standings.

AC Milan vs Inter Milan (Derby della Madonnina)
The Milan derby. AC Milan can reclaim the top spot with a derby win, while anything but a defeat keeps Inter Milan at the lead in the title race.

AC Milan lost top spot in the last round of matches in the Serie A. They’ve been presented with an opportunity to take it back. Will they?

Earlier meeting in the league was a 2-1 victory to AC Milan. It was the first time AC milan had won a league game against their city rival since January 2016.

Their most recent meeting was in the Coppa Italia quarter final; which Inter Milan moved on with a 2-1 win.

Can AC Milan do a league double on their city rival and reclaim the top spot? Or is Inter Milan getting their revenge and kicking off another winning streak in the derby to keep their place at the top of the league?

Atalanta vs Napoli
Atalanta and Napoli are both on 40 points with Napoli having a game in hand. Both teams can see their way into the ‘top four’.

Juventus vs Crotone
Juventus need to make up for defeat against Atalanta in the last round. Anything but a win against bottom table Cotrone will open the gap for other teams to knock them out of the ‘top 4’ at the end of the round.

In the German Bundesliga

Arminia Bielefeld vs Wolfsburg
Points dropped in the last round against Monchengladbach must be made up against Armina Beilefeld. A win could see Wolfsburg take advantage of the ‘Frankfurt vs Bayern Munich’ fixture; but moving above Frankfurt of Bayern does the expected.

Frankfurt vs Bayern Munich
A little dent to their lead in the title race, but Bayern can pick up on their winning form with a win against Frankfurt. The struggle for Bayern might be that Frankfurt are unbeaten in their last 10 league games; 8 wins and 2 draws.

Schalke vs Dortmund (Revierderby)
Schalke are with one win all season. Dortmund are with one win from their last 6 league games. Hard to see Schalke winning, but they might be able to keep Dortmund from getting out of a slump.
Dortmund won 3-0 in the reverse fixture. And despite both teams being in a slump, we would be surprised by a different outcome.

Hertha Berlin vs RB Leipzig
RB Leipzig must win in Berlin to keep up the pace with Bayern Munich in the title race. Relegation-threatened Hertha Berlin shouldn’t be a big problem for Leipzig when you consider they have only a win from the 8 matches they’ve played all year. (5 defeats).

Nantes vs Marseille
A midweek victory was a much needed win for Marseille. Hopefully they can build on that with another at Nantes.

Lorient vs Lille
Lille’s lead at the top of the Ligue 1 standings was narrowed after dropping points in a goalless draw with Brest. They will need a win against Lorient to keep their place at the top safe.

Paris St. Germain vs Monaco
The most recent league title winners go head-to-head again. Paris St. Germain are a point from taking top spot in the league from Lille. The dropping points in a 2-2 draw against Lorient in the last round ended a run of 7 straight league wins for Monaco. Recent results allow both sides to come into this match with confidence.

Brest vs Lyon
Lyon are three points from the top of Ligue 1. They are coming into this match on the back of a defeat.

Southampton vs Chelsea
Southampton are six league games without a win. They will be hosting a Chelsea side that have not suffered defeat under Thomas Tuchel.

Liverpool and Everton are both coming to the Merseyside derby with poor results in the league. Liverpool have lost their last three league matches, and have also suffered defeat in their last 3 home games. Everton comes into the fixture after back to back league defeats.

Everton were looking like a team that could end the long drought.
The last time Everton came out on top against Liverpool in a Merseyside derby was on October 17, 2010 at Goodison Park.
The two teams met again on their 10th anniversary of that victory. It finished in a 2-2 draw. It was the first Merseyside derby of the the current season.

West Ham vs Tottenham
West Ham are trying to get into the ‘top 4’ with the help of a win. Tottenham will be battling to help themselves get out of midtable.

Arsenal vs Manchester City
Pierre-Emerick Aubameyang’s hattrick against Leeds was part of what ended Arsenal’s three game winless run in the league. Now they move from that to face a Manchester City side that haven’t suffered defeat all year in all competitions.

Manchester United vs Newcastle
Manchester United are on the brink of losing their 2nd place spot in the league title race after dropping points in back-to-back league games. A win against Newcastle will be welcomed.