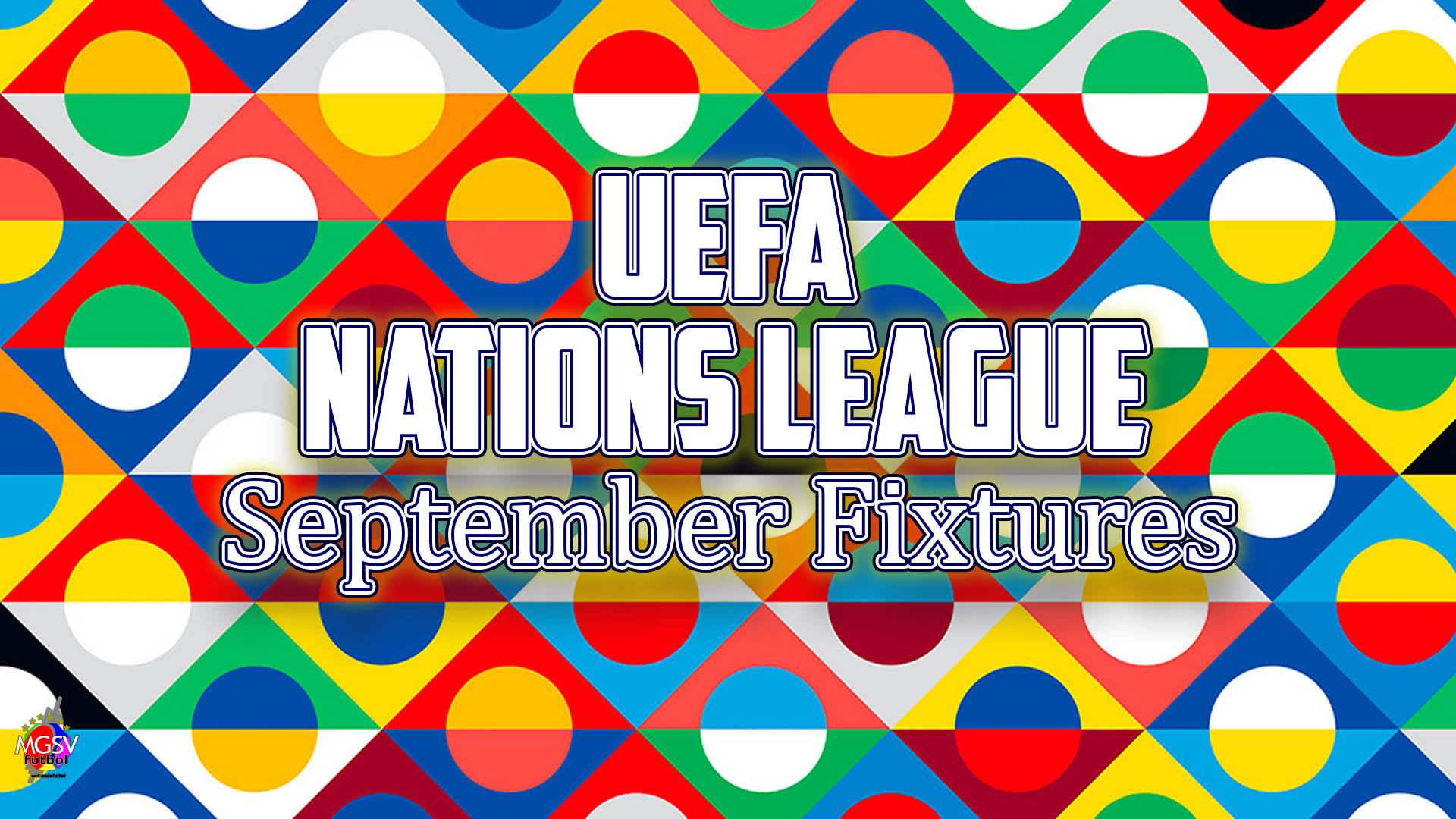 The rule of the new UEFA Nations League might be complicated at first, but once you wrap your brain around it, it is something fans of European football could fall in love with.
It’s a new league, it has promotion and relegation battles, there is a final and a trophy to be lifted at the end of it all.

It is scheduled to take place every two years as a competitive replacement for international friendlies for the 55 European nations under UEFA.

The teams are broken into 4 separate leagues(A-D), To ensure that the teams are evenly matched, the UEFA coefficient ranking is used to decide the league in which a nation belongs. The higher rank teams will begin in Group A

Each league will have 4 groups of 3-4 teams.

The matches would be played in September, October, and November.

The Group winners of B, C, D get promoted to the respective group above. The teams that finish at the bottom of A.B. and C get relegated. Group D last-place finish get eliminated.

In June 2019, the four winners from Group A will contest for the Cup by completing a two-legged semifinal playoff, and third-place playoff for the semifinal losers, and a final for the semifinal winners to be crowned champions and claim the UEFA Nations League trophy.

Should the need it, the top 16 teams at the end of the competition will have a place in the Euro 2020 playoffs qualifiers. 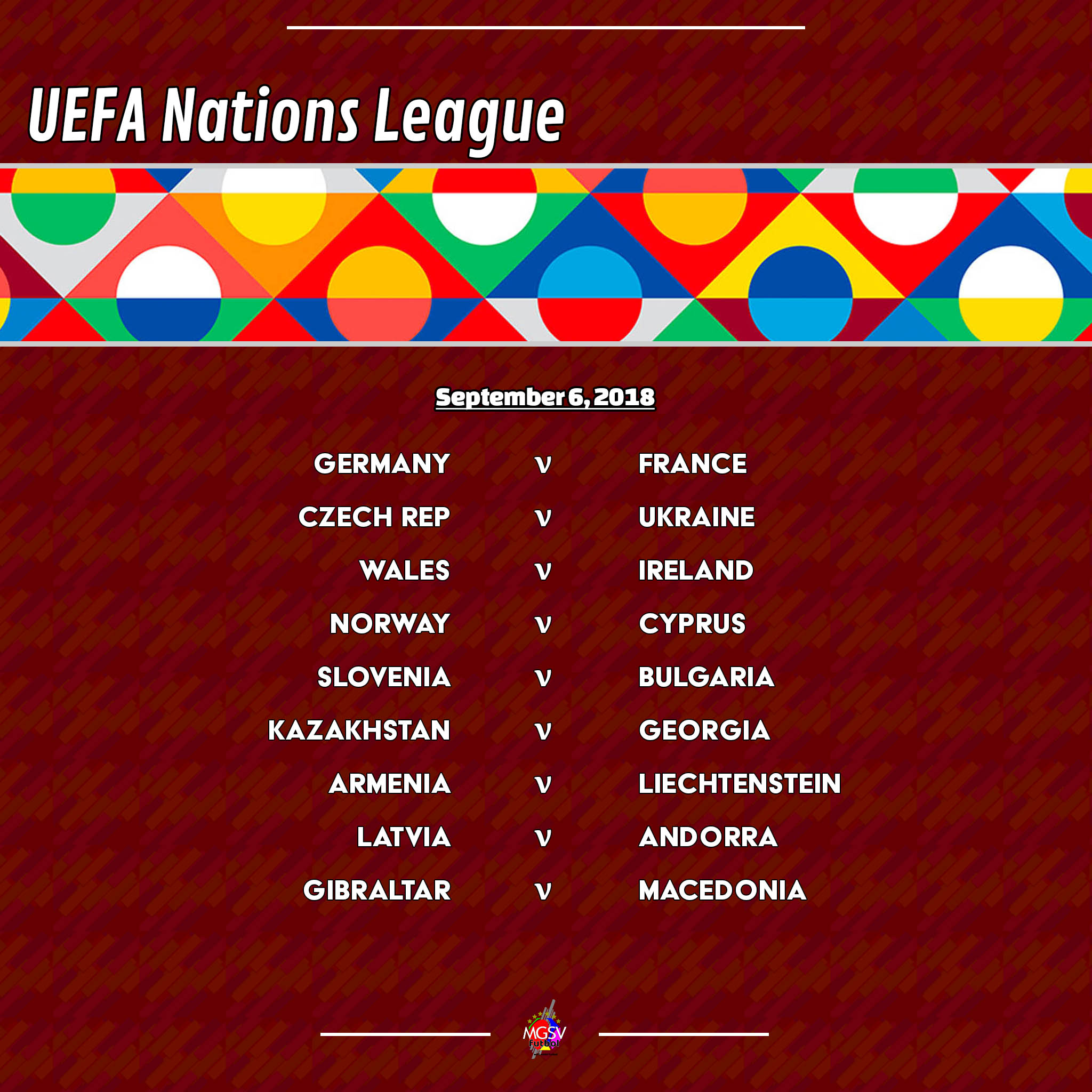 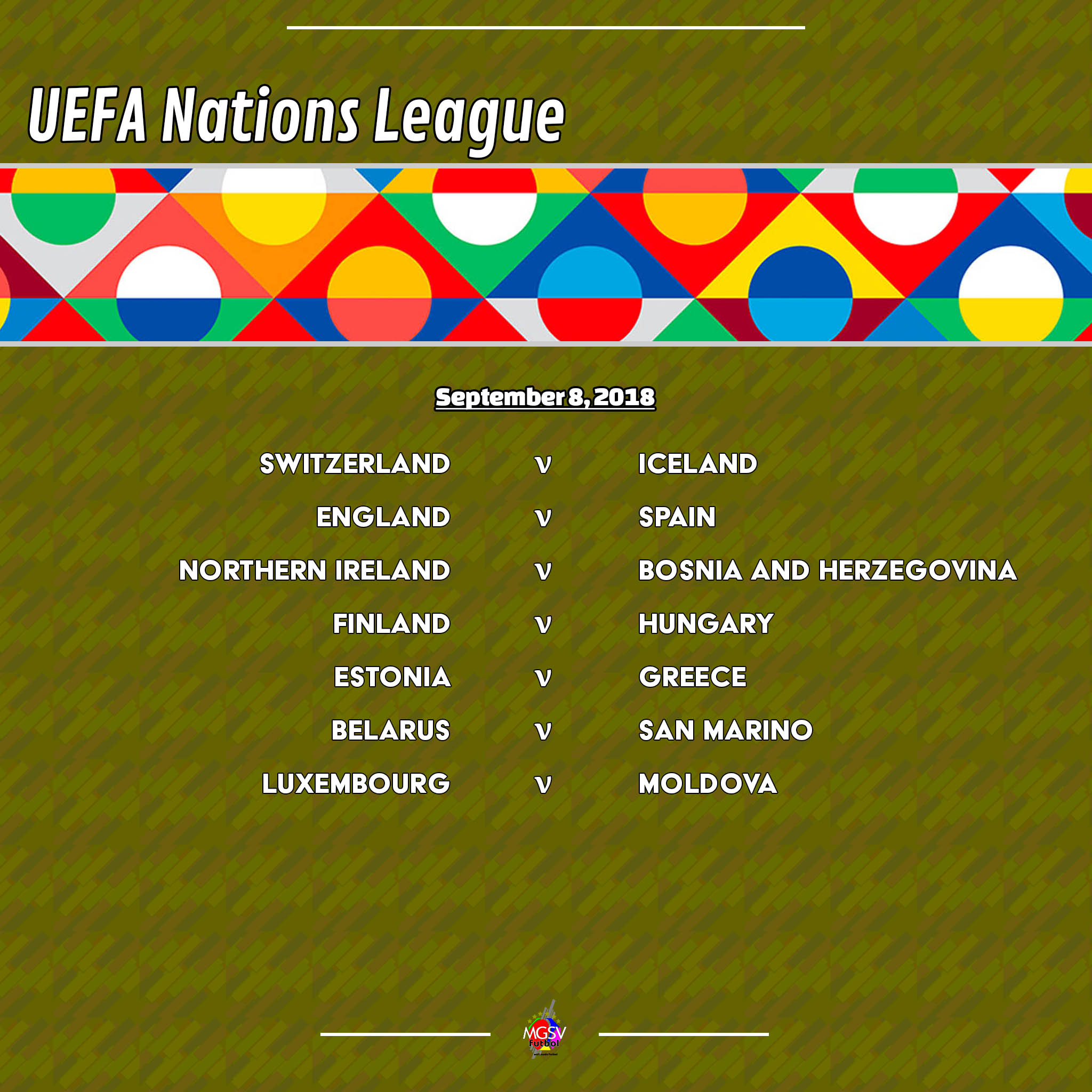 September 8, 2018
Switzerland vs Iceland (A) / England vs Spain (A) / Northern Ireland vs Bosnia and Herzegovina (B) / Finland vs Hungary (C) / Estonia vs Greece (C) / Belarus vs San Marino (D) / Luxembourg vs Moldova (D) 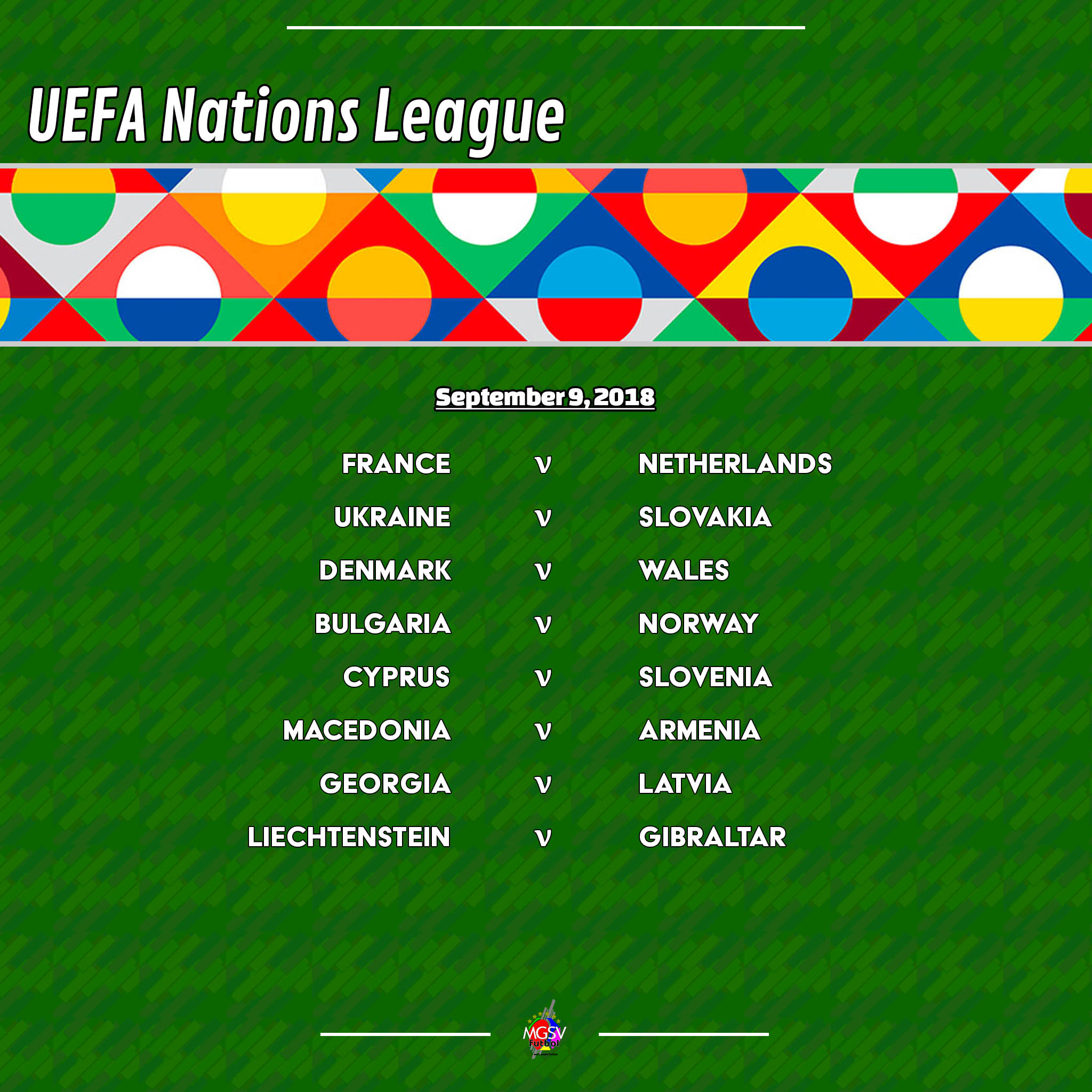 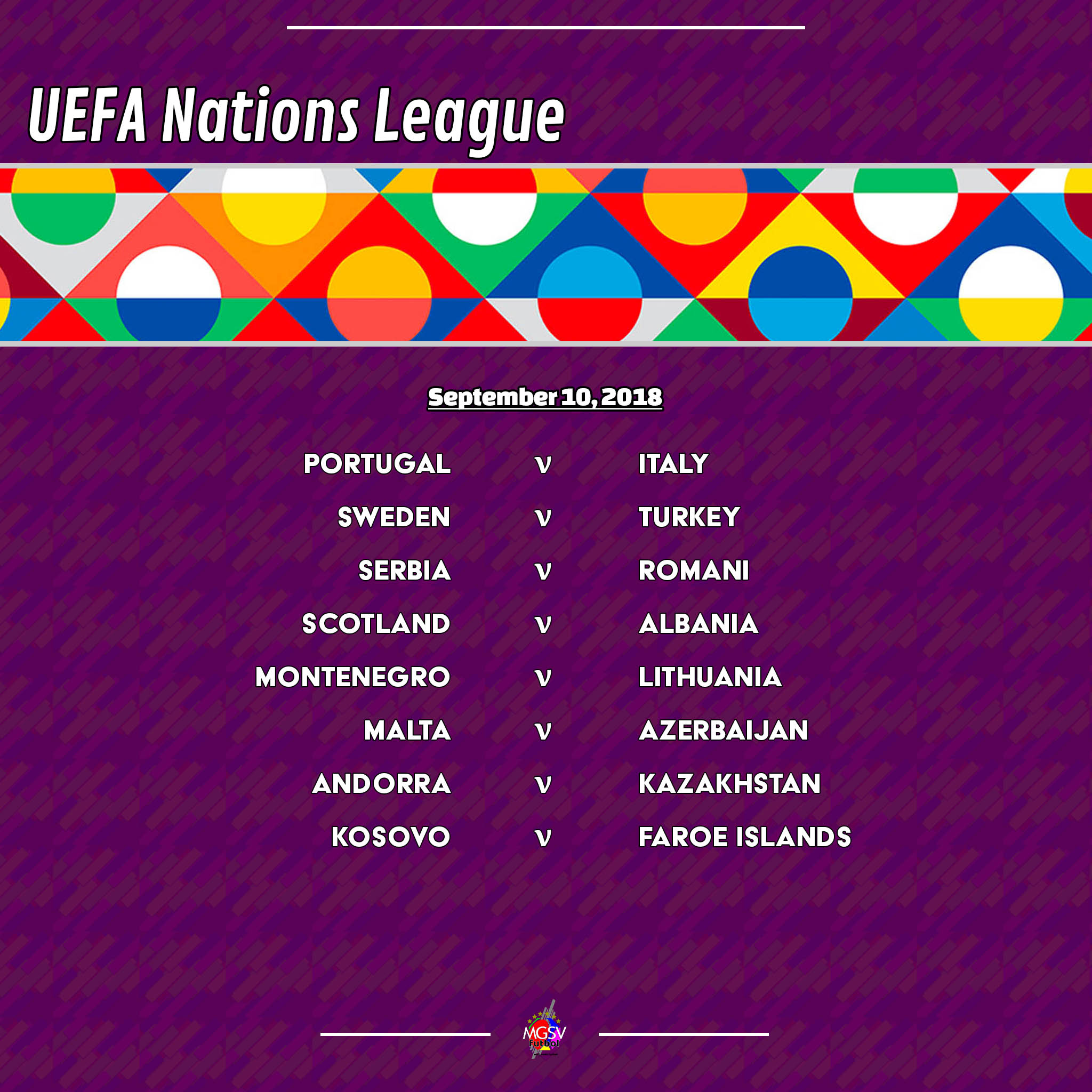 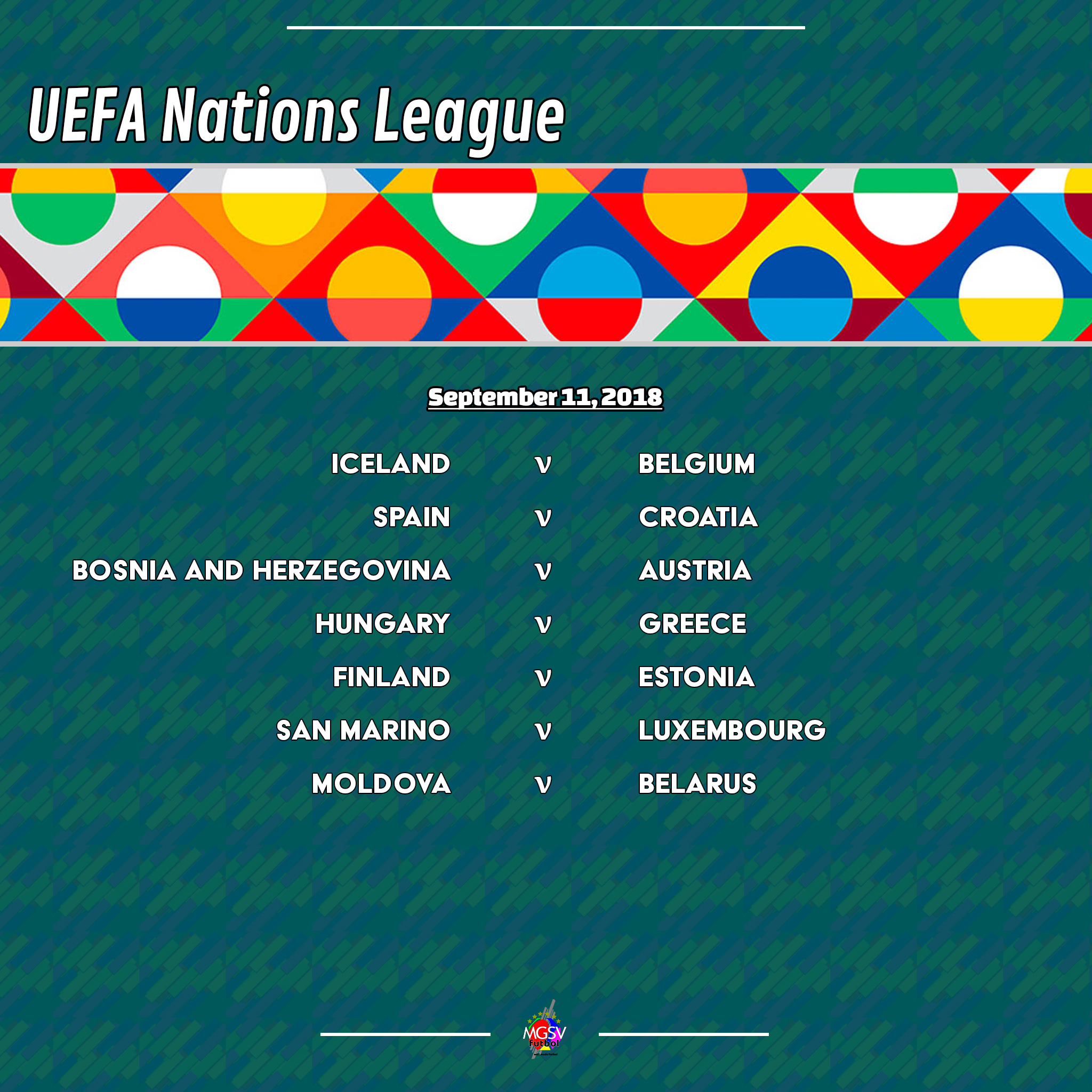