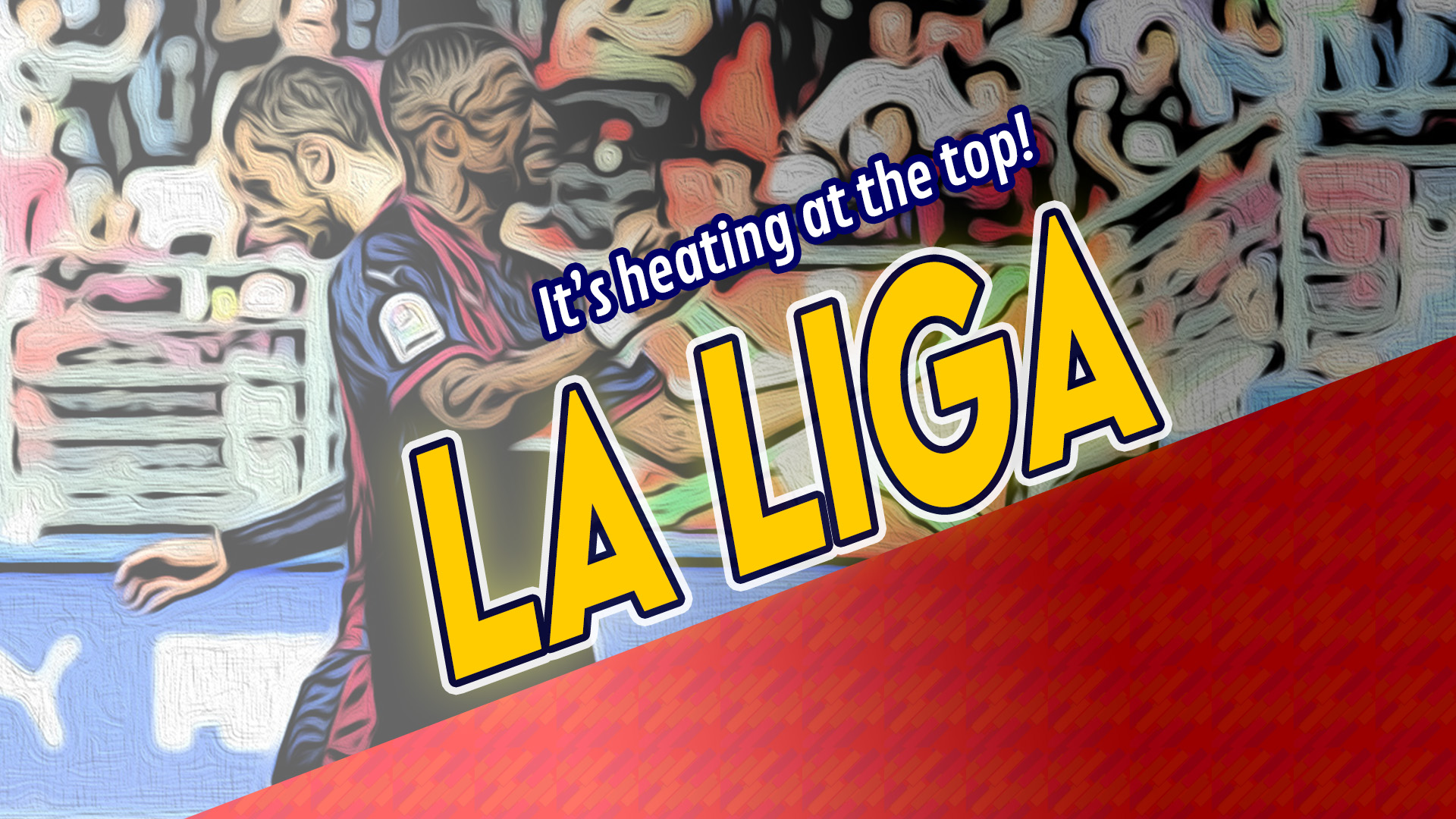 Traffic Jam in the race for the 2018/19 Spanish La Liga title.
The traditionally strong teams are dropping points where they should be picking up while the expected mid-table hopefuls are punching above their weight class in the opening rounds of the La Liga season. The top spot in the La Liga is up for grabs by all of the current teams in the top four of the league standings.

At the top end of the La Liga standing are 6 teams with 20+ points and under 4 points between them.
12 rounds later and this is what La Liga looks like. 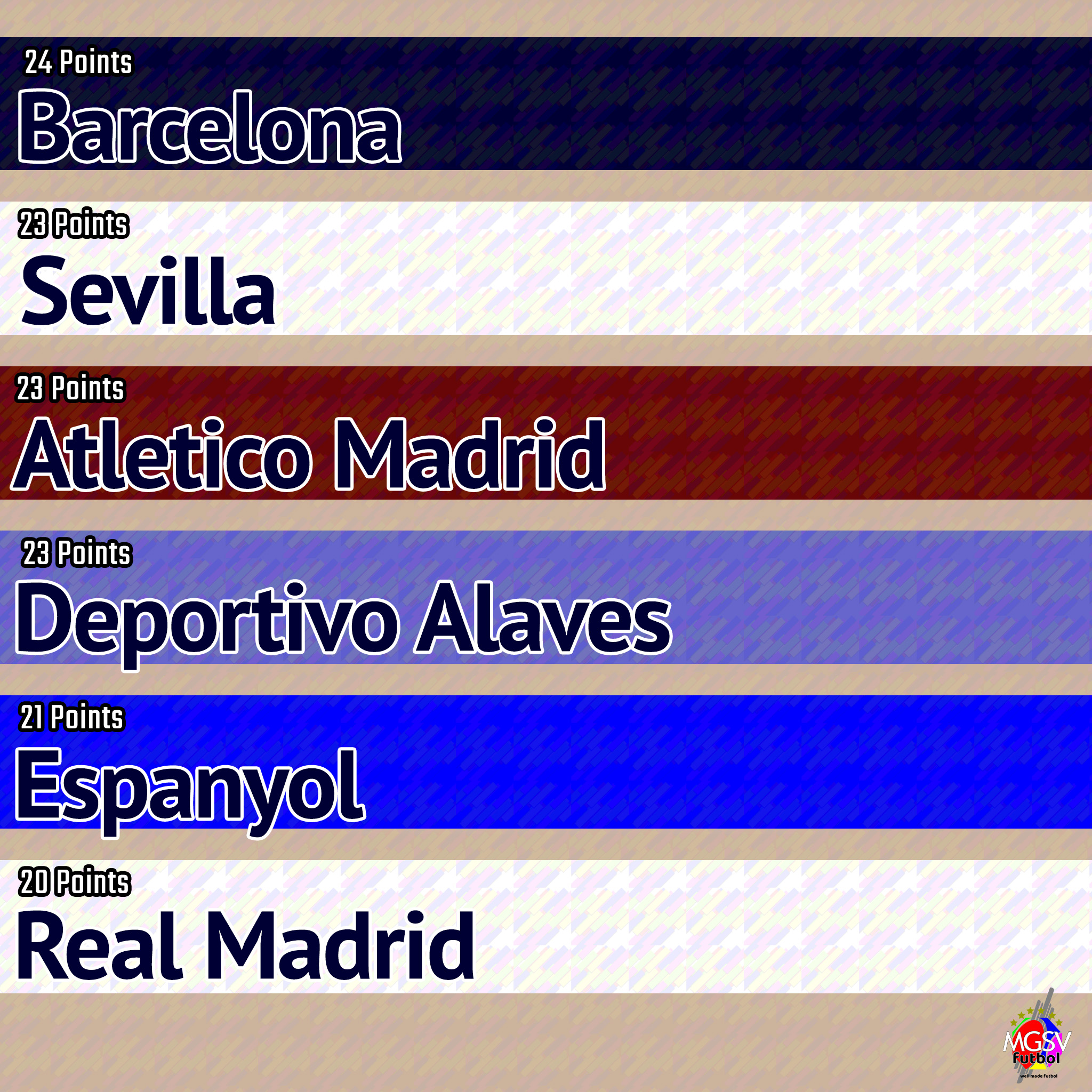 Barcelona has lots of company in the race to defend their league title. They will be facing Atletico Madrid in their next fixture with only a point separating the two sides with 4 teams hoping to capitalize on the results.

After coming from a goal down to beat Espanyol in their last fixture, Sevilla will welcome a formidable Real Valladolid side in the next round. Valladolid could throw their hat in the race for a place in European Cup competitions if they get a victory at Seville

Deportivo Alaves might be punching above their weight at the moment but the right result at Leganes will be what they are looking for to overstay their welcome. 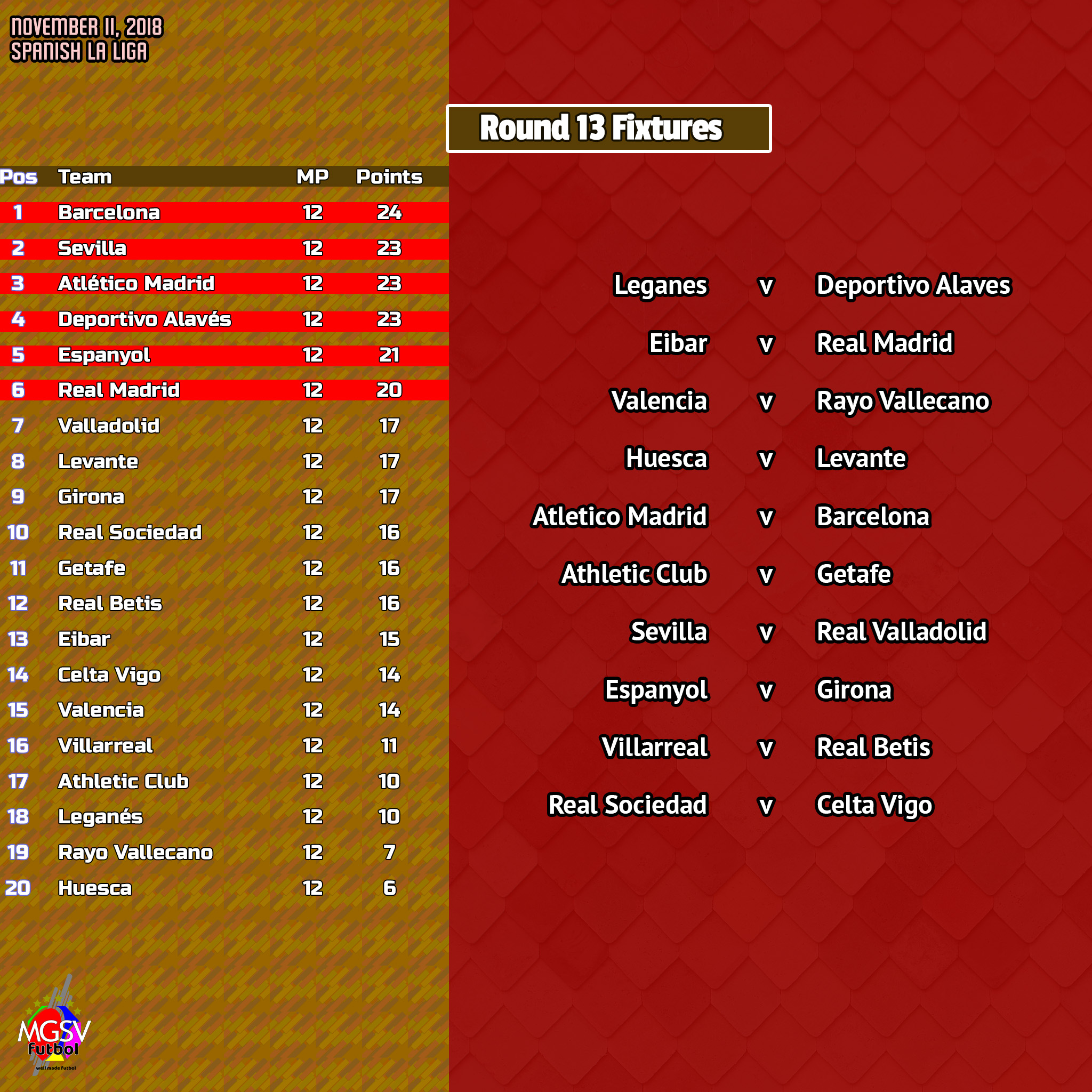 Espanyol will be hoping to make up for defeat to Sevilla in the last round against a Girona side that is just a victory away from the 20+ point group in the league.

And Real Madrid under new management will be looking to make up for their poor form under old management by getting a third consecutive league victory when they travel to take on Eibar.

How does it feel to be with the big boys in Spain? How are the newly-promoted teams faring? Any chance of being part of the 20 teams that will be involved in the coming season?

A win in twelve
Adjustment to top-flight football has been difficult for Huesca and Rayo Vallecano. Both teams have a win each from their opening 12 matches.
Off the three sides to get promoted to the 2018/19 Spanish La Liga season, Huesca got the best start by getting the maximum points from their opening match of the season away against Eibar and followed up with a draw against Athletic Club, before a warm welcome from the defending champions in a ‘8-0’ defeat at the Camp Now to Barcelona. Things went downhill from that humiliating and eye-opening defeat as Huesca has gone through their last 9 league matches without a win. (7 defeats and 2 draws)

Huesca winless run offered Rayo Vallecano earn their only victory from Huesca through a single goal. Apart from their matches against Sevilla and Deportivo Alaves, Rayo Vallecano has done well to keep respectable in all their defeats no matter how painful they might be at the moment. One of Rayo’s best opportunity to double their wins in the standings was when the team held a 2-1 lead at home against Barcelona until the final 3 minutes of regulation time.

There is always that newly-promoted side that performance above average in the first division. In the 2018/19 Spanish La Liga season, Real Valladolid is that team (so far).

Since promotion, Real Valladolid has finished a match without a point against only FC Barcelona, Real Madrid, and Deportivo Alaves have taken the maximum points from Real Valladolid.
After failing to get a win their opening 5 matches after promotion to La Liga, Real Valladolid has been able to put on a good run by going 6 (including 4 straight wins) league games unbeaten while accumulating enough points to be touching distance of a Europa League qualifying spot in the standings.

It is too soon to predict which of the three teams will remain in the top division after 38 matches but Real Valladolid is lowering the probability of not making it to the 2019/20 La Liga season.