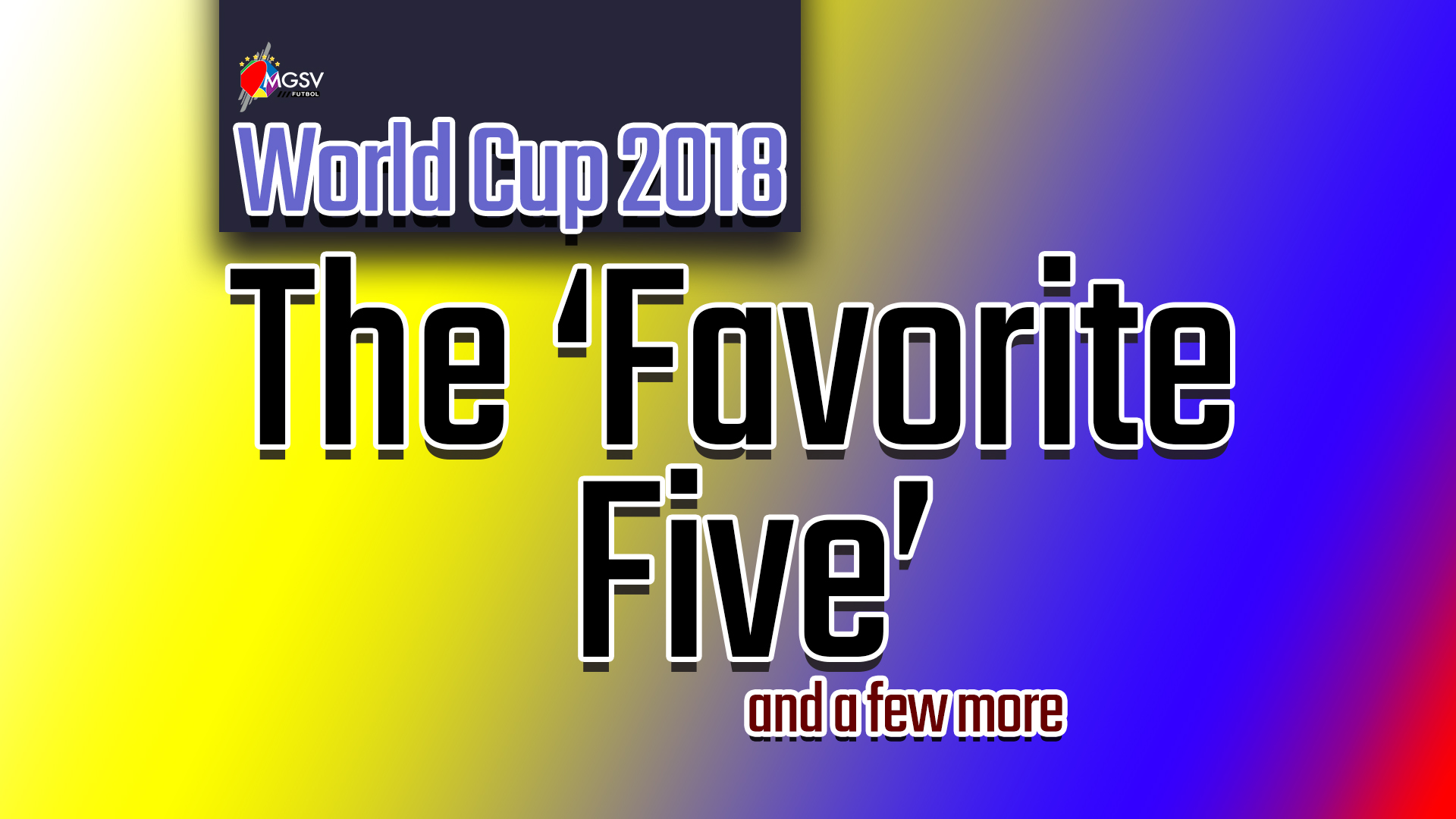 These are the teams in the 2018 FIFA World cup that are going to be tagged as ‘failures’ if they exit the tournament without getting on the podium.

Why Germany won’t live up to expectations
Another ‘favorite’ will stop them.
Defending champions from the UEFA haven’t made it past the preliminary stages since 1994.
Teams haven’t won the World Cup when ranked No.1 on FIFA’s rankings
Teams haven’t won the World Cup a year after winning the FIFA Confederations Cup
Recent results in their friendly matches have been awful.

The knockout stage of the competition is when France should begin to have their abilities tested.
Winners of the 1998 FIFA World Cup.
More than a handful for any defense.
France has a squad filled with young world class players that are very energetic and can boast of their speed in attack.

The ‘golden generation’ of Spanish football has done with was expected of them by winning consecutive major international titles; two European Championships (2008 and 2012) to sandwich a FIFA World Cup (2014).
However, Spain needs to make amends to their poor showing in the 2014 FIFA World Cup.
Some members of the ‘golden generation’ remain to be the spine of 2018 World Cup team

Why Spain won’t live up to expectations
Another ‘favorite’ will stop them
Lack of diversity in their style of play.

Winners in 1978 and 1986
As silver medalist from the 2014 World Cup, this is an opportunity for Argentina to finish the job and add another World Cup trophy to their cabinet.
Their history in football, Lionel Messi and the set of attacking options makes Argentina a major threat to all teams.

Brazil is always a favorite in a football tournament. They also seem to get better results when they are not playing as the host nation.
Record 5-times winners. The only team in the 2018 World Cup to have won consecutive titles, and the only team to have been part of every edition of the tournament.
After being disgraced by Germany in the semifinal of the 2014 World Cup, Brazil has returned with a new look. The team looks solid in all parts of the pitch and has qualify options for every position.

Why Brazil won’t live up to expectations
Another ‘favorite’ will stop them
‘Mentally’ show up to the game late.

… but if there are any other teams that will shock the football world by winning the 2018 FIFA World Cup, these are the candidates to get the job done.

Current European Champions
With Cristiano Ronaldo on your team, there is always a chance to get goals.
Their Euro 2016 title win was not done in a manner to convince us enough to include them in the list of ‘favorites’

A set of World Class players that have failed to play well as a unit. The talent on hand allows Belgium to put on a team sheet that can compete with any nation, but there has been nothing to show for it. The ‘golden generation’ of Belgian football is running out of time.

Haven’t done enough since 1966 World Cup win. The results from their World Cup qualifiers and friendly matches are promising, but England hasn’t given us the history in major international football tournaments to back them as one of the favorites.

The first winners of the World Cup. Uruguay won the first two World Cup in which they participated, but at the moment they are nothing but ‘giant killers’ in international competitions. Uruguay will be depending on veteran players to keep the team competitive.