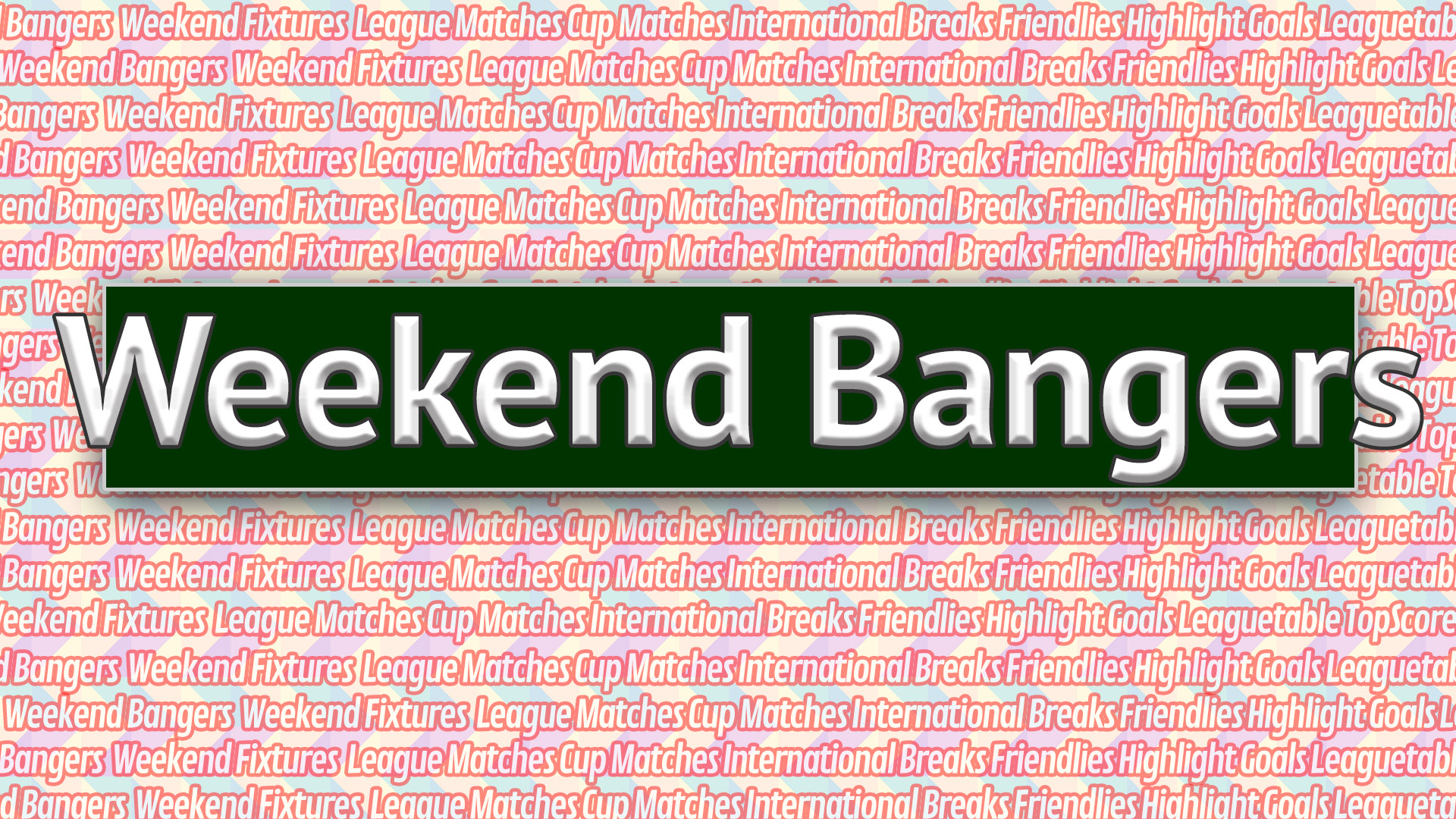 It won’t be a dull weekend. A North London derby, a West London derby, a Rome derby, El Clasico, O Classico, a Merseyside derby, and the race to avoid relegation, to get league titles, and qualify for Champions League football. 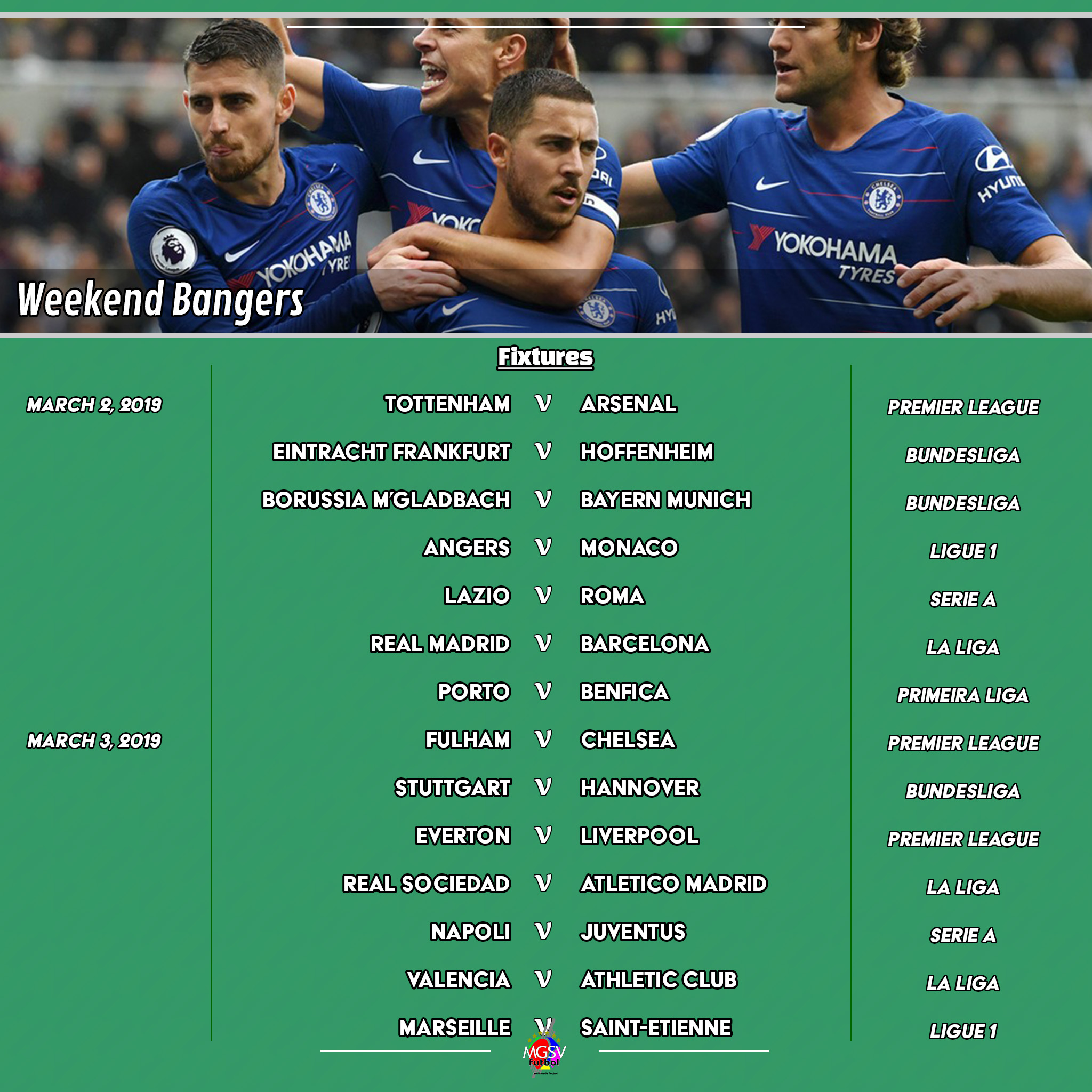 After Chelsea, Tottenham will take on another London rival.
Tottenham will be looking to avoid a third successive defeat in the league and the blowing away of a 9-point lead on 4th place within just three rounds. Tottenham will go straight into another London derby after the ‘2-0’ defeat to Chelsea.
An away victory for Arsenal will see them pull to a point away from Tottenham in the Premier League standings, while possibly causing a pile up in the race for Champions League qualification. 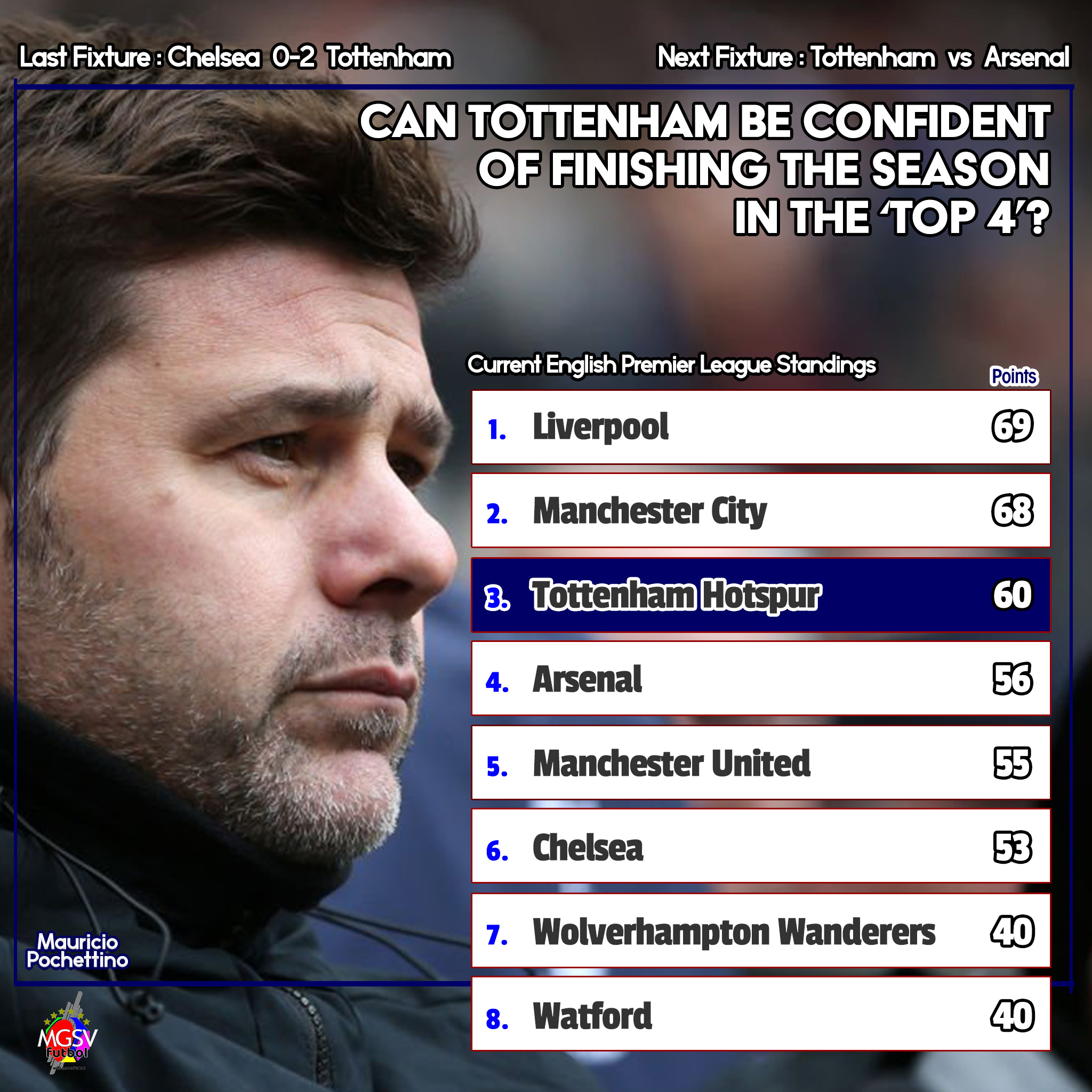 We know who Borussia Dortmund and fans are rooting for in this tie.
For Bayern Munich to keep breathing down the necks of league leaders Borussia Dortmund, they will need a win at Monchengladbach.
With 2 defeats and a draw from their most recent matches; and RB Leipzig on their tail, Borussia Monchengladbach can’t afford a third consecutive home defeat in the league.

Angers vs Monaco
French Ligue 1 – Round 27

Monaco is unbeaten since the managerial return of Leonardo Jardim. 3 wins and a draw from their last four matches has helped Monaco to climb out of the relegation zone.
Angers will be looking for a win to bounce back from their shocking defeat to bottom table Guingamp in the last round that ended a run of 3 consecutive Ligue 1 victories.

Lazio vs Roma
Italian Serie A – Round 26
Derby della Capitale

Lazio hasn’t found success against Roma in their last 3 league meetings; and this trend must change for Lazio if they want to cut Roma’s lead in the standings down to 3 points. As for Roma, win here could see them rise as high as 3rd in the league standings.
With 3 defeats and a draw from their most recent matches 4 matches and Roma having won all of their last four competitive matches, Roma is looking likely to get the win they need to push for a finish in a Champions League qualifying position at the end of the round.

Atletico Madrid will need a win against Real Sociedad to take advantage of this fixture.
Real Madrid will equal points accumulated by 2nd place city rival Atletico Madrid with a win.
For Barcelona, a point will do, but the team isn’t built for anything other than maximum points. A win for Barcelona would see them widen the gap in points between themselves and Real Madrid to 12 points, while at the very least maintaining their 7-point lead at the top of the La Liga league table.

Benfica will want the title back after Porto’s title win in the 2017/18 season denied them of their 5th consecutive title.
The winner will be on top of the league table. Porto will stretch their lead to 4 points with a win at home. Benfica will be climbing to the top of the standings with a win at Porto.

What makes their match-up with Chelsea important (outside their West London rivalry) is that both teams are desperately trying to avoid falling below pre-season expectations.
The right results to survive Premier League for another season has not been coming for recently-promoted Fulham.
Fulham’s first test after the sacking of manager Claudio Ranieri will be taking on West London rival, Chelsea.

Stuttgart vs Hannover
German Bundesliga – Round 24

A relegation battle.
Stuttgart is in position to climb out of the relegation zone with a win that is met with an Augsburg defeat to Borussia Monchengladbach.
For Hannover, this is a chance to help themselves from falling too far from the relegation play-off spot in the league.

Can Everton impact the title race with a Merseyside derby victory?
With just 10 matches left in the season, Liverpool doesn’t have enough in their lead at the top of the standings to afford to drop any point.

Real Sociedad is unbeaten in their last 10 competitive matches and has the backing of the home supporters. This is could be a tall order for Atletico Madrid to get the right result from this fixture to take full advantage of the results from this weekend’s El Clasico.

Napoli vs Juventus
Italian Serie A – Round 26

The worse outcome for Juventus will be losing their unbeaten run in the league.
At 13 points clear at the top of Serie A, Juventus has enough lead to see it through and defend their league title.
Napoli could bring some hope to the remaining teams in the lead if they get a win at home in this fixture and reduce Juventus lead to 10 points.

A goalless draw from their earlier meeting in the season, both Valencia and Athletic Club have worked their way into the top half of the La Liga standings and are sitting on 33 points each. Which side will find that will help them get comfortable in the top half?

Marseille vs Saint-Etienne
French Ligue 1 – Round 27

The most successful teams in the French league will be going at it for a place in the ‘top four. Marseille will need a win if they want to leap over Saint-Etienne in the standings.