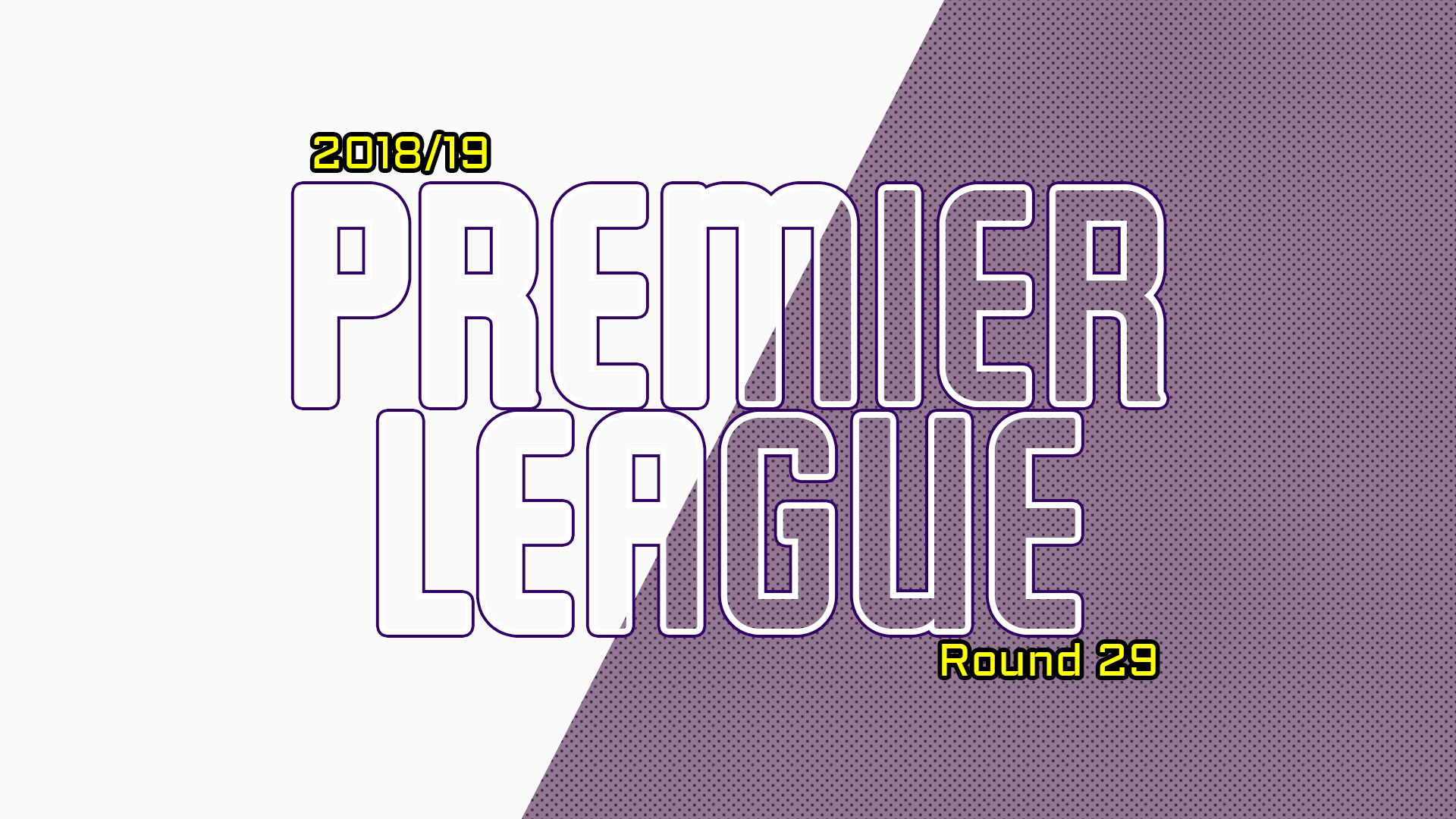 With just 9 matches left in the league, Manchester City takes a point lead at the top of the league standings after Liverpool dropped 8 points in their last 6 league matches to blow their lead.Harry Kane’s equalizing goal for Tottenham in the North London derby made him the only player in the current top 5 goalscorers to score in this round. 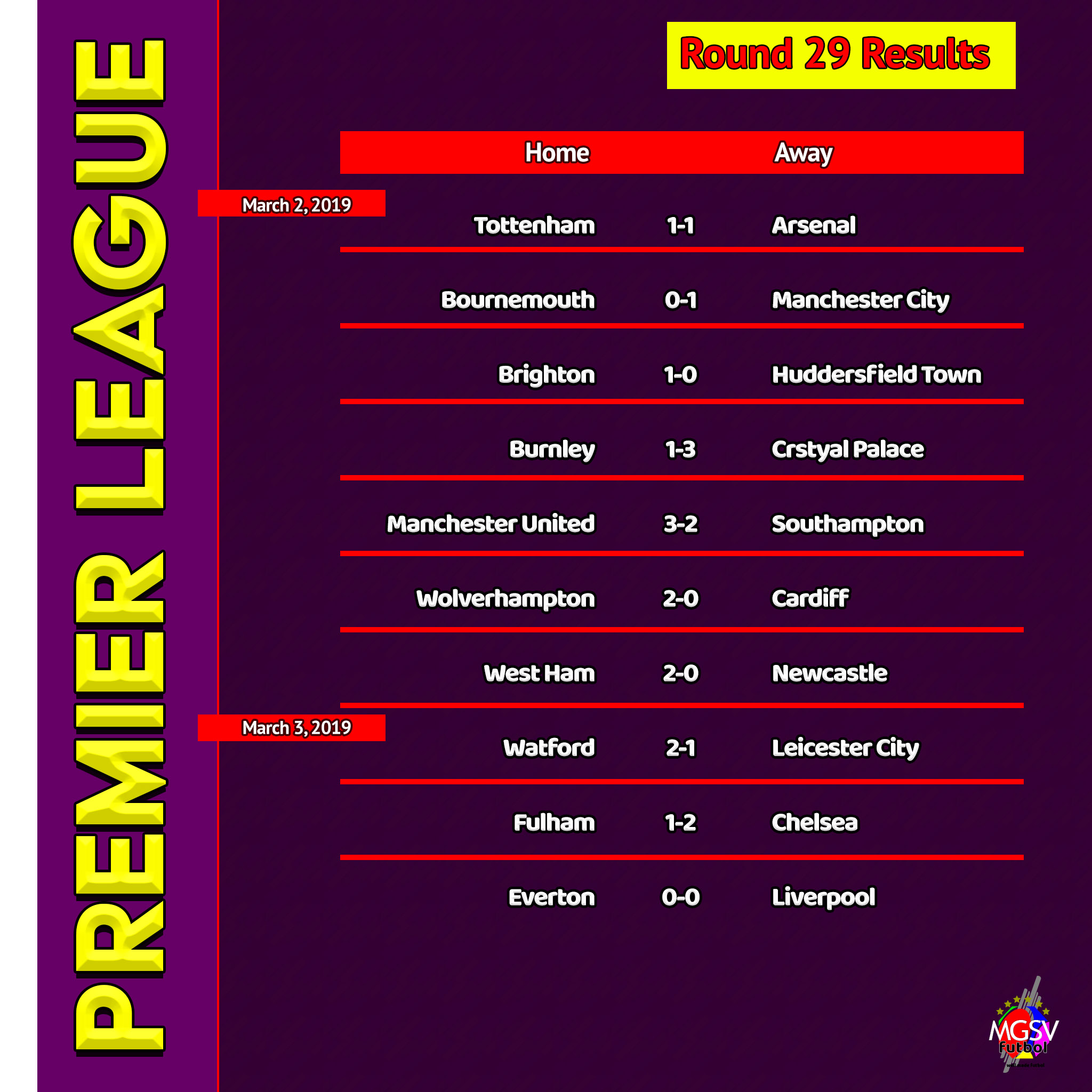 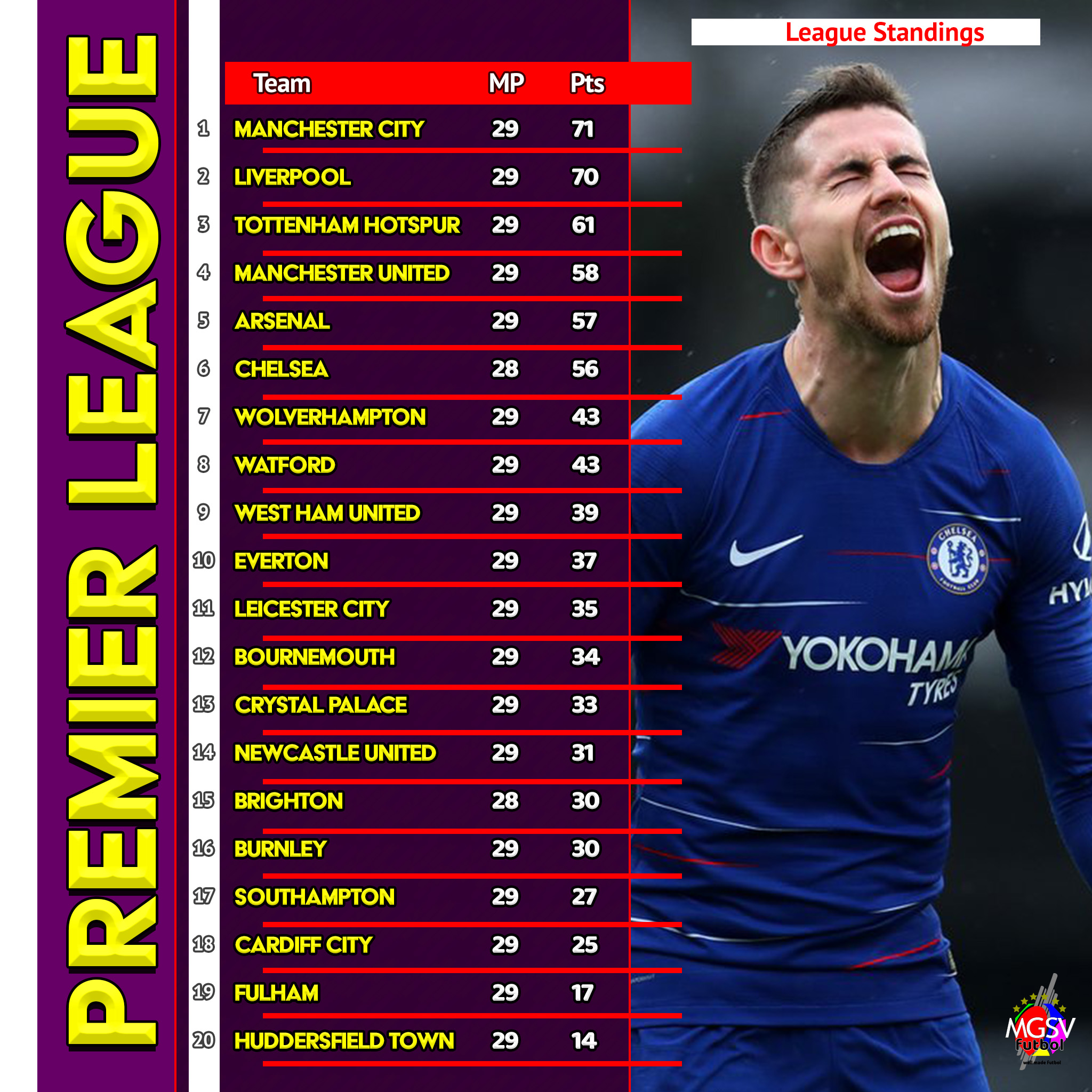 Tottenham 1-1 Arsenal
Both teams could have used the win to help in the race for Champions League qualification from the league. Tottenham kept their 4 point lead on Arsenal after an exciting ‘1-1’ draw at the Wembley Stadium.
Aaron Ramsey broke Tottenham’s high-line press to give Arsenal the lead in the 16th-minute, which was canceled by Harry Kane’s goal from the penalty spot in 74th-minute. A late penalty awarded to Arsenal was saved by Hugo Lloris to seal the point for the home team. Both sides would have wanted more from the match but will also be pleased with taking something from the North London derby. Arsenal missed a penalty and lost a player to a red card in the extra-time of the second-half.

Brighton bounced back from defeat to Leicester with a win against bottom-table Huddersfield. After a win against Wolverhampton in the last round to end a long run of 14 matches without a win (13 losses and a draw),
Huddersfield Town won’t be comfortable to their quick return to a defeat.

Burnley loses two league matches in a week a stay in the relegation battle.
Crystal Palace picked themselves up after midweek defeat to Manchester United with win away against Burnley.

Two goals in quick succession allow Wolverhampton to make up for their shocking midweek defeat to Huddersfield Town with a win over Cardiff.

West Ham is unbeaten at home in their last 6 matches after a ‘2-0’ win over Newcastle.

Chelsea wins the West London derby to keep Fulham stuck in 19th in the league standings. Sarri’s men; Gonzalo Higuain and Jorginho provided the goals for Chelsea to pick up the maximum points from Craven Cottage.

Liverpool loses top spot in the league after being held to a goalless draw at Goodison Park. The Merseyside derby ended on level terms. Everton gets a point to finish the round in the middle of the table, while Liverpool takes a back seat in the league title race.