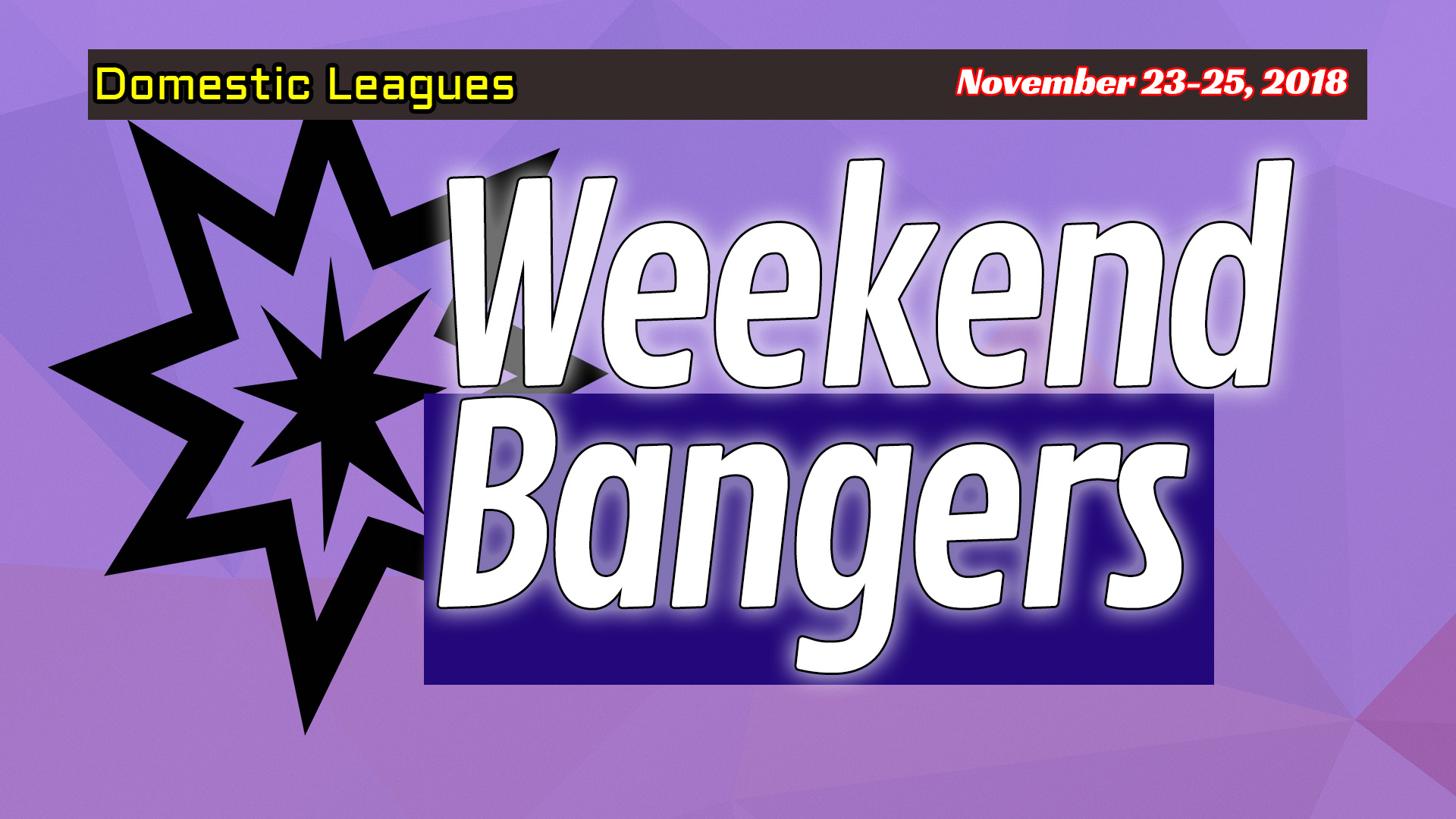 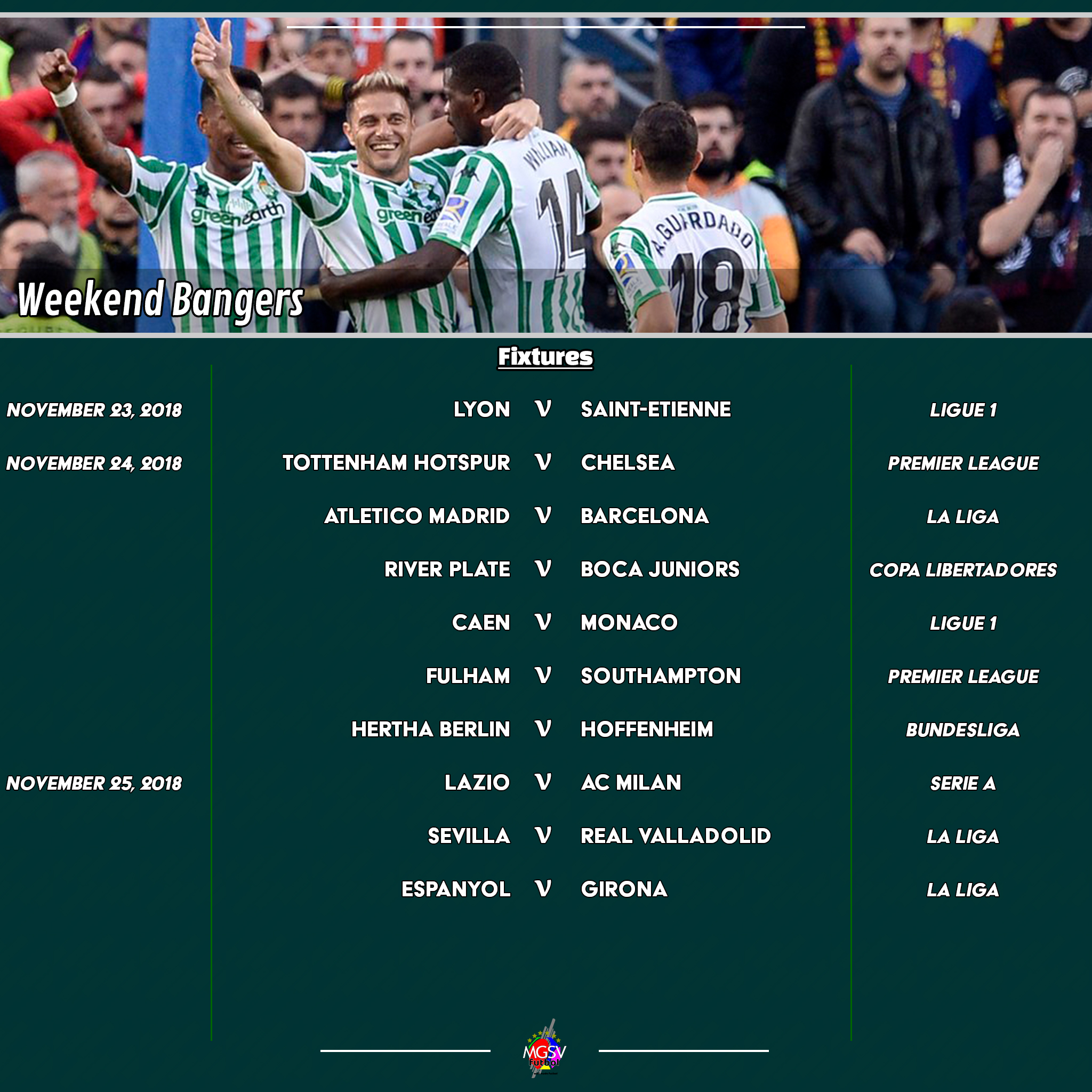 November 23. 2018
Lyon vs Saint-Etienne (French Ligue 1)
A point apart in the league standings with a potential for both teams to finish in the top four with a win. 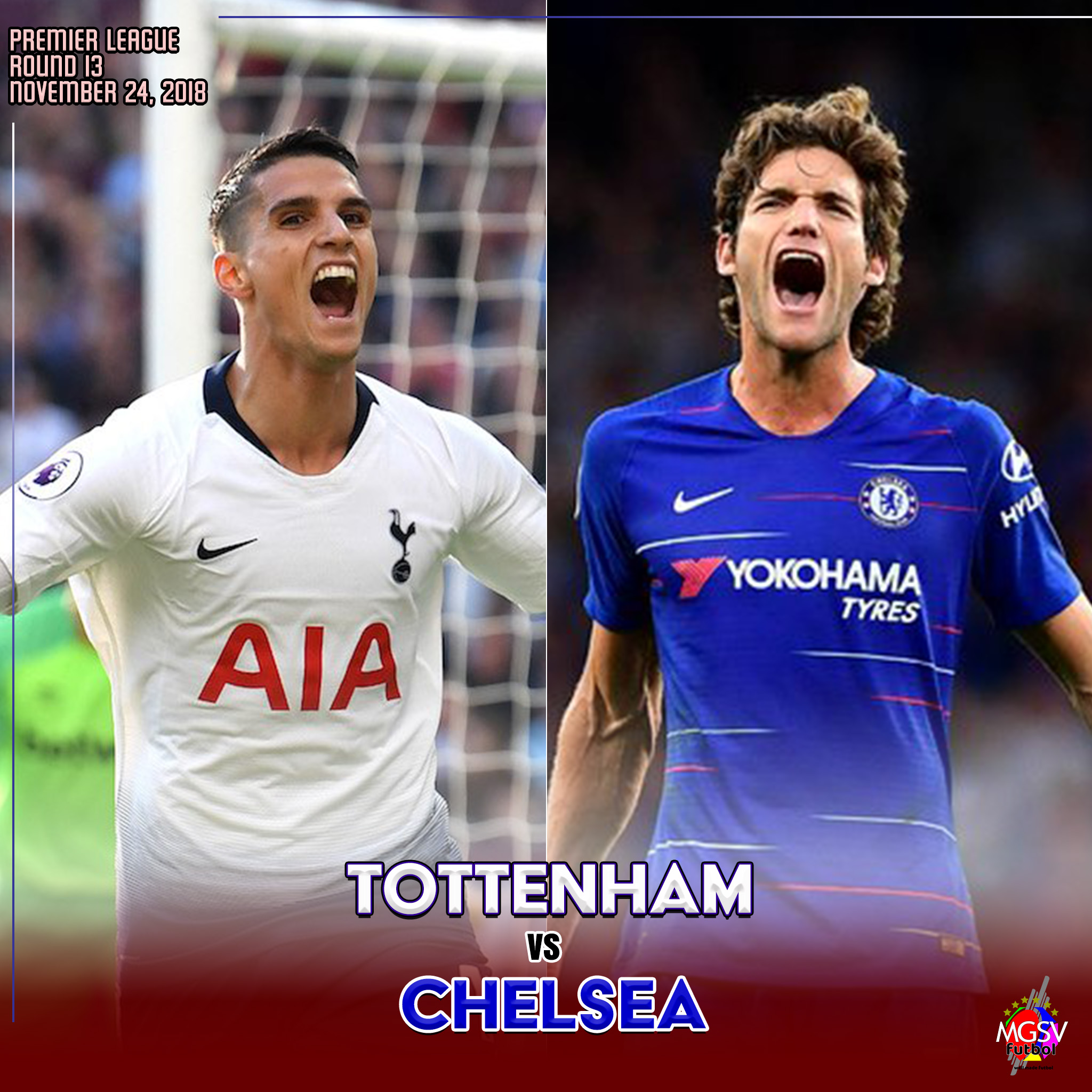 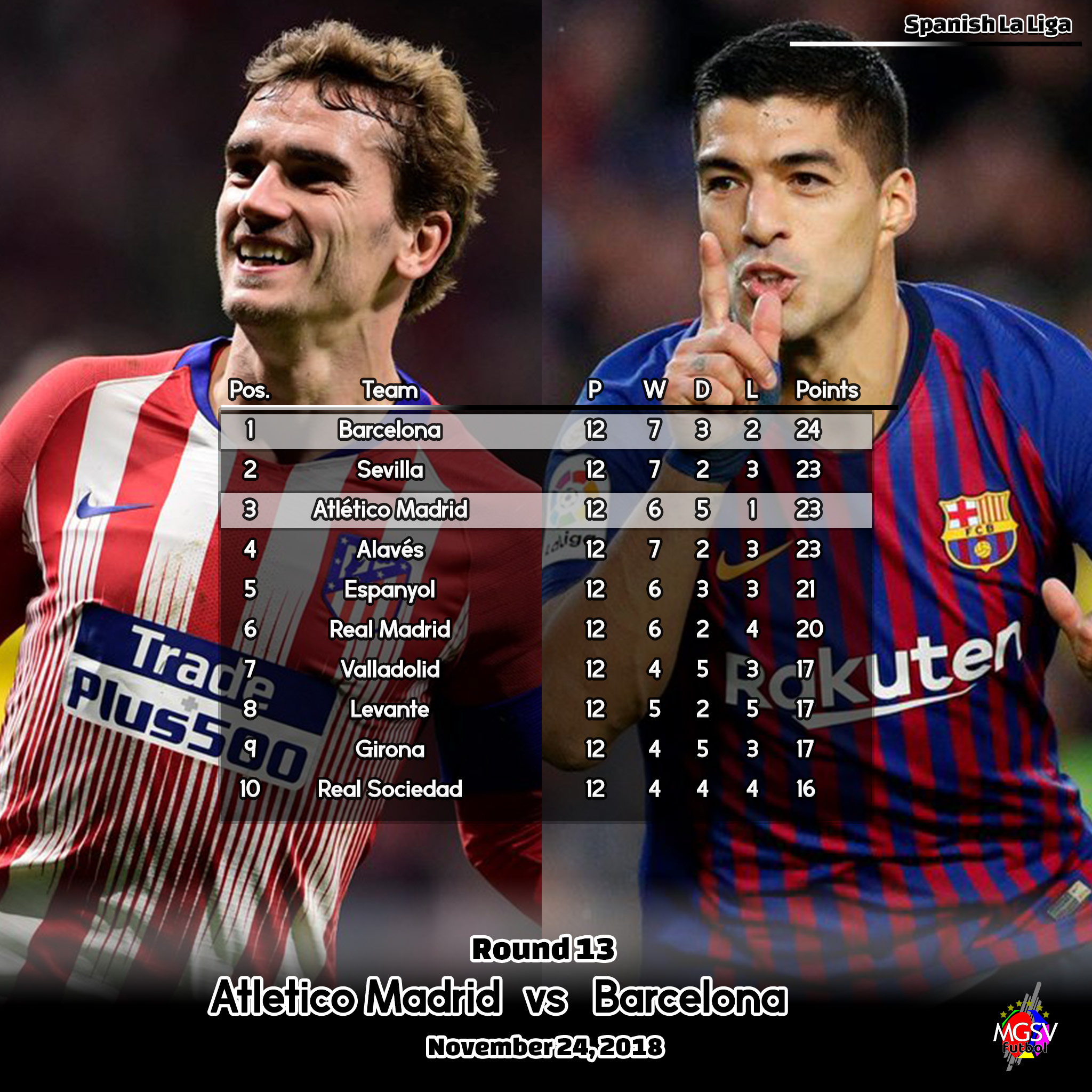 Failure to get the right result at home against Real Betis has Barcelona vulnerable to lose the top spot in La Liga standings if they are unable to beat Atletico Madrid at the Wanda Metropolitano. The top spot in the La Liga is up for grabs by all top four teams in the league standings.

River Plate vs Boca Juniors (Superclasico)
The second leg of the Copa Libertadores final.
River Plate has the away-goals advantage after a ‘2-2’ draw in the first leg at La Bombonera. What will Boca Juniors do to turn the tie around at El Monumental?

Caen vs Monaco (French Ligue 1)
Caen struggles to get results to get a win in their last 5 league matches might be Monaco’s best opportunity to end their winless run in the league and offer Thiery Henry his first managerial victory.

Fulham vs Southampton (English Premier League)
Claudio Ranieri first match as Fulham’s manager will be against a relegation-threatened Southampton. A win at home would see Fulham gather points to equal Southampton in the standings.

November 25, 2018
Lazio vs AC Milan (Italian Serie A)
A defeat at home for Lazio will see that AC Milan replaces them in the top four in the Serie A standings. Both teams have had decent run by picking up points where it was expected in recent matches.

Sevilla vs Real Valladolid (Spanish La Liga)
Sevilla would be looking to make home advantage count by sealing a victory and taking the full advantage of the clash between Atletico Madrid and Barcelona. The right set of results would see Sevilla finish the round at the top of the league standings.
Newly-promoted Real Valladolid is a win away from top potentially being in the top 6 of the league standings.